Summer is the season of ghost stories in Japan, with Obon, Japan’s holiday honouring ancestral spirits, being held in mid-August. To get into the spirit of the season, WAttention sat down with Hiroko Yoda and Matt Alt, authors of Yokai Attack!: The Japanese Monster Survival Guide, who gave us the run down on Yokai, Yurei and all the things that go bump in Japan’s nights.

Yokai Attack! is a wildly entertaining and educational illustrated guide to “yokai”. Yokai, as Hiroko and Matt enthusiastically explained, are a specifically Japanese supernatural being, and conceptually do not fit into the Western concepts of “ghosts”, “demons” or “monsters”. Different from the hovering translucent ghosts in Western culture, there is no universal agreement as to what yokai look like. There are yokai who look like animals, yokai who look like humans, and yokai who look like objects, making the term far more ambiguous than any of its English translations. Matt points out that not all yokai are scary, and while creatures such as “O-dokuro” (a giant skeleton that devours humans) are pure nightmare fuel, yokai such as “Akaname” (literally a “bathtub licker”) seem rather comical in comparison. Yokai are also not necessarily ambitious, meaning they do not always have a motive, and may just haunt someone because they feel like it. On top of these characteristics, yokai are deeply ingrained in Japanese history, literature, art and popular culture, and therefore exist in the hearts and minds of all Japanese people. Hiroko and Matt believe that understanding yokai leads to an understanding of a vast number of Japanese cultural references, and an overall deeper understanding of Japanese culture – which no doubt led to their decision to write this brilliant book.

Hiroko and Matt attribute the start of this project to Hiroko’s love of yokai. Born from her childhood fear of the “kuchisake onna” (“slashed mouth woman”), a woman-like yokai with a mouthful of vicious fangs and inhumane speed. Hiroko remembers being terrified of running into this yokai on her way home from school, and hysterically planning survival tactics with her friends. It also became very clear to the two that there were practically no books written in English on yokai, and that it was one of the last aspects of Japanese culture that had yet to be properly introduced to the outside world. Spending almost two years on the project, Hiroko and Matt endeavoured to compile this concise and witty guide to the 49 most famous yokai, and even had their own spooky experience along the way.  During the final stretch of Yokai Attack!, their computer mysteriously broke down and deleted all their data. Luckily, they were able to get majority of their work back and finish the book on time, but the pair admitted they were spooked. Whether or not they believed in yokai at that point in time, the circumstances were enough to make them cautious. Before starting their next project, Yurei Attack!: The Japanese Ghost Survival Guide, Hiroko and Matt took no chances. The two went to have an “o-harai” cleansing ceremony at the Oiwa-Inari Tamiya shrine, a Tokyo shrine famous for its part in Japan’s most famous ghost story, Yotsuya Kaidan.

Including the famous ghost Oiwa from Yotsuya Kaidan, both Yokai Attack! and Yurei Attack! feature many supernatural beings originating from Tokyo. “Ashiarai Yashiki,” literally the “foot-washing mansion”, is a gigantic, disembodied leg and foot that smashes down through ceilings demanding (yes, it can talk) that someone wash its foot. Refusal of Ashiarai Yashiki’s request results in a stamping rampage throughout the house of the unlucky inhabitant. As a result, this yokai is often depicted as being covered in blood. Ashiarai Yashiki is said to have originated in the Honjo area of Edo (present-day Sumida Ward, Tokyo), and is also associated with the Senzoku area of the Meguro ward, an area that is ominously spelt with the Japanese characters for “wash” and “foot”. Yokai Attack! cleverly maps out these areas and more for its readers, making it not only a survival guide, but also an adventure guide of sorts.

Overall, Yokai Attack! is a great read that firmly pulls you into the world of yokai and the supernatural side of Japan. Hiroko and Matt expertly craft each yokai’s profile so that no reader is left with any questions except for “when can I see them?” While yokai may be hard to actually meet in the wild (not to mention potentially terrifying), Yokai Attack! introduces plenty of spots in Tokyo and other regions of Japan for the adventurous traveller to seek out and experience the origins of the legendary creatures. So venture out in the dark this summer, and spend your nights discovering Japan’s mysterious yokai. 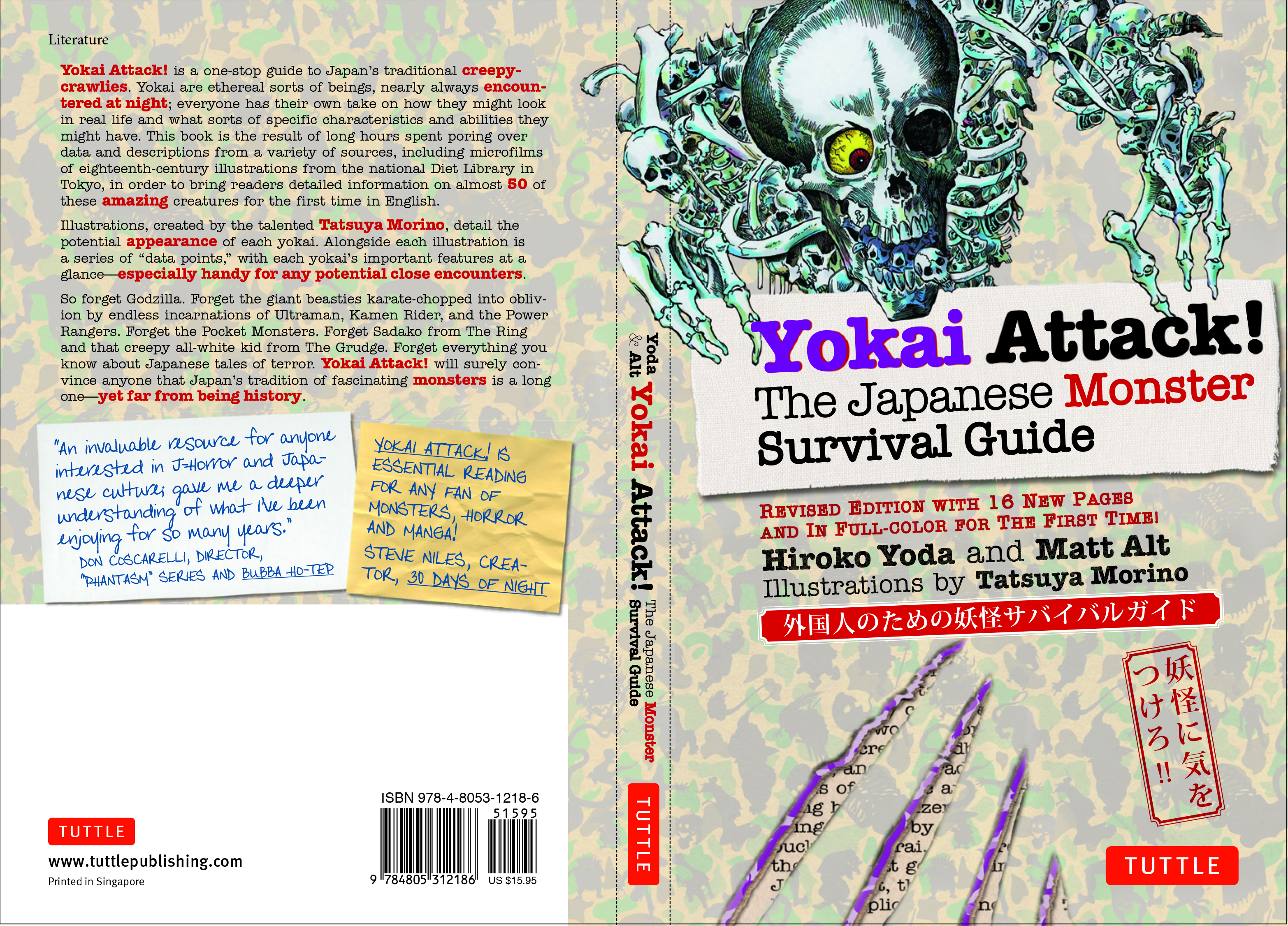 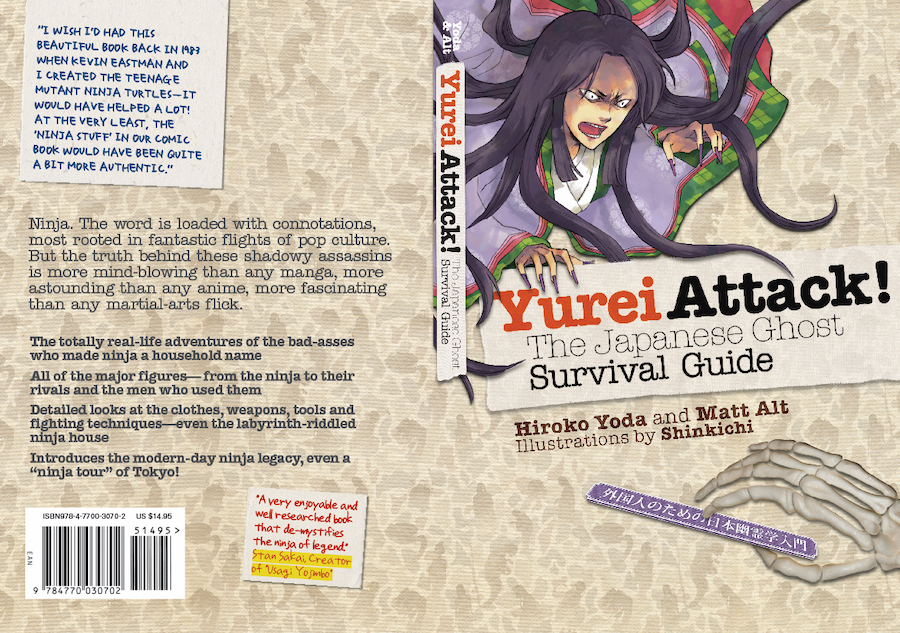 ” Yokai Attack ! The Japane s e Monster Survival Guide” (Tuttle Publishing, 2011) and ”Yurei Attack! The Japanese Ghost Survival Guide” (Tuttle Publishing, 2011) are factual and fun to read guides to traditional Japanese monsters, ghosts, and spooky culture in general. They are available online, at your favorite book retailer, and sold in Japanese stores that carry English-language titles, such as Kinokuniya Books. 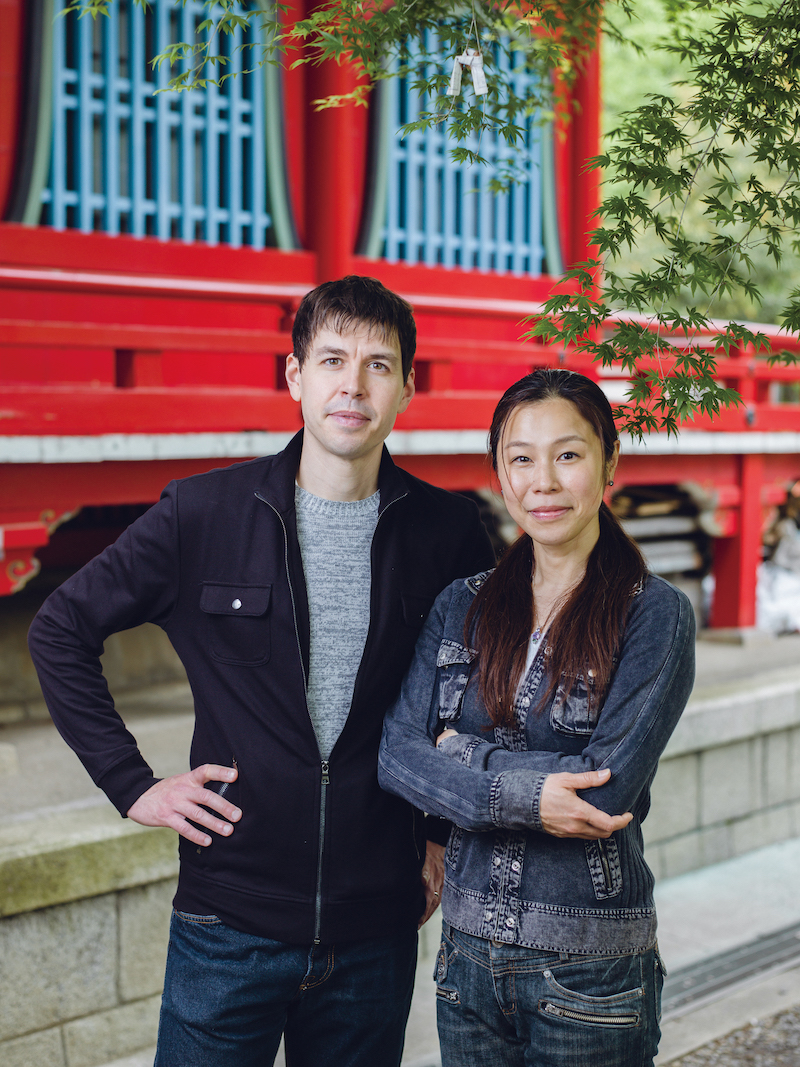 President of AltJapan Co., Ltd., a Tokyo-based company specializing in the localization of Japanese entertainment such as games, comics,
and literature.

Co-founder of AltJapan Co., Ltd. and a co-host of the NHK World TV series Japanology Plus.