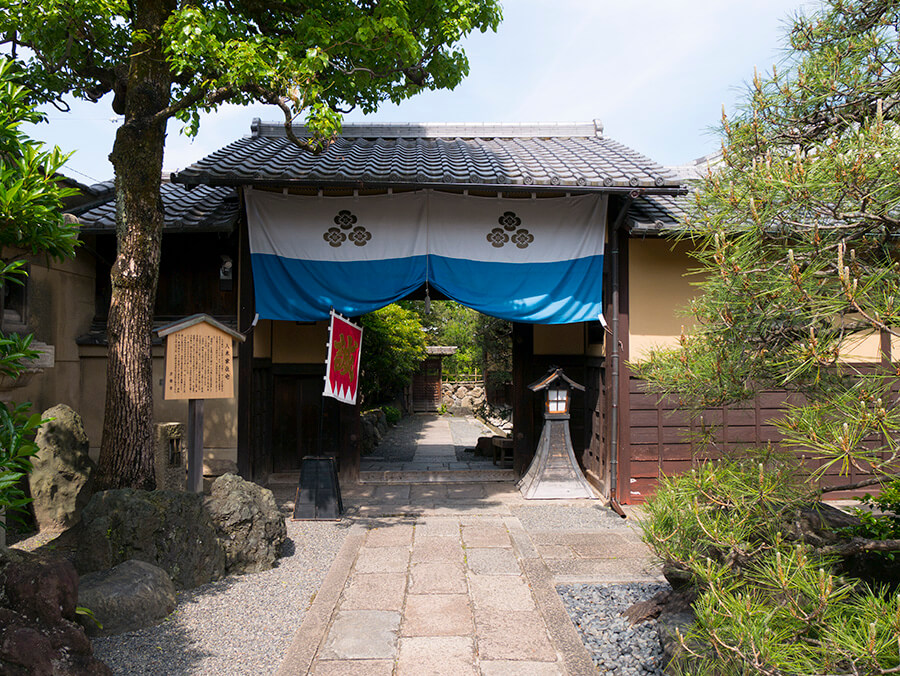 In central Kyoto is a small temple called Mibu Dera with a somewhat special link to Nishi-Honganji. During the late 19th century both places housed, for a short time, the now famous special police force of Kyoto, the Shinsengumi. Many people come to see the special Mibu Kyogen (comedy plays), designated as one of the National Important Intangible Folk Cultural Properties. They attract a big audience during Golden Week, Setsubun and a special weekend in October. But the real majority comes to visit the birth-and final resting place of this band of samurai. 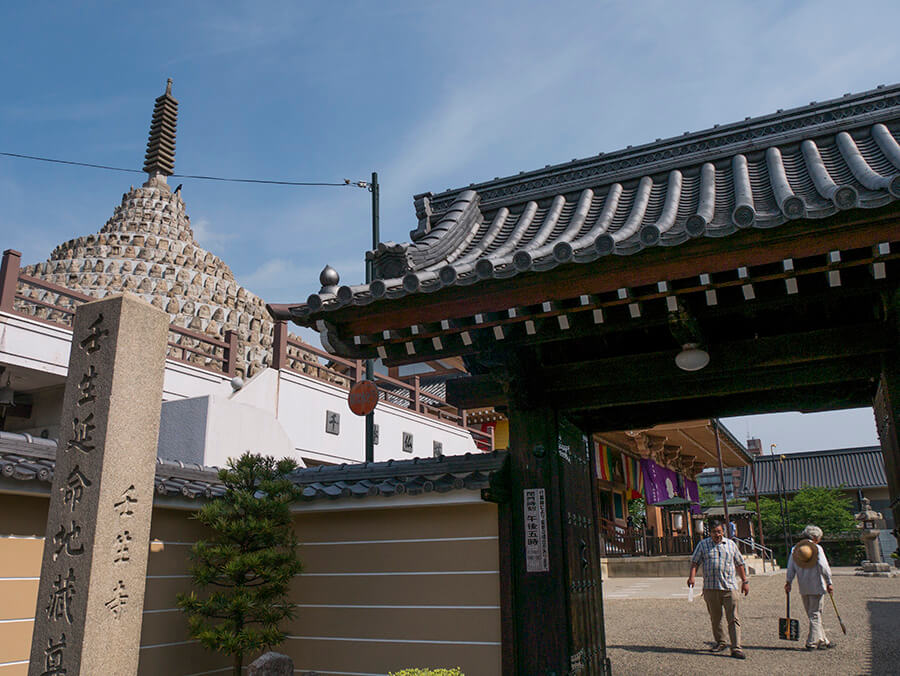 According to the stories, Mibu Dera Temple was established by the order of Emperor Shomu(r. 724-749) but the actual founder was Kaieken, a monk of another temple in the Mibu district in 991. This makes Mibu Dera one of the oldest temples in Kyoto. The entire temple was destroyed by fire in 1788 and while rebuilding they turned the stage for the Mibu Kyogen performances into separate structure. 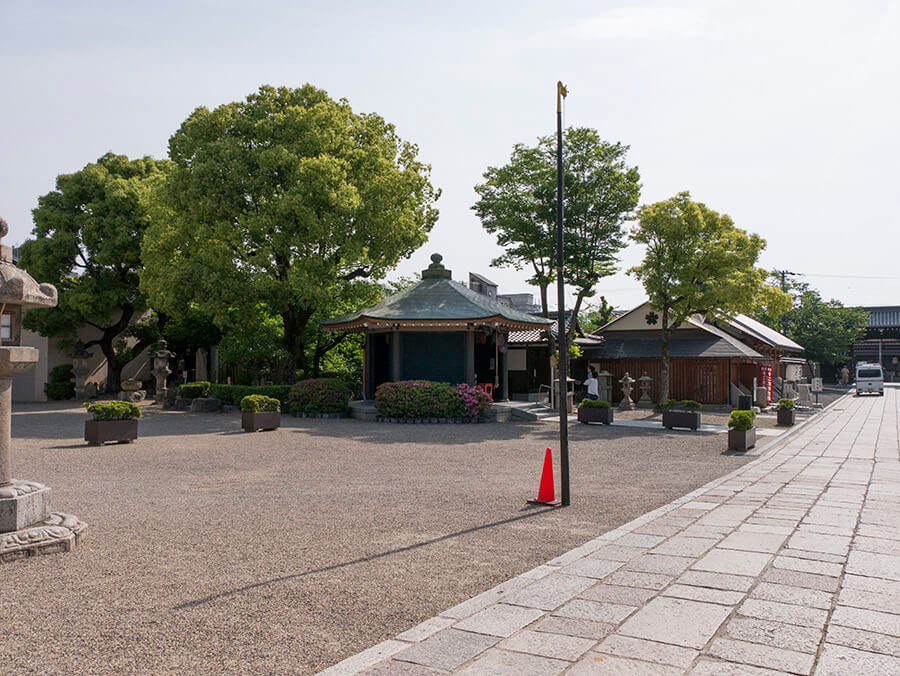 People often call the Shinsengumi a group of samurais, but in actuality most of its members were not part of the samurai class. During Edo period Japan you were either born a samurai or earned this status through vigorous efforts. After coming from Edo(now Tokyo) the Shinsengumi settled in Mibu to protect Kyoto, which was the capital of Japan at the time. They did this on a voluntary basis to serve the Shogun, then ruler of Japan, who they revered. This seems noble, but most inhabitants of Kyoto can only remember the Shinsengumi as a violent troupe, causing trouble wherever they went. Due to this behaviour they earned the nickname “Wolves of Mibu”. In modern Japan the Shinsengumi is heavily romanticized in novels, manga and Tv-series because of their loyalty to the way of the samurai and an old system that was facing extinction due to a forced Western influence. 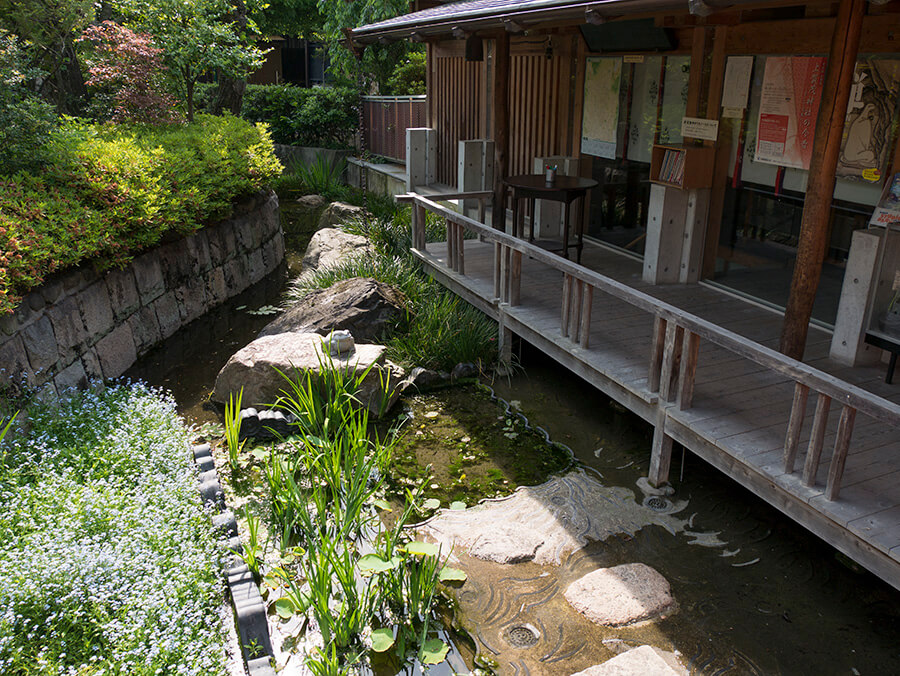 On the temple grounds there is a small garden area with a commemorative stone and plaque, honoring the members of the Shinsengumi. In this same area is a bust of their commander Kondo Isami, who was beheaded on suspicion of assassinating Sakamoto Ryouma, an important Japanese reformer who changed Japan’s government to a more Western model. In reality, they still don’t know who was actually responsible for the murder.

Right next door of Mibu Dera is the old house of the Yagi family. This is where the Shinsengumi’s core members met and made plans. The entrance to the house has a white and blue banner. This was the color of the Shinsengumi’s uniform and it was considered very flashy during their time period. The kanji on their signature red banner flag is the same as on the back of their haori (kimono jacket), 誠 (makoto), which is short for 誠忠 (seichuu) meaning “loyalty”.

Unfortunately you are not allowed to take photos inside the house but it is a very interesting visit. Inside, the guide will show you katana marks on the ceiling and wooden beams from real sword fights by the Shinsengumi. You will also get a brief history of the group with details as to what rooms they used in the house.

Whether you are already familiar with the Shinsengumi or not, the guide gives an amazing tour and it is the perfect opportunity to learn more about Kyoto during the time of the last samurais.

Access: A 8-min walk from Hankyu Omiya Station and Shin Omiya Station (you will see signboards when leaving the station).
Hours: 8:30am-4:30pm
Mibu-dera Admission: Free
Yagi-Kei Admission: 1,000 yen including a cup of matcha and a traditional Japanese sweet.