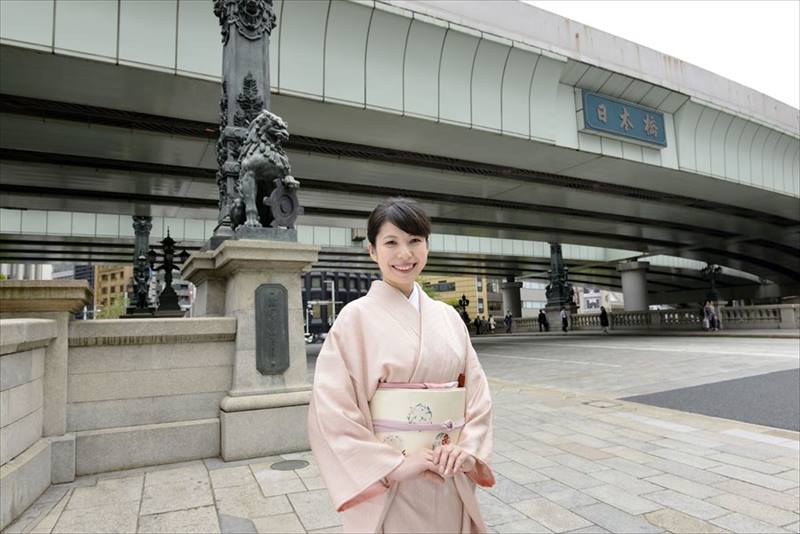 Nihombashi is best explored on foot, and preferably in traditional Japanese garments for a taste of the heart of Edo. Take a virtual tour around Nihombashi with the 26th Chuo City Tourism Ambassador, Ms. Asami Kure.
Ms. Kure clinched the 26th Chuo City Tourism Ambassador prize to become Miss Chuo in 2007. She now serves with a smile as Team Leader for the Sales Operation Division at the Nihombashi Mitsukoshi Main Store.

Get a glimpse of what Nihombashi was like in its past glory and present grandeur at these historical sites. 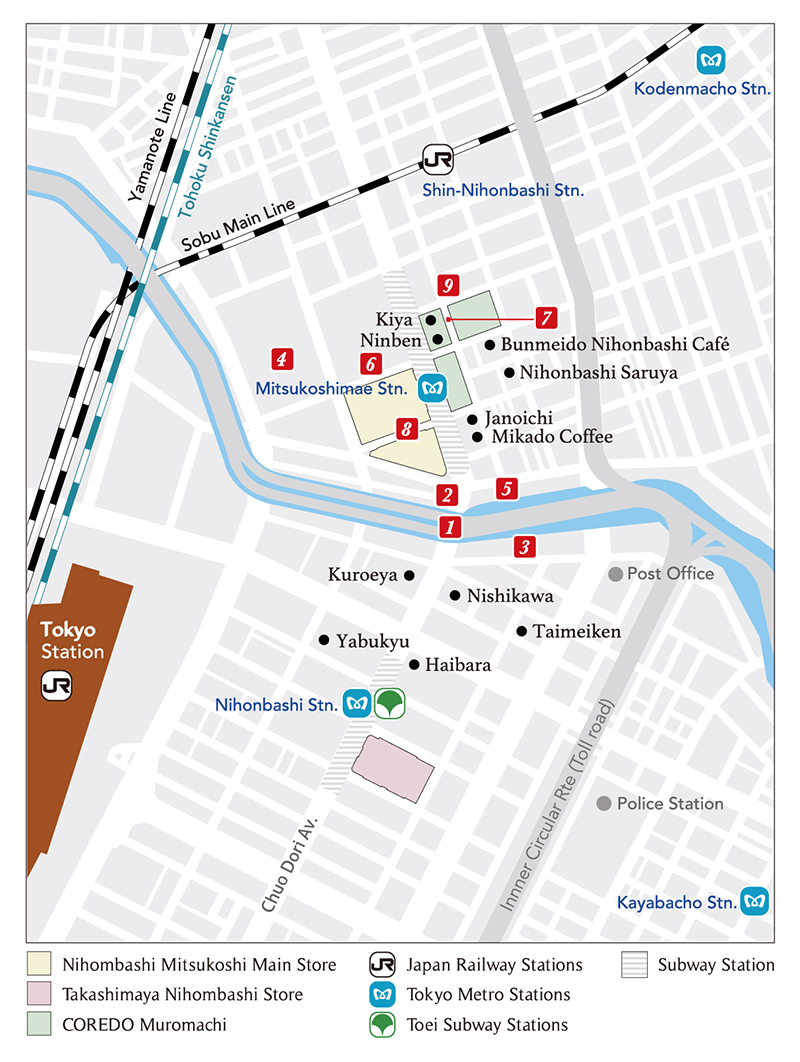 2: The Road Origin Marker of Japan

6: Bank of Japan (the Old Building)

First built in 1603 by Ieyasu Tokugawa, the first shogun of the Tokugawa Shogunate who unified Japan, this symbol of the area has been rebuilt 19 times. The original bridge was made of wood, but the current bridge is made of stone and features statues of mythical creatures on the parapets.

2: The Road Origin Marker of Japan

Located right in the middle of Nihonbashi bridge, this continues to mark the official starting point for Japan’s highways. 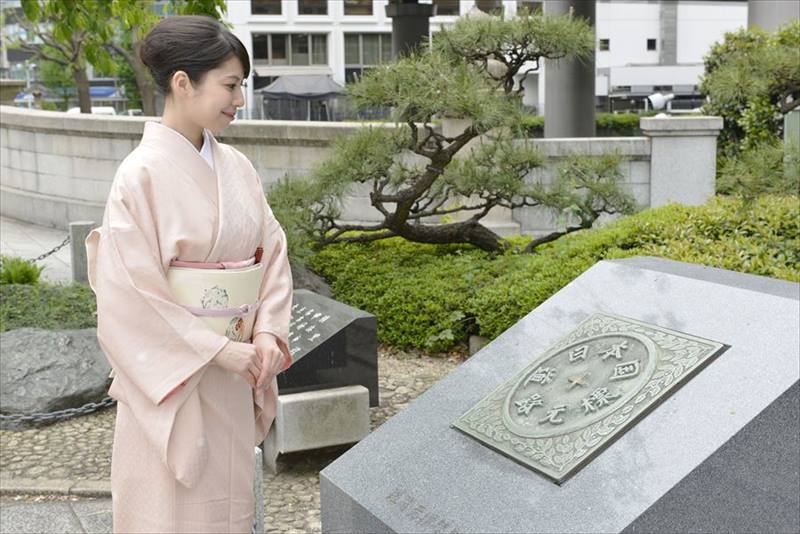 Before Tsukiji Fish Market, there was the Nihonbashi Fish Market. This stone plaque commemorates the first fish market in Nihonbashi that was run by some 30-odd fishermen from Osaka. 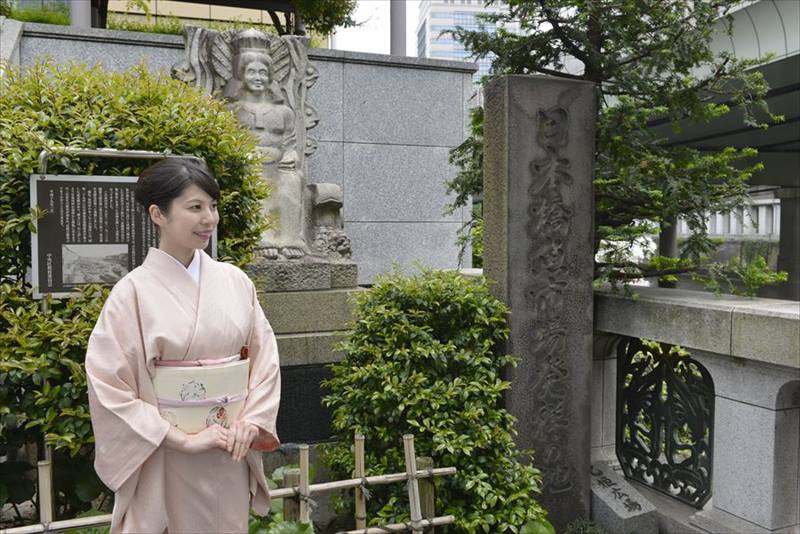 The headquarters of Nomura Securities was built in the 1930s and features a “Japanese-style modernism” design. 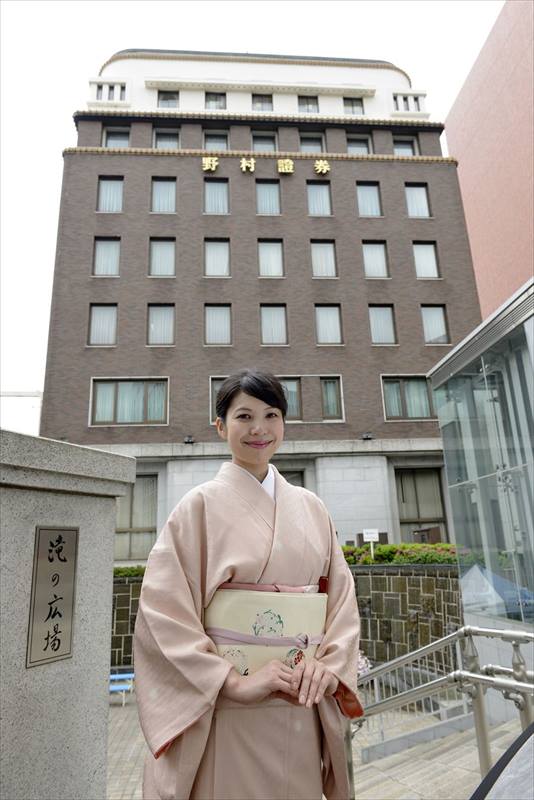 Built in 1914, this renaissance-style white brick building had an extension added in 1935 to reach its current form. It was also where the first escalator in Japan was introduced. 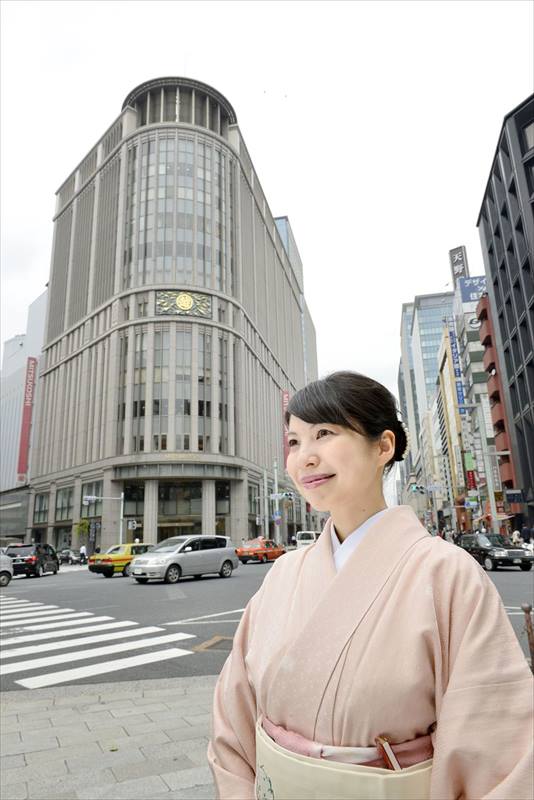 6: Bank of Japan (the Old Building)

This neo-baroque style building shares the same designer as the grand old dame, the Tokyo Station. Completed in 1896, it was modeled on the National Bank of Belgium and is designated as an Important Cultural Property. 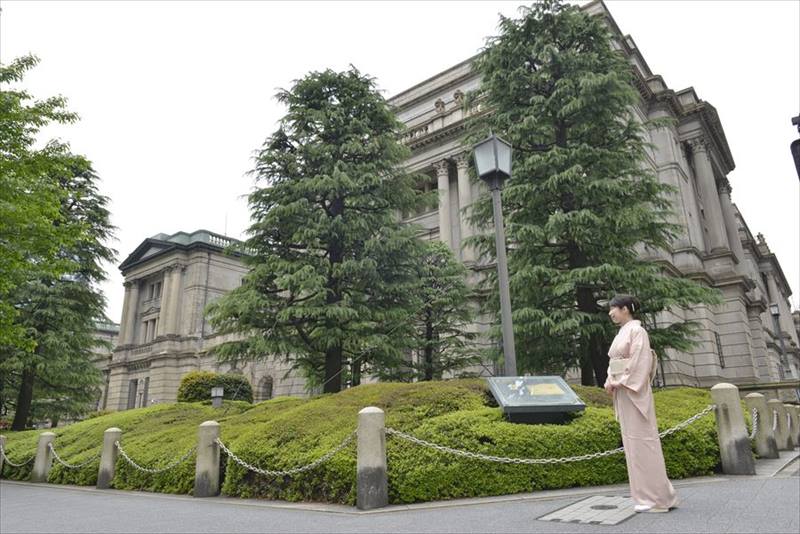 Opened in 2005, this museum houses many valuable Japanese and Asian works of art. The western-style structure created in the early Showa era has been designated as an Important Cultural Property. 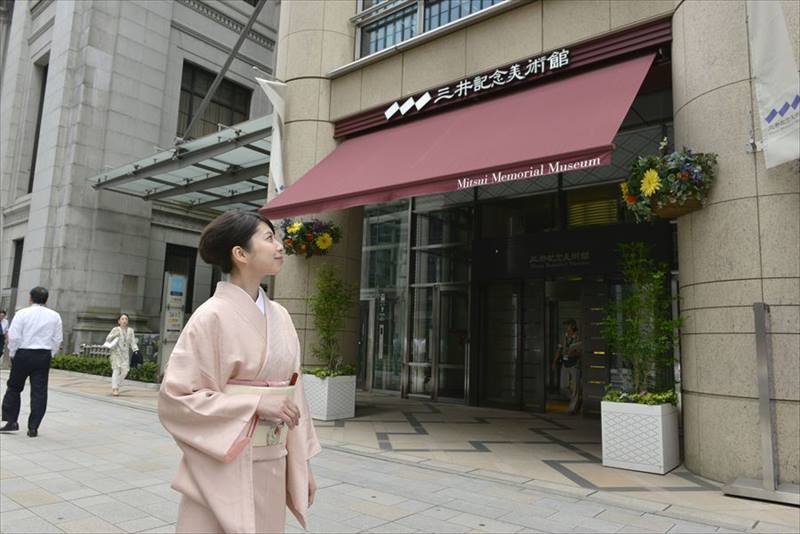 Also called Mebuki Shrine, this shrine is said to have been around since the late 9th century and visited by famous shoguns.

A 50m stretch lined with restaurants, cafes and shops with a modern twist to traditional Japanese culture, this road recalling the pavements of the Edo era is pedestrian-only on weekdays and holidays from 11am to 8pm. 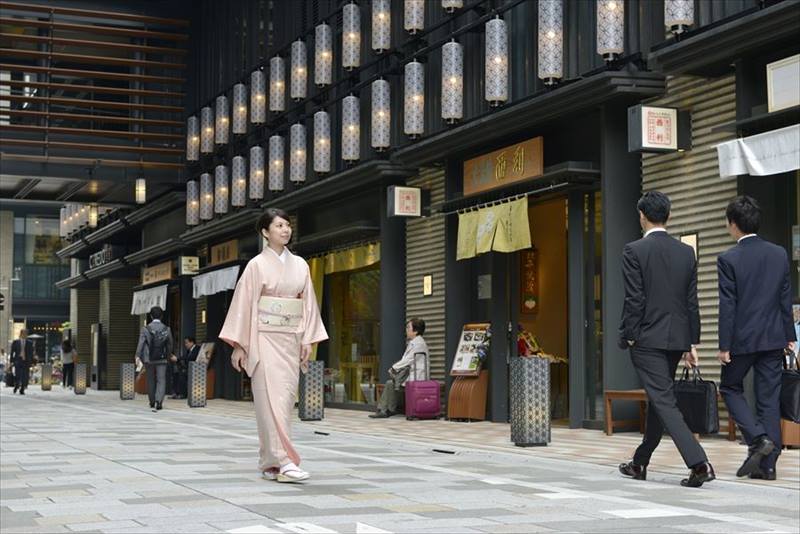