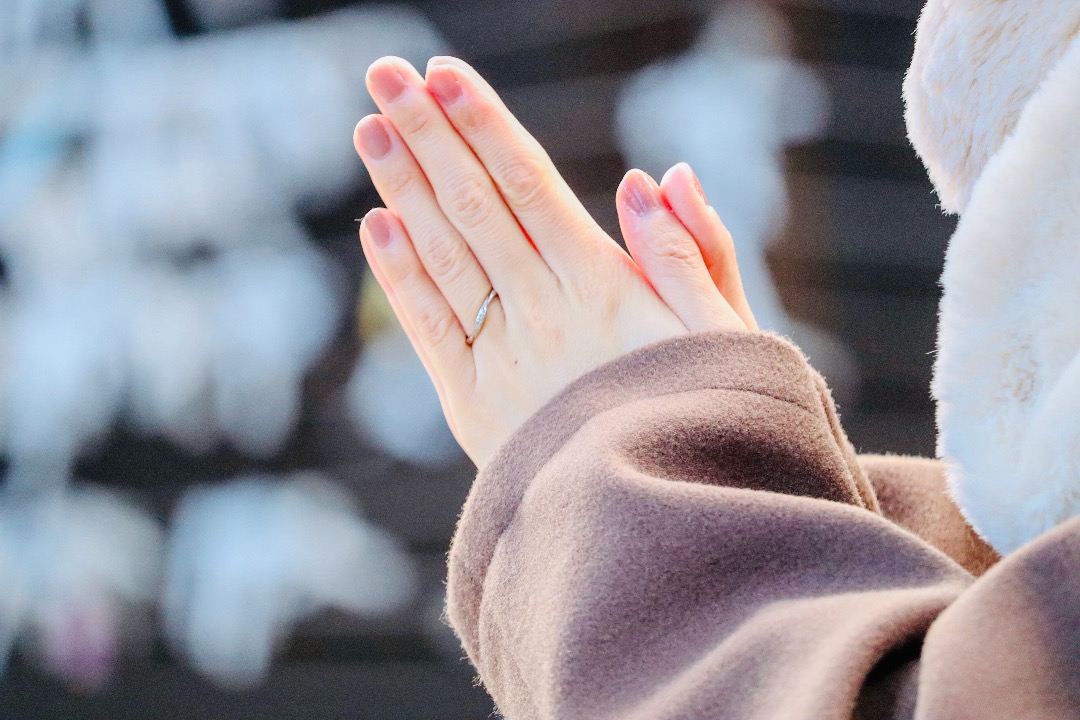 The New Year’s holiday is one of the most important events on the Japanese calendar. During the Edo period, everyone was one year old at birth (because they counted the time you were in the womb) and aged one year on New Year’s Day. The beginning of a new year symbolizes a fresh start and people do a thorough cleaning of their homes before stepping into the new year. By the way, according to the Chinese zodiac, 2021 is the year of the Metal Ox in Japan.

What is the History of Hatsumode

The first shrine visits on New Year’s date back to the Heian period (794 – 1185) when the head of the household would pray at the family’s shrine in a secluded room. During New Year’s, a god is supposed to visit each one of their shrines to give blessings. People wanted to lessen the burden on the gods by going out and visiting the shrine. During the Edo period (1603 – 1868), praying on New Year’s changed from a secluded room to a public shrine. People would pray at the shrine nearest to that year’s eho (恵方), or “lucky direction”.

Hatsumode was a way to celebrate going from the cold winter to the milder temperatures of spring. The coming of cherry blossoms and growing plants signals a new beginning. When Japan entered the Meiji era (1868), the Japanese government decided to have a standardized calendar instead of the ever-changing Japanese lunar calendar (1873). This made New Year’s day fall in the middle of winter instead of the beginning of spring. 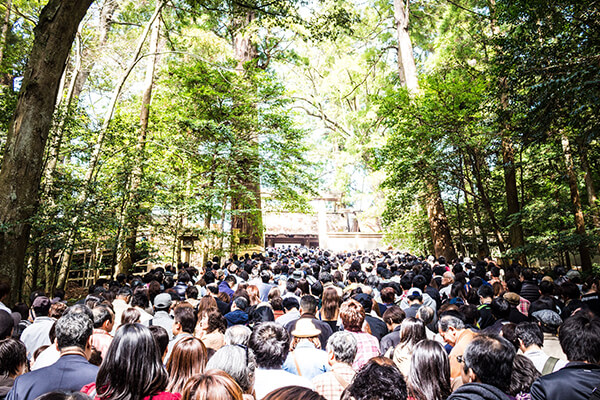 Where to go for Hatsumode

After having celebrated at a Buddhist temple everyone heads to a Shinto shrine to pay their first respects of the year. This may happen right after midnight, as shrines are open with hot food and drink stalls to keep warm. Usually, people visit the shrine for hatsumode during the New Year’s holiday from January 1 through January 3. However, you have roughly until the 7th of January to visit a shrine.

For the best luck, it’s good to follow your eho and visit the nearest shrine. After all, this god is closest to your home and can thus provide the best protection. However, here are some popular shrines to visit for hatsumode in Japan.

Asakusa is famous for being an area filled with Japanese tradition. Besides the well-known Senso-ji Temple, Imado Jinja is also a popular place for prayer just a 15-minute walk from Asakusa Station. Imado Jinja is a top shrine to visit for hatsumode for people hoping for luck, wealth, love, and finding a good partner for the new year. It also happens to be the birthplace of the popular meneki-neko which you may have seen waving customers in at the front of shops.

As a major gateway for traveling to, from, and around Japan, Narita in Chiba is a suitable home for Narita-san Shinshoji Temple which is known for offering good luck related to traffic safety. This massive temple founded in 940 is also a top destination for hastumode at the beginning of the year.

Atsuta Shrine sees plenty of visitors for hatsumode during the New Year’s holiday. If you happen to be visiting Nagoya during this time of year, Atsuta Shrine is well worth a visit. Mostly people come here to pray for safety for the homes and families. Also, the shrine offers good luck for business prosperity.

Nikko stuns visitors with its abundance of Japanese nature and culture, and Nikko Toshogu Shrine is one of the area’s main attractions. People come here to pray for longevity and the realization of an earnest wish. Additionally, it is important because it is the final resting place of Tokugawa Ieyasu.

Not too far from Tokyo, Kanagawa’s Samukawa Shrine grants traffic safety and protection from evil from all directs. There is also a beautiful garden worth strolling through after praying for protection.

Likely one of the most famous temples in Japan, Sensoji Temple in Asakusa sees massive crowds of visitors throughout the year. The area is especially packed as people flock there around the New Year’s holiday for hatsumode. Visitors pray at Sensoji Temple for business prosperity, safety for homes, and good academic performance.

The Ise Grand Shrine in Mie is dedicated to the sun goddess Amaterasu. It is considered by many to be the most sacred shrine in Japan, and receives around 6 million visitors each year. The shrine grants home safety and easy childbirth.

For couples, Izumo Taisha is the place to be for a hatsumode prayer, because it offers good luck in marriage and for your home. Although there aren’t any records of when it was built, many believe it to be the oldest shrine in Japan.

Tenmangu shrines are dedicated the Heian period scholar Sugawara Michizane who came to be associated with the Shinto god of education, Tenjin. In fact, the shrine was built around his grave. For this reason, Dazaifu Tenmangu Shrine grants good luck in academics and job hunting.

What to Wear for Hatsumode 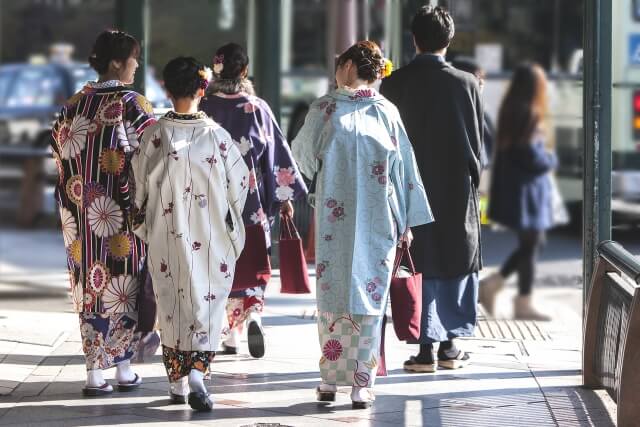 Of course, you could wear whatever you like for hatsumode, as long as it is respectful and warm! If you go during the day you will definitely spot people dressed in kimono amongst the thousands of people queueing to pray for the shrine. Many people will be dressed in kimono for hatsumode as a formal gesture to the shrine or temple. When visiting Japan there are many places where you can rent a kimono. So if you want to make your first prayer of the new year extra special, you can borrow a kimono for hatsumode.

Besides paying respect, people buy charms and bring their old ones so the temple can burn them. It is unlucky to throw away a charm as a god is believed to reside in it. You can bring any charm you don’t want anymore to a temple and they will professionally take care of it for you. 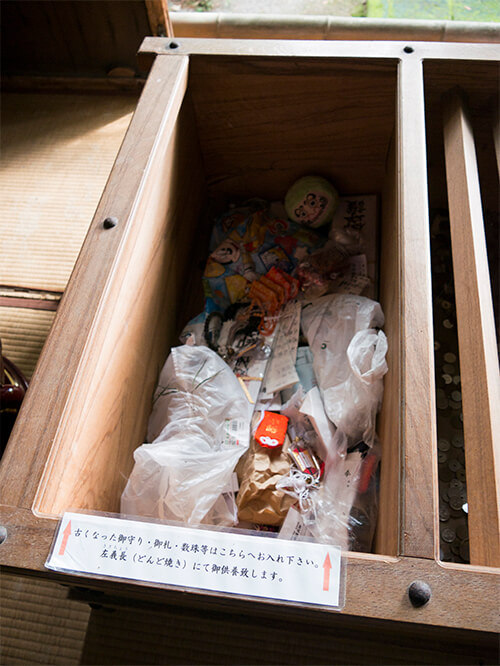 Buy a mikuji (fortune telling paper) from the Miko (Shinto priestess) and see if this year will be a good one. At big shrines they usually have English mikuji for foreigners, so don’t worry if you can’t read Japanese. If you have a paper with bad luck you tie it to a branch near the shrine, preferably a pine tree. The words for “pine”(松 matsu) and “wait”(待つ matsu) sound similar. Your bad luck will wait by the tree instead of staying with you. 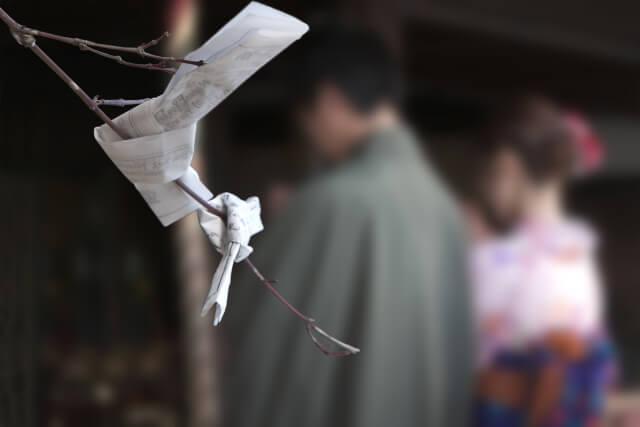 According to an old belief, you should not make a detour when returning home from the shrine. In order not to “spill” any of the good luck, you need to take the shortest way back. If someone died in your family last year you are advised not to visit a shrine either, as “death” is seen as impure. Each shrine and temple has a different view of death, so some shrines might have no problem with this.

According to an old belief, you should not make a detour when returning home from the shrine. In order not to “spill” any of the good luck, you need to take the shortest way back. If someone died in your family last year you are advised not to visit a shrine either, as “death” is seen as impure. Each shrine and temple has a different view of death, so some shrines might have no problem with this.

If you’re still unsure of where to go, you can check out this shrine guide for Hatsumode (Japanese only). 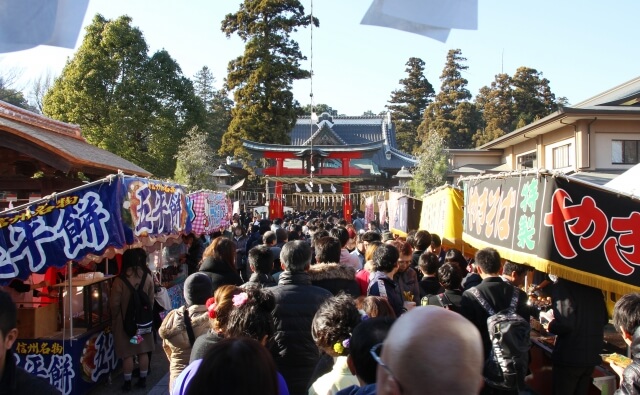