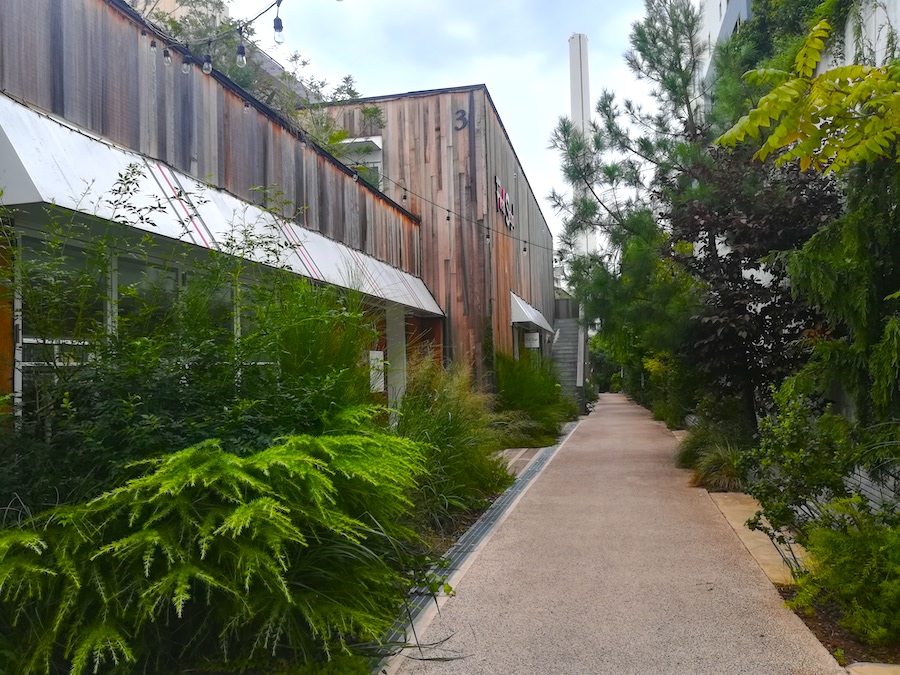 Vibrant and lively, yet laid back, the stylish Daikanyama area is a well-known hangout for Tokyoites. Only a short walk from the dizzying Shibuya Crossing, getting lost in Daikanyama might be one of the most local Tokyoite things to do. Daikanyama is one of the parts of Tokyo that has an international spirit and is even known as the home of many embassies. People have been explaining Daikanyama’s vibe through comparisons like “Tokyo’s Little Brooklyn” or “Tokyo’s Little Europe”, because it embraces all international trends, from food to fashion. Here, you can see the city evolving, developing and changing, while staying true to its roots, protecting its cultural heritage and extending its traditions and crafts into modern businesses. Streets are calm, and sitting down to take a deep breath and enjoy the surroundings is a common theme.

The Building Blocks of Daikanyama's History

As is the case with most modern cities, skyscrapers were not always there, and Daikanyama’s name contains the character for ‘mountain’ (山, yama). The other part of its name, ‘daikan’ (代官) is the title of a local magistrate or governor back in the Edo period (1603-1867). There are culturally significant properties pointing to other eras as well, like the Sarugakuzuka Tombs, which are ancient burial mounds dating back to around 6-7th century, and the early 20th century Kyu Asakura House from the Taisho Era (1912-1926).

Indeed, architectural landmarks which are inspired by the area also give a spirit to that area. What gave Daikanyama the chic and international vibe of today was actually the pioneering modern architecture of the times, in the form of a public dwelling complex known simply as “Daikanyama Apartments,” which served as one of 16 such “Doujunkai apartments.” Built in 1927 at the very beginning of the Showa era, these apartments were part of the post-Kanto-earthquake reconstruction efforts. From the best water supply and gas system, to the first earthquake-proof technologies, no cost was spared to make them the most cutting edge, advanced architecture of the time. “Build it and they will come,” the famous saying goes, and people did exactly that. The ultra-modern Daikanyama Apartments attracted modern cultured people, which came to slowly shape the chic international Daikanyama spirit of today. Even as the apartments were aging and changing, many vintage-style boutiques and cafes were drawn in by their contrasting retro look fifty years later and are still a Daikanyama constant today. After more than half a century though, the Daikanyama Aparatments had to be demolished, but Daikanyama Address was built in its place to usher in the new millennium as the new popular residential complex.

A new wave of modernity 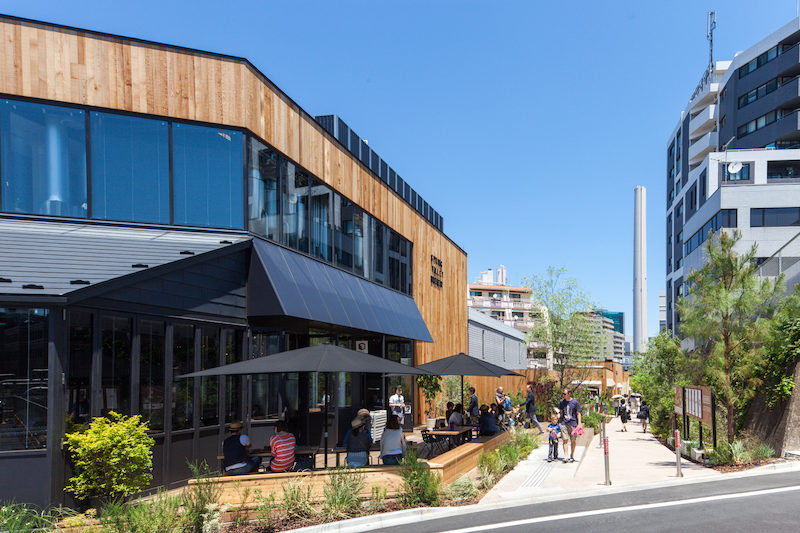 When you scratch the surface, other Daikanyama landmarks are linked as well, like the Asakura family building a Shinto shrine on top of the ancient Sarugakuzuka Tombs in 1910s-20s. Later, starting from the 1960s, the Asakura family gave part of their land to the architectural complex that made Daikanyama trendy and famous for the second time after the Doujunka apartments. Daikanyama Hillside Terrace Complex, built in several stages up until 1990s, was designed by famous architect Fumihiko Maki and is one of the finest examples of modernist architecture. Its plateaus and plazas and corners were perfect for distinct fashion stores and international shops and restaurants, causing even more of these to flock to the area. The 7th and last part of Hillside Terrace was finished in 1998.

Stepping into the 21st century, the Daikanyama reputation of always being stylish and international was cemented. In 2011, the Daikanyama T-Site bookstore complex was opened just opposite Hillside Terrace, and it builds upon the architecture style of its predecessors. The most recent Daikanyama landmark is the LOG ROAD complex, similar in its use of open space and with a relaxed and stylish atmosphere that has come to represent Daikanyama’s brand. From the wooden Asakura Residence, to the wood exterior of LOG ROAD, it feels like the architecture has come full circle. Even beyond the materials and form, all of these iconic buildings – spanning more than a century between them – are inviting the visitors to do the same: enjoy, discover what’s IN, and just be there. 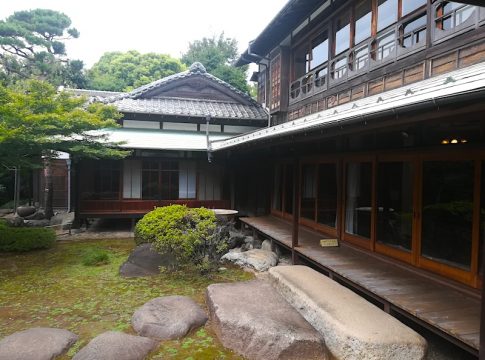 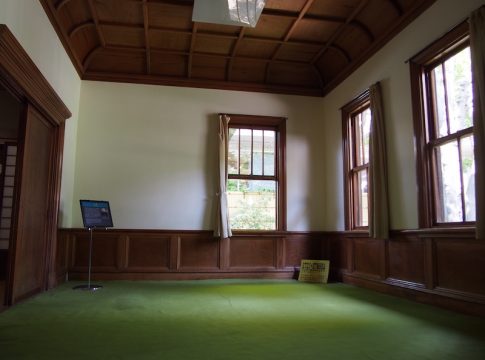 This elegant Japanese house with its gardens, as serene and tranquil as if they were deep in the mountains, is a rather peaceful spot to explore a traditional Japanese residence. Built in the Taisho era (1919) for the politician Toraijiro Asakura, it is one of the examples of Western influence, as it includes a room decorated in Western fashion, within the classically Japanese architecture layout of the house. This residence was declared an Important Cultural Property in 2004 and is a public museum. The Asakura Residence tends to be less crowded, so you are encouraged to sit down and enjoy the gardens or read the haiku poems composed in a haiku event that is held at the very same place. 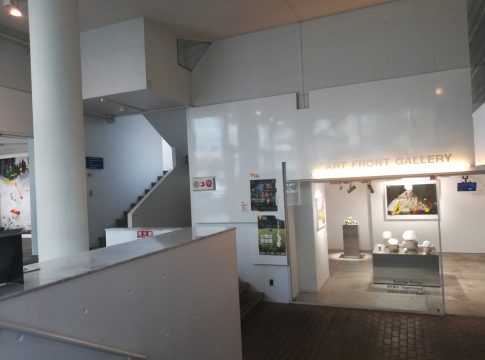 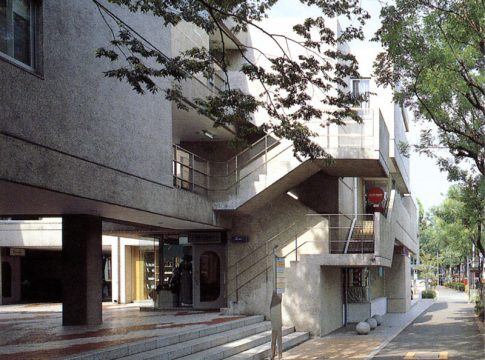 An important landmark for modern Japanese architecture, this complex has been built in several stages from the 1960s to 1990s. Daikanyama Hillside Terrace is home to galleries, cafes, boutiques etc, and the architect Fumihiko Maki intended for the complex to have multilayered public spaces, exciting to discover when you walk through it. 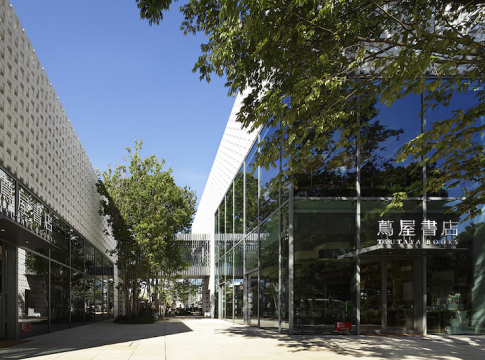 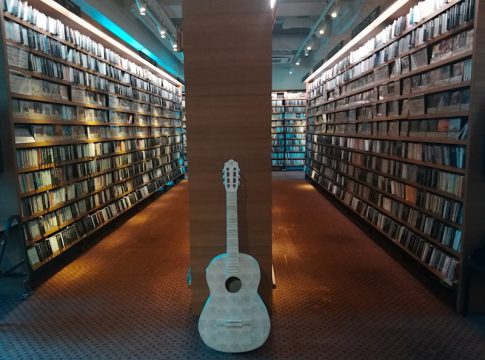 This 3-building complex is heaven for bibliophiles and coffee fans. It has a great selection of books in English and a myriad of cozy nooks where one can sip a drink, read and relax. In addition, it has a magazine lane, and a whole floor dedicated to CD-s and DVD-s. This upscale bookstore of the Tsutaya Books chain wows even before setting a foot in, with its award-winning architecture of minimalistic interwoven Ts and the incredibly inviting tables and greenery in between the 3 interconnected buildings. 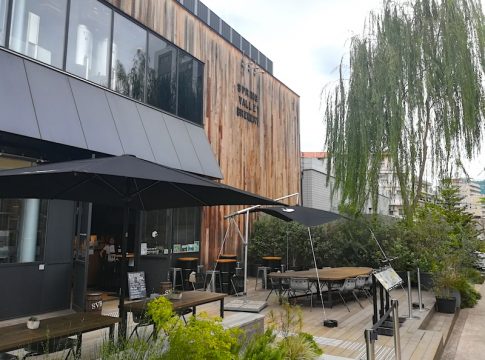 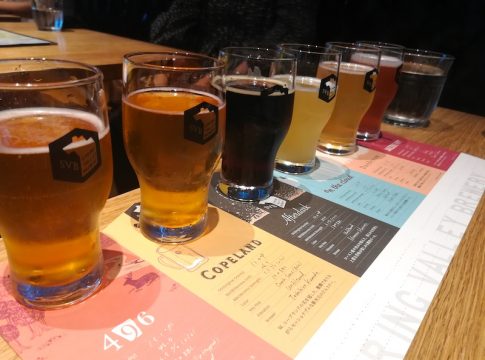 A minimalistic wooden chic complex, home to the latest trends, both when it come to stylish brands and cool cafes and restaurants. Public spaces and designer benches surround LOG ROAD, but the main gathering spot here is the Spring Valley Brewery, where you can taste unique Japanese craft beers from micro-breweries, like Afterdark, On the Cloud, Jazzberry etc. The staff recommends the best food and beer pairings, and their special 6 beers tasting set paints an amazing picture for your tastebuds. Curiosity will be satisfied too, as a small beer-brewing facility is being displayed behind glass near the entrance.