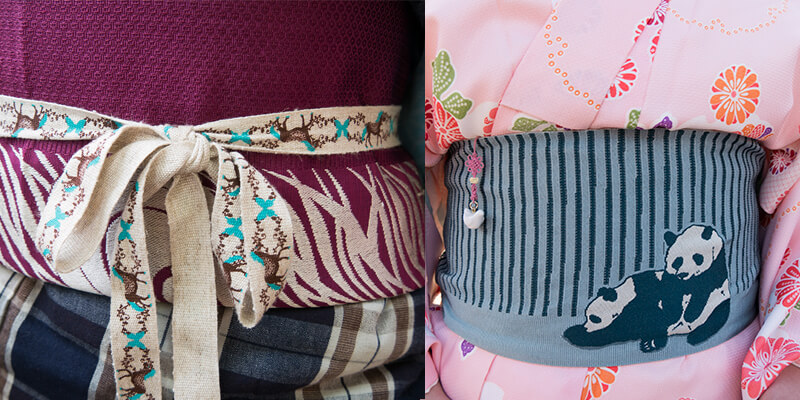 The kimono is a timeless garment that can be passed down from generation to generation. While there are many different types of kimono styles have changed over the years. The traditional During the early 20th century the kimono got funkier patterns and became more modern. Nowadays mainstream fashion takes inspiration from kimono and even Harajuku fashion uses some traditional Japanese spirit.

What’s happened for sure is that kimono styling became more free. People aren’t afraid to wear patterns that are out of season and will mix and match their traditional style with modern accessories. Wattention reports some of the creative ways kimono lovers have made the traditional garment their own.

Artists always say “you have to know the rules of anatomy before you can break them”. The same can be said for kimono. Once you know what parts make a kimono you can replace them with parts of your own.

Obi have received an upgrade and come in different styles, such as this adorable cat obi. On her obijime (obi belt) she attached a brooch accompanied by a cute Nyanko Sensei strap, a character from the manga “Natsume’s book of friends”. Her zori are quite traditional but the Miffy tabi socks make them modern for a stylish cute look. 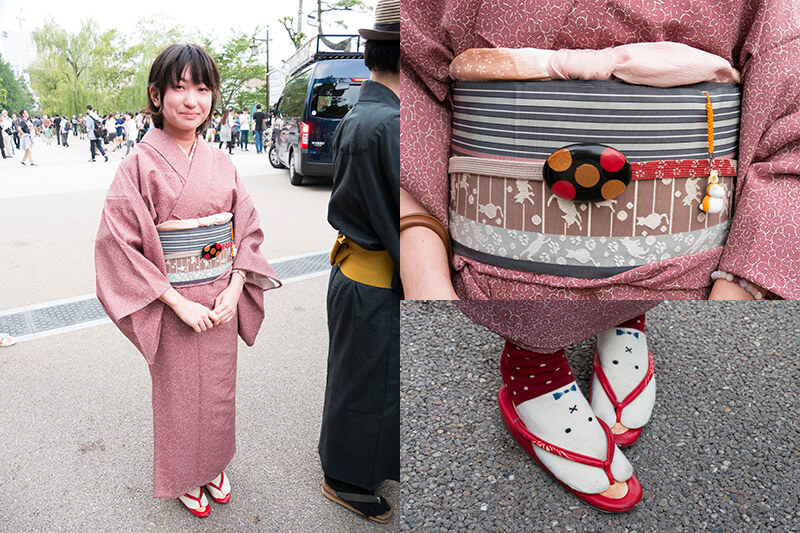 Just like with any outfit, you can mix and match freely with the kimono. “Objime are so expensive” this girl said, “so I replaced it with a cute ribbon I found.” Another creative example is the use of a simple lace scarf to add just that bit of artistic flair to your kimono. One thing’s for sure, creativity stands out. And in the world of kimono, everything is possible!

This men’s yukata has a unique look with Nekomata (demon cat) embroidery. On the front the Nekomata is doing its signature dance and is relaxing with a pipe on the back. It’s difficult to find unique yukata like this so many people have them custom embroidered. If you’re good with a needle you could try embroidery yourself or attach some cool patches. The kimono is your canvas. 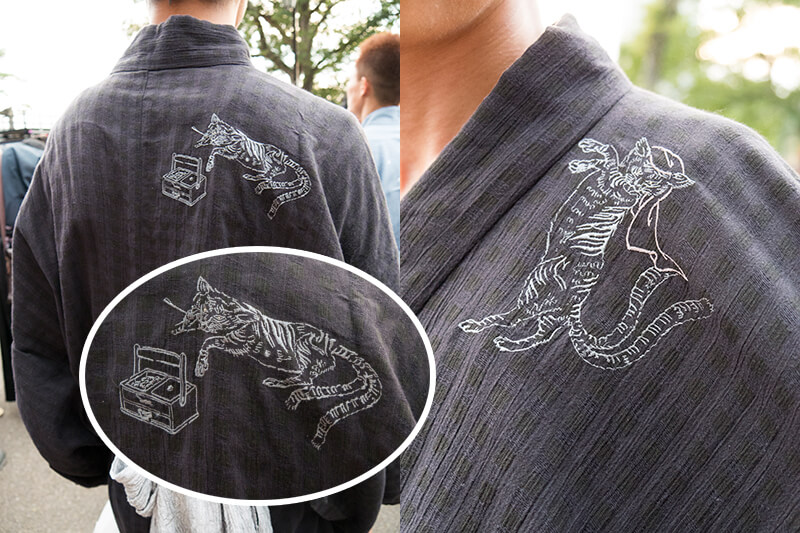 Because we were near the area of Ueno Zoo, famous for its giant panda, this girl said she decided to wear her panda obi. Matching the kimono to an event or location you’re going to can be interpreted as part of the “seasonal” rule, where you have to match your colours to the seasons. The inside of the obi is a popular place to store your cellphone, so she made sure her cellphone strap was visible to complement the obi. 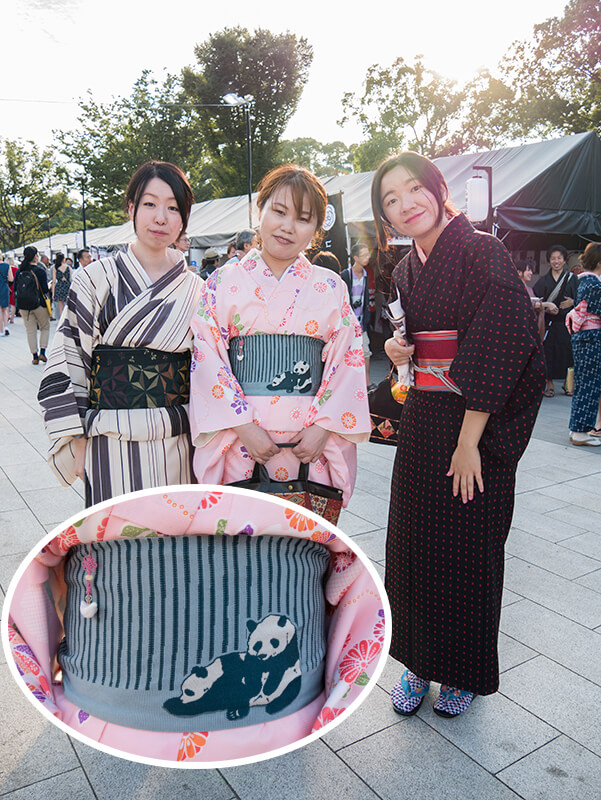 Have Fun with a Variety of Kimono Styles!

Your kimono can say anything you want it to say and can be worn whenever you want. Don’t be afraid to have fun with it!