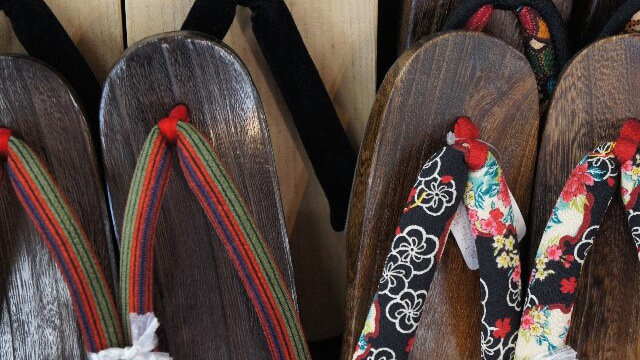 Japanese traditional footwear was invented by the Chinese and then came over to Japan. Nowadays you won’t see many Japanese people with traditional footwear unless they’re wearing a kimono, of course. The kimono shoes are typically tall, lifting the wearer off the ground. The extra height also helps protect the beautiful Japanese kimonos while walking outset. Tabi (socks with the big toe separate) are worn to keep the feet warm and to prevent friction from the strap of kimono shoes.

These sandals are made from a flat piece of wood on two slats that raise the sole part off the ground. This is to keep the kimono from getting dirty. Geta can be very high or very low depending on the season and clothes worn. For example, high geta can keep your kimono safe from high snow and rain puddles. The strap on the geta is called hanao and it can be made with many sorts of fabric. But cotton with traditional Japanese patterns is a bestseller. The hanao is knotted in a special way on the geta so that it can be replaced when needed. The hanao is always tied in the middle of the geta to prevent the wearer from walking sideways on the geta.

Geta are quite informal footwear and are mostly worn with a yukata and without tabi in the summer.

The main difference between geta and zori is that zori are not made from wood. Compared to their clunky cousin, zori are elegant and formal. They have a taller wedge-shaped heel that is covered in fabric. Never wear geta under a kimono, but always wear zori kimono shoes. Even if it’s a casual kimono.

Originally, the zori was made from straw and does not look anything like the zori kimono shoes we see with formal kimonos today. They evolved into a dress shoe that is often very expensive. When wearing a formal kimono, the color of your purse and zori matches for coordination. Of course this is always up to the individual’s taste. Even in formal settings, you personality can shine through with your choice of kimono and colors. 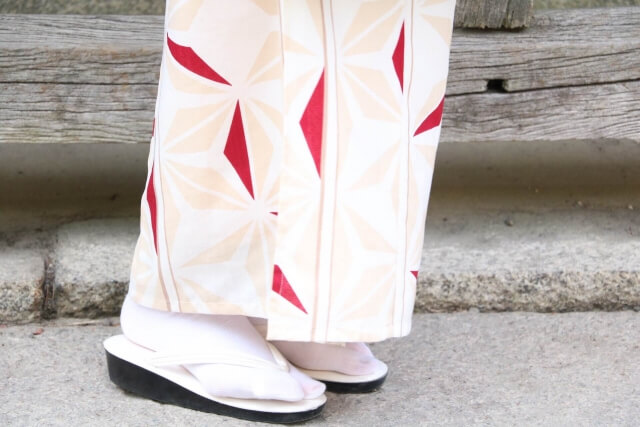 Okubo are also referred to as pokkuri or bokkuri geta from the sound made when walking. Just try repearing “pokkuri bokkuri” a few times, you will noice it sounds like a clomping shoes. They are quite uncommon kimono shoes in the worn of traditional Japanese footwear. In fact, they are only worn by apprentice Geishas called Maiko. You may see these kimono shoes along the streets of Kyoto, Japan. The color of the strap indicates the Maiko’s ranking. When you see a red strap, you can be sure the Maiko has just begun her training. The height of these kimono shoes not only insures that the expensive kimono doesn’t get dirty, but it also forces you to walk with small and slow steps. Listen closely for the tell-tale sound of clomping Okubo, and you will likely spot a Japanese geisha passing nearby. 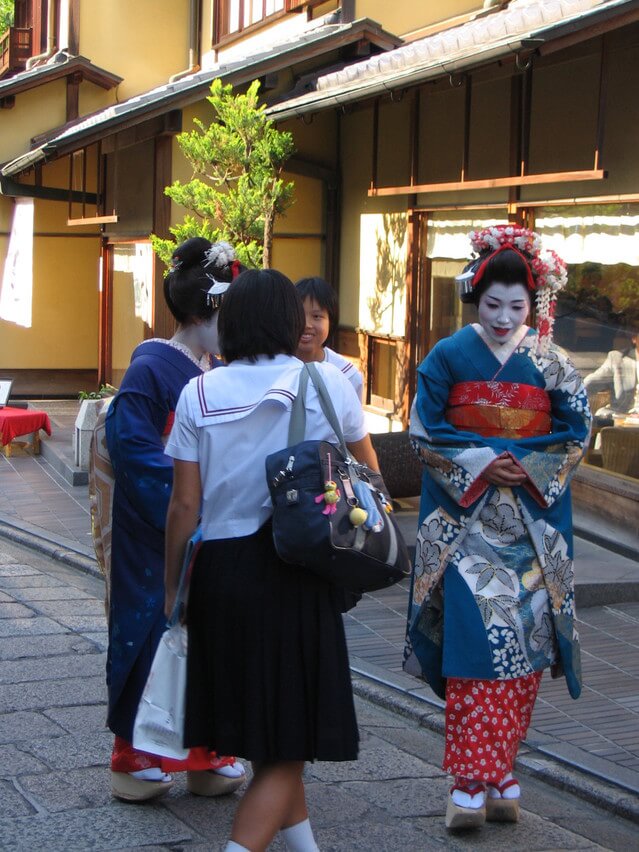 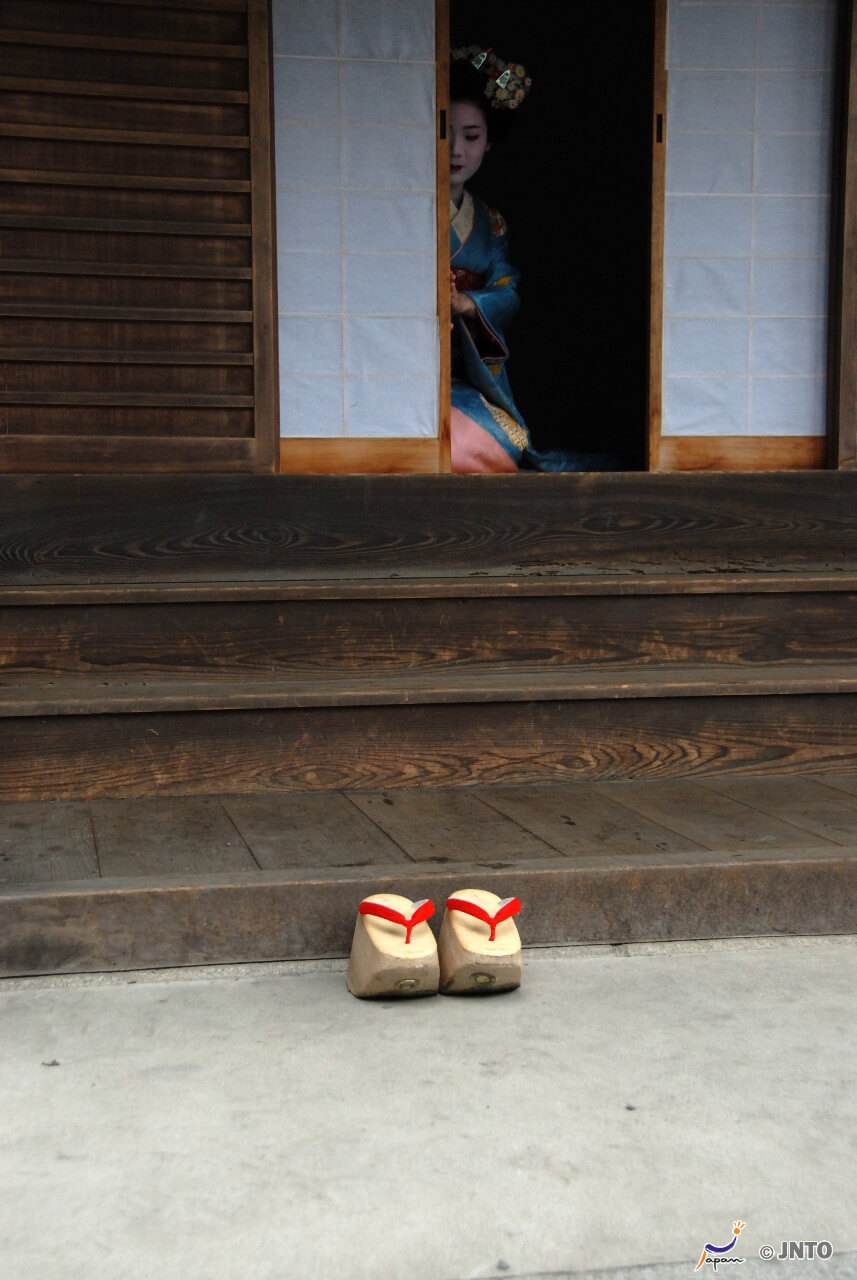 The only time when boots are acceptable to wear under a kimono is when wearing a hakama. And this privilege is given only to women. During graduation ceremonies young women often wear a hakama with furisode combination. The boots worn underneath the hakama are very stylish with a low heel. Typically the Japanese boots are black or brown with laces that go all the way to the top. They came into fashion during the Taisho era when many schoolgirls wore hakama. 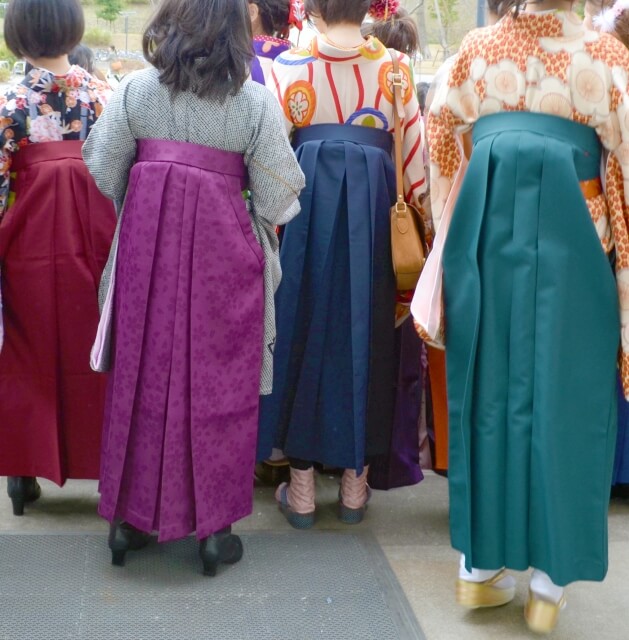 Nowadays tabi exist in many different colors and designs. The age of all white is over. Tabi have also moved on from being kimono exclusive and are liked by Japanese for their comortable fit. If you’re wearing a casual kimono or just kimono shoes, like geta, under jeans, these socks can make a statement. They can also make some interesting gifts from Japan! 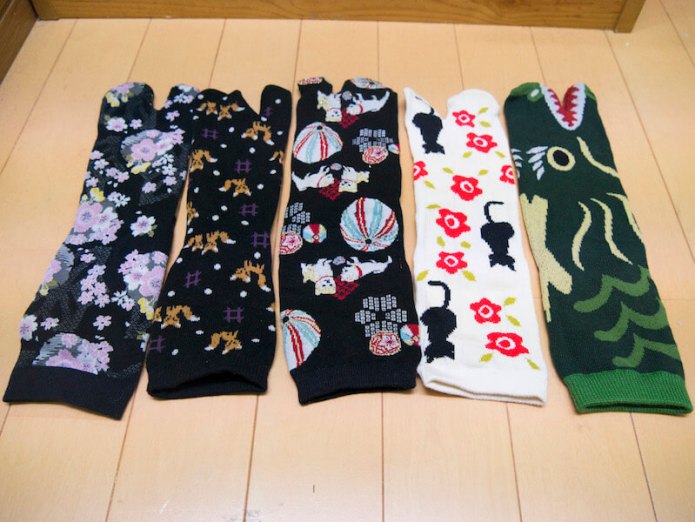 Now learn how to wear a kimono from head to toe with The Rules of Wearing Kimono!

Other kimono articles recommended for you 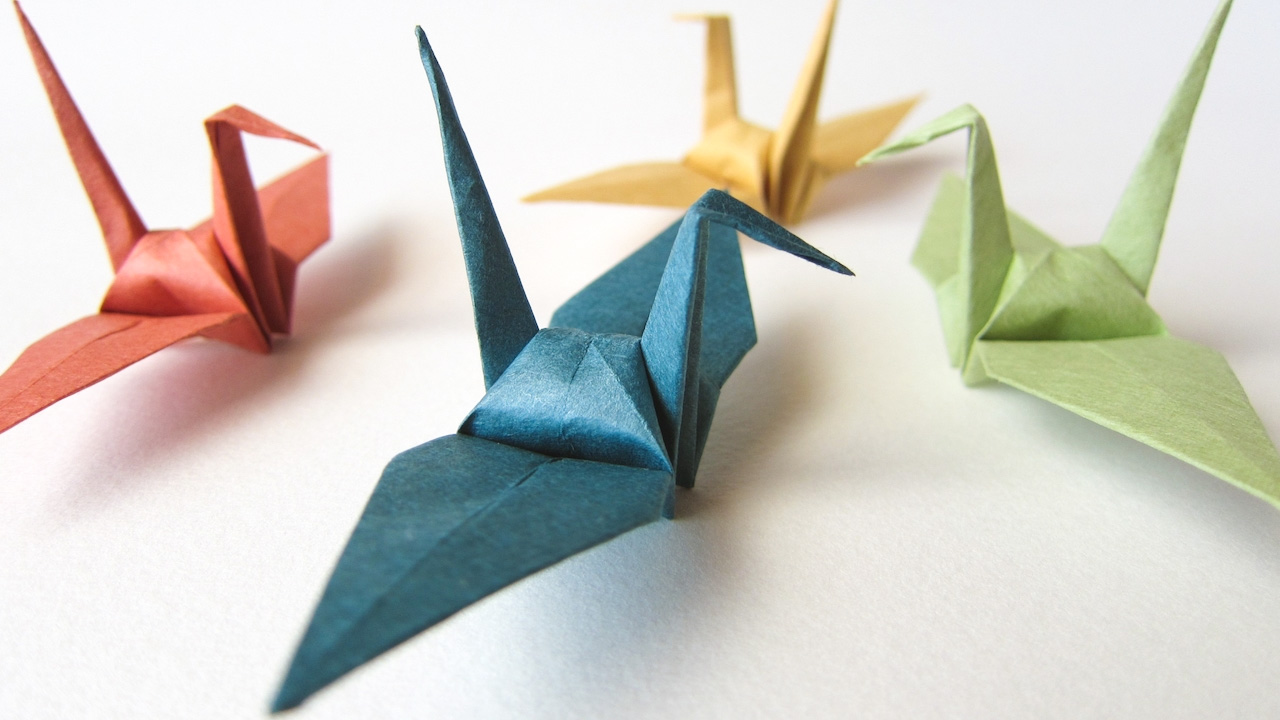 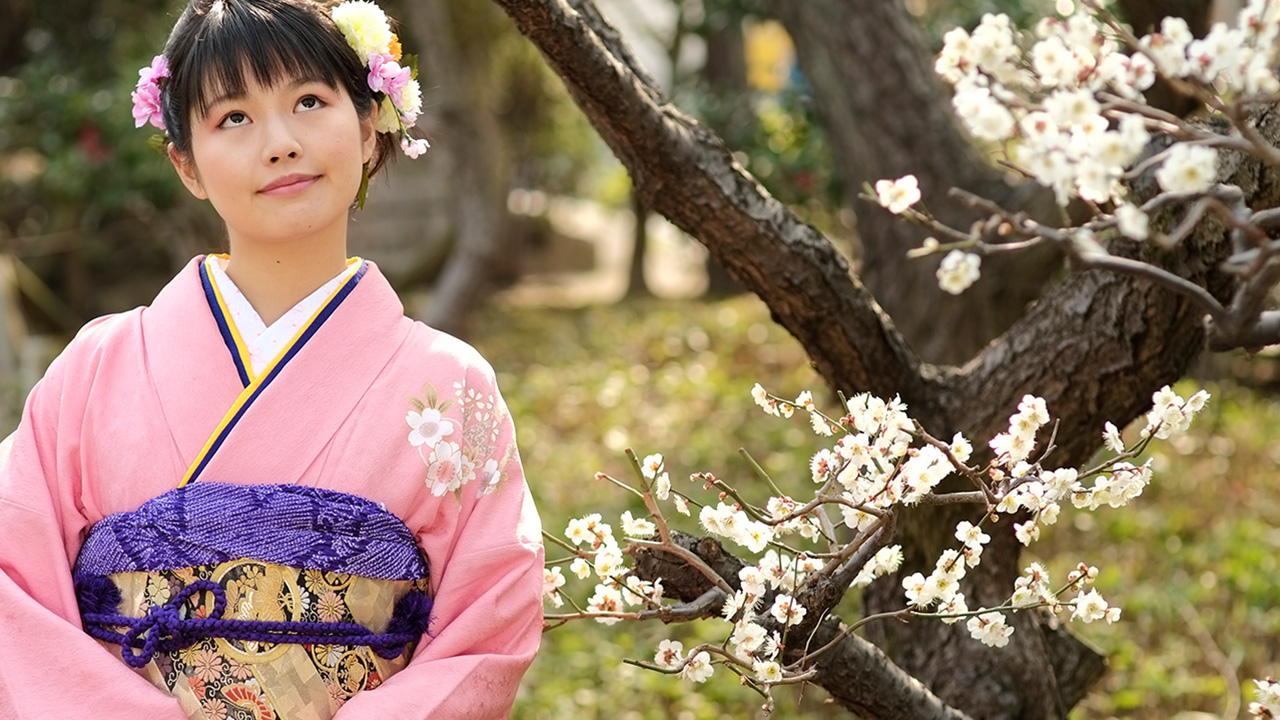 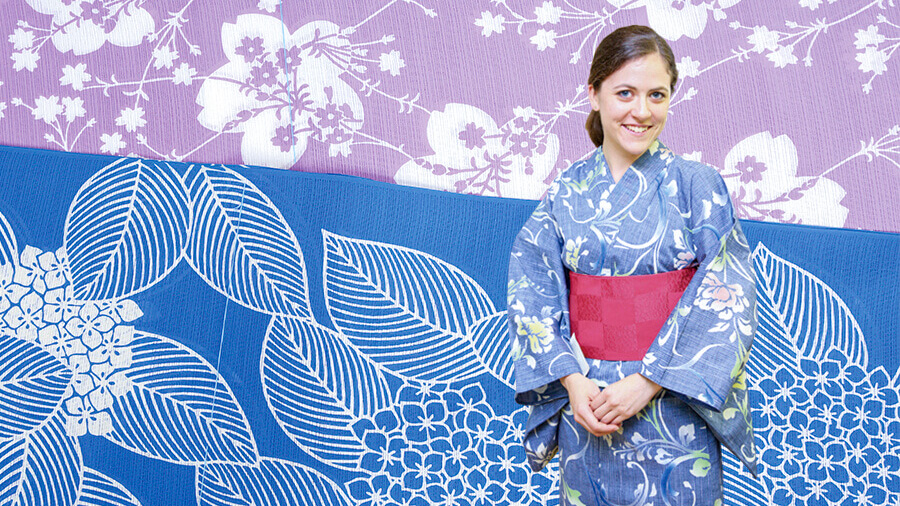 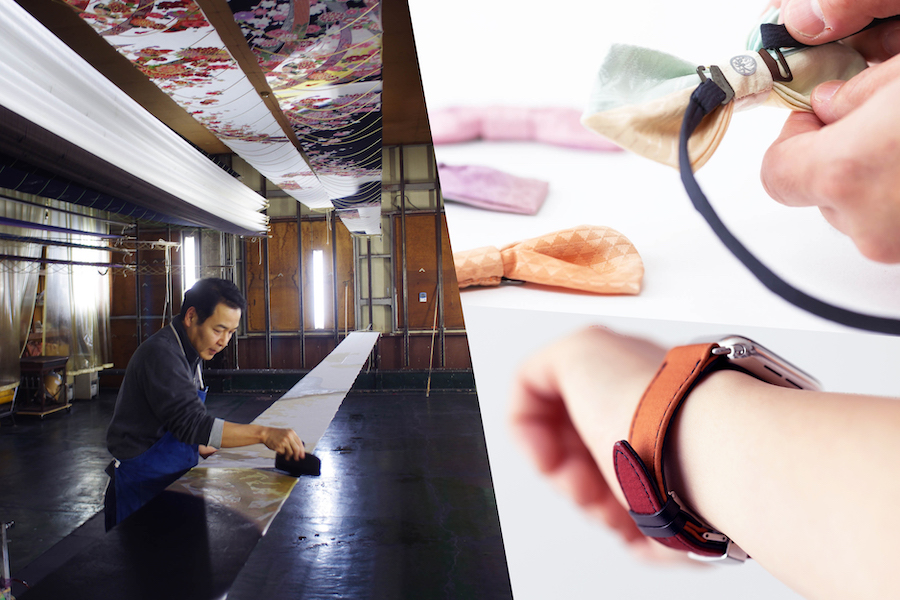 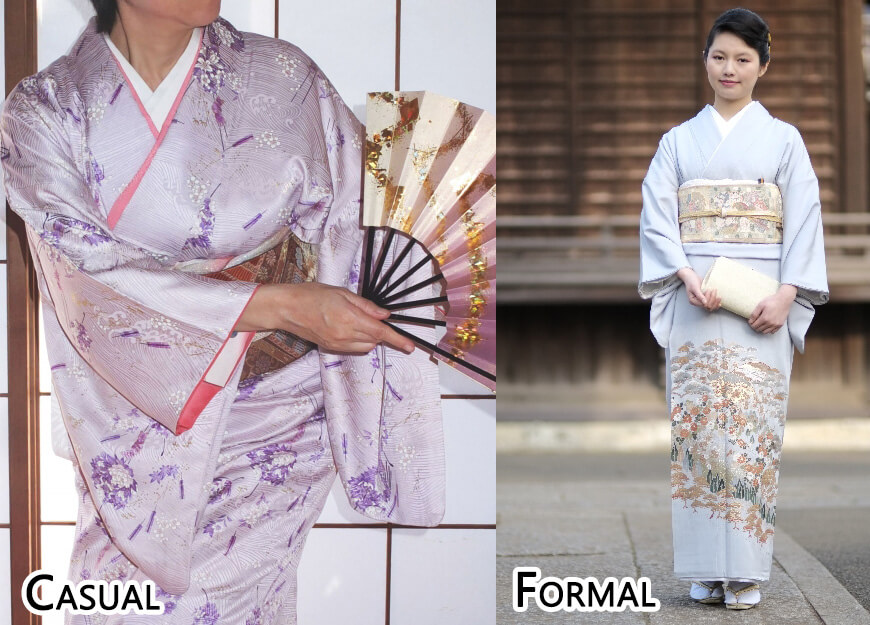 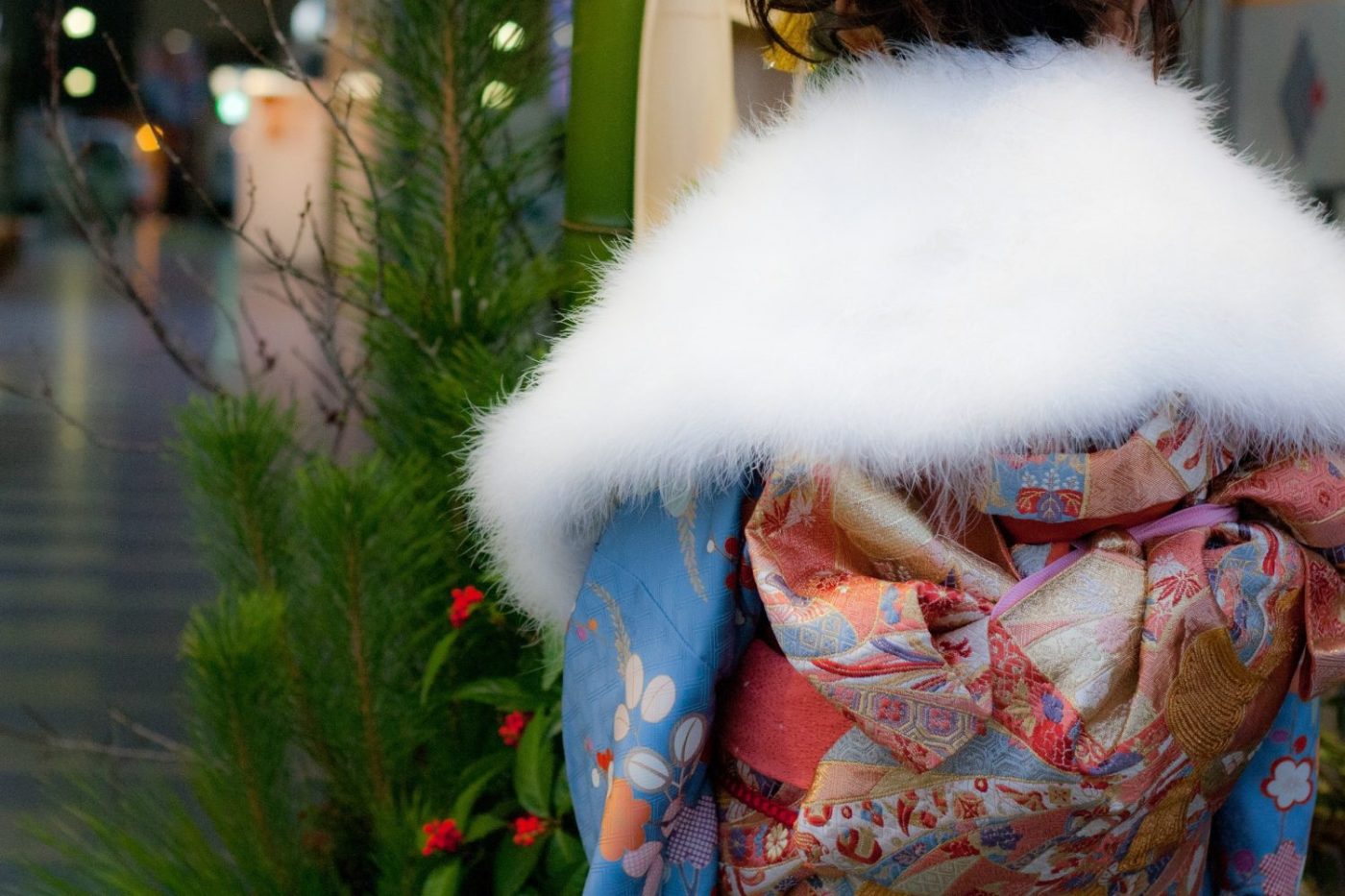 Ilse Montald
From popular culture to traditional culture, I’ve immersed myself in both. I love writing about tradition, history and sharing fun discoveries. If I’m not outside watching a festival parade I’m leisurely reading manga in kimono.
MORE ARTICLES BY THIS WRITER ｜ ABOUT WATTENTION NINJA
Comments