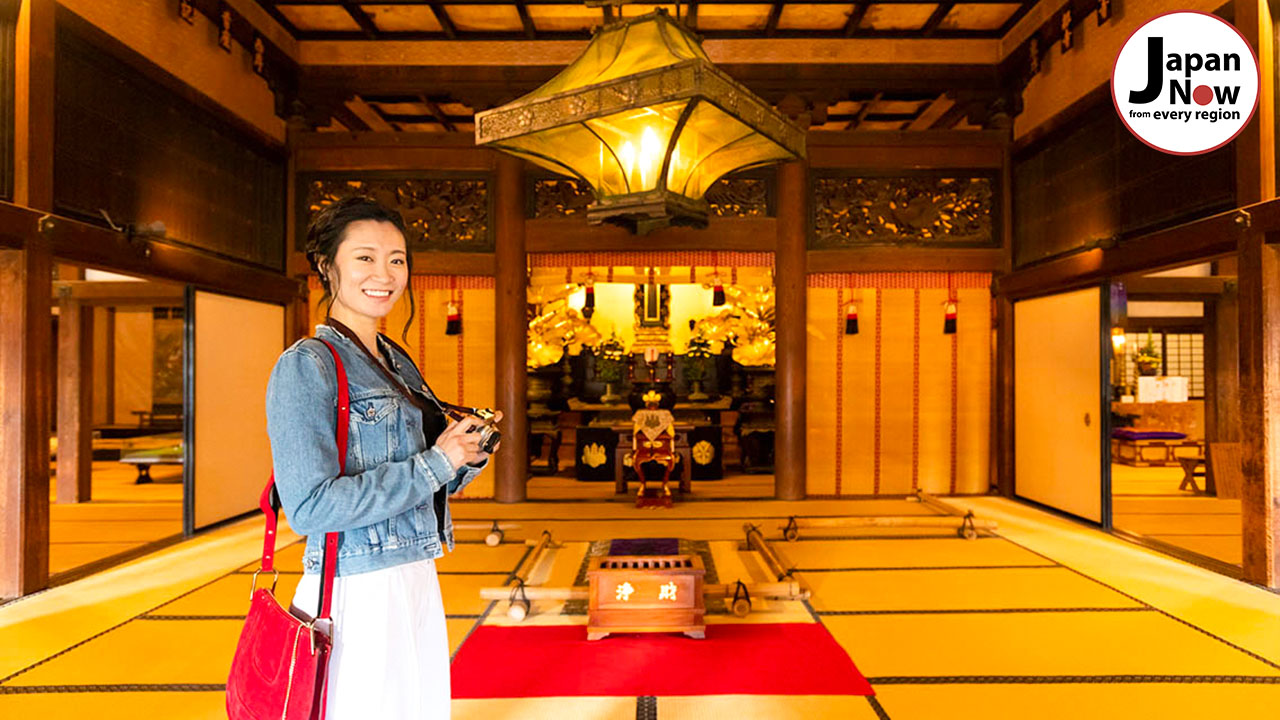 The people of Takaoka city hope you’ve been well during these troubling times.
Tourist facilities in Takaoka are using many safety measures, such as having staff wear masks and cleaning surfaces using alcohol disinfectants, to fight the spread of the COVID-19 coronavirus. We’re working hard to make sure everyone can experience a safe and comfortable visit to Takaoka.

At the moment, it’s difficult to know when we’ll be able to see international visitors in our city again. Until the coronavirus passes, and it’s safe to travel freely, we encourage you to stay optimistic and plan for future trips. We hope you’ll visit Takaoka’s Instagram and Facebook pages and choose us as one of your travel destinations.

1. The national treasure of Zuiryu-ji Temple 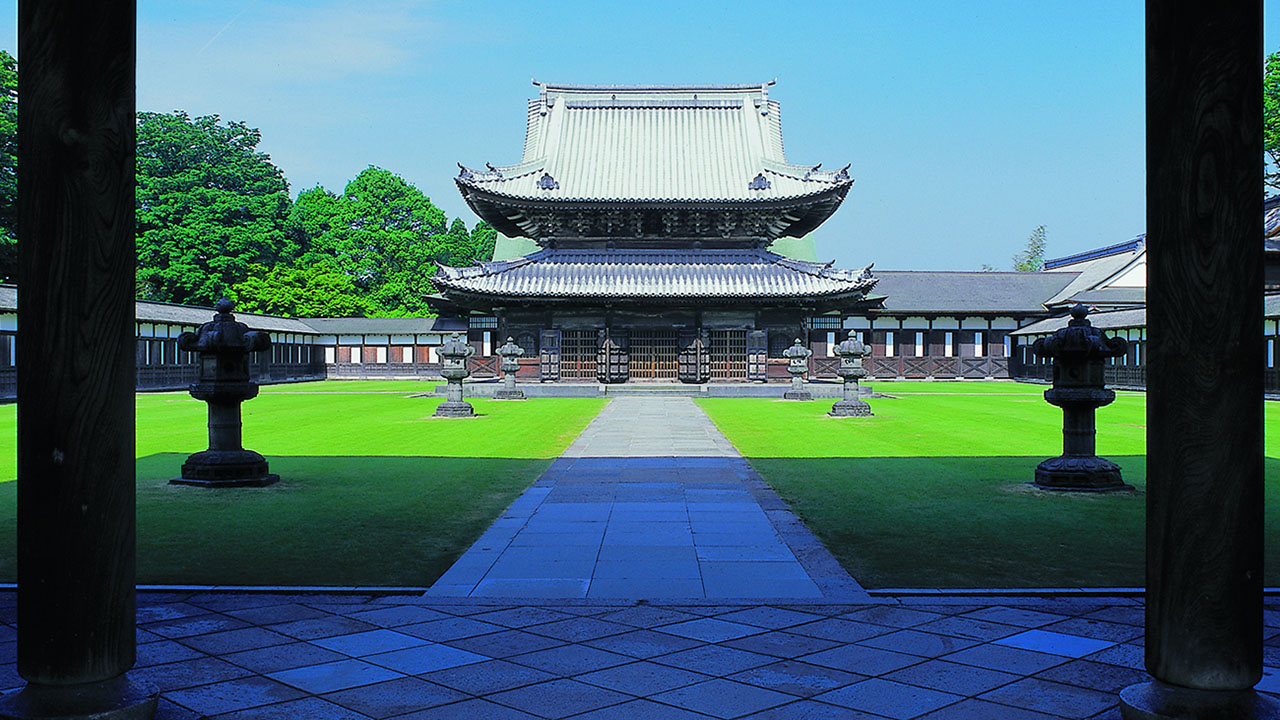 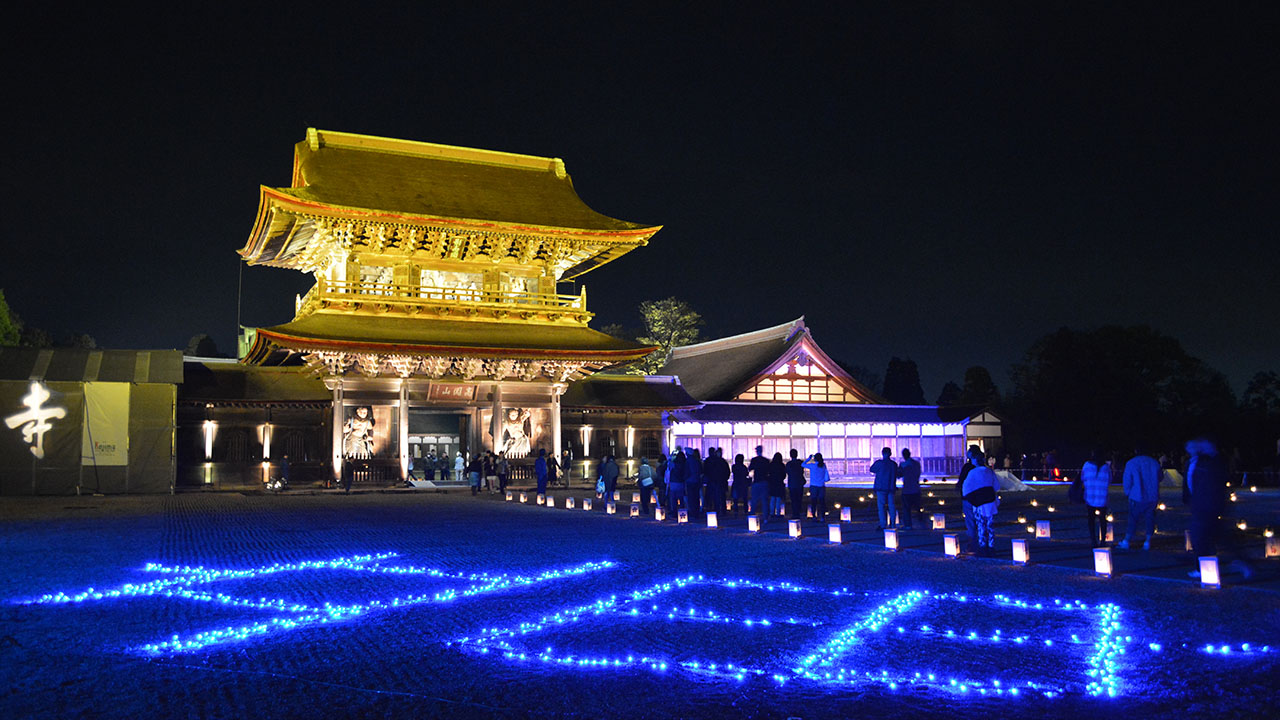 The one hundred twenty-two thousand koku (measure of rice produced annually volume) Zuiryu-ji Temple is a magnificent structure, and it serves as an example of the Kaga domain’s immense wealth during the Edo period (1603-1868). The second feudal lord of the Kaga domain, and founder of Takaoka city, was Toshinaga Maeda. Toshitsune, became the third lord of the domain and built Zuiryu-ji Temple as the family temple of Toshinaga Maeda. The temple’s Sanmon gate, Buddha hall, and lecture hall (all of which are aligned along a straight path) are Toyama prefecture’s sole national treasures. After passing through the main gate, the white pebbles that line the right and left sides of the grounds are exquisite. As you continue through the Sanmon gate, and you’re greeted by a large field of grass (it’s rare to see temples with large areas of green like this in Japan). Zuiryu-ji Temple is also occasionally lit up at night throughout the year, and during these times, you can stay later at the temple. The view at night is very different from the one in the afternoon, with the temple taking on a more mystical appearance. 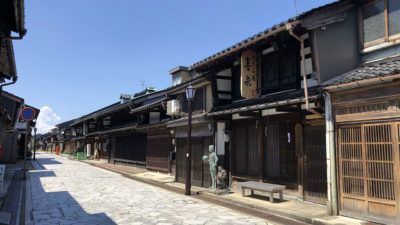 Kanayamachi is Takaoka’s oldest town. In 1609, the second feudal lord of the Maeda Family’s Kaga domain, Toshinaga Maeda, pushed to cultivate a metal works industry in their newly founded castle town of Takaoka. As a result, Kanayamachi flourished as the birthplace of Takaoka’s metal casting businesses. Even now, rows of aged houses with wooden latticework shutters line the main street of Kanayamachi, preserving the town’s historic look and feel. In 2012, Japan designated this area an Important Preservation District of Historic Buildings. The 500m long cobblestone road that makes up the main the street and the old row of latticework door homes are beautiful to see. The whole area gives you a glimpse into how things looked in the latter half of the 1800s. You can also get hands-on with Takaoka’s traditional crafts and create great souvenirs. Some workshops offer the chance to do metal casting, and there are stores where you can make metal accessories too.

3. The fireproof town of Yamachosuji 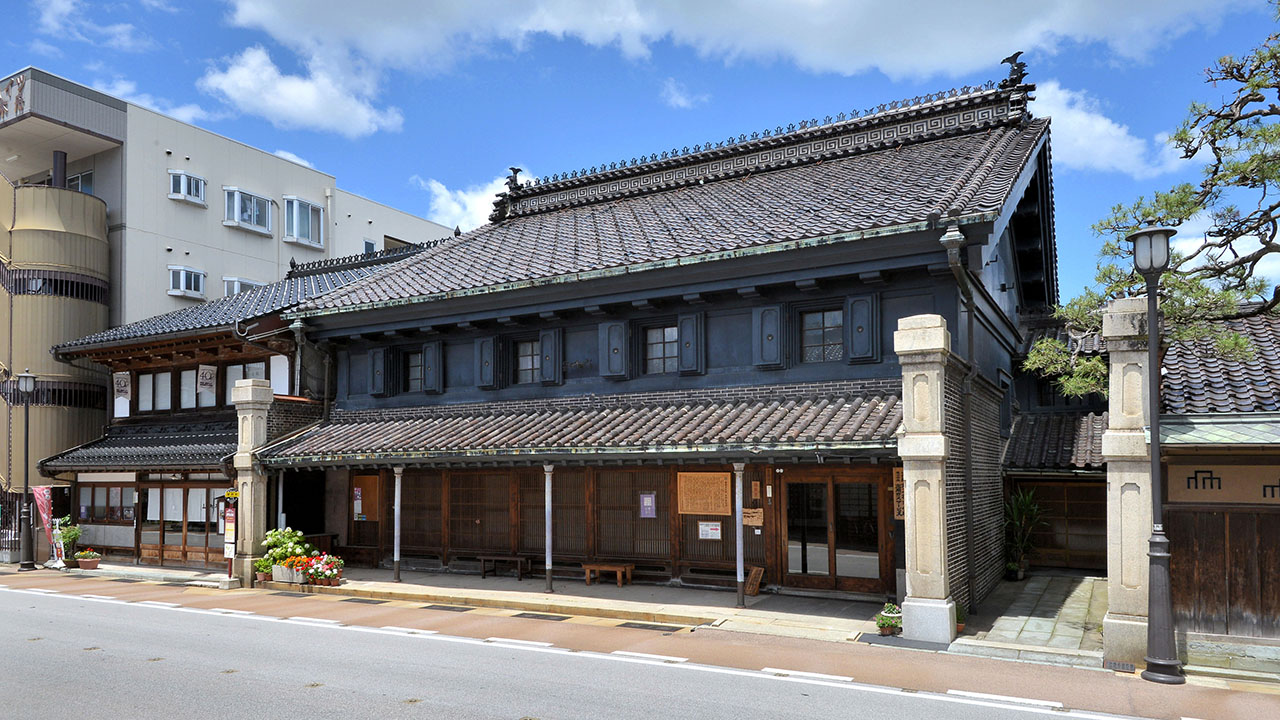 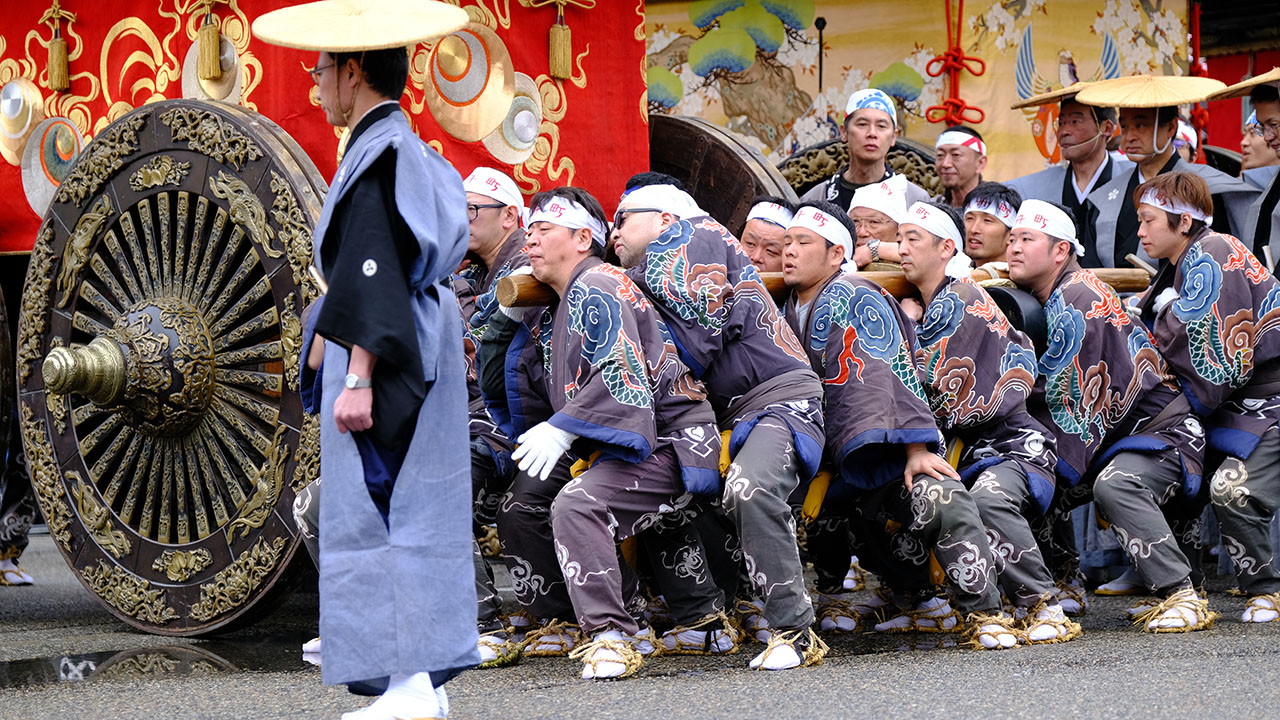 In the town of Yamachosuji, there is a historic 600m stretch of area lined with thick earthen-walled merchant homes. After experiencing a great fire in 1900, the people wanted to prevent such a disaster from reoccurring. They rebuilt the town with fireproof buildings, delicately designed with heavy earthen walls. Yamachosuji is also highly praised for its rows of traditional Western-style buildings and was designated an Important Preservation District of Historic Buildings. During the annual May 1 Takaoka Mikurumayama Matsuri festival, extravagant floats are paraded through the streets Yamachosuji. You can also visit the Takaoka Mikurumayama Museum. They have parade floats on display year-long, exhibits, and workshops that give a festival-like feel. Yamachosuji is a great place to experience the traditions and culture of Takaoka.

4. The Takaoka Daibutsu: One of Japan’s three great Buddhas 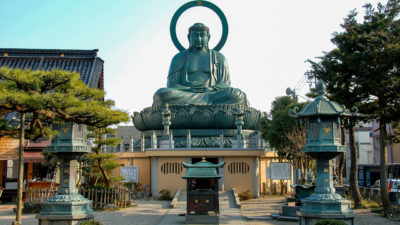 The Takaoka Daibutsu took over 30 years to complete and was made by using the finest traditional copperware welding techniques. It’s an awe-inspiring monument, standing 15.85m tall and weighing 65 tons. The incredible craftsmanship and size of this beloved symbol of Takaoka have earned it the nickname “the most handsome man in Japan.” 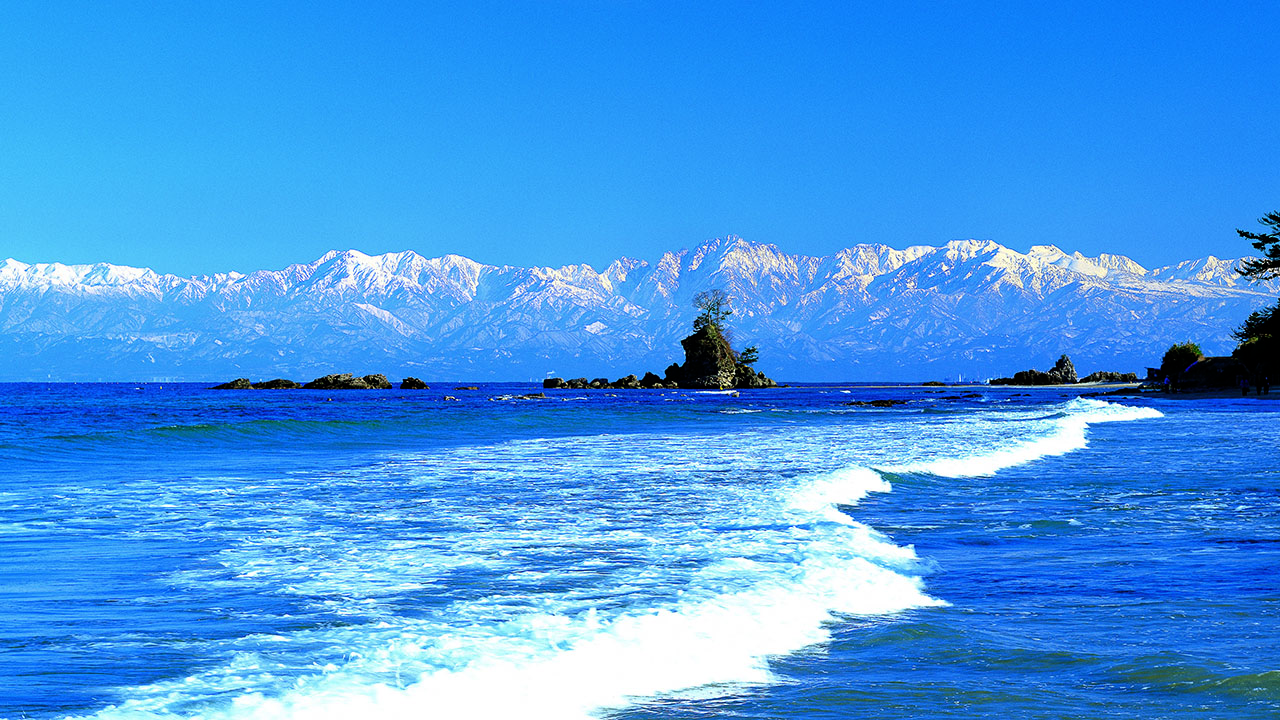 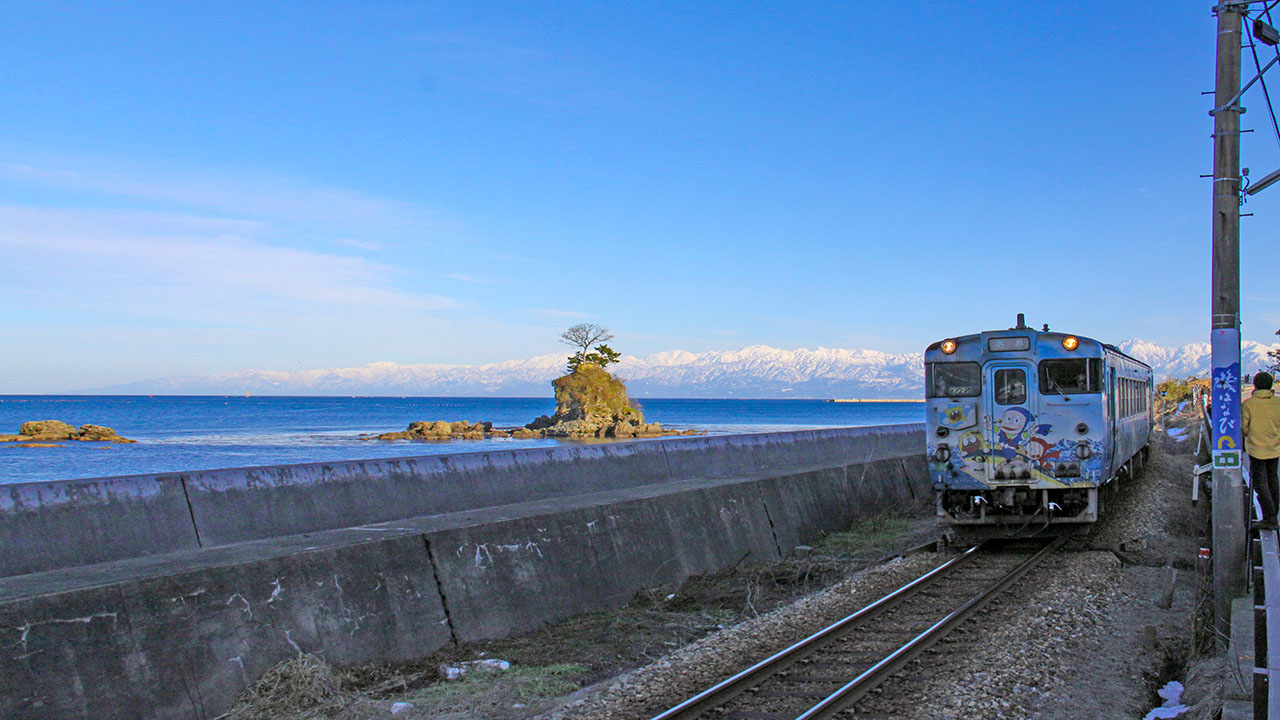 Including the Amaharashi Coast, it’s said that there are only three places in all the world where you can see the scenic beauty of a 3,000m class mountain range backdrop set against the sea. There’s also a train that runs along the coast, which is a very popular way to take in the spectacular view. The Manyo poet Otomo no Yakamochi was deeply fond of the views of the Amaharashi Coast and wrote many poems about it. The area from the Amaharashi Coast to Matsudae-no-Nagahama in Himi city was selected as “One of Japan’s Best 100 White-sand and Green-pine Beaches” and “One of Japan’s Best 100 Beaches.” One day, a famous Japanese samurai by the name of Yoshitsune no Minamoto waited for a rain shower to pass under a rock along the coast. This rock became known as “Yoshitsune’s Rock” and serves as the origin of the coast’s name “Amaharashi” (which translates to “the rain is clearing”). At the Michinoeki Amaharashi building facing the coast, you can enjoy lunches prepared with local ingredients, traditional sake and confectioneries, and other local goods. 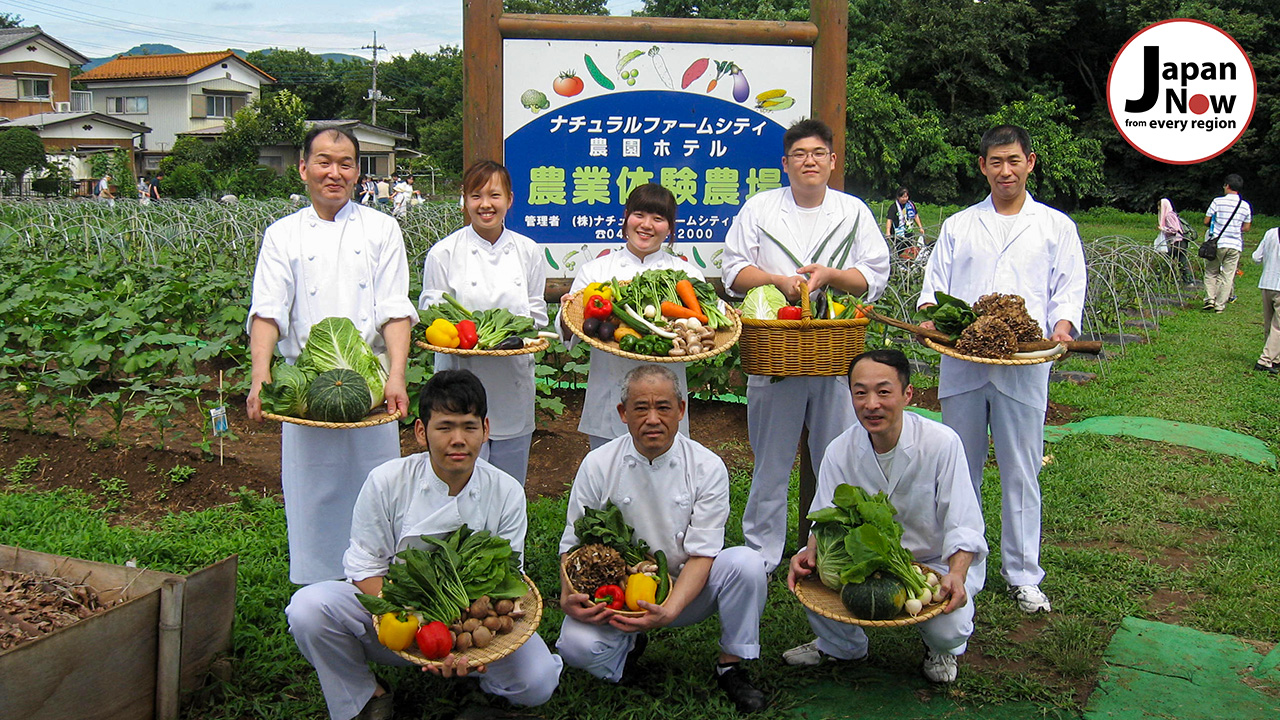 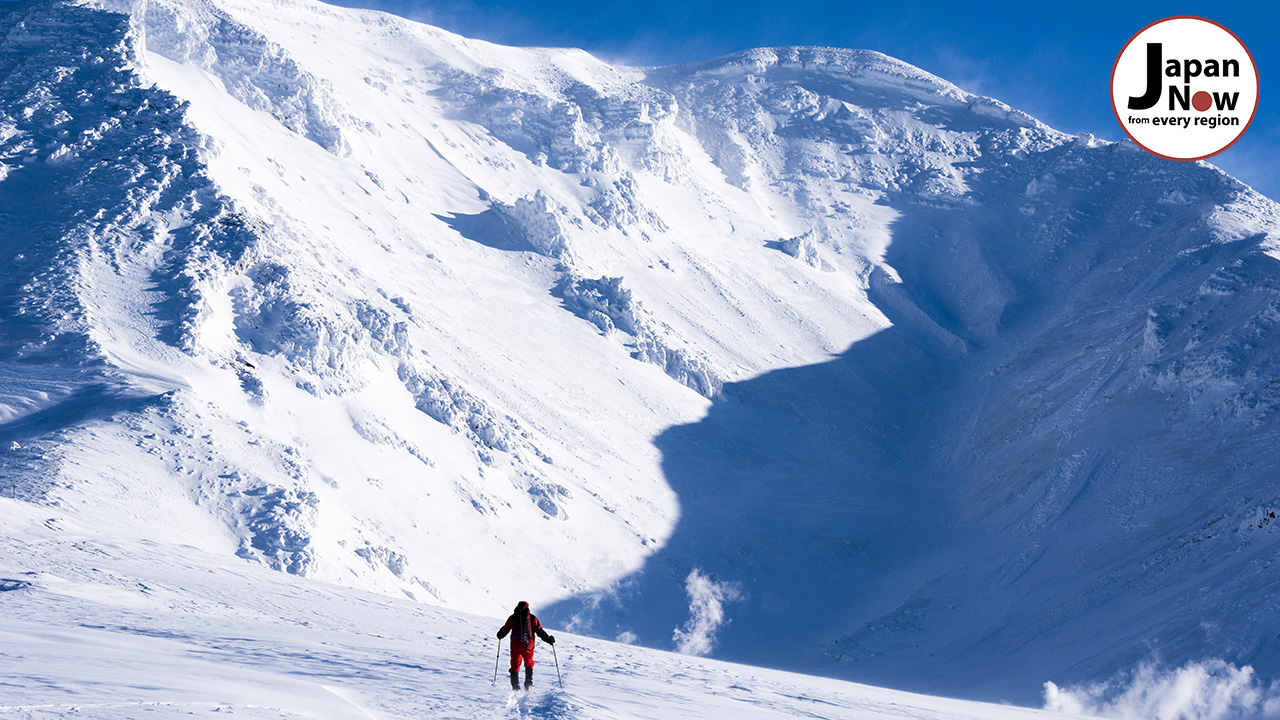 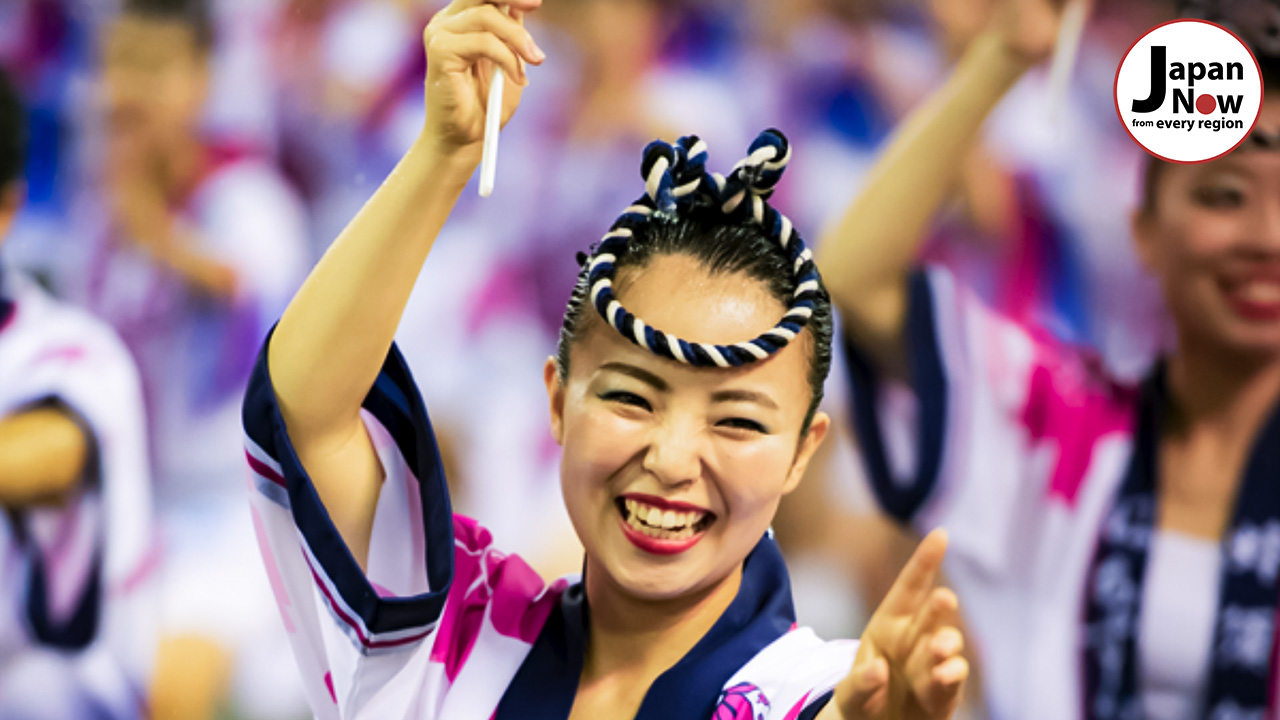 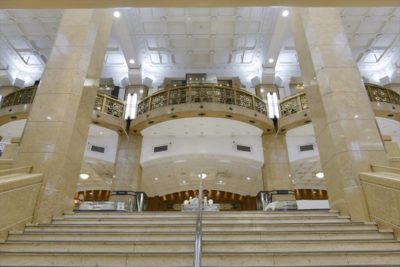