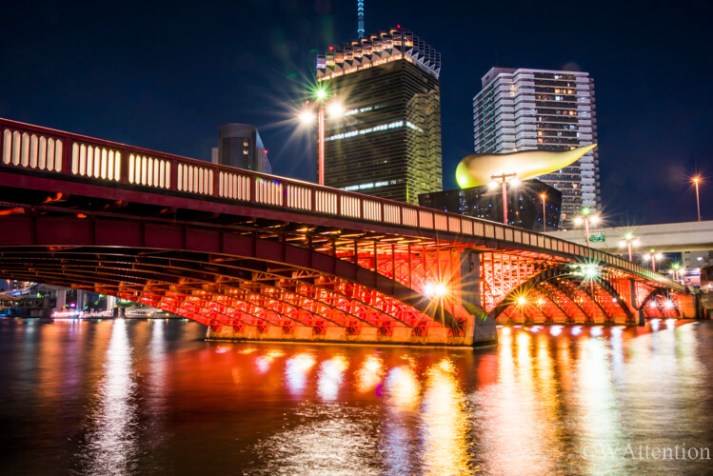 Although Asakusa is without a doubt best known for the Sensoji temple, allow me to introduce another landmark in the area: Azuma bridge.

Azuma bridge is located on the opposite side of Sensoji temple, but can be reached from Asakusa Station within 3 minutes. It crosses over the Sumida river, with Taito ward on the west side of the river, and Sumida ward on the east side. 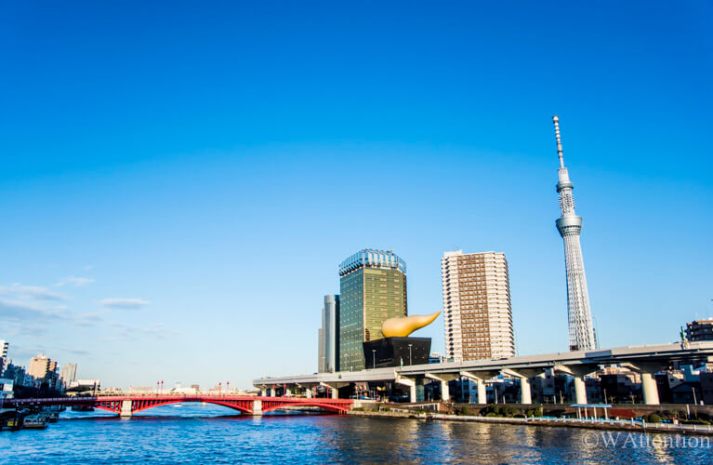 With the headquarters of Asahi Breweries, or Asahi Beer Tower – the golden colored skyscraper designed as a beer glass – in the backdrop, Azuma bridge makes for a popular photo spot.

The “Asahi Sky Room” located on Asahi Beer Tower’s 22nd floor, is a cafe where you can enjoy a freshly tapped beer while gazing at Tokyo’s skyline. 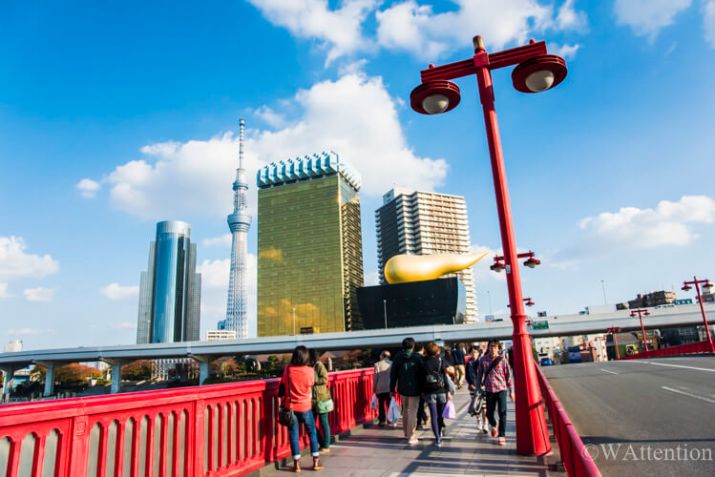 The Thunder Bridge of Tokyo

The traditional Japanese patterns on Azuma bridge are called “Raimon”, which stands for thunder in Japanese. These patterns and the bridge’s crimson color come from the Sensoji temple, as the Kaminarimon gate is literally translated as thunder gate, which also boasts the same color. 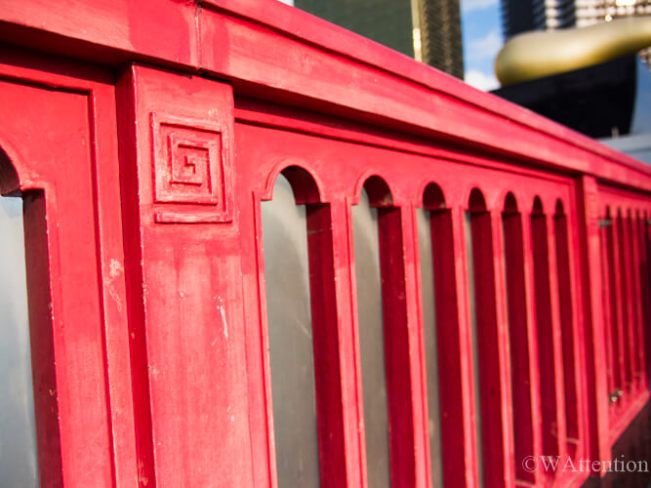 Of course, looking up at the impressive skyline from Azuma bridge is a must. However, do not forget to also look down and check the bottom of the bridge and see its unique design patterns.

I have a weak spot for well designed bridges, and consider photographing them my life work. 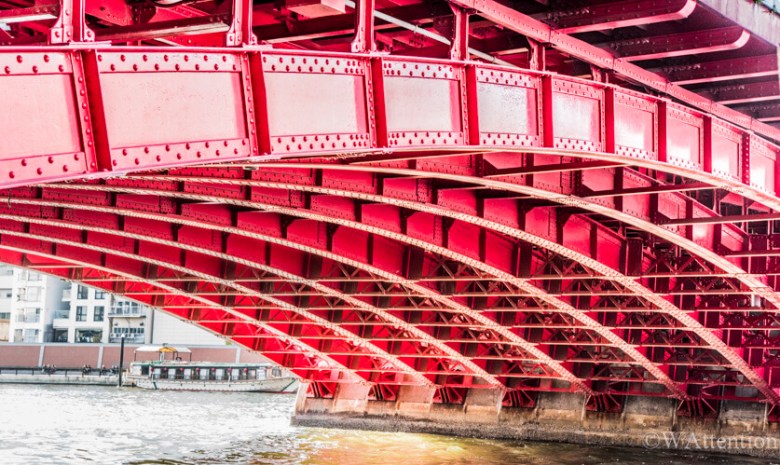 At the western side riverbanks near the bridge, tourist boats depart for city cruises. This popular tourist attraction allows you to enjoy Tokyo’s urban landscapes along the Sumida river. Find out more here!

The other side of the river functions as the embarkation point of Yakatabune, or traditional Japanese houseboats. On board a Yakatabune, you can enjoy refined Japanese cuisine together with the scenery. Find out more here!

Of course, you can also go for a stroll along the river’s pedestrian paths. I personally like to head downstream as there are many beautiful bridges in this direction. 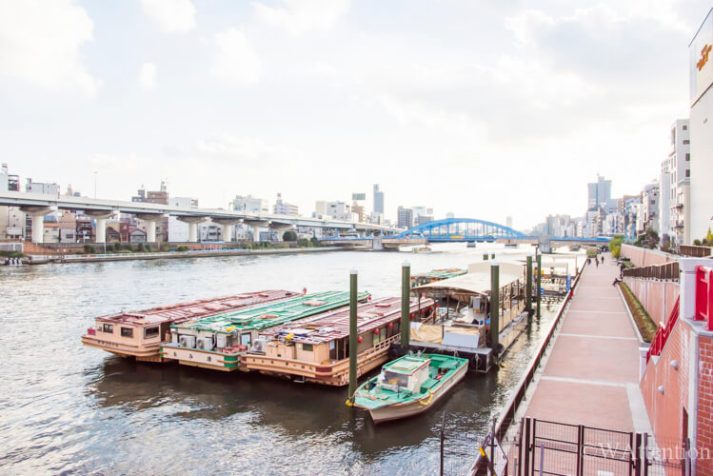 The area shines even more at night, enlightened by myriads of street lights and lights from surrounding skyscrapers that are reflected in the river. 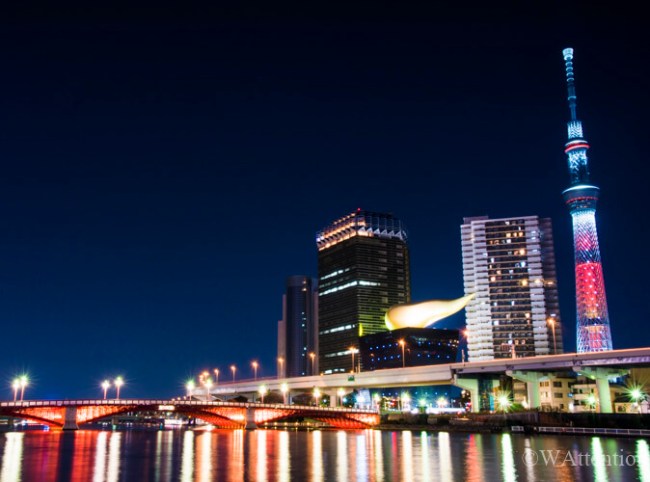 But even at night, Azuma bridge still boasts the same elegant crimson color.

The following picture was taken on a clear day with a full moon. Within 15 minutes after the sunset is the best time for taking pictures. 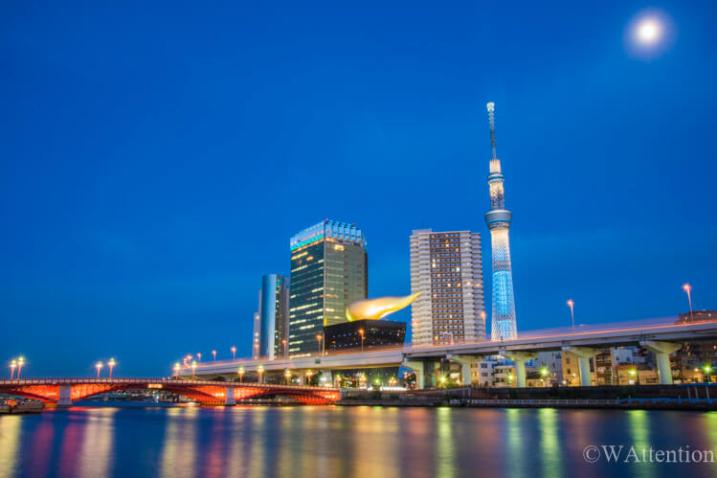 Where to Shop around Asakusa

Located in front of Asakusa is the long-established department store Matsuya Asakusa. The Art Deco style exterior of this 1931 department store was restored in 2012. Its classy lights at night perfectly match the architecture. You will find this department store on your way back from the Azuma bridge, so how about some quality shopping here? 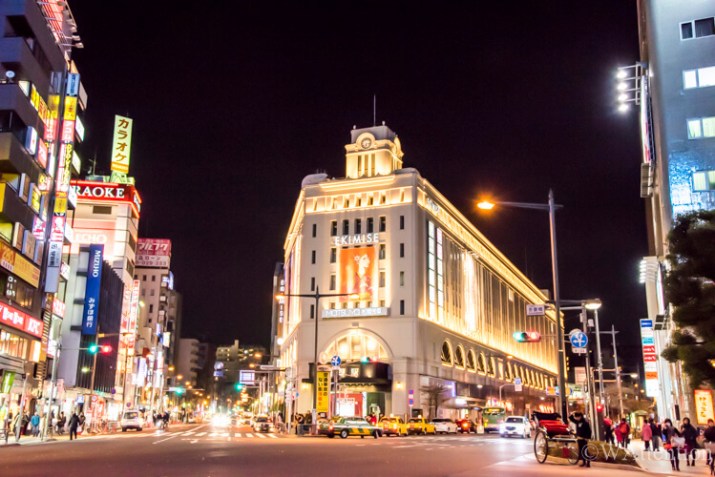 What to Do around Asakusa

Keep in mind that the Azuma bridge is only one of the many exciting activities and must-see spots to enjoy in and around Asakusa. That being said, I hope this article will be useful for planning your visit! 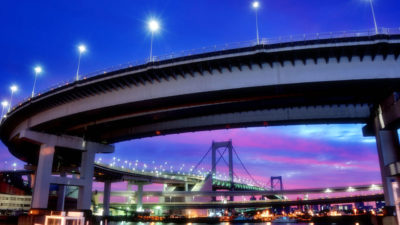