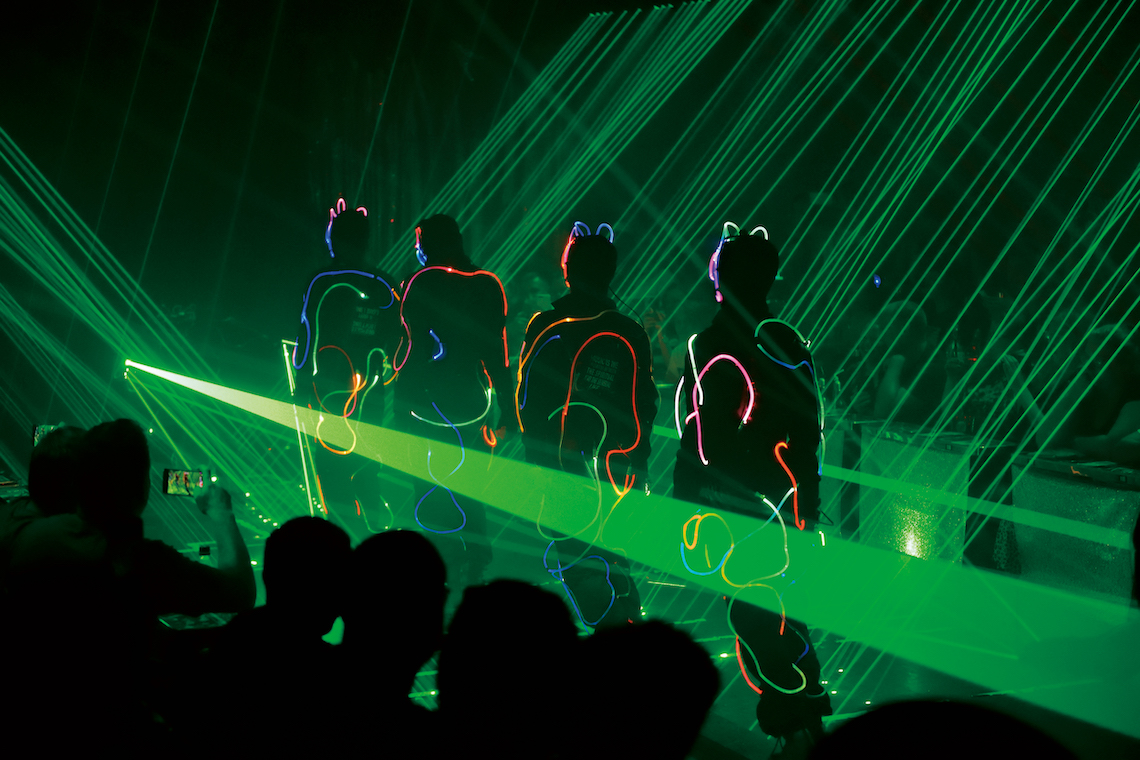 In the energetic, alluring streets of the entertainment district of Kabukicho is one that shows oﬀ a fair amount of spotlight to pedestrians – The ROBOT RESTAURANT. Here and there are ﬂashes of magenta and cyan at every nook and cranny, adding to the already bustling streets of Shinjuku.

After paying homage to the two and huge Robots at the foyer, you soon arrive at the lobby. One look is enough to reveal how traditional and modern Japan have come together to make something great. Manga, Neon Colors, a hint of Japan’s 90s themed Pop Culture, and vivid interiors and furniture will tug at your curiosity, just like it did at mine! After a few drinks, and a snack set bought from a lounge akin to a cyberpunk café, we then went down the iridescent corridor and to the adrenaline dungeon for the main act. 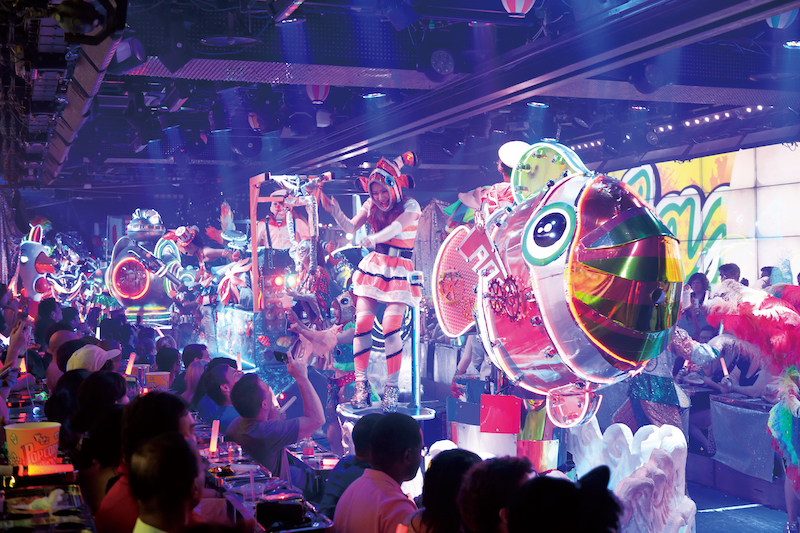 The pounding of Taiko drums soon greets the eager guests. An ecstasy of vibrant chromatic costumes and their performers makes for a vibe and atmosphere that kept me prepped up throughout the show. Foremost, the folklore-themed battles accompany Shinjuku’s Old and New – a subdued Edo along with the dynamic Tokyo. The performances were a long way away from the plain and dull world. It was similar to ﬁnding a kindred spirit at a concert; a moshpit, that is! 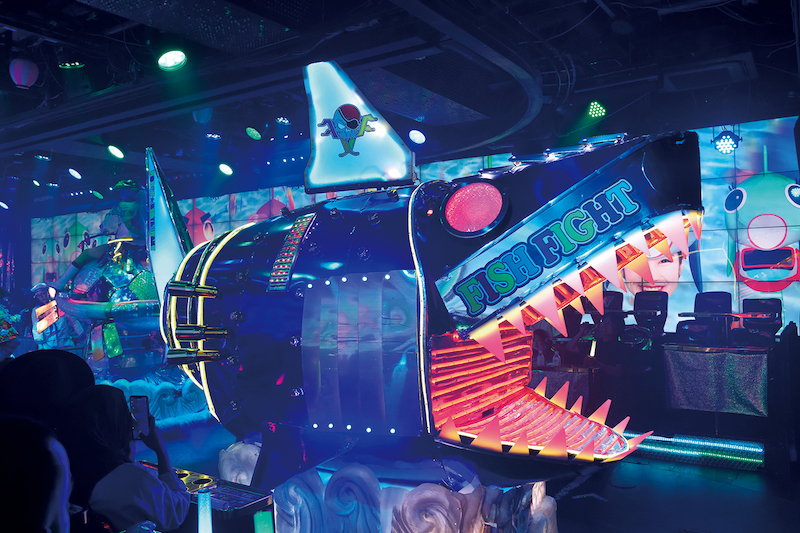 The show then starts to wind around tropes of an apocalyptic world, a burst between Shonen (boys) and Shojo (girls) mecha-anime battles, Jackson-5 BGM’d performances, TRON-inspired discos (i.e. LED lights and lasers!) along with a dash of explosions, fogs, and hullabaloos-360. It’s a non-stop frenzy of live music, light shows, and ornate parade ﬂoats! 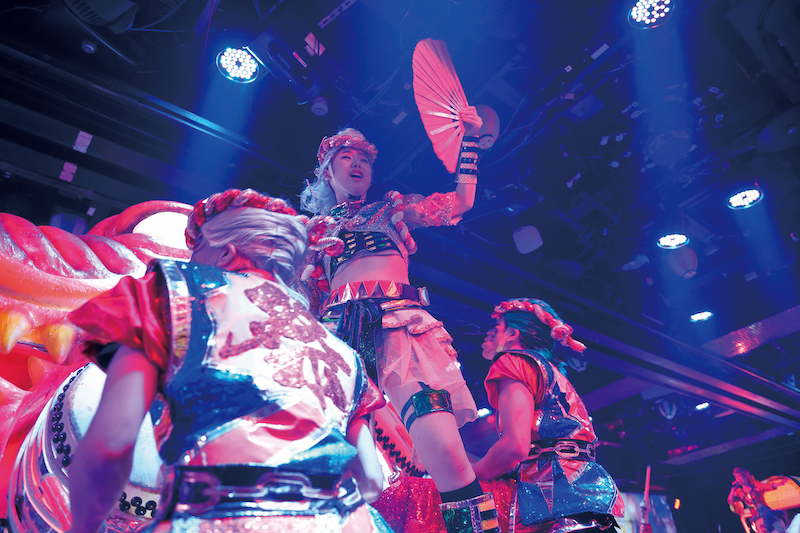 Capping oﬀ all of these would be hard. A week’s worth of excitement and adrenaline would surely keep your toes giddy long after leaving the ROBOT RESTAURANT. The adorable tones and the magnetic enthusiasm of guests and performers alike are contagious. As such, a getaway constant from the harmony and solace into a time-warp, or Japan’s own version of Atlantis: The Lost Empire. 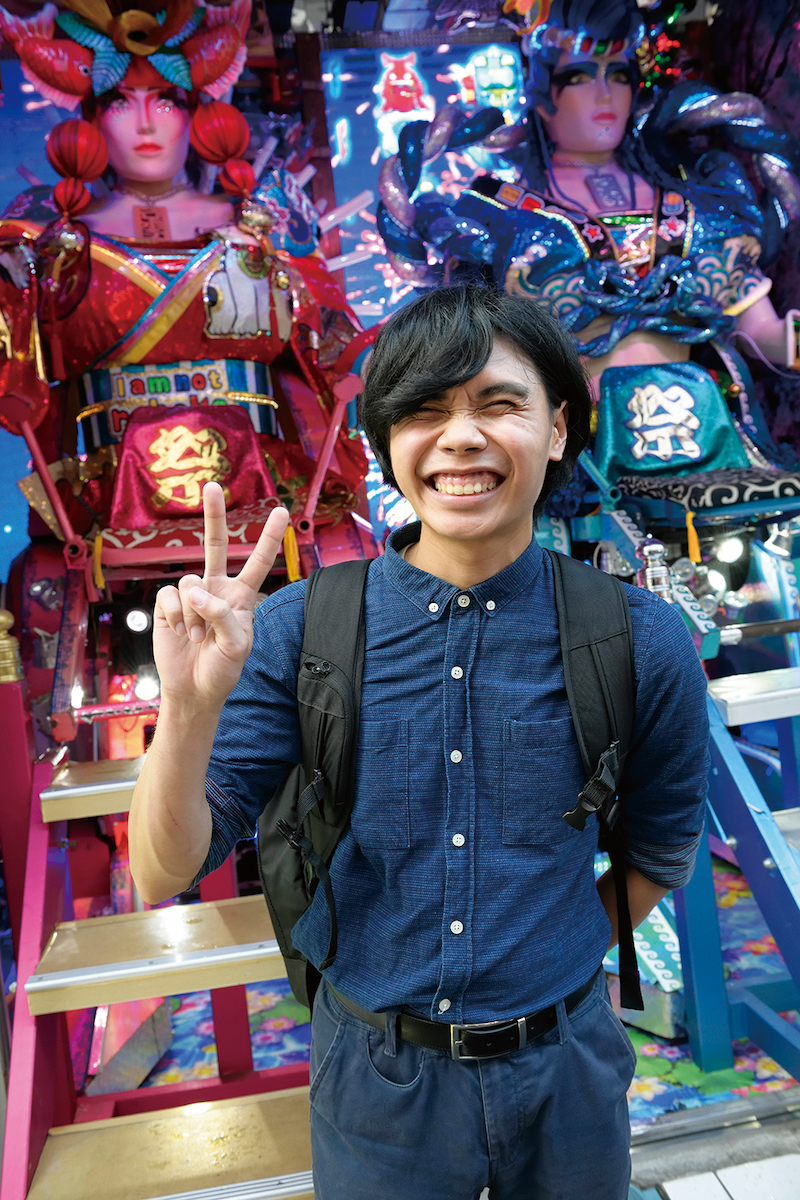 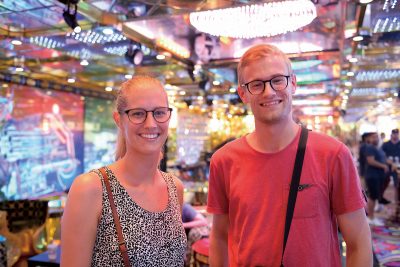 Kasper and Pernelle
from Denmark

We are expecting the show to be very colorful, loud, and a little bit crazy. Also, we heard about the drums too, though we’re not sure how will it go yet. 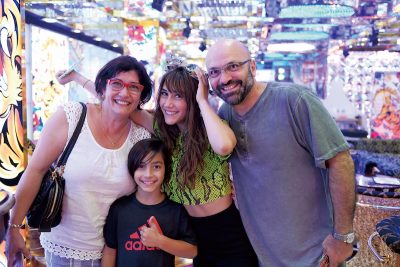 Silvia and Manietta with their family
from Canada

In here to visit and see robots. It seems very good! The lounge is a nice place. We heard the shows are really impressive – with a lot of lights and sounds. 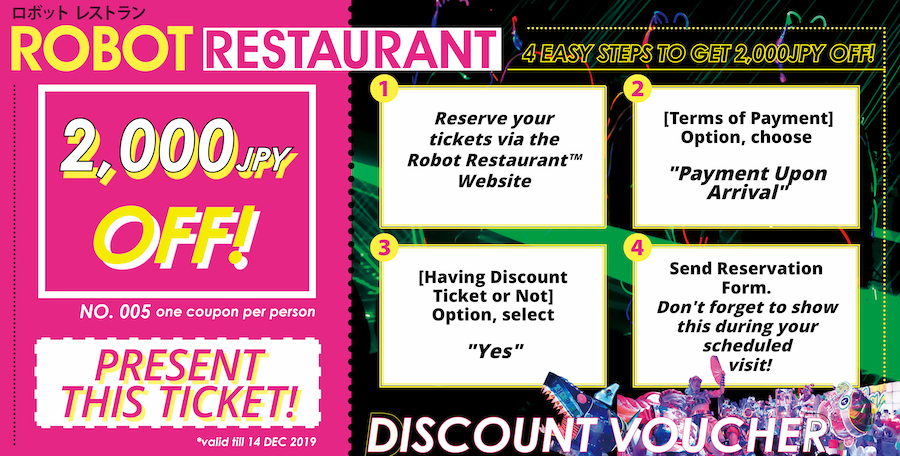 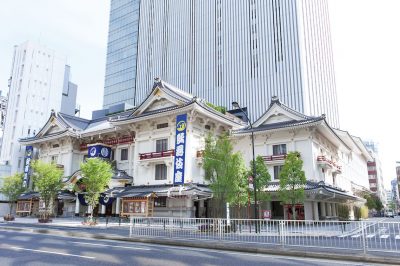