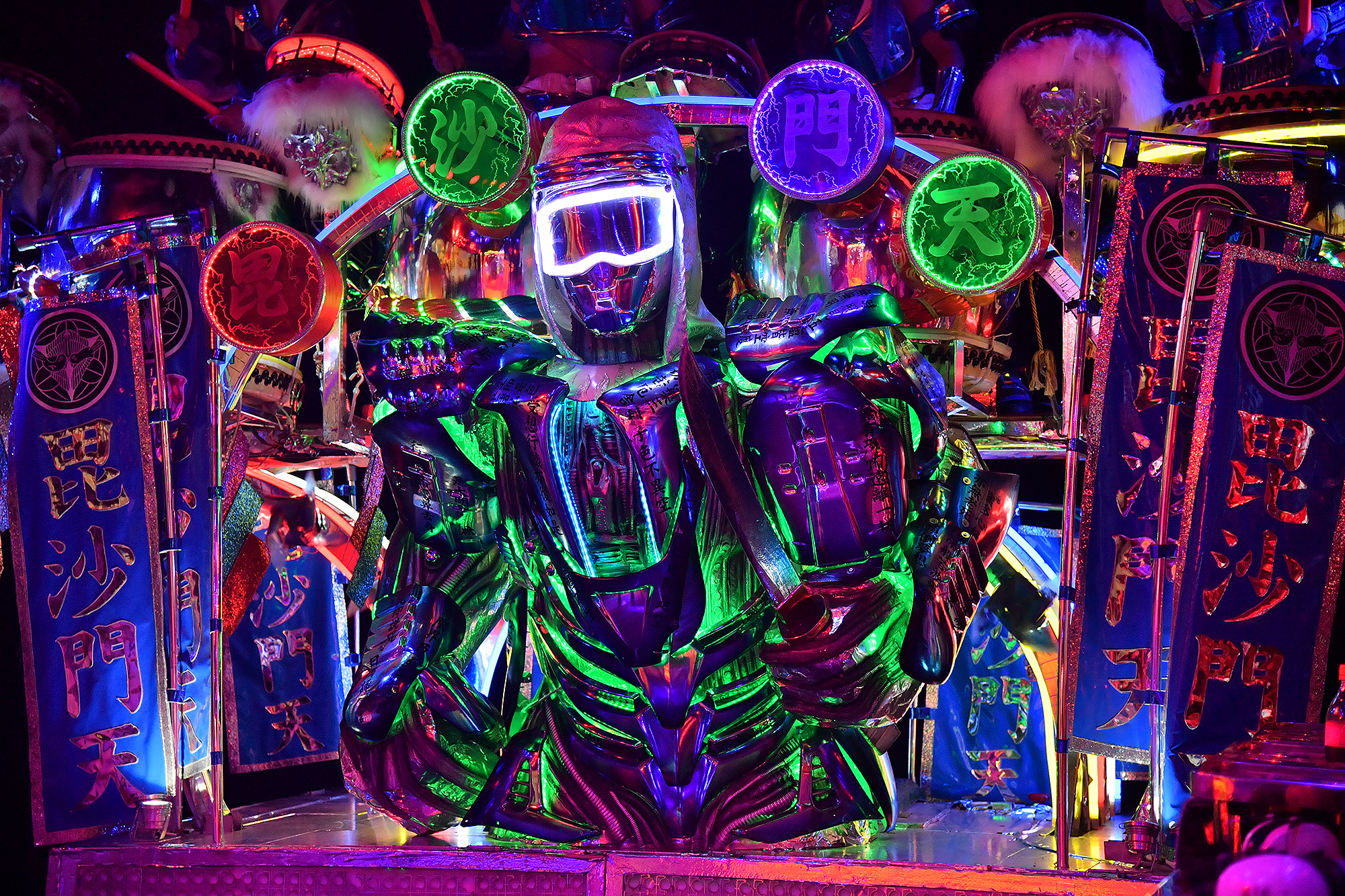 The very ﬁrst time I visited the Robot Restaurant in Shinjuku, I was completely unprepared and didn’t have a single idea what to expect. The mere name of the restaurant made my imagination go wild with guesses, but from the moment I entered I decided to give up on guessing and just wait in excitement for the show to begin. First, you enter the lounge and ﬁnd yourself dazzled and surrounded by
very creative interior which immediately captures your whole attention: neon lights, a kaleidoscope of shining mirrors, colorful manga-style patterns and bizarre furniture occupied by other impatient visitors counting the minutes before the show’s start. And ﬁnally, the moment comes! 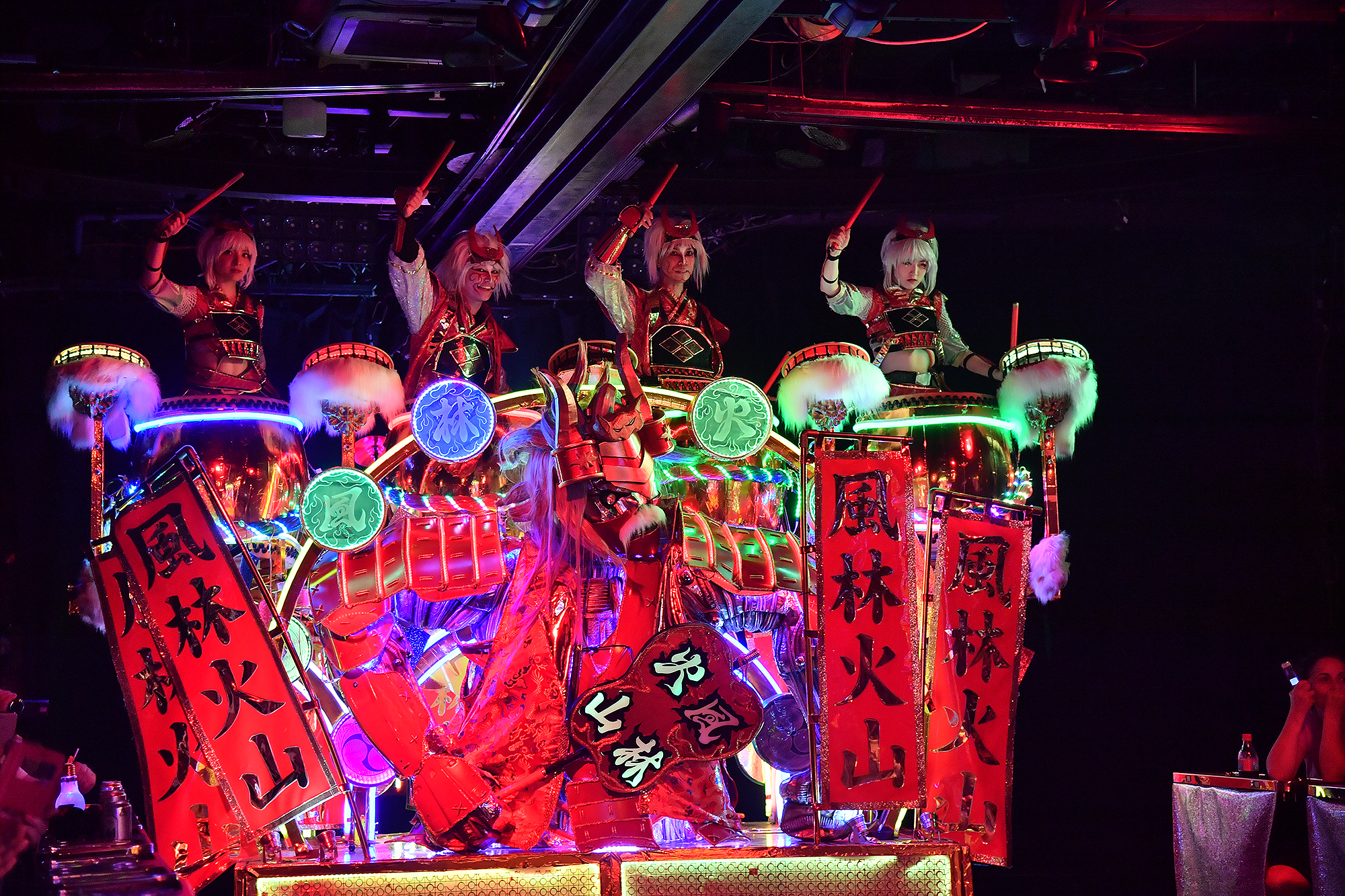 CARRIED AWAY IN THE CRAZY RHYTHM OF TAIKO DRUMS:

To say I was surprised would be putting it mildly. There are almost no words to describe the vibe of the show, but what I can deﬁnitely say is that the energetic and vibrant atmosphere will carry you away for the whole length of the performance! First, you ﬁnd yourself participating in a loud and fun Japanese festival with lanterns and dragon-shaped ﬂoats dancing in the crazy rhythm of taiko drums. Then the festival evolves into a feast of Japanese folklore with its traditional character staples such as kitsune (foxes), ookami (wolves) and youkai (ghost) creatures. 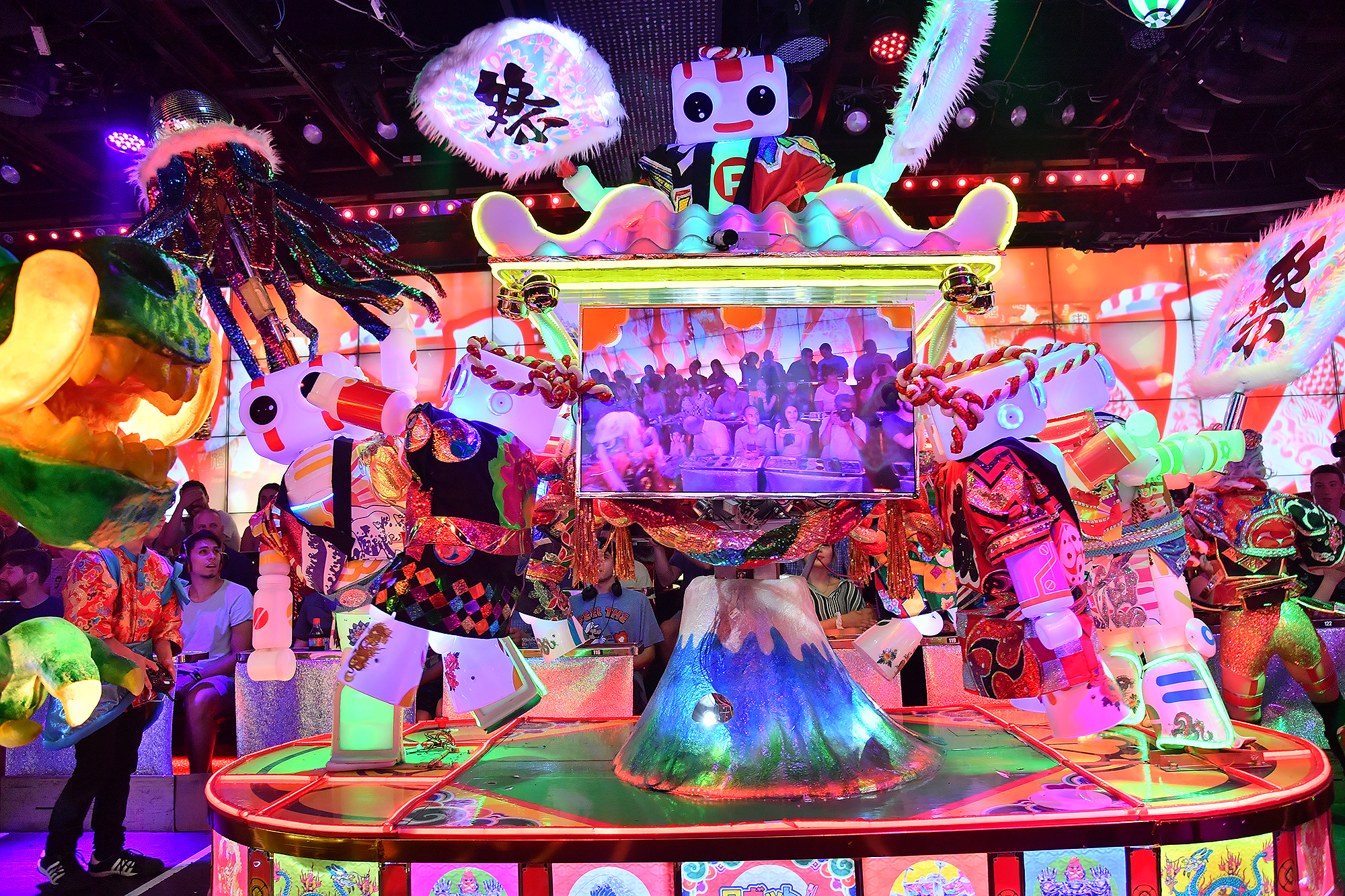 Eventually, after the short intro story about the failed coexistence of robots and humans in the far future, robots occupied the stage and thrilled the audience with foggy explosions, ﬁreworks and spectacular ﬁghts. The show ends with a happy parade where people and robots dance together with their signature brisk and dynamic rhythm, leaving you wondering how do they coordinate their movements on the narrow stage with such elegance. To sum up the show: it’s the most amazing combination of old and new Japan, Japanese folklore and vibrant pop-culture I could possibly imagine encountering in a single show. Also, despite its name being ROBOT Restaurant, I strongly felt that the PEOPLE who made this crazy fantasy world come to life are the most beautiful part of the show.

Mike and Sarah from UK
We saw the advertisement of the show in the guidebook and now we’re here and so excited! It feels like a portal between the future and the past, or like anime! We’ve only been in Japan for one day and we think this show will be a good start.

Bordoli family from Italy
“The atmosphere here is nice and fun and we love the singer. We expect to see a very colorful performance with elements of Japanese culture. Our kids are very excited too. This show will be a surprise for them!”

Jeﬀ and Joel Muser from Luxembourg
“We came here to see the freakiest show in our life! What we expect to see are lots of special eﬀects, crazy lights and bursts of colors. It’s amazing to be here!”