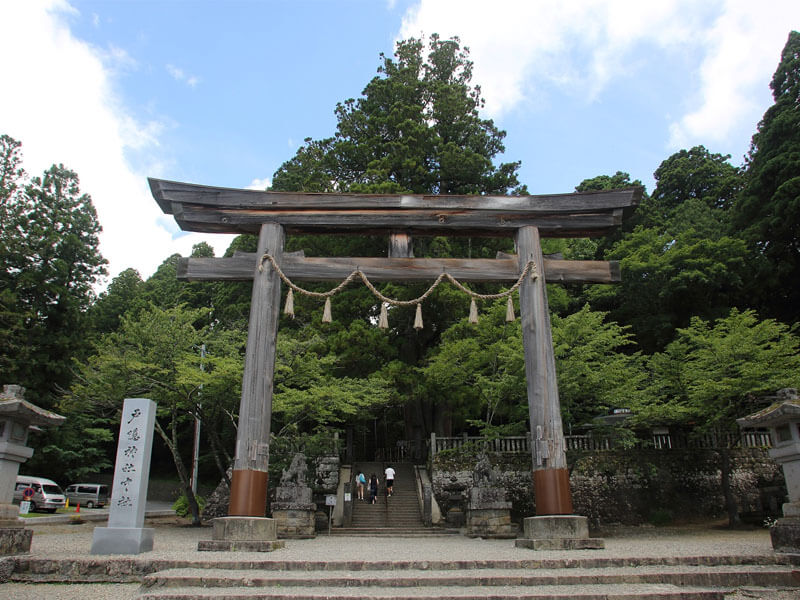 After taking an approx. 1,5 hour trip by Shinkansen from Tokyo, we arrived at Nagano Station. This time our destination is Togakushi which is located in the northern part of Nagano Prefecture. Togakushi is the birthplace of the mysterious Togakushi Ninja. Our first stop was Togakushi Shrine which is mainly related to the sun goddess Amaterasu in Japan mythology. The shrine consits of 5 shrines called Okusha, Chusha, Houkousha, Kuzuryusha, Hinomikosha. However, this time we focused only on Chusha, Okusha and Kuzuryusha.

The first thing we saw in front of Chusha Shrine was a gigantic Torii, a traditional Japanese gate which can commonly found in front of shrines. Moreover, there are 3 enormous trees that made us feel like we received power from nature as we drew close. Following Japanese traditional etiquette when visiting shrines, we washed our hands with the crystal clear water from the pond. This is a symbol of cleaning up body and mind before entering a spiritual place like the shrine. 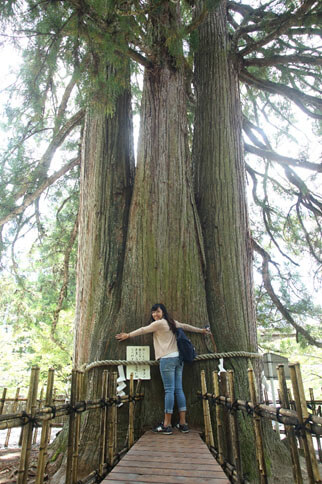 The most impressive thing about this shrine was Omikuji (fortune draw) which normally shows good or bad luck. Omikuji is usually just numbers written on a paper, but this shrine gives your fortune in the form of a letter. After telling our age to the shrine, we got a specially selected Omikuji, a letter that was supposedly given by the deity of the shrine. Usually, people should draw this omikuji only once a year and carefully keep it and refer to it throughout the year as a letter from the god.

In the main hall of Chusha, there was another must-see spot, which is the painting of the great dragon, one of the deities worshiped there. Apart from that, we also enjoyed seeing pure water fall in a well-known nature power spot for monks to make their physical and mental training and for normal people to escape from their busy daily lives.

The next stop for training our mind as a ninja was Okusha. The approach to Okusha is around 2 kilometers from the entrance. In the past, no matter they were great people or farmers, everyone had to leave their horses near the entrance and walk step by step to the spiritual shrine as equals. On both sides of the path, you can enjoy ancient cedar trees that have been standing for more than 400 years to welcome visitors and clear your mind as you walk down the green pathway. 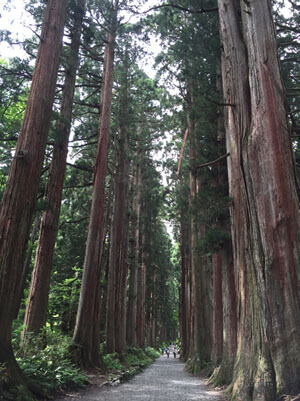 Afterwards, we arrived at the red Zuijinmon. In winter the ground will be covered by white snow, providing a gorgeous contrast to the color of the gate. We passed through this historical gate to enter another natural pathway ringed with cedar forest. 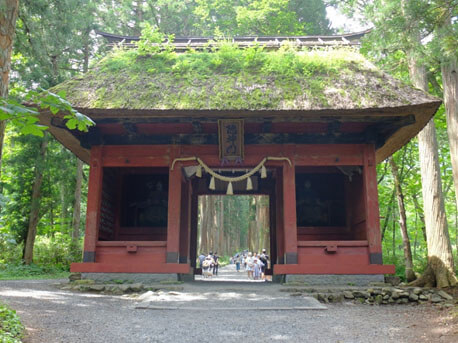 Finally we saw Okusha up on the hill with the scenery of Togakushi Mountain as its backdrop. Some folktales said that Amaterasu, mighty goddess of the sun hid her body in the cave on this location so other gods and people held the celebration to bring her out. Since the god of this shrine, Amaterasu, is known as the major deity and the goddess of agriculture as well, the symbol of the shrine is crossed sickles which represents the relation between the shrine and agricultural life of the people throughout its long history. 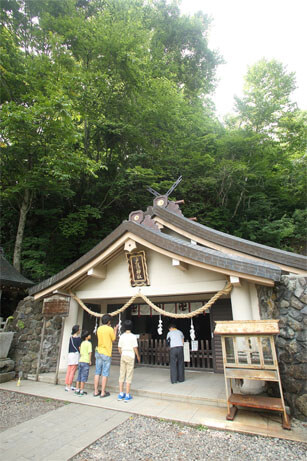 A short distance from Okusha, there is Kuzuryusha built for the nine-headed dragon deity Kuzuryu, where people commonly pray about the weather. Furthermore, the deity is also believed to be the god of teeth and the god of love. Even now, people still offer food and fruits to the Dragon God in the forest.