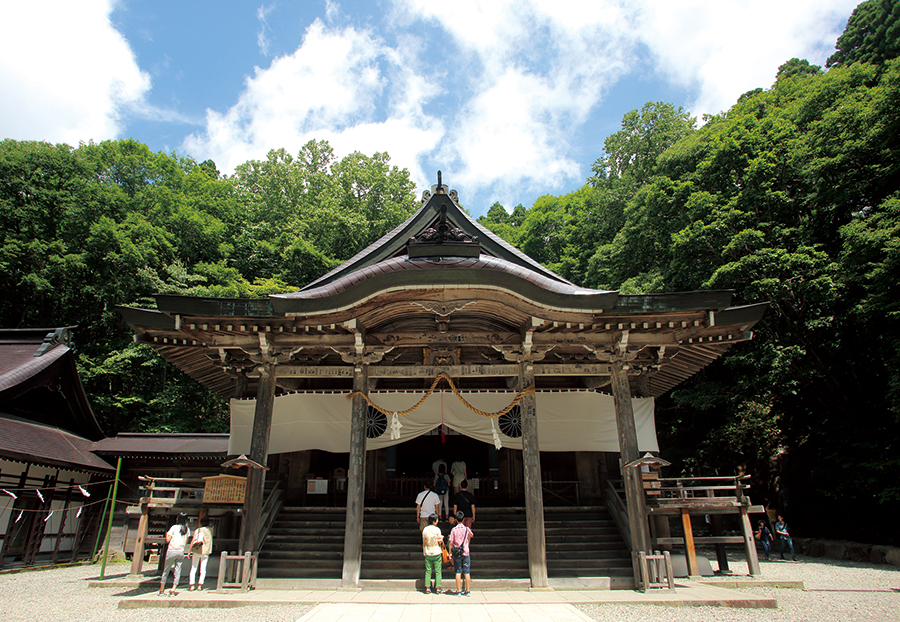 Togakushi Shrine consists of five shrines located at the base of Mt. Togakushi. According to Japanese mythology, a grief-ridden Amaterasu, goddess of the sun, hid herself in a cave, plunging the world into darkness. The other deities, finally flung away the stone door which formed Mt. Togakushi (literally “the door of hiding”)where it landed, thus returning the sun to our world. Whether or not the legend is true, deities that appeared in the story, “Ama no Iwato Hiraki ( the opening of the gate of the celestial rock cave ) ” are enshrined here adding charm and mythology to Togakushi.

Ame no Yagokoro Omoikane no Mikoto, who managed to open the Rock Cave of Heaving and restore light to the world, is the god of intelligence and wisdom enshrined at Chusha Shrine. Near the area, stand stand over 700-year-old cedar tree called “Goshinboku” (sacred tree) and over 800-year-old cedar tree called “Sanbonsugi” (triple cedar trees ) overflowing with power, and roaring behind the shrine are The Sazare Waterfalls. Gazing upon the cascading wall of water is said to increase your luck which gives you the perfect opportunity to try picking omikuji, small pieces of paper with

At the foot of the 1,911-meter-tall Mt. Togakushi is the sacred Okusha where Ameno Tajikoarao, the god who opened the gate of the Celestial Rock Cave, is worshipped. Get ready for an exciting hike through Japanese nature, as the entrance torii, (Shinto shrine gate), and the main building of the shrine are approximately two kilometers apart from each other. 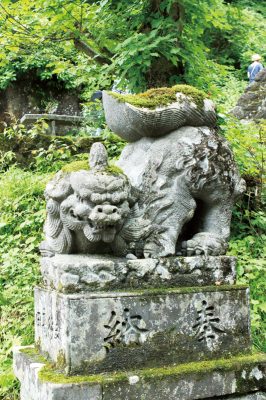 Kuzuryusha is dedicated to the nine-headed drag-on god, who is the ruler of Togakushi, and is located on the left side of the main shrine. He is also known as the god of tooth decay, so don’t forget to take your toothbrush along!

Hinomikosha has a peaceful design. This shrine is thought to bring artistic talent and marriage blessings.

A steep staircase leads to the top of the shrine. The carvings of this shrine are well worth a visit.

Gods are said to pass through the vermillion lacquered gate in the middle of the road to approach the rear shrine. Its impressive appearance is sure to fill you with a sense of awe as you walk on the the avenue of over 400-year-old cedar trees.

The mountains of Togakushi reflect beautifully on the surface of this lake, creating a magnificent image. The area is said to be a power spot for purifying the mind and body and activating a person’s energy.