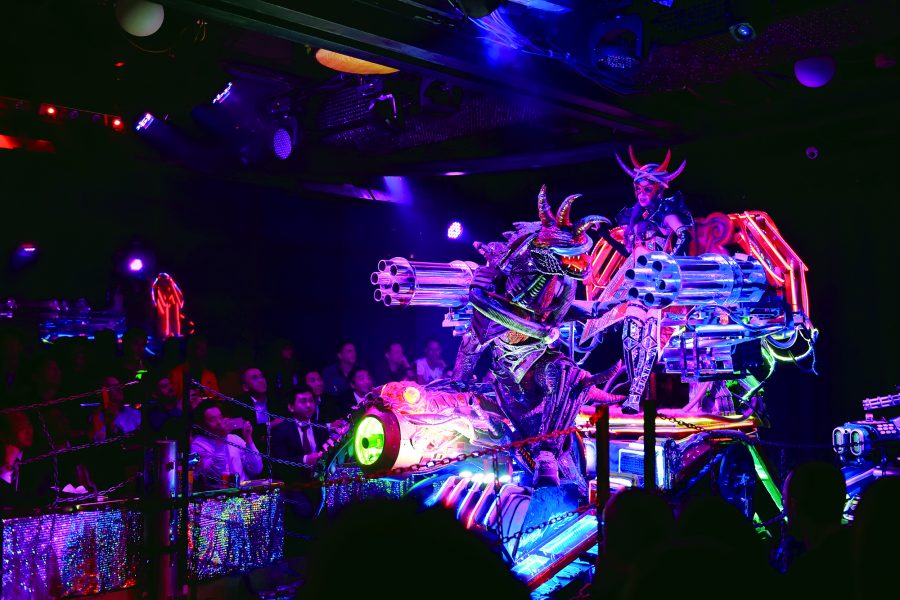 Offering a wholly unique, bombastic spectacle of a show
you’re unlikely to find anywhere else

Whenever I meet people on vacation in Japan and ask them their plans, one thing invariably comes up: Robot Restaurant. Though I myself had never been to Kabukicho’s cyborg cafeteria, I have certainly passed it many times on my way to a night out in the red light district and would occasionally see the gigantic flatbed trucks they drive around Shinjuku station, with two of the robots loaded onto the back to promote the show. Suffice to say, it was simply one of those things that I was very much aware of but never really gave a whole lot of thought to, like the Empire State Building for New Yorkers or the Louvre for Parisians. 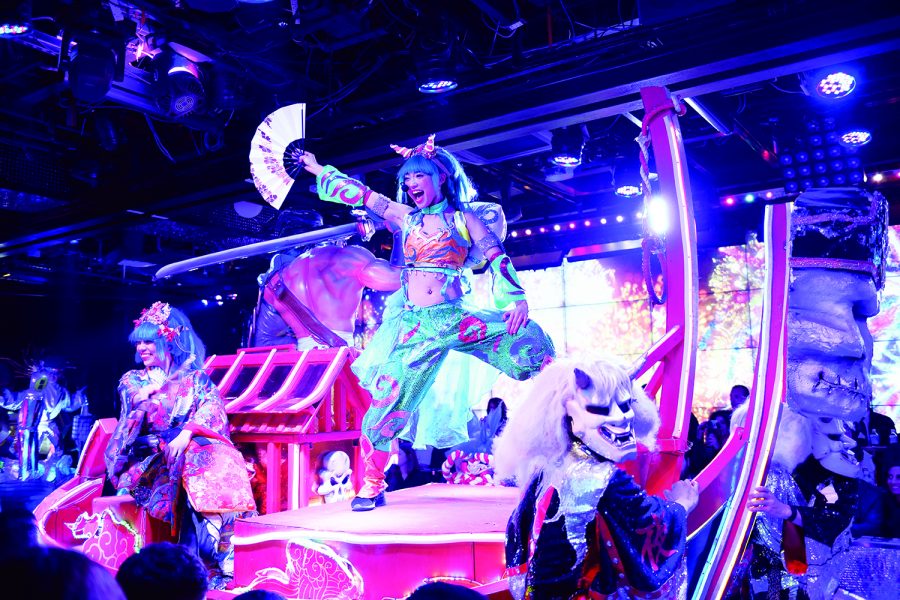 Now, before anyone grabs a pitchfork about comparing a preeminent art gallery to a basement in Tokyo which looks like a hall decorated by the son of Liberace and Rip Taylor, and where customers are initially shepherded into a room with a baritone lady dressed in a wedding gown backed by Daft Punk rejects playing backing tracks as she belts out ‘90s R&B staples, know that I’m only comparing the actual act of visiting the two here, not what’s on display.

The show I attended was completely full, and with only four shows per day starting rather early, it simply never entered my mind to go of my own accord. Now that I have seen it, however, and been tasked with describing Robot Restaurant to the uninitiated, the only description that comes to mind would be, “Hot fever dream of confusion.” 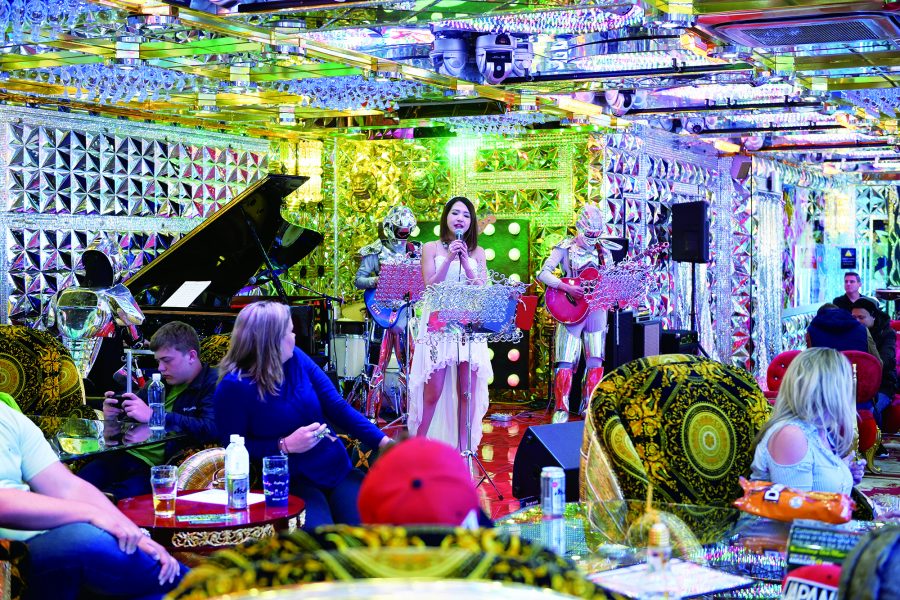 Japan has always been known for its prowess at adapting and innovating anything from androids to automobiles. The show at the Robot Restaurant is inspired by everything, ranging from Japanese history to mecha anime, carnival acts, Greek mythology, dinosaurs, and J-pop. Like the sculptor who builds giant monuments to Barbra Streisand out of miniature toy cars, Robot Restaurant offers a completely unique experience that cannot be found anywhere else. If you’re looking for a fast, frenetic, bright, bombastic spectacle, you could do a lot worse than Robot Restaurant.

“We came at the recommendation of friends.”

“They told us to keep our expectations low but that we were in for a good show. We heard the show has mellowed out over the years, but that it is still a unique experience.”

“we were stoked to go”

“We first heard about this place from Anthony Bourdain, and it kept popping up in Google Maps under things to do, so we figured we’d check it out. We were really interested to see what it was all about, and when a relative said they’d bought us tickets as a gift for our honeymoon, we were stoked to go.”

Read one more impression from the Robot Restaurant by another WAttention reporter.