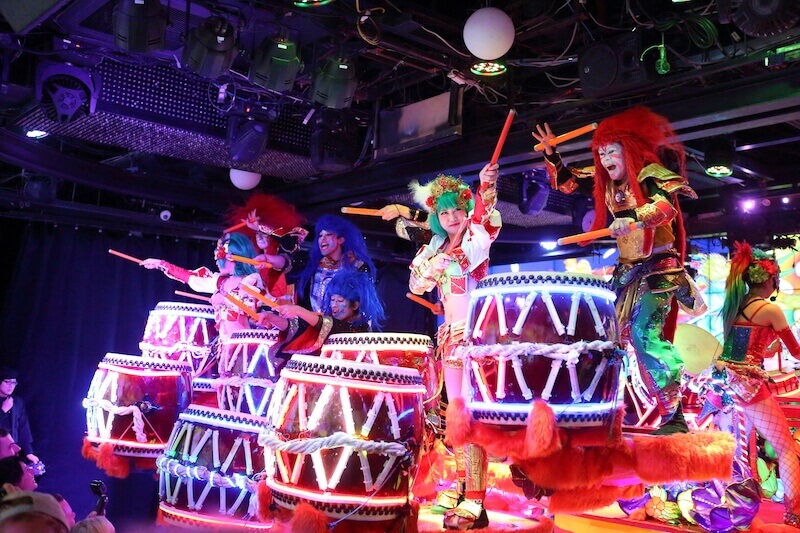 Are you ready for the crazy stuff?

The presenter of the show asked the audience in a loud, excited voice: “Are you ready for the crazy stuff?” I knew she was not exaggerating, but nothing prepared me for the utter assault of the senses that came next. Whatever flamboyant word I could ever think of doesn’t come close to describe the overwhelming experience of going to the Robot Restaurant, one of Tokyo’s most popular must-do activities.

The show features a bizarre mix of imagery related to Japanese culture, where traditional elements such as Taiko drums, Shamisen music, ninja and samurai are grounded together with staples of contemporary Japan like robots, lasers and creepy, yet adorable characters straight out of anime. This recipe for craziness is drizzled with global references such as reggaeton, pop music and samba dancers. 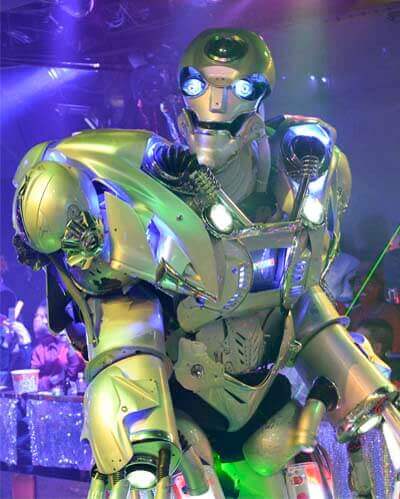 The show is relentless and before you are even able to conjure up an opinion the spectacle changes all of a sudden, covering every single inch of the usable space on the actor’s costumes, mechanical floats and the giant screens behind the audience with new, baroque motifs . At some point, a battle between good vs. evil ensues, giving way to an array of unconceivable characters. Space soldiers, shark women and even a pink gorilla dangling from a flying wasp-robot, you name it. They all fight to the death, spewing showers of sparks and dry ice at each other and incessantly hop around the stage making the gaze of the audience bounce in all directions like out-of control ping-pong balls.

Trying to understand this show will make your brain hurt, which is why the best advice I can give you is to let go of all meaning, and put yourself in raw perception mode. You’ll soon find yourself clapping and cheering, moved by an energetic performance that ends with a colorful parade of even weirder characters.

“I came because I was told this show is more amazing than watching Jimmy Hendrix live!”

“It’s a sensory overload of flashy lights and loud noises!”