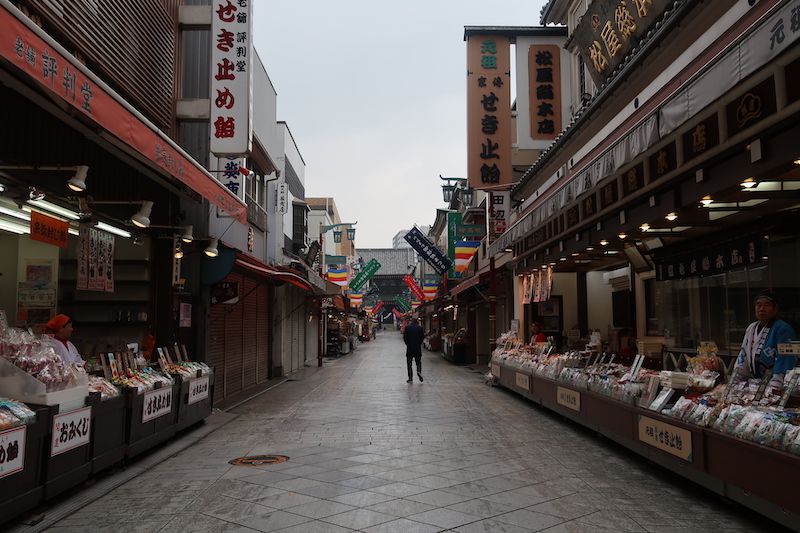 Beyond the first urban impressions of its capital Yokohama, Kanagawa prefecture surprises us with cultural treasures, fascinating legends and historic sites that are of great importance to Japan. Also, its transport connections are closely intertwined with its glamorous neighbour Tokyo. As a result, Kanagawa makes a great day-trip. Additionally, lesser known spots of Kanagawa provide profound insights into life in Japan.

Kawasaki Daishi Heikenji Temple in Kawasaki, attracts millions of visitors in the first week of the new year alone. That’s owing to the Japanese tradition of Hatsumode to ward off evil. The Indian-style temple in the complex is of rare architectural detail in Japan. In addition, Kawasaki Daishi Heikenji Temple’s sutra repository holds Buddhist texts detailing the journey of Buddhism from India to Japan. In fact they are of such immense historical value that it is a matter of pride to be standing in the same room.

On the other hand, Shomyoji Temple starkly contrasts the opulence of Kawasaki Daishi temple. The Jodo-style temple garden with a serene lake reflecting a vermillion bridge draws a feeling of quiet introspection. In the temple dense city of Kamakura, Hasedera Temple has a relaxing zen vibe with an observation deck. From there, you can see views of Sagami bay glistening all the way to the horizon. The legends surrounding the history of each of these temples are as intriguing as the varied interpretation of the same beliefs displayed in each of the temples.

Not far from the land of temples, Kamakura is the island of Enoshima that plays along to its lexigraphy – E-No-Shima – an island like a painting. The beaches along Enoshima coast are popular with stand-up paddling and wind-surfing enthusiasts who add specks of colour to the glistening bay with their neon coloured equipment.

The Enoshima Sea Candle is one of the most prominent structures on the island, visible at one end of the coast. Also, the observation deck of the lighthouse offers splendid sunset views. On a clear day, Mount Fuji also appears along the coast. As a result, it’s one of the most easily accessible spots to view the magnificent mountain.

A further trek from the Sea Candle leads to Iwaya Cave that is said to connect directly from the island to Mount Fuji. In addition, a fascinating local folklore surrounds the cave. It tells of a five-headed dragon that terrorized a village in Kamakura and accepted children as sacrifices. One day, after a massive earthquake, a heavenly maiden appeared. When she touched the surface of the water, an island appeared. Legends say that island is present day Enoshima. Later, the maiden married the dragon on the condition that the beast would stop terrorizing the village.

The story seems like a loose prehistoric interpretation of the volcanic activity of Mount Fuji where the fire-breathing dragon (i.e., volcanic mountain) meets water (i.e., heavenly maiden) to create an Island. It is a great story to illustrate Mount Fuji’s importance in everyday life of the area.

In Fujisawa city, a short distance from Enoshima, Fujisawa Ukiyo-e Museum exhibits traditional ukiyo-e artworks – Japanese woodblock print and paintings. The art depicts the lifestyle of people in the area. Of course, Mount Fuji features prominently in the collection. In one of the paintings, Mount Fuji crosses beyond the frame of the picture, highlighting the significance of the iconic mountain in everyday life and culture.

Fusion of America and Japan in Kanagawa

Besides its spiritual, natural, and cultural heritage, Kanagawa also boasts importance in the history of Japan. When Japan opened doors to foreign trade, Yokosuka Naval Port was one of the first ports to build a shipyard to support infrastructure. Today, US Navy and Japanese Maritime Self-defense Force fleets cruise around Yokosuka Naval Port. The association of US Navy on the port also gave rise to a novel fusion of Japanese and American cultures. This blend appears in the American-style diners, bars and military shops along Dobuita Street. Fashion and food also evolved. For example, the sukajan jackets embroidered with Japanese illustrations and the Yokosuka navy curry where Japanese curry rice are served with milk. The sukajan jackets have re-emerged on the fashion scene recently as bomber jackets.

From varied temples and picturesque landscapes to entertainment and cultural heritage, Kanagawa prefecture makes an intriguing destination for anyone visiting Japan. 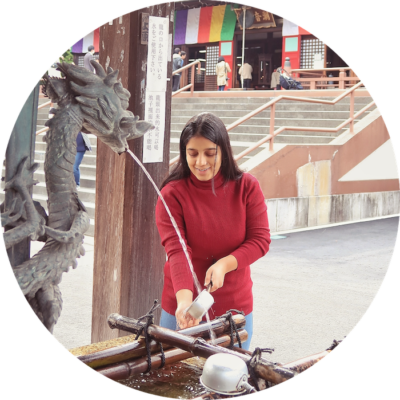 Aikta Kumar is a globe-trotter indefinitely in search of cultural and culinary experiences. When she isn’t traveling, you will find her curating travel photographs, penning her travel experiences in a chic café or in search of vegetarian renditions of local foods. En route the sixth country she will call home, check out where she is now at thewanderpedia.com