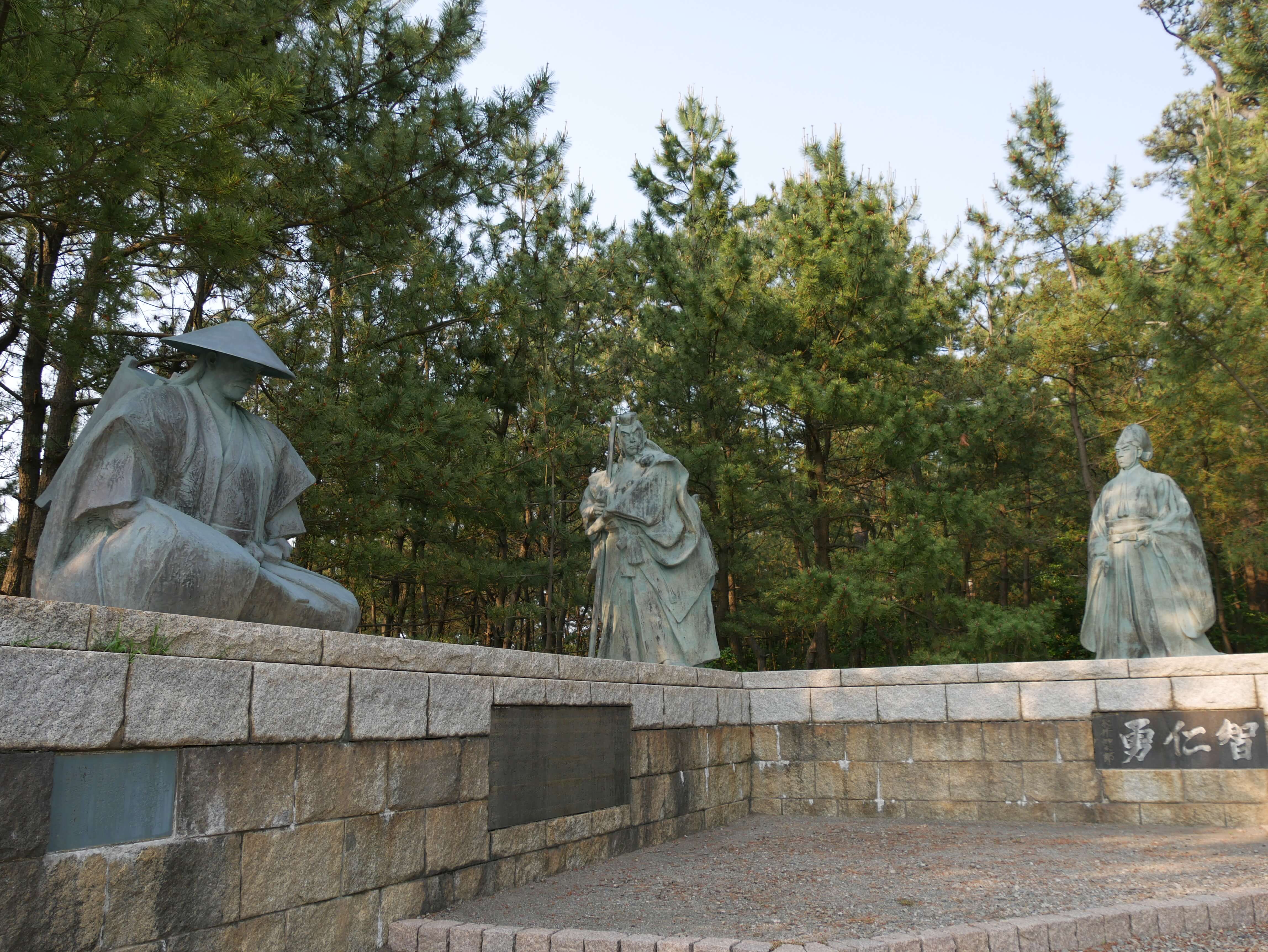 Believe it or not, Komatsu is a Kabuki City. But why? You might ask this question because when people think about attending a Kabuki play they think about the extravagant theaters in Tokyo and Kyoto. But Komatsu in Ishikawa prefecture has more Kabuki than you might expect.

Komatsu City is a castle town founded by Maeda Toshitsune, third lord of the Kaga clan. Toshitsune was knowledgeable about the arts such as the traditional tea ceremony and at the same time protected and promoted the industry. This made Komatsu flourish, both culturally and economically. A lot of this cultural knowledge was invested in children’s Kabuki plays that are still performed every year. 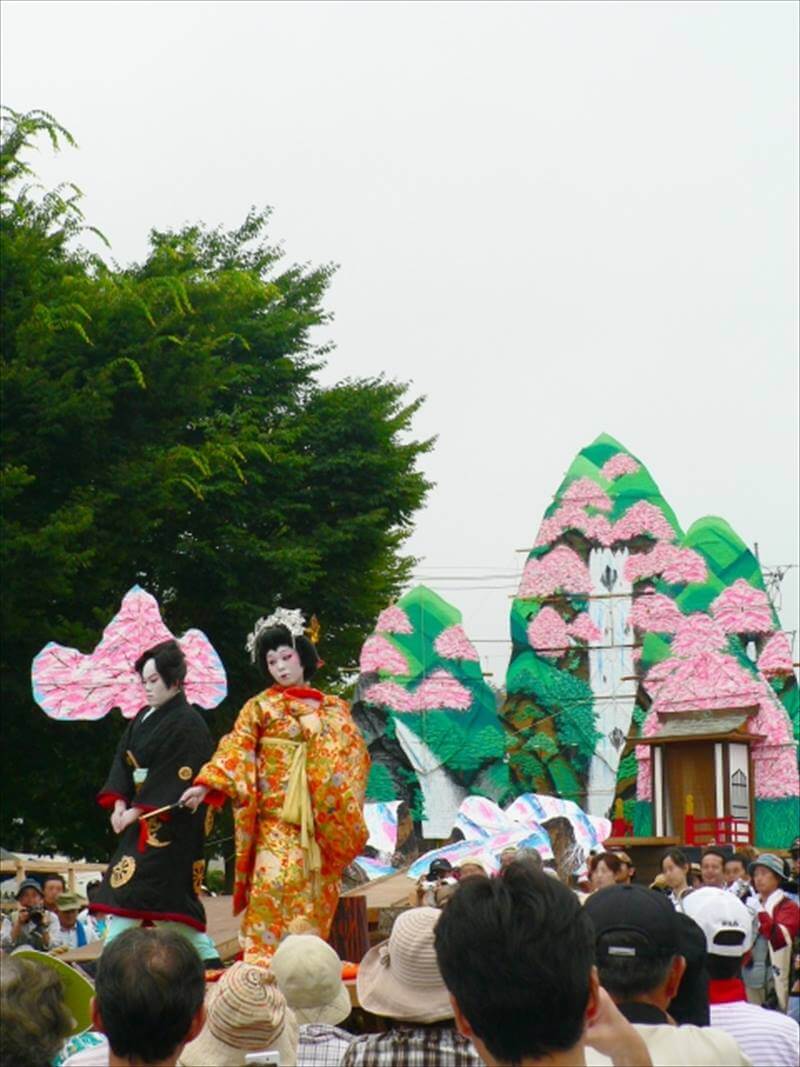 Another very important reason is that Komatsu is the location of Japan’s most famous Kabuki scene from the beloved Kabuki play：Kanjincho. This treasured story is about two warriors, Yoshitsune and Benkei. Even though they are seen as legends now, these two people are actual historical figures who existed.

Yoshitsune was a fierce warrior trained by Tengu and Benkei was a warrior monk, said to have been the size of an ogre with equal strength. They became friends and traveled together.

Yoshitsune’s half-brother Yoritomo, who would become the first Shogun of Japan, started chasing the pair out of fear that Yoshitsune might take away his favorable position. Yoshitsune and Benkei disguised themselves as Buddhist monks and headed for the Ataka no Seki checkpoint, where they would be safe after making it through. Togashi, who was the head of the checkpoint did not believe they were monks and asked them to read from their donation scroll. Quick-witted Benkei started reading from a blank scroll and was able to fool Togashi into believing he had a real donation list. After all, Benkei was a real monk and could easily make up the names. But Togashi came closer and saw the blank list, and the truth was revealed. Luckily, he still praised Benkei’s smarts and let them pass. 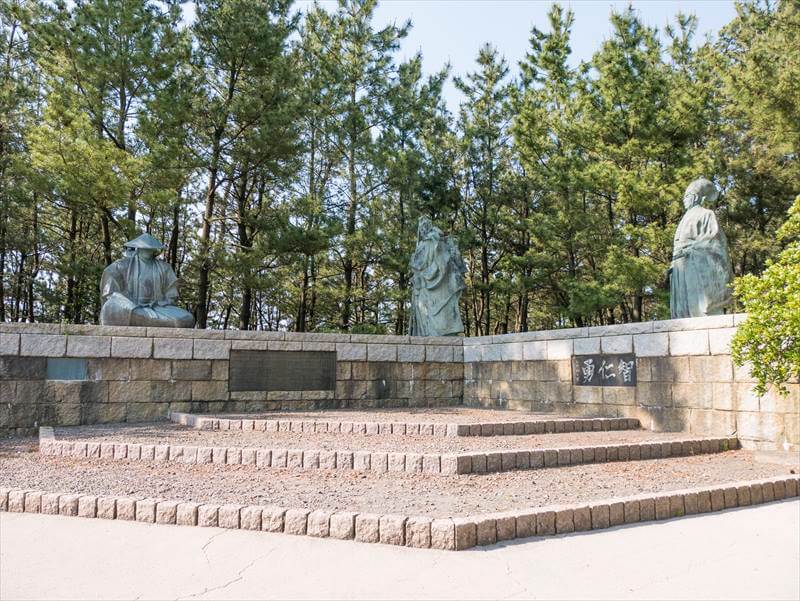 Ataka Barrier Ruin facing the Sea of Japan is the setting of this famous Kabuki scene and has statues of Yoshitsune, Benkei and Togashi. Standing in front of these figures really takes you back to the time when this scene actually took place.

The original weapons used by Benkei are kept in the shrine near Ataka, just a short walk from the statues. 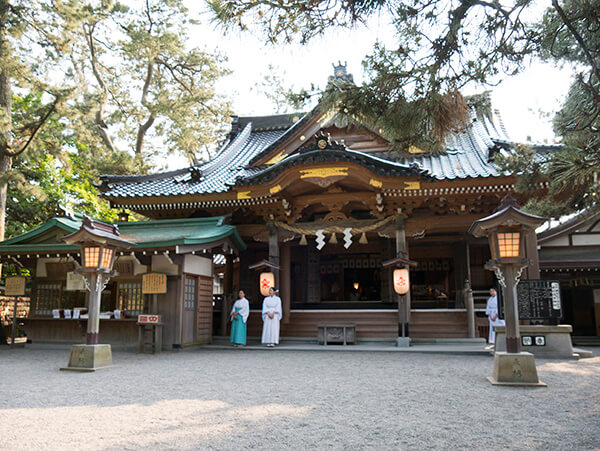 Everywhere in Komatsu you can find traces of Benkei and Togashi.

Every year in May children perform Kabuki during the Otabi festival. Eight towns have special floats that look like mini-Kabuki stages. The children are in full makeup and are said to perform brilliantly. 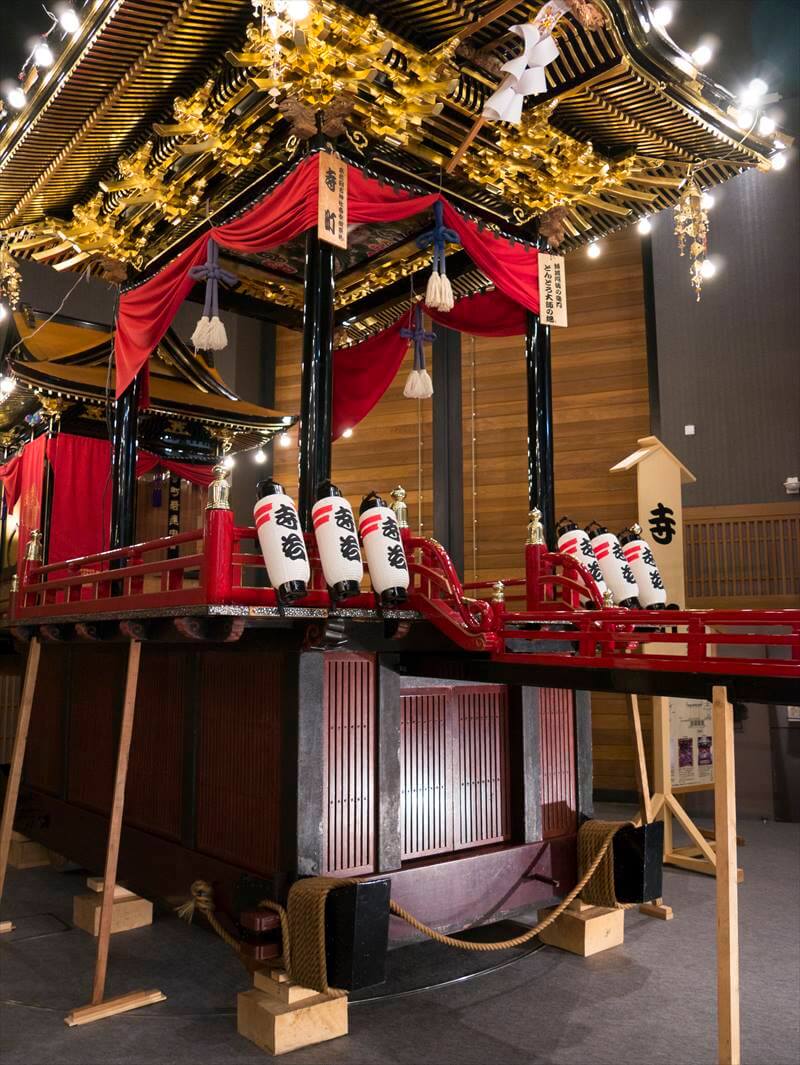 So when you’re in Komatsu, why not try to catch a children’s Kabuki play or visit the local museum about the famous Kabuki play “Kanjincho”.