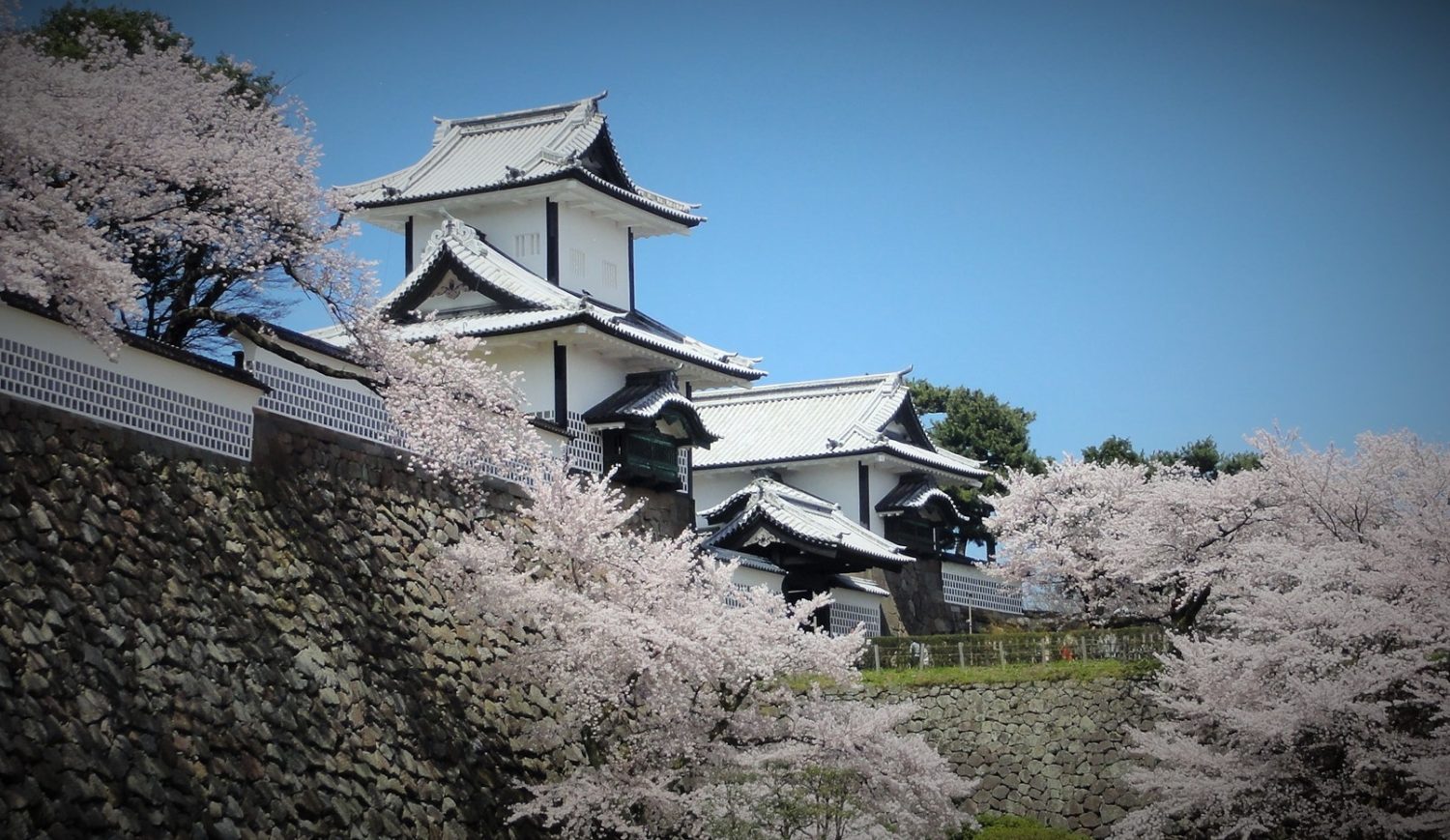 Original surviving Japanese castles are a rarity. In fact, only a dozen retain their original keeps. Many more lie in ruins or have been reconstructed. Beyond the castles, however, many historic castle towns in Japan preserve their rustic atmosphere. These towns that sprung up around castles are called jokamachi. A couple of the most notable castle towns are Osaka and Nagoya. In fact, most modern metropolises in Japan started out as a powerful castle town. However, we are looking a few rural castle towns in Japan that have kept their rustic and historical feel. For any fan of jokamachi, these are the top destinations in Japan for history and culture. 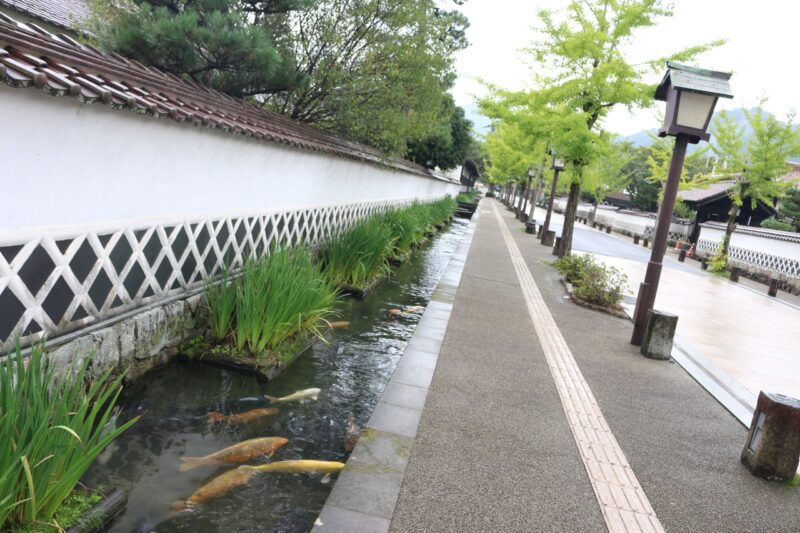 Tsuwano, in Japan’s mountainous countryside, is one of the nation’s most beautiful historic castle towns. Though on the remote western side of Honshu Island facing the Sea of Japan, it is often called “Little Kyoto” for being such a striking look-alike. However, the old-fashioned streets of Tsuwano are much more tranquil than Kyoto’s. Take a walk through Tsuwano visiting traditional sweets shops, sake distilleries, and samurai residences. Adding a charming touch, the canals are filled with lively koi fish! This castle town in Japan is a hidden gem you won’t want to miss.

Why You Should Visit Tsuwano Japanese Castle Town: 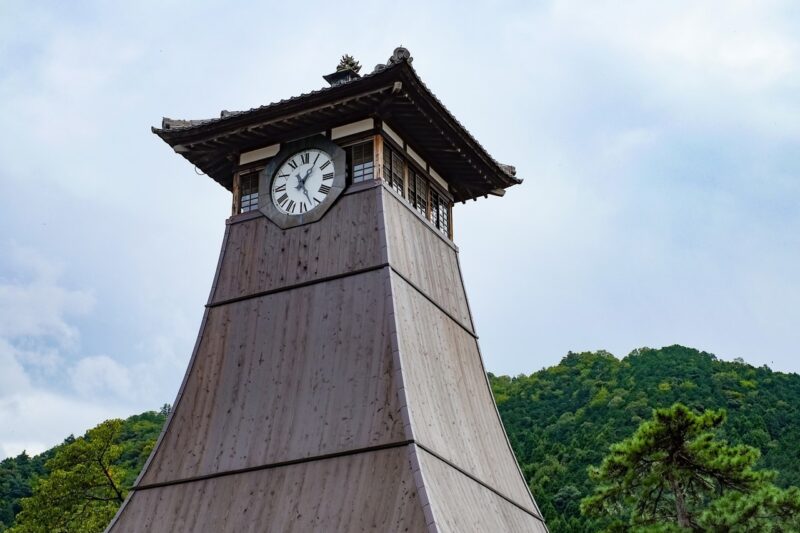 Hyogo Prefecture in the Kansai Region is home to Himeji Castle, one of Japan’s 12 Original Castle. Though much smaller, Izushi quietly preserves the historic atmosphere of this old castle town. Izushi Castle was partly reconstructed in 1979, combining with the ruins to give a fine impression of what this hilltop structure would have looked like hundreds of years ago. Its surrounding town is now part of Toyooka City, but reminders of Izushi’s historic past remain. Visitors will notice the striking Shinkoro Tower that watches over the traditional city streets. You’ll also be able to try the town’s specialty cuisine—Izushi soba noodles.

Why You Should Visit Izushi Japanese Castle Town: 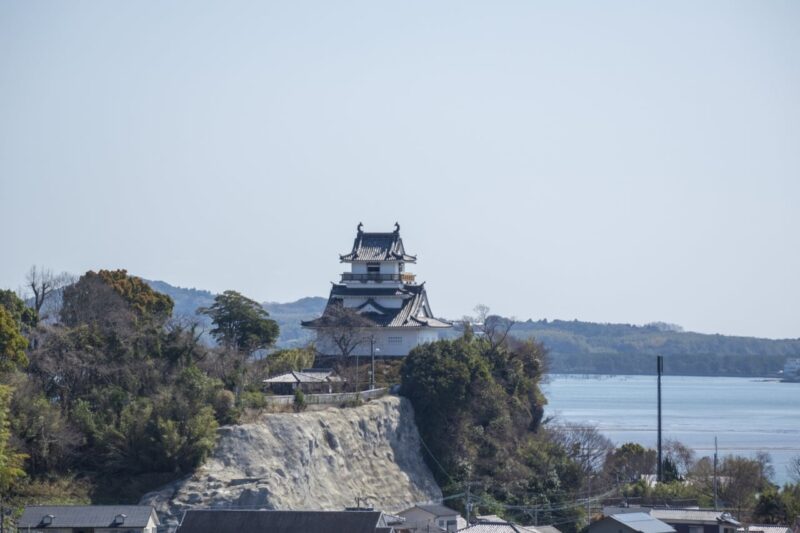 Kitsuki is a charming castle town in Japan on the Kunisaki Peninsula in Oita Prefecture. Some refer to it as a “sandwich castle town” because Kitsuki has two wonderfully preserved samurai districts with a commercial district running through the middle. The three-tiered main keep of Kitsuki Castle was originally built in 1394. However, it fell during the Meiji period. Since its renovation in 1970, Kitsuki Castle has become known as Japan’s smallest castle. However, despite its size, Kitsuki Castle boasts some impressive views. Scenic slopes, samurai residences, and cool breeze from the Seto Inland Sea make Kitsuki a wonderful castle town to visit.

Why You Should Visit Kitsuki Japanese Castle Town: 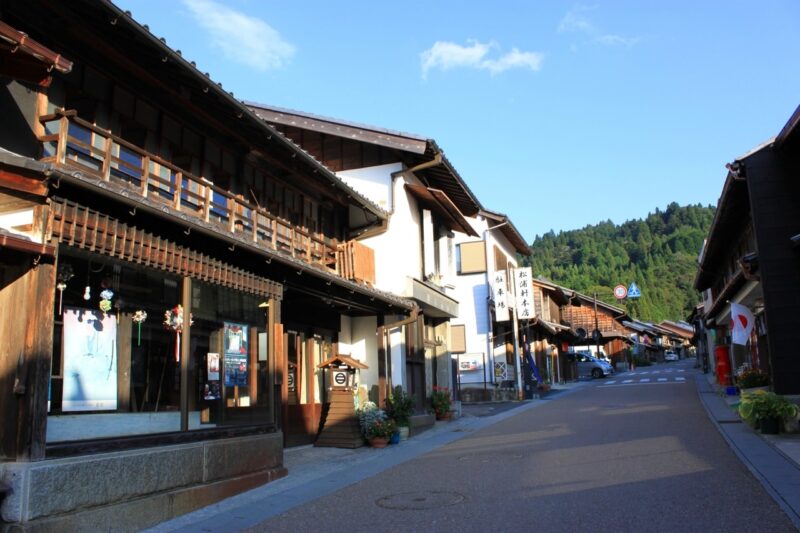 The ruins of Iwamura Castle, the highest castle in Japan, overlook the surviving town from atop a mountain. After an invigorating hike, visitors can stroll through the thoughtfully preserved streets. All electrical wires now run underground, truly transporting guests back to the Edo period (1603-1868). The preserved castle town Iwamura is in Gifu Prefecture, in the mountainous Chubu Region in the center of Honshu Island. 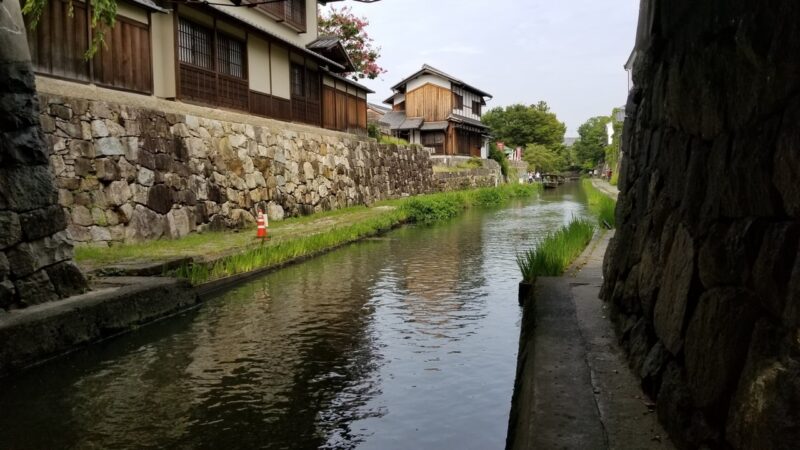 An easy day trip from Kyoto, Omihachiman has a lot of sights and rich culture offer. With its serene location along Lake Biwa, reed-laden canals, and dazzling whitewashed 19th-century houses, this well-preserved Japanese castle town is worth a visit. Take a lazy boat ride through the city’s meandering waterways, catching glimpses of Edo Period warehouses and shops! Omihachiman boasts intense natural beauty too and is considered to be Japan’s first Important Cultural Landscape. 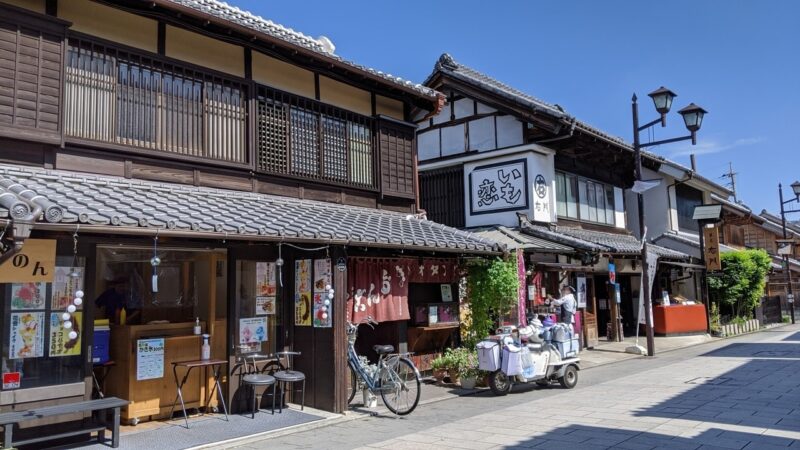 A short distance from Tokyo, visiting Kawagoe is a great way to escape the rush of metropolitan life and travel back in time. In fact, a quick train ride will get you there in about half an hour from central Tokyo. During the Edo Period, Kawagoe was an important trade town, supplying Tokyo (which was then called Edo) with much-needed resources. The town’s characteristic clay-walled warehouses are a keen reminder of Kawagoe’s commercial past and the important role it played for Edo. Being so closely related, Kawago earned the nickname “Little Edo” for its resemblance. Along with the charming town architecture, you can enjoy exploring the only remaining structures of Edo Castle.

Why You Should Visit Kawagoe Japanese Castle Town: 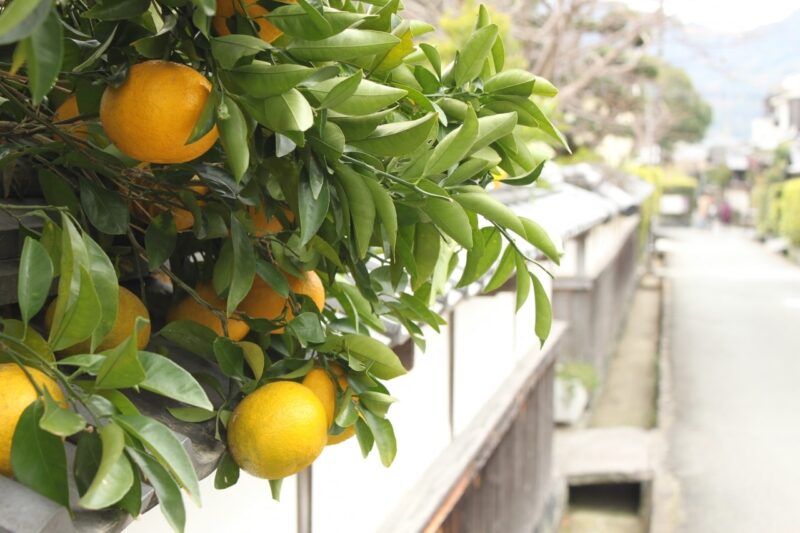 Hagi Castle only stands in ruins today, but the surrounding city streets still carry strong reminders of the town’s long history. Hagi is home to luxurious feudal mansions and samurai residences, as well as thriving merchant districts. Visitors to Hagi can even explore some of these fine houses along with the town’s many museums and temples, famous for stone lanterns. Along with the peaceful coastal atmosphere, this well-preserved castle town deserves a visit. Hagi lies in Yamaguchi Prefecture, neighboring Hiroshima in the Chugoku Region.

Why You Should Visit Hagi Japanese Castle Town: 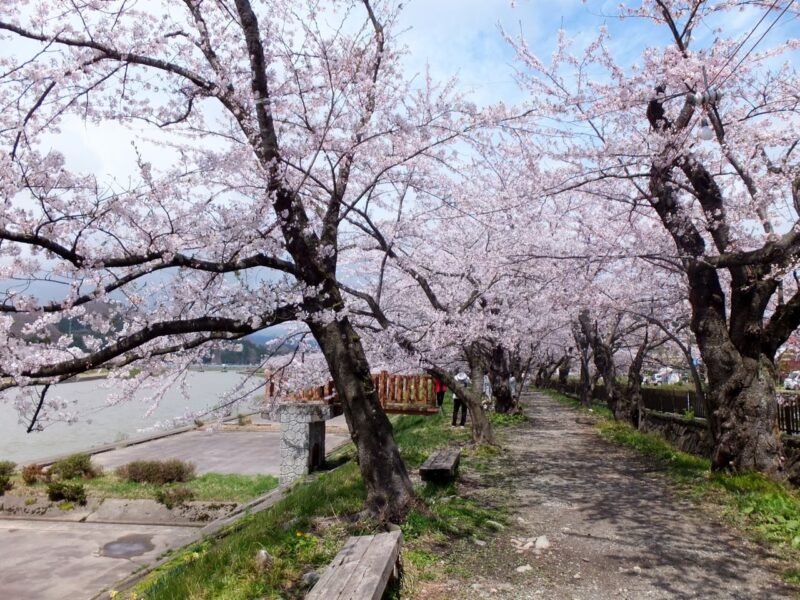 Not only a prime spot for cherry blossom viewing, but Kakunodate has deep historical roots. It’s one of the best places to experience what a true Japanese castle town might have been like. In fact, descendants of Kakunodate’s samurai still live in and own the town’s historic residences. Some are open for public tours, making Kakunodate a fine example of samurai architecture and culture. You can visit Kakunodate in Akita Prefecture in the northern region of Honshu Island facing the sea of Japan.

Why You Should Visit Kakunodate Japanese Castle Town: 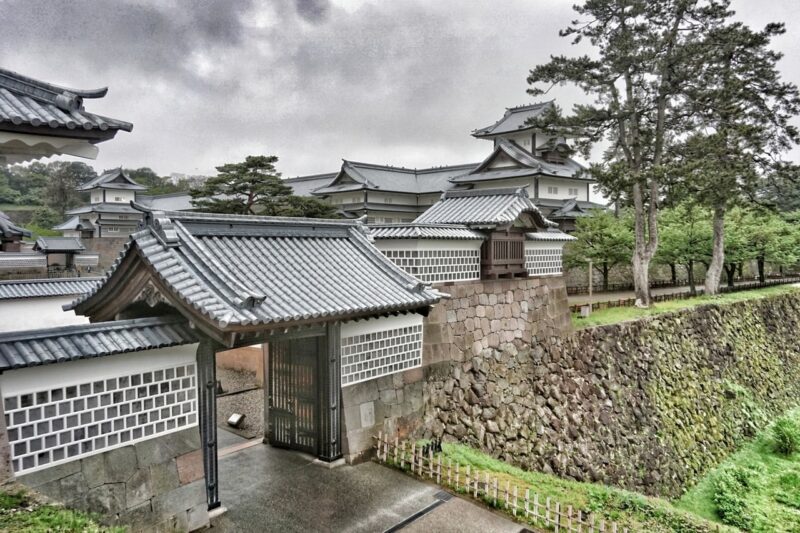 Kanazawa is the capital city of the coastal Ishikawa Prefecture on Honshu Island in the Chubu Region. This well-preserved castle town was a prominent Edo period city and home of the influential Maeda Clan. Like Kyoto, Kanazawa mostly avoided destruction brought by World War II. As a result, many of its historic buildings and shopping districts are well preserved to this day. Kanazawa is known almost as much for its Edo period residences as it is for Kenrokuen, one Japan’s top three landscaped gardens. While in the area, make sure the check out the Nagamachi samurai district.

Why You Should Visit Kanazawa Japanese Castle Town: 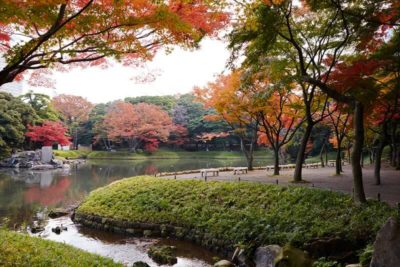