Just two hours away by Shinkansen (bullet train) from Tokyo lies Niigata-ken (Prefecture). Niigata is a serene region on the northwest coast of Japan’s main island, Honshu. This coastal prefecture is characterized by its unique coasts and snowy mountain tops and is a popular destination for outdoor enthusiasts thanks to its varying geography and seasonal activities. Niigata is a gateway to some of Japan’s most breathtaking views, such as the gigantic waves from the Sea of Japan crashing against the rugged coastal cliffs or the peaceful picturesque Echigo Mountains. It’s also a large producer of seafood, sake, and rice.

Visitors to Niigata’s coast always speak about what makes the Japan Sea so amazing – its endless series of waves exploding against the rugged cliffs of the coastline or the hauntingly beautiful sunsets that shimmer on its surface – but, one is not finished describing the wonders of the Japan Sea without mentioning its largest remote enclave, the floating island of Sado. Located only 50 kilometers off the coast of Niigata, Sado Island can be reached by a 2.5-hour ferry ride or a 1-hour hydrofoil boat ride.

Though Sado Island is considered to be one of the top 100 sea-bathing areas in Japan – thanks to its beaches, rocky shores, and refreshing clear waters – there is so much more waiting to be explored. In fact, it is also an amazing place to experience Japanese history and culture, such as riding on a traditional Tarai-bune (Tub boat) in the water, boats, visiting and panning for gold at the Sado Kinzan Gold Mine and participating in Oni-daiko (Demon drums) drumming workshops at the Sado Island Taiko Center.

Rice is a staple of the Japanese diet. It is also used to make various products, such as the Japanese rice wine, sake. Niigata, a large producer of traditional Japanese alcohol, is said to be home to the best rice in Japan. With the aid of the fertile soil of the Echigo Plains, the snow-melt from the mountains, the unique regional climate, and proximity to the Sea of Japan, Niigata grows some of the finest rice in the world. The production of rice is not only an incredibly tasty export for Niigata, but it is also what makes the prefecture so spectacularly beautiful. Deep within Niigata, the rugged mountainsides transition into a mesmerizing scene of endlessly cascading water-filled terraced rice fields (Tanada) along the fertile river. The most spectacular example of these rice terraces can be found at Hoshitoge in Tokamachi-shi (city). There, you can gaze out at the landscape and take in the sublime view of the world as the surrounding terrain and sky above are mirrored in pools of water from each puzzle piece shaped paddy.

The climate and marine ecosystem in Niigata provide it with a fantastic selection of seafood. Each area of the prefecture serves up its own seafood specialties, and the locals take great pride in the culture of their traditional seafood cuisine. This rings especially true for dishes in Niigata’s many beach towns.

The coastal town of Murakami is known as a “salmon town,” and many local shops proudly hang catches of salmon at their storefronts and from the ceilings within. Murakami’s most famous local specialty is Shiobiki-sake (wind-dried , fermented salmon). It is prepared by gutting the salmon, filling it with salt to sit for several days, then washing the salt away. The salmon is hung from the tail to dry and ferment in the open-air for a month. As the fish ages, they are seasoned with special ingredients.

Another place along Niigata’s coast known for great ocean delicacies is the town of Izumozaki. The appetizing aroma is especially strong in Izumozaki where locals cook delectable hama-yaki (Seafood grilled on skewers) from freshly caught seafood daily. Owners of local fish markets proudly make the popular dish kneeling by the intense fires. Walking down the charming old streets of Izumozaki, the fresh hama-yaki tempts foodies from just about every store window. It is an easy treat to savor while exploring the beautiful, calm beach town and all its rich history.

The picturesque waters of Sado Island are often filled with the sight of wooden washtub-like tarai-bune boats bobbing across the emerald sea. Originally these boats were used for fishing, but now they are loved by tourists as a fun way to enjoy the surrounding area. 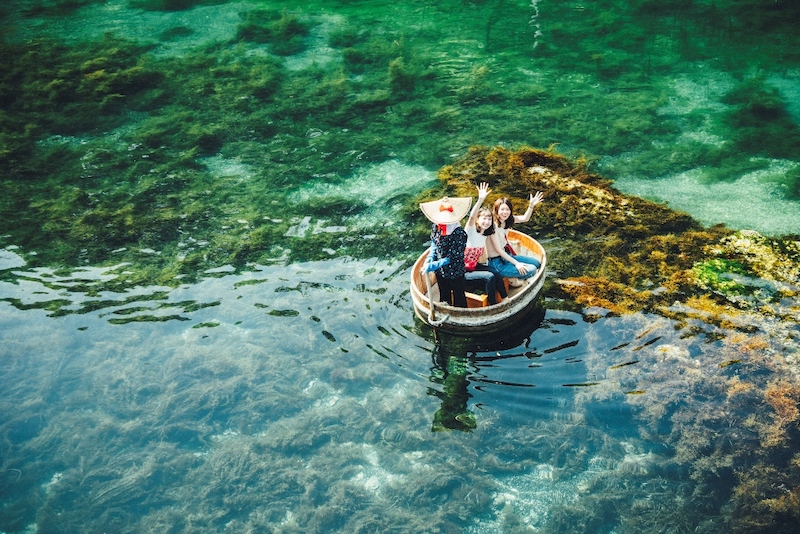 Along the Teradomari Beach in Nagaoka-shi (city) is the Teradomari Fish Market Street (also known as Sakana no Ameyoko). This bustling area is filled to the brim with sea food stalls, shops, and restaurants. Try a variety of delicious bite-sized seafood snacks from the stalls, or visit restaurants above the market that offer English menus. The white crab ramen is the most highly recommended meal in the area. 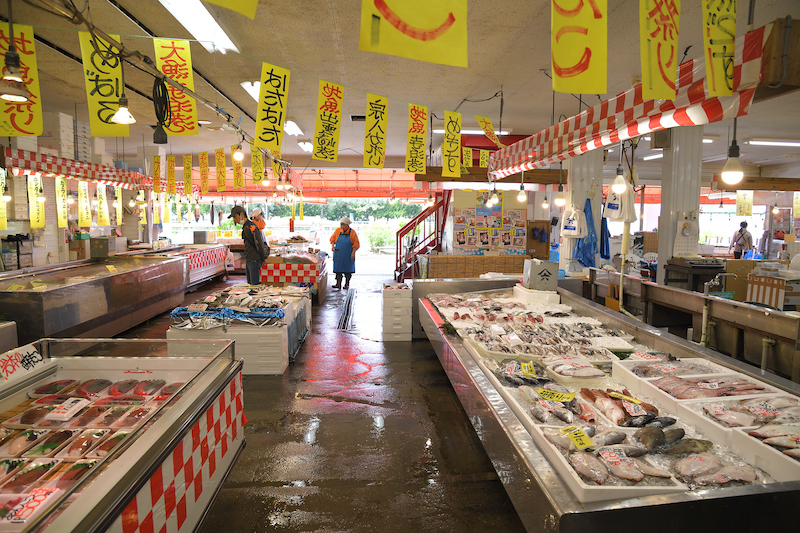 Learning all about sake at Asahi Shuzo Sake Brewery

The Asahi Shuzo Brewery in Nagaoka-shi, Niigata is one of the most notable sake breweries in Japan. Housed in a first-rate facility, Asahi Shuzo’s me ticulous brewing methods and deep appreciation for Niigata rice help it produce some of the most exquisite rice wine in the country. Try a variety of delicious bite-sized seafood snacks from the stalls, or visit restaurants above the market that offer English menus. The white crab ramen is the most highly recommended meal in the area. 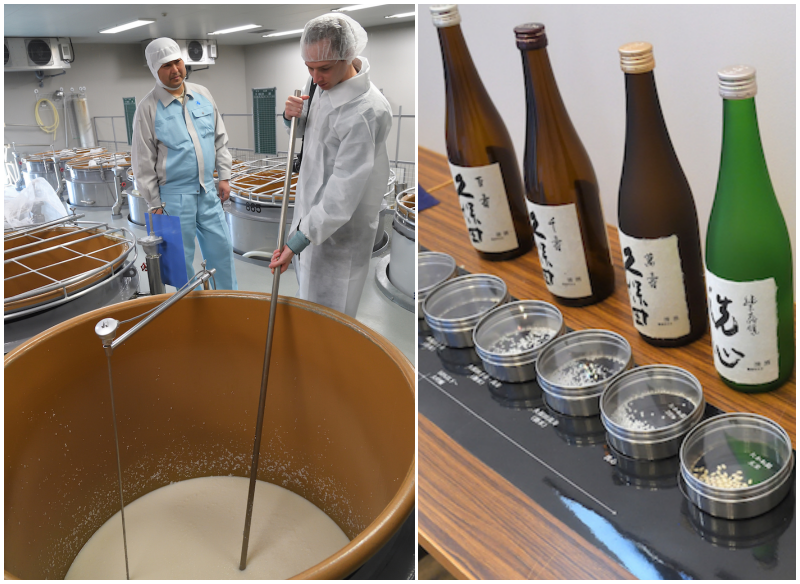 Niigata’s prized rice grain is also used in delightful traditional sweets like sasadango. This treat is made with rice mochi (dumpling of rice flour ), sweet bean paste fillings, and large bamboo leaves (the leaves act as a kind of wrapper during and after the steaming process). Try making your own sasa dangos while looking out over the port at Tanakaya Minato Studio. 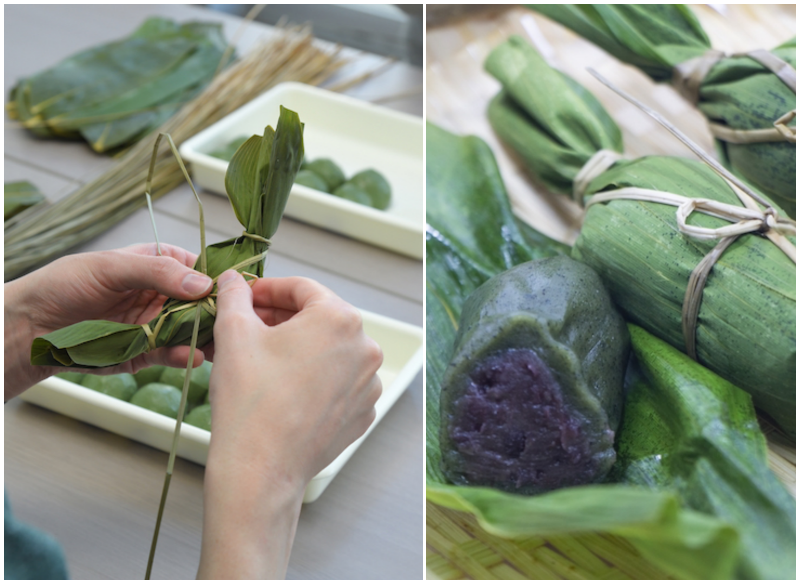 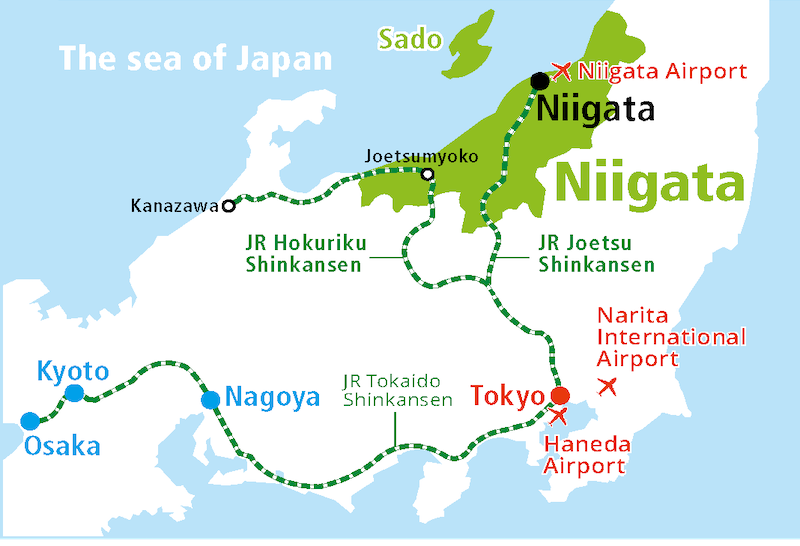 The easiest way to get to Niigata is to hop on a Joetsu Shinkansen from Tokyo Station. This route takes about 100 minutes and is covered by the JR East Pass. Recomendation ─ Once you purchase the flexible 5-day JR East Pass (Nagano, Niigata area), you have a 14-day period to use it. 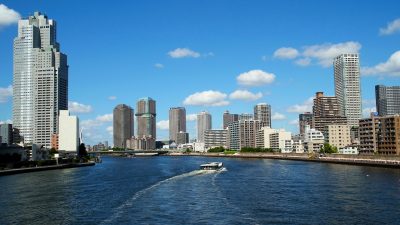 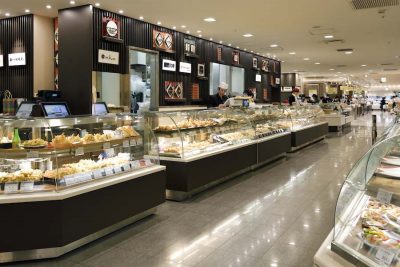