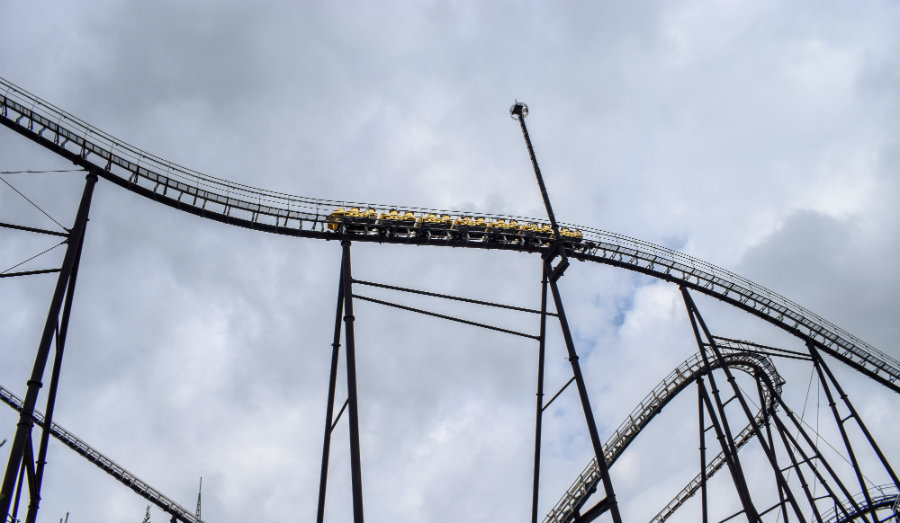 Founded in 1969, Fuji-Q Highland still remains one of the greatest destinations for adventure-seekers in Japan. The amusement park with an ambition to be the best entertainment spot in the world indeed serves as an attractive place equipped with various attractions suitable for both children and adult audiences. The park is located in Fujiyoshida, Yamanashi Prefecture, less than a 2 hours drive from Tokyo, and spreads over a huge territory divided into thematic parts, having the picturesque views of Mt. Fuji as its backdrop. The amusement park is extremely modernized and recently, the face authentication system was activated, giving visitors the possibility to register their photo online in advance and conveniently skip the queues. 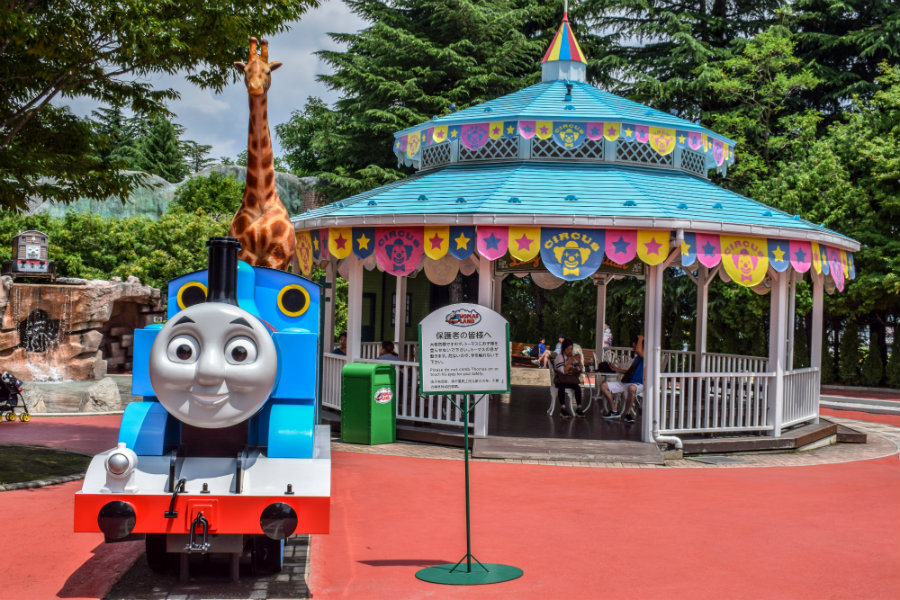 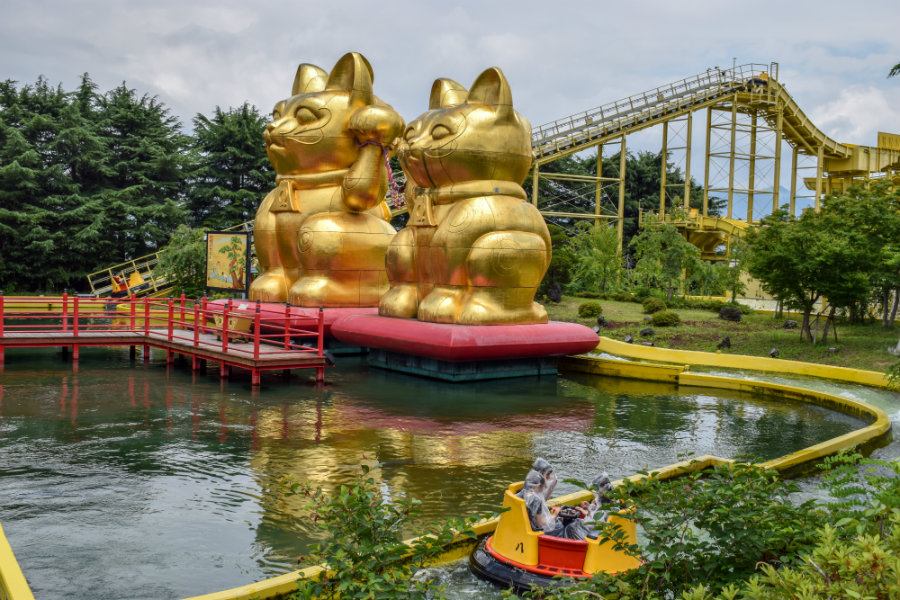 Among the Best in the World

The theme park is full of roller coasters, haunted houses and themed attractions for children such as Thomas Land (named after the British Thomas the Tank Engine), or young adult Japanese animation classics like Evangelion and Gundam. The park offers four great roller coasters: Fujiyama, Do-Dodonpa, Eejanaika, and Takabisha. 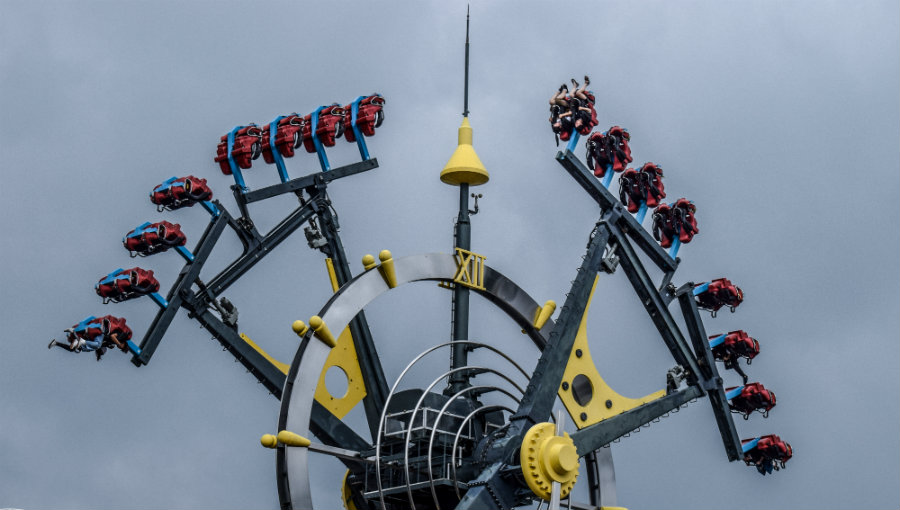 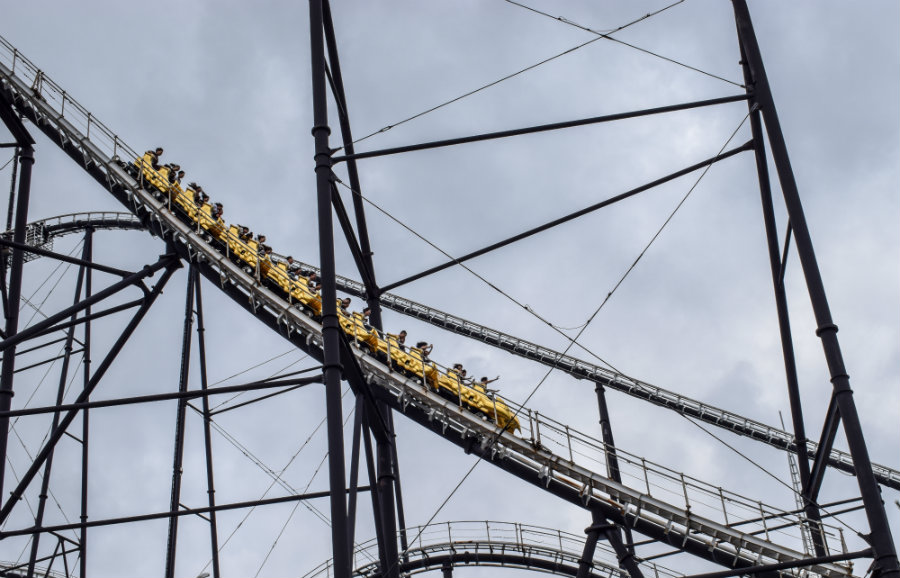 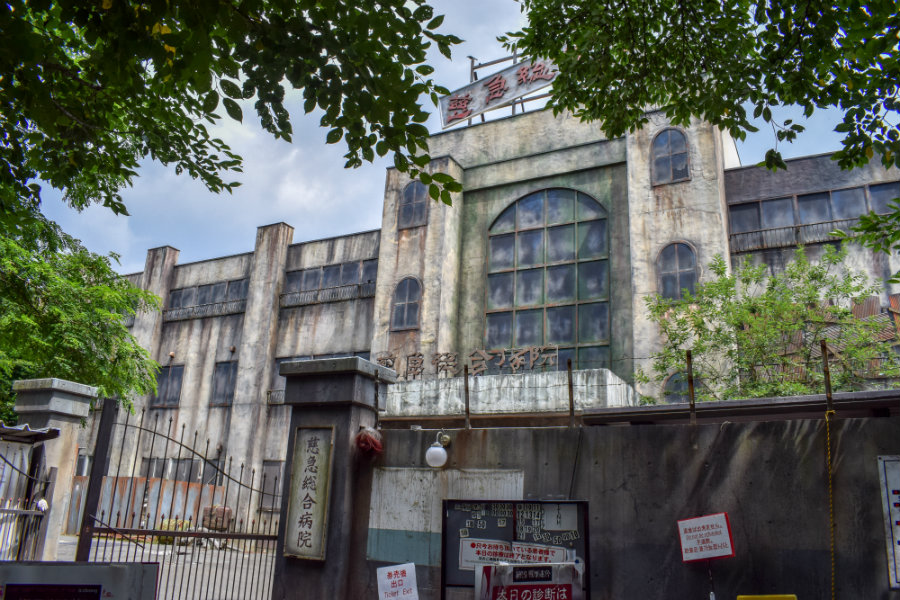 Fuji-Q highland also provides the opportunity to enjoy one of the largest swing rides in Japan, rotating screamer attractions, rafting attractions and so on. Furthermore, there is a super scary horror house, which turns out to be the world’s largest horror house, while the “Bloodthirsty Ward” is a horror attraction of 3D sounds. The newest addition to the horror house family is “Desperation fortress 3” that opened on July 27. If such horrors are not your cup of tea, you can also find more traditional kind of attractions in the park such as Wave Swinger; TeaCups; Sky Cycle; Carousels and Ice skating (seasonally). 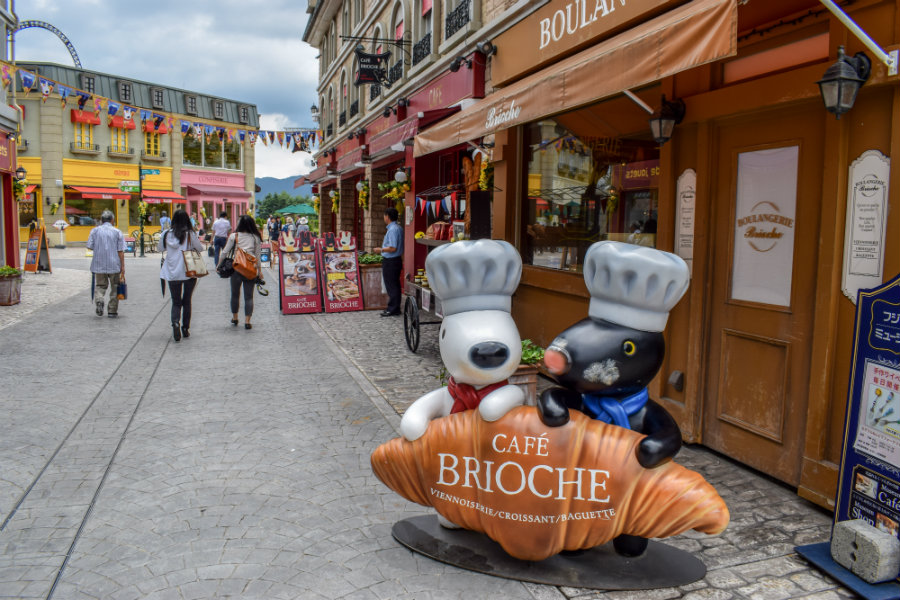 Besides a large range of attractions, the park is surrounded by the Fujiyama museum, various themed cafes, Starbucks, souvenir shops and restaurants. 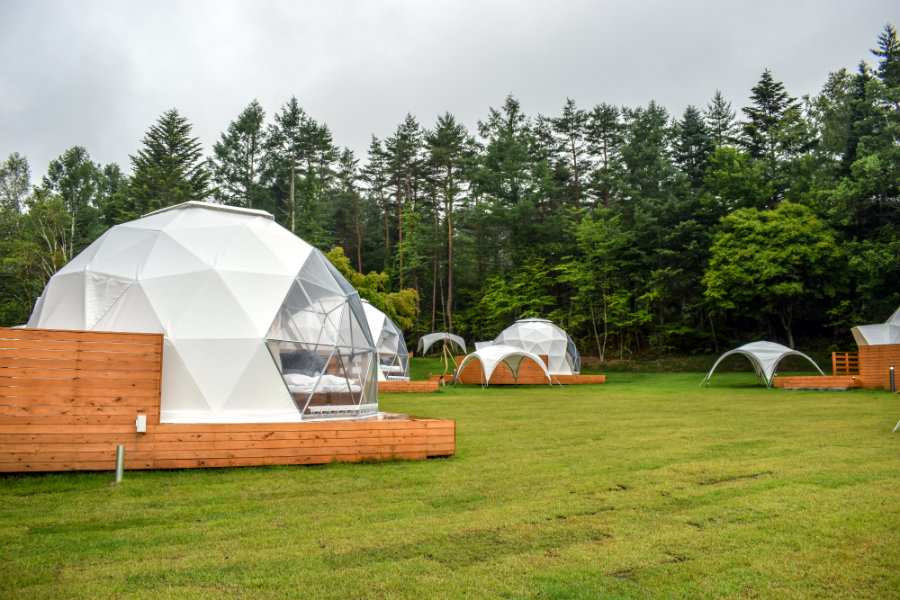 After the Fuji-Q Highland’s adventurous experience, one can spend a night in PICA Fujiyama camp resort that provides cottages, trailer houses and dome type tents in a calm surrounding far from the noise. The camp resort is only 15 minutes drive away from the Fuji-Q Highland and offers amazing opportunities for lovers of outdoor activities, namely: Canoe/Kayak tours, Rafting, Paragliding, and most importantly – visitors can enjoy being surrounded by the stunning nature including the majestic views of the symbol of Japan – Mount Fuji. 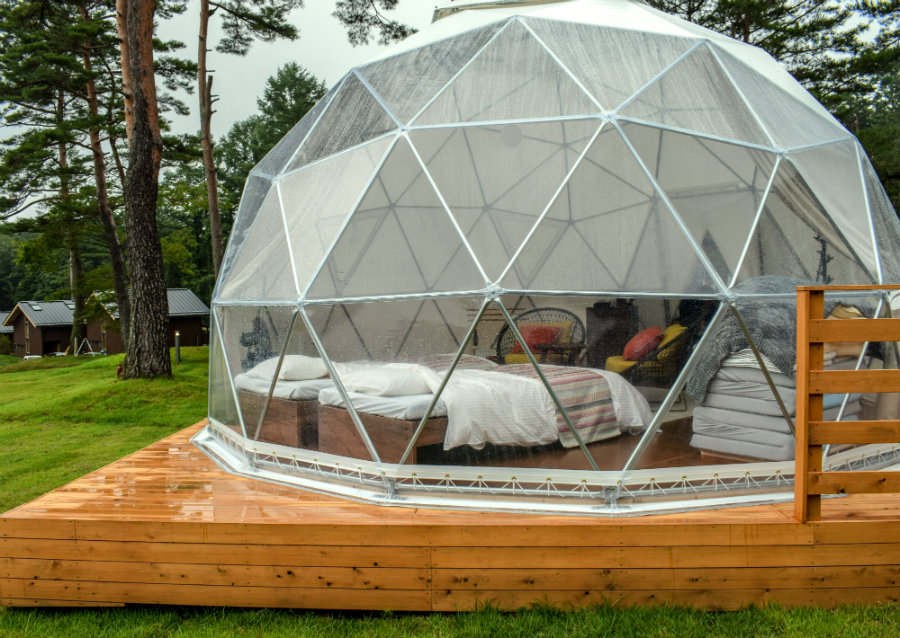 Fuji-Q Highland is a place to go for anyone seeking to escape the everyday routine, get a good dose of adrenaline and have genuine fun.

Read more impressions from Fuji-Q: Fuji-Q Highland Thrilling Rides with a View of Mt. Fuji and A Full Day of Adventure at the Yoshida Fire Festival & FujiQ Highland 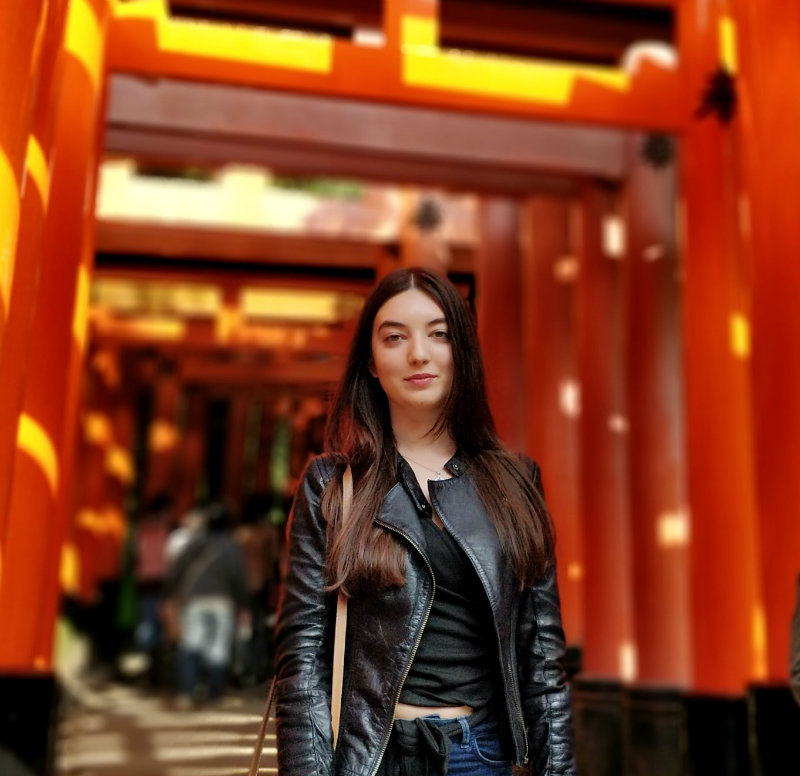 Mariam Bibilashvili is a Master’s student at the University of Tsukuba majoring in International Relations. Apart from her studies, Mariam is passionate about travelling, meeting interesting people and taking pictures. Good coffee, matcha sweets, delicious sushi and an unlimited time to wander around is all she needs for daydreaming.