Crab season officially rears its head in the autumn season, with the start of the snow crab fishing season beginning off the Sea of Japan as the fall breeze rolls in. The snow crab, or zuwaigani, is a much-loved winter delicacy by the Japanese people. Other popular types of crabs include the hairy crab and taraba crab. The season lasts till around March next year.

As with all fresh Japanese food in the autumn season, snow crab is best savored in its rawest simplicity. However, crab is extremely delicate. As a result, crab sashimi is an autumn season Japanese food that has to be handled very carefully in order to be served. For that reason, raw crab is not always available at restaurants.

It’s worth the effort of finding a crab chef who specializes in crab sashimi to experience the decadent savory taste of raw crab in the autumn season. Enjoy the taste of crab sashimi Japanese food with a touch of soy sauce or ponzu (a citrus-based sauce).

Japanese Crab Boiled in a Hotpot in the Autumn Season 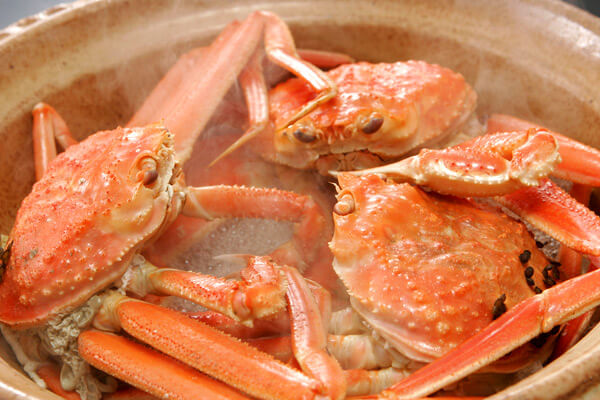 Another popular way to enjoy autumn season Japanese food is to boil crabs in a hotpot. The crabs can be boiled on their own or as part of a mixed hotpot. Adding Japanese crab to a bubbling hot pot will lend a sweetness to the resulting broth. Crab-infused broths are a delicacy during crab season in autumn and never goes to waste. For Japanese autumn dishes, broth flavored with crabs produces the perfect umami for a number of other mouthwatering meals throughout the autumn season. 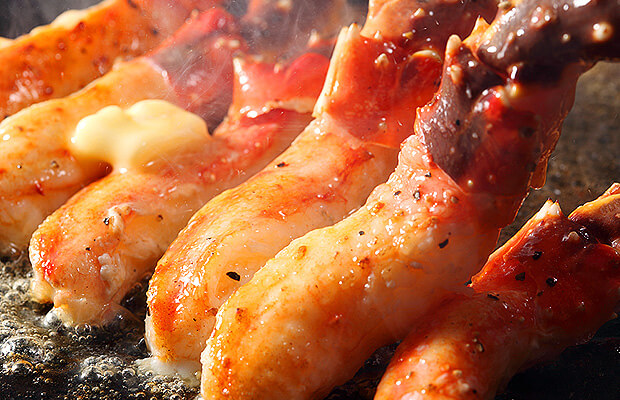 The aroma of grilled crab wafting in the air is irresistible for just about everybody. As Japanese crab meat is already bursting with flavor, no additional sauce or seasoning is necessary. The natural juices make the perfect sauce as it drips out while cooking, caramelizing with a satisfying crunch as you bite into the plump meat of this tasty crustacean! 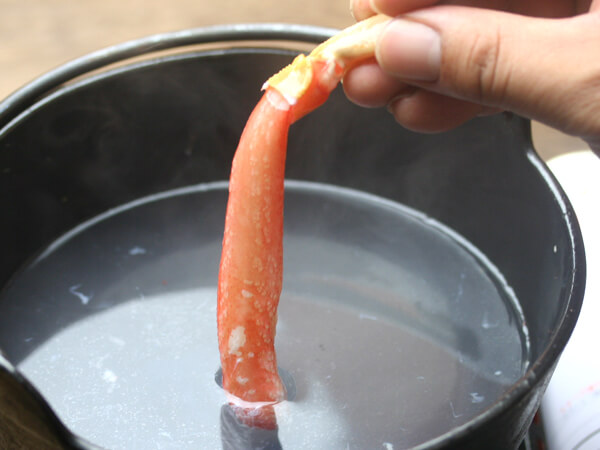 Another way to eat crab in Japan’s autumn season is to briefly swish the snow crab legs in hot soup in shabu-shabu style. This wonderful medium-rare cooking style provides the best of both worlds of crab sashimi and hard-boiled crab by meeting in the middle. A treat for the eyes and arguably the most fun way to enjoy your crab, it’s no wonder why this done-in-an-instant cooking method is one of the most popular ways to eat crabs in Japan. 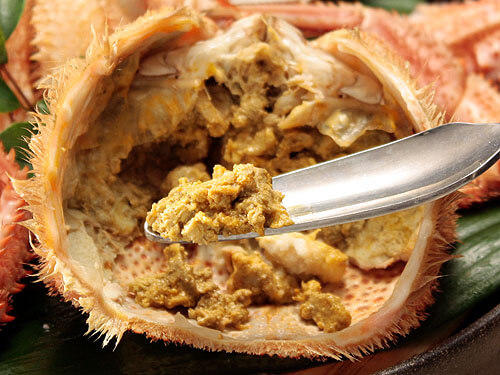 While the flesh of the crab is tasty, many a crab fan will tell you that the best part of the crab lies in its “miso”, or a greyish-green mix paste which is a mix of internal organs. It has a creamy texture and flavor perhaps best described as close to that of uni (sea urchin).

Japanese Crab with Miso Sake in the Autumn Season 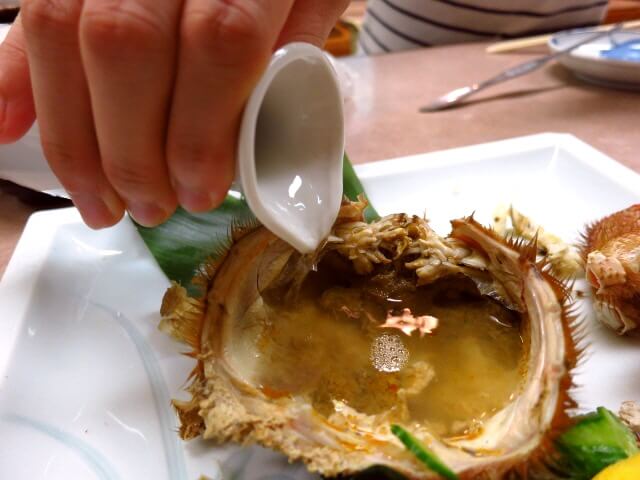 In case you didn’t notice, no parts of the grab go to waste in Japanese food! After sampling the crab in many different ways, it’s time to round off the crab feast, pouring hot sake into the crab shell. The result is a complex flavorsome brew that is a must try! If you want to extract even more of the essence of the crab and miso, it’s highly recommended to boil the sake in the shell crab. The resulting crab sake broth is a luscious and satisfying way to end your meal and celebrate the season as the colder weather approaches.