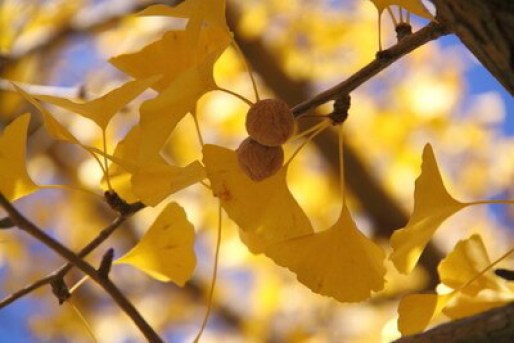 When autumn rolls in, the air of Tokyo fills with the alluring smells of chestnuts, roasted sweet potatoes, fragrant olive flowers, and… fresh vomit!?

The city tree of Tokyo, the ginkgo biloba, is known in Japan as ginnan and the maidenhair tree in English. While the view of a flowing yellow canopy of ginkgo leaves against a clear blue sky is breathtakingly beautiful, the stench of squished ginkgo wafting from the nuts can take your breath away in another sense! Though it’s hard to ignore the putrid smell, they’re much easier to endure knowing that the mechanism of the offensive aroma serves a greater purpose that might make you even appreciate the repugnance of this misunderstood fall maiden. 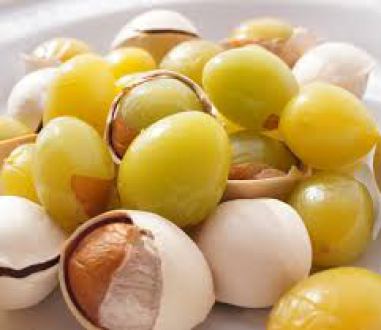 The ginkgo tree is a living fossil, having survived for roughly 200 million years, and the unflattering smell it emits in the autumn season actually has a poignant purpose. After successful wind pollination, the ginkgo trees begin to bear and drop butyric acid-laden fruit in excess. Much like the way many modern trees secrete foul-smelling scents to attract certain pollinating insects, scientists believe the strong smells of the ginkgo fruit was an irresistibly delicious smell for dinosaurs who would gobble down the fruit in great quantities. Then the ancient creatures would disperse ginkgo trees far and wide through dinosaur droppings! That said, ginkgo’s fruit isn’t just a tasty dinosaur treat! 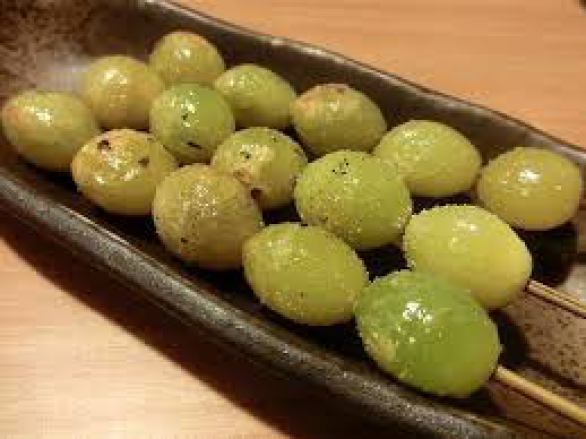 Gingko nuts are actually a traditional staple of Japanese food. Ginkgo nut hunters come out during the autumn season to gather these nuts off the ground and wash off the skin. Later, the bitter, sweet-tasting nut inside is used for frying or baking adding an autumn flavor to Japanese food. One of the most common meals to find ginkgo nuts is in chawanmushi (steamed egg), but the ginkgo nut is also often eaten on its own through the fall and winter season. 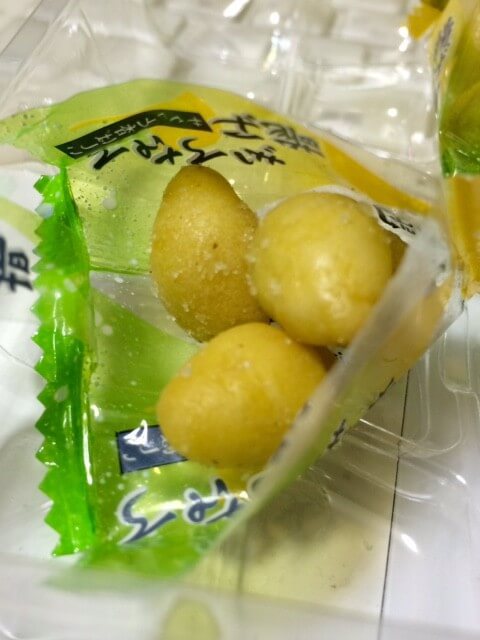 Grilled ginkgo nuts with salt are a popular item at izakayas as a healthy snack with beer and other Japanese food. The texture is slightly firmer than that of a boiled potato and has a slightly bitter aftertaste due to its butyric acidic properties, which makes at an excellent pair for a strong beverage. Ginkgo nuts are also a great neutralizer for alcoholic beverages with its nutty array of flavors. 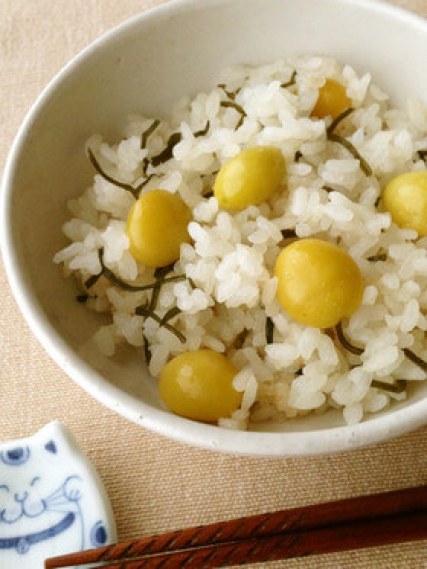 The ginkgo nut is also known for its health properties such as lowering cholesterol levels. Fried ginkgo nuts are sold off the shelves at supermarkets or convenience store as a snack for the health conscious. When cooked, the unpleasant smell greatly diminishes and emits an inviting nutty aroma. Also, it’s easy to forget these are so beneficial to your health when you can’t stop snacking on them! Another popular variety of ginkgo nuts are to be pickled and eaten as a refreshing appetizer or garnish to any meal.

Appreciating the Stinky Side of Life

And last but not least, another tasty way of eating ginkgo is to of course, to steam it with rice. The gentle flavors of the rice are a good balance for the acidity of the nut and will further bring out the inner flavors.
Become acquainted with this widely underappreciated seasonal treat this fall and winter season and you might just fall in love with the abundant new, but prehistoric taste, if you only give it a chance!