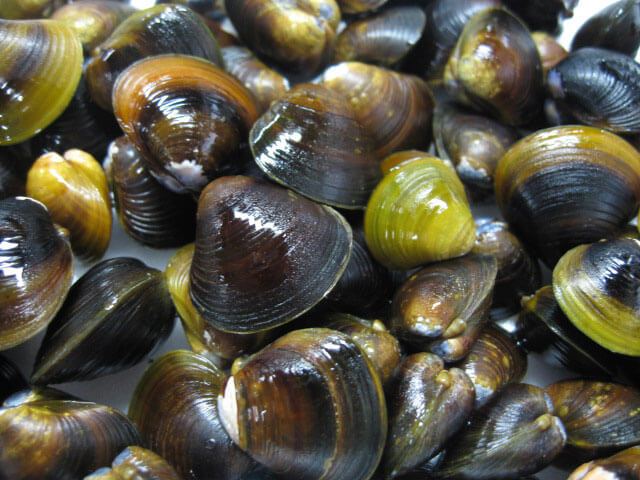 For many Japanese, summer brings to mind the eating of unagi, or eel, on designated days called Doyo no Ushi no Hi, in the hopes of beating summer fatigue with nutrition from the unagi. But there are some people who shun the (expensive) eel for the humble shijimi (freshwater clam), calling these appointed days the Doyo no Shijimi instead. 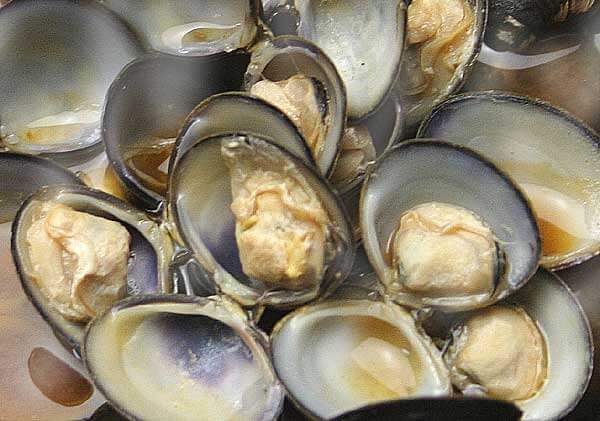 In fact, eating these tiny clams in the summer makes more sense as, unlike the eel which is at its fattiest in the winter, the shijimi is at its plumpest from around July till August during its spawning season.  The shijimi is known to be rich in ornithine, which helps to purge toxins from the liver – hence salarymen can be seen slurping shijimi soup when they have a hangover from the previous night’s drinking session.

The shijimi also comes into season in the winter, when the cold waters makes its flesh firmer and sweeter. Unlike other clams that are found in the ocean, the shijimi can only survive in estuaries that are a mix of sea water and freshwater. 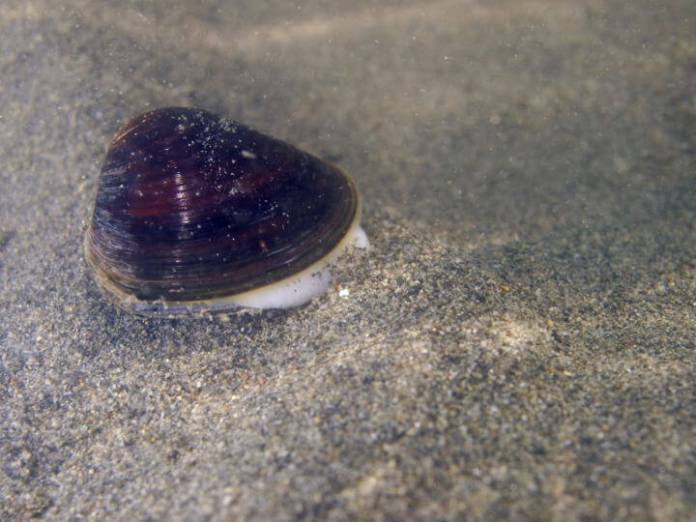 Shimane Prefecture’s Shinjiko Lake produces the most shijimi in Japan. This lake contains a slight amount of sodium in its water, making it a suitable habitat for the shijimi. These crustaceans are added to the local ramen as a topping and its flavors extracted for the soup stock, making this ramen the perfect way to round off a night of drinking. 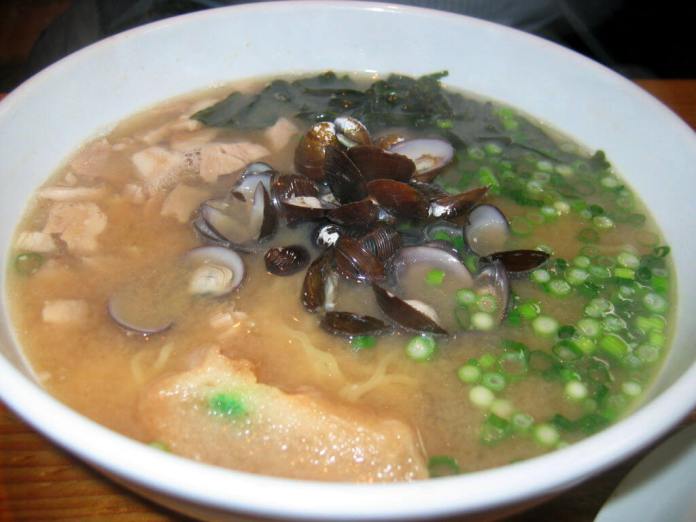 It is also often boiled together with rice or thrown into pastas.

And for those who are a bit more adventurous, there is even shijimi curry, a local dish from Shimane! 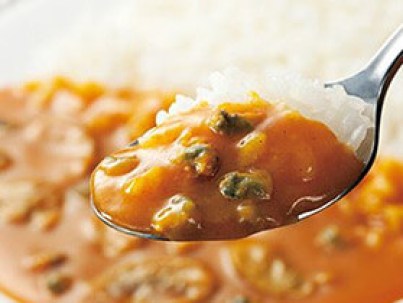 Shun (旬) translates directly into “season,” but strictly speaking in Japan refers to the ten days in which a food (be it a fruit, vegetable, fish or dish) is deemed to be at its tastiest and best period in which it is to be eaten. 季節（kisetsu), which also translates into “season,” refers to six periods within each season (spring, summer, autumn, winter), according to the solar calendar in which a change in the season is deemed to occur – an indication of the Japanese sensitivity to changes in the weather and climate, and its impact on crops and catches of the day. 「A Taste of Sh旬n」 aims to bring you the freshest and best harvests, catches and dishes of the day.