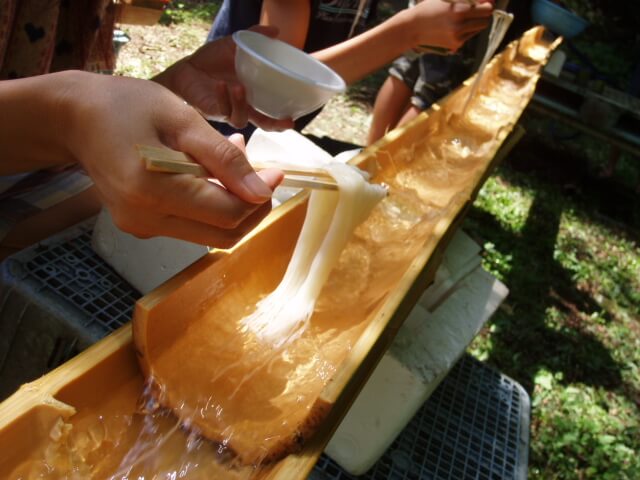 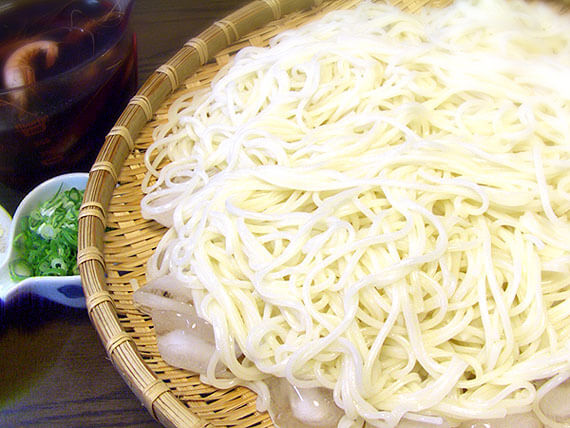 Where I come from (sunny Singapore), it’s summer all year round, and so even if it’s hot and humid in the hawker center, we don’t think twice about ordering a steaming hot bowl of spicy noodles in soup – and likewise it doesn’t come to mind to order something cold to eat. After all, sweating it out over a bowl of spicy, hot noodles all is part of the “shiok” factor (“shiok” best explained as “very superlatively satisfying”).

So I was initially a bit cool to the idea of eating cold noodles laid over ice and dipped in cold broth – with nothing but condiments such as grated ginger and spring onions to go with it. But there’s something about the Japanese summer heat that makes you crave for something cool to eat, and not just for dessert. So, enter the somen. 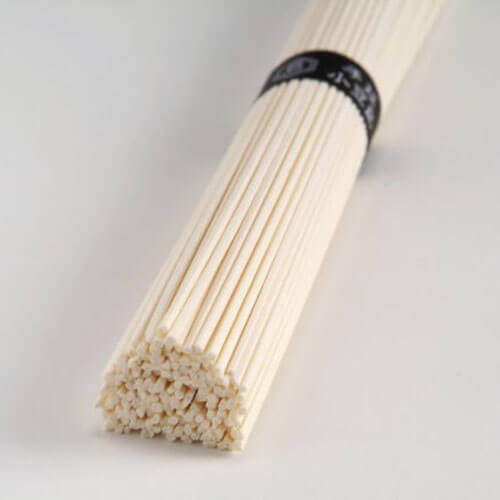 This very thin noodle – hand-pulled to less than 1.3mm in diameter – made from wheat flour are a summer staple as many Japanese find it hard to swallow anything else in the sweltering heat. It’s also relatively easy to prepare as it doesn’t take long to boil these hand-stretched noodles, which glide down your throat easily. The flavoring is simple – the noodles are dipped in a light sauce made from bonito flakes. But the taste can be varied by adjusting the condiments, adding sesame seeds, or even mayonnaise!

Somen sliders are also a favorite for outdoor summer parties – this is where a bamboo slide is set up, ice cold water is flowed through and the noodles are slid down. It’s then a test of hand-eye-and-hungry stomach coordination as diners scoop up the somen before it glides to the next hungry person with a chopstick. And course, machines have also been made to simulate this swimming somen sensation at home! 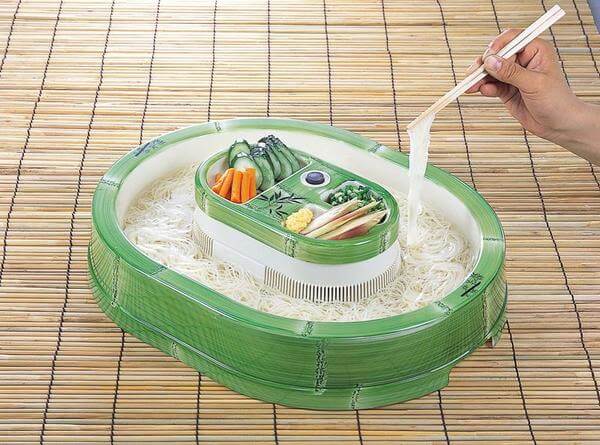 Shun (旬) translates directly into “season”, but strictly speaking in Japan refers to the ten days in which a food (be it a fruit, vegetable, fish or dish) is deemed to be at its tastiest and best period in which it is to be eaten. 季節（kisetsu), which also translates into “season”, refers to six periods within each season (spring, summer, autumn, winter), according to the solar calendar in which a change in the season is deemed to occur – an indication of the Japanese sensitivity to changes in the weather and climate, and its impact on crops and catches of the day.