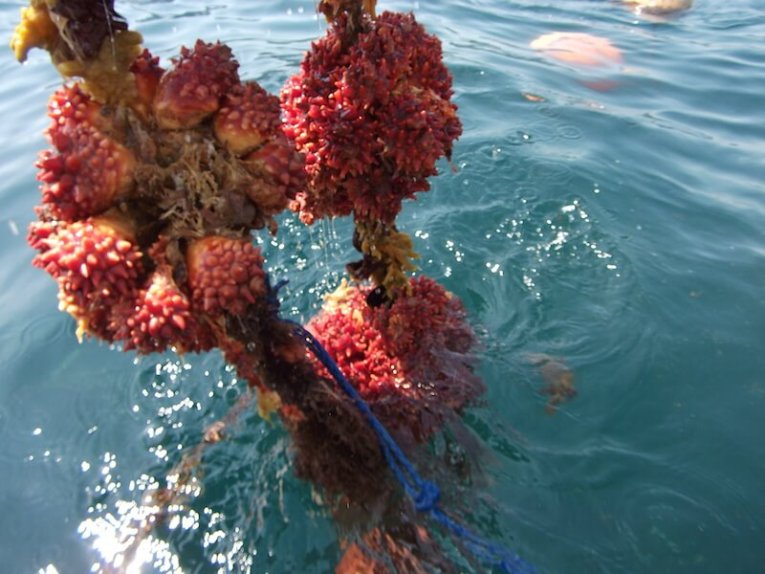 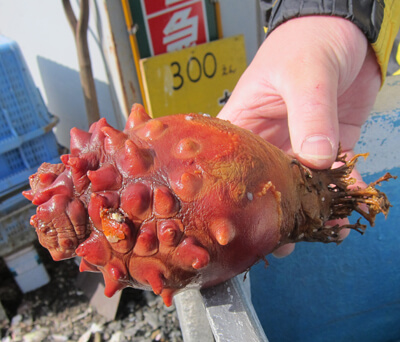 This may look like a beating heart ripped out of some deep sea monster’s chest, but it is actually a complete sea creature in itself – known as a sea squirt, or hoya (ホヤ）in Japanese.

In fact, it is a delicacy found mainly in the Sanriku region of Japan (comprising of Aomori, Iwate and Miyagi Prefectures) facing the Pacific Ocean, and it is currently in season. But – should I say – don’t worry, it isn’t commonly seen in areas outside of the Sanriku region. And after the Tohoku earthquake in 2011, production dropped drastically and has only reached levels where there is enough to export as of this season.

Also called the sea pineapple for its appearance, the taste is anything but fruity and said to be sweet, salty, sour and sharp at the same time – or simply said, tasting of the sea itself. 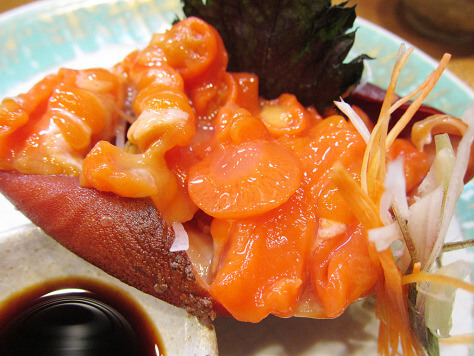 Another seasonal delicacy, perhaps more easy to stomach for most, is the ishigaki clam or 石陰貝 (literally, stone shadow cockles) from Miyagi Prefecture. Extremely hard to find in the seabed (and at sushi restaurants outside of Miyagi) production has also just started to recover from the Tohoku earthquake and tsunami.

Unlike the strong tasting hoya, this cockle has a delicate sweet taste and a soft, plump texture. This is must-try for any shellfish lover and reason enough to head to Miyagi for (or befriend a fisherman there).

Treasures from the sea like these brought by time and tide are the simple, yet rare, pleasures of life that not many outside of the region are privy to – but just perhaps, the locals prefer to keep it that way.