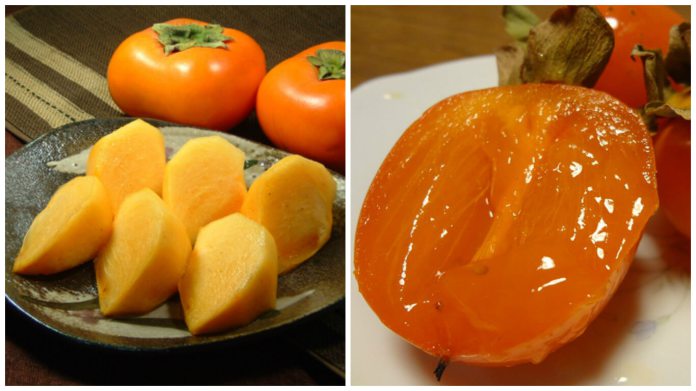 Japan’s autumn season brings many gifts. Not only does the landscape transform as rolling hills are painted with warm fall colors, but nature provides Japan with delicious seasonal ingredients. In fact, the season is known for exciting the appetites of people around the country. One fruit in the autumn season that enhances Japanese food in fall is the persimmon. 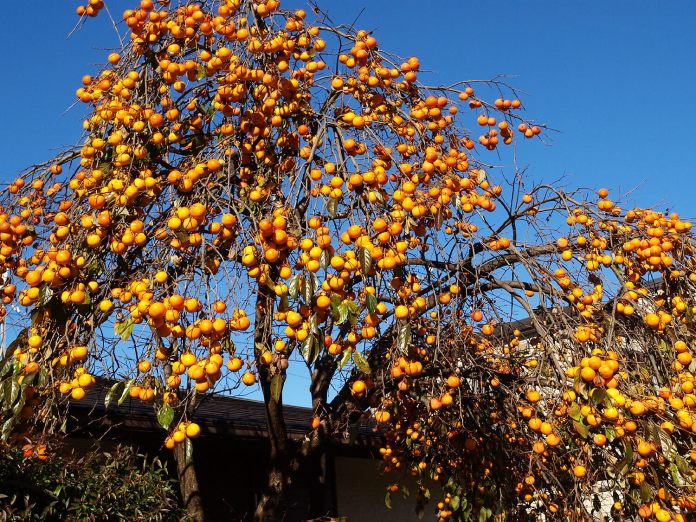 Persimmons, or kaki (柿), and pumpkins are the signature orange foods of autumn. From September till around December, persimmon trees can be seen ablaze with the vibrant fruit.

The flesh tastes mildly sweet, and depending on how ripe it is, ranges from a crunch to jelly-like texture. In addition, persimmons have a good amount of Vitamin A and C, so they are considered to be a healthy snack in the autumn season. In fact, persimmons often appear as decorations around New Year’s because they are associated with longevity and good luck. Though Japanese persimmons are native to China, they eventually spread to Korea and Japan over 1,000 years ago. 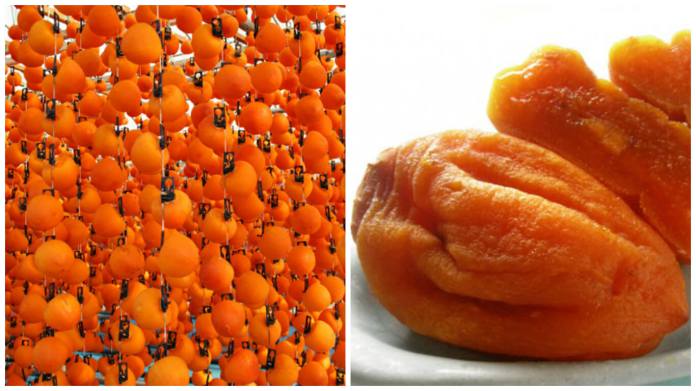 In the rural areas, it is common to see strings of persimmon being hung up to dry. This heightens the sweetness of the persimmon, and gives it a more chewy texture. 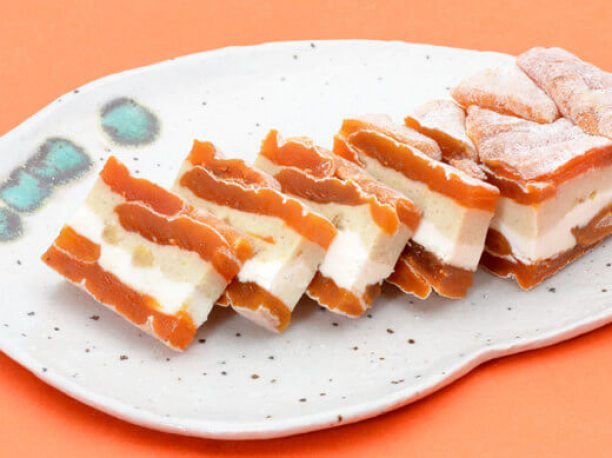 Autumn has no shortage of delicious seasonal desserts. So, of course, Japan uses persimmons in the autumn season to create mouthwatering sweets. Recently, dried persimmon has especially been used to make Japanese sweets and desserts. Most popularly, the persimmons are paired with cream cheese which compliments its taste — much like how cheese goes with other dried fruits such as apricot.

Wagashi, or Japanese traditional sweets, make use of persimmons too. Dried persimmons are said to be sweeter than sugar, making it an ideal seasonal ingredient. 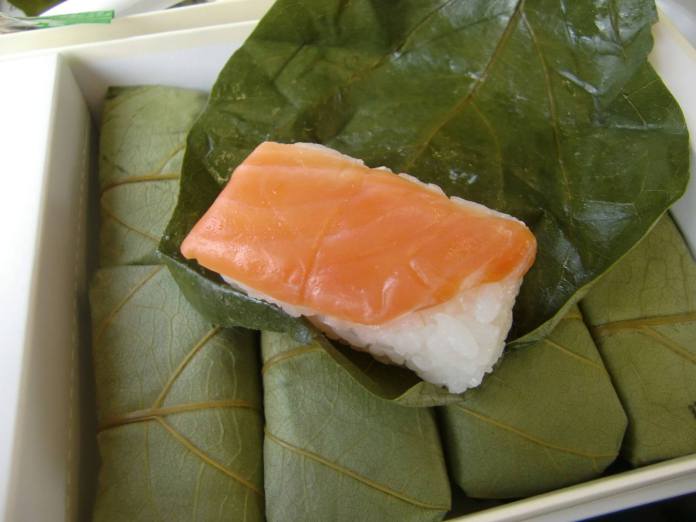 You can find delicious persimmons all around Japan, especially out in the countryside. However, the western side of Japan seems to be famous for produces these juicy autumn treats. Among others, the prefectures Nara, Fukuoka, and Wakayama stand out as excellent producers of persimmons.

With the cooler weather and crisp autumn air, spending time in nature becomes more and more popular. It’s best to take advantage of the comfortable temperature by participating in some autumn activities in Japan. Many farms and orchards around Japan welcome visitors to come and pick their own persimmons. Asakura, in Fukuoka, is one of the leading producers in Japan, and plenty of farms provide this fun, family-friendly autumn activity. The best time to pick persimmons in Japan’s autumn season is from September to the end of December.