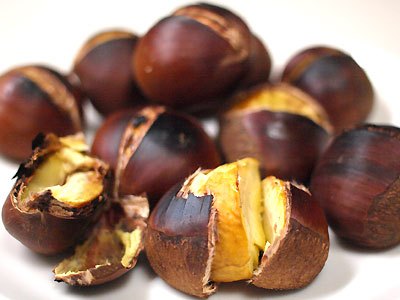 Japan’s autumn season carries a delicious aroma in the cool, crisp air. Because of all the seasonal ingredients that appear in autumn in Japan, people inevitably develop and insatiable appetite for delicious Japanese food. One item that unmistakably marks the arrival of the autumn season is the sweet chestnut that makes its way into a variety to dishes and desserts every fall. 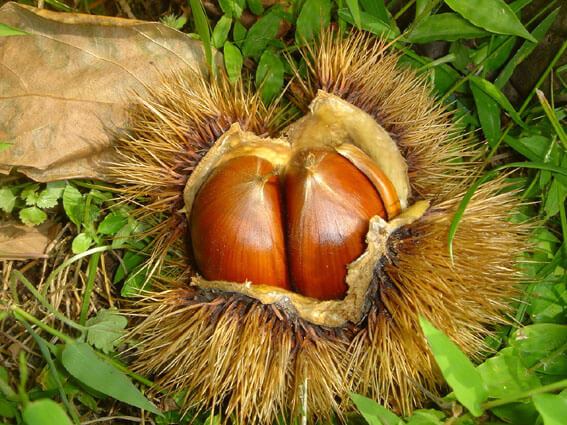 The slightly acrid aroma of roasting chestnuts in the air is one of the fixtures of autumn in Japan. This time of year, chestnuts fall to the ground and split when ripe. Then seeds inside are picked from their spiky shell. The best season for chestnuts in Japan is from September to the middle of October. As a result, you can enjoy many kinds of chestnuts in the autumn season in Japan.

Autumn, beloved for the delicious Japanese food, excites the appetites of Japanese people each year. Among the many mouthwatering ingredients provided by Japanese nature in the autumn season are chestnuts. 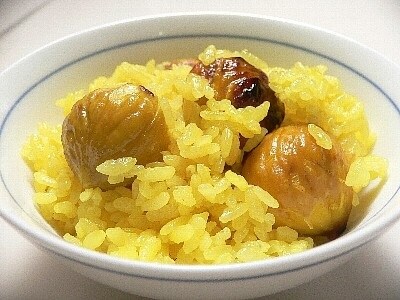 One of the most common way to enjoy these mildly sweet nuts is by roasting them over charcoal, and you can often see street stalls selling these by the roadside. Another favorite way to enjoy these autumn season nuts is to boil them with rice. This delicious Japanese food is called kurimeshi (chestnut rice). 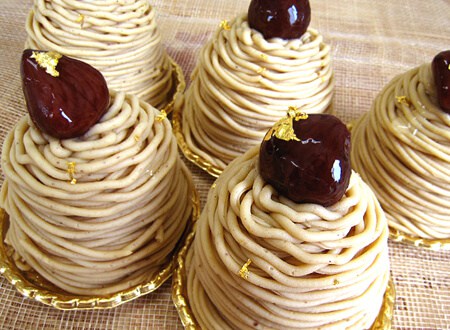 The taste and texture of chestnuts also makes them perfect for use in desserts. In restaurants, shops, and convenience stores across the country, you will see Japanese deserts taking advantage of the gifts of the autumn season to create sweet chestnut-flavored desserts. For example, you will see chestnut mont blancs, a sponge cake dressed in chestnut cream and topped with a candied chestnut or marron glace, being offered in most patisseries in Japan. 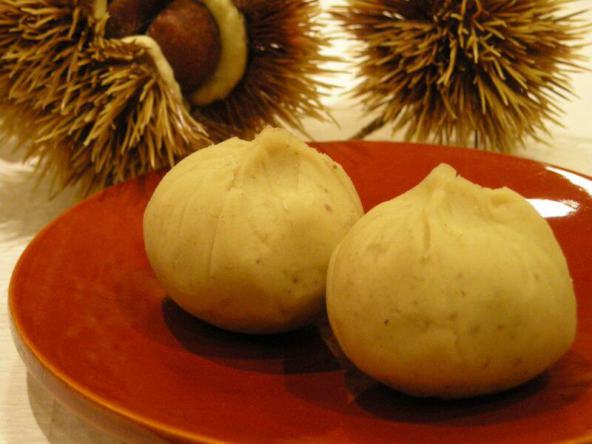 In Japanese confectionery (wagashi) shops, you will see the kurikinton — a chestnut-shaped wagashi made of chestnut paste and sugar. And of course, there are seasonal limited editions of classic souvenir snacks, such as Iwate Prefecture’s Kamome no Tamago (Seagull’s Eggs) with chestnut paste inside! 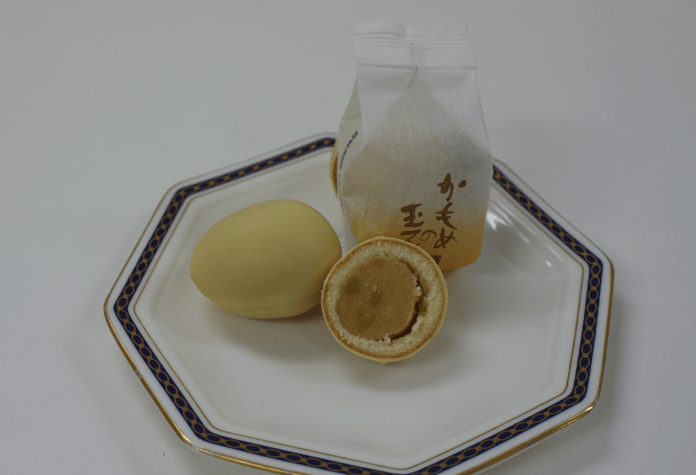 Chestnuts from the Tanba region in the north of Kyoto are particularly famed for being big and perfectly shaped. These regional autumn season treats are also well-known for their sweetness. The sweet chestnuts around this area used to be presented as offerings to the Emperor and Shogun over 1,000 years ago.

Like all of Japan’s lovely seasons, fall is full of fun activities that can be enjoyed during this time of year. Among the autumn activities, like tsukimi and maple leaf hunting, gathering chestnuts at a local farm creates great memories with friends and family in the fresh, cool autumn air. Each year, groups venture out into the countryside to find some delicious chestnuts to roast.

Freshly picked chestnuts can last for about 3 to 4 months when kept in a plastic bag and refrigerated. As the chestnuts cool, their starch turns to sweet sugar, making them even more tasty. So, it is recommended to store these autumn season treats for about month.