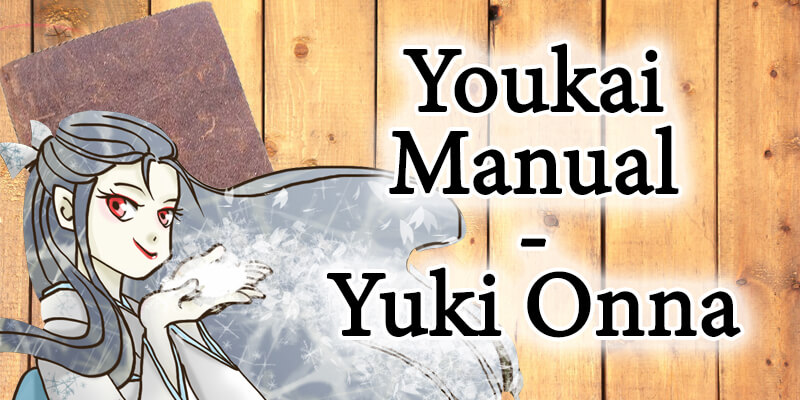 Youkai are creatures from Japanese folklore and myths. They have existed for hundreds of years and continue to live on in popular culture. Friendly and evil, youkai come in many forms.

To cool down from the summer heat there is no story better than that of Yuki Onna (雪女). There are many variations and stories of this snow woman but she’s almost always a peaceful creature. She usually wears a snow white kimono and can be found in snowy areas. Yuki Onna are always beautiful, attracting many men with their supernatural looks. Her hair is the blackest of black and their skin the whitest of white. When she walks in the snow she leaves no footprints.

Here are some of the most popular Yuki Onna stories;

A monk first wrote about the Yuki Onna during the Muromachi period (1333 – 1573). He wrote of his travels in what now is Niigata prefecture and his encounter with the snow woman. He left his house on a snowy morning and saw a beautiful woman with a supernatural air. She was very tall with white skin and her long black hair fell from her shoulders. Before the monk could say a word to her she vanished. Later he was told this was the region’s “Snow Spirit”. 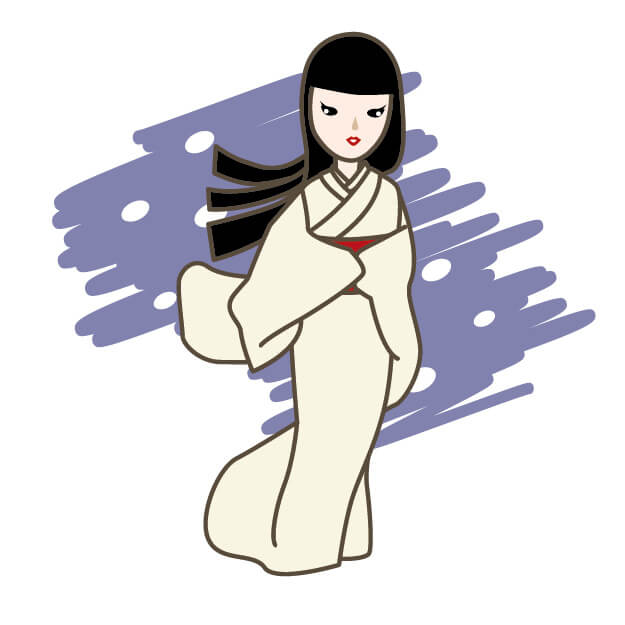 During a blizzard, a young woodcutter met Yuki Onna in the woods. He thought she would take his life, but instead, Yuki Onnna spared his life because he was young and beautiful. She made him promise never to speak of her and told him If he breaks his promise, she will kill him. Some years later, he met a girl named Oyuki (snow), they were happily married and had many children. However, Oyuki never seemed to age. One night, the husband spoke to Oyuki and told her that she reminded him of a young girl he met in a blizzard many years ago. Just then, Oyuki revealed that she was the Yuki Onna he met in the woods. Enraged that he broke his promise, Oyuki tried to kill her husband but gave up because she loves him and he is the father of their children. She melted and disappeared before the man’s eyes.

There is another story about a man married to a Yuki Onna. On a cold night the husband proposes his wife to enjoy a hot bath to warm up. His wife refuses many times but eventually she becomes unable to refuse. The man lets his wife enjoy her bath and does some work around the house. Hours later his wife still hasn’t left the bath and he goes to check on her only to find the bathtub filled with icicle shards that are slowly melting. 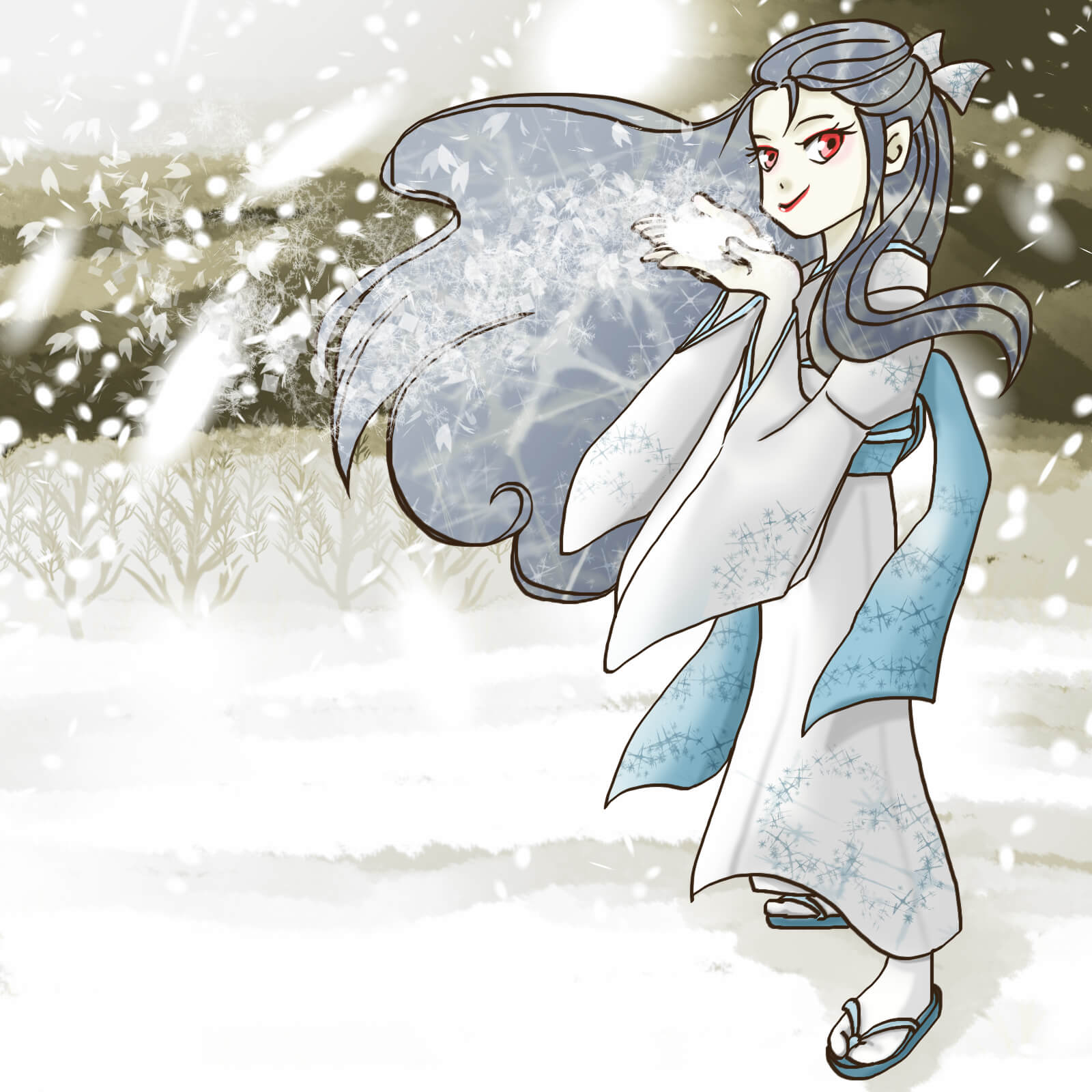 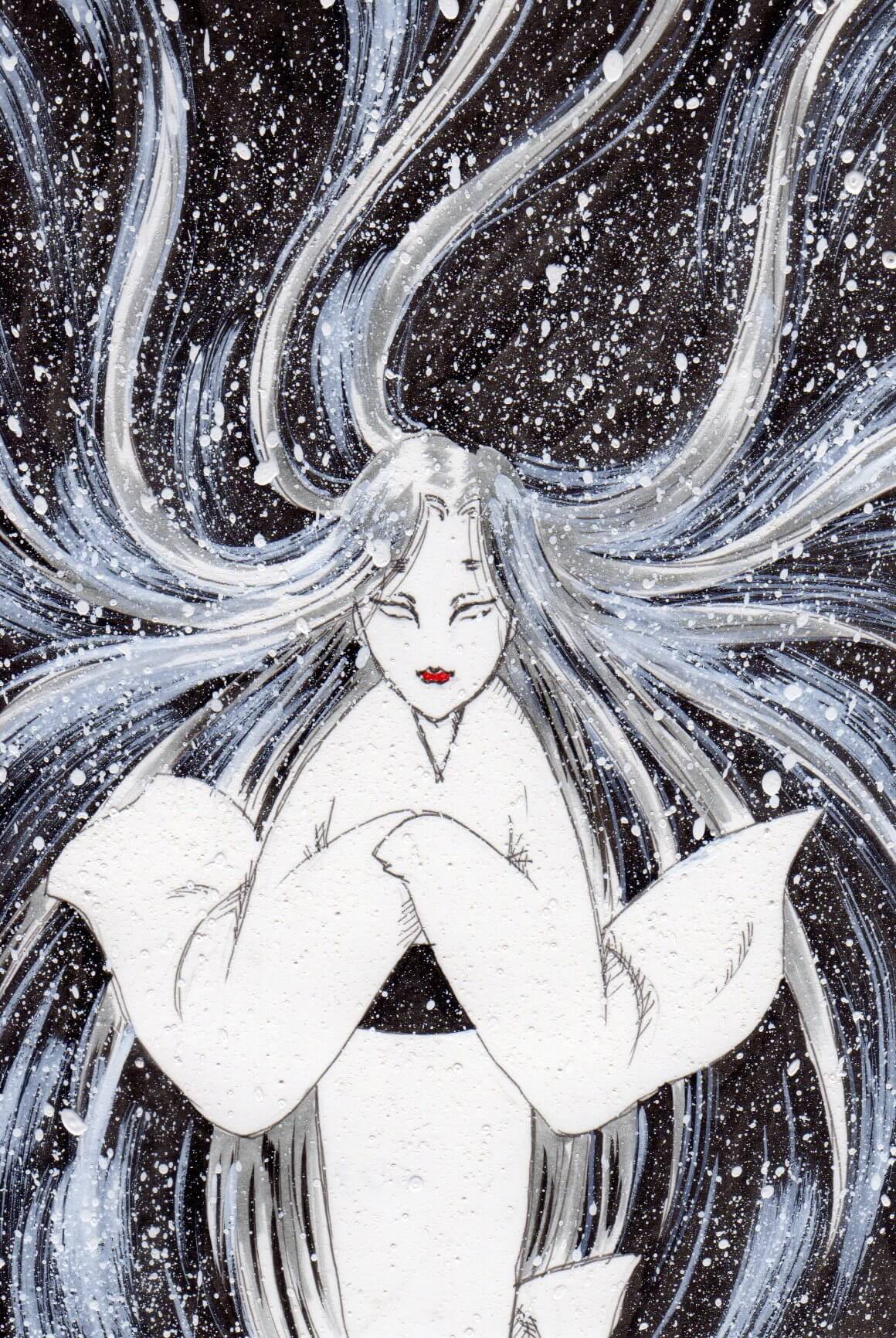 Not all Yuki Onna are friendly, proven by many stories from different Japanese prefectures. Parents warn their children not to go outside during heavy snow or they will be eaten by the snow woman. First she freezes her victims and then sucks out their souls.

In some legends she actively hunts and terrorizes humans, blowing down their homes with icy winds and blizzards. In other stories she tricks humans to come close to her and strikes.

There are Yuki Onna who simply meet up with travelers and love to hear their stories. In Niigata prefecture there is the story about an inn where a young and beautiful woman with black hair and a white kimono stopped for a rest. The innkeeper refused to let her go back outside in the cold weather and offered to give her a bed for the night. As he tried to pull her back in her touch immediately froze the man’s body and she fled through the chimney.

Yuki Onna and their powers are frequently used in manga, anime and movies. Just like the legends they are young and beautiful women but their attire is often changed to a more modern version. If you ever read about a supernatural woman with ice powers, you now know her origin.