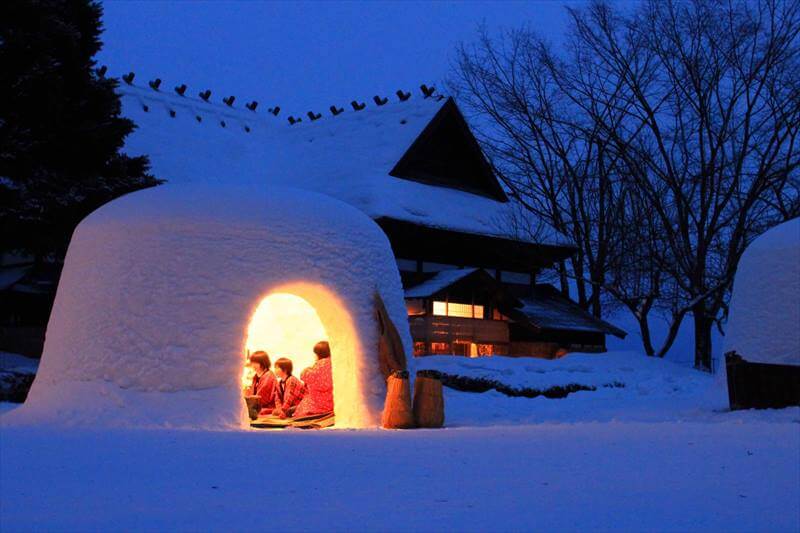 Playing in snow huts is a popular pastime in winter for children living in the heavy snowfall areas. They make snow huts called “Kamakura ” in which they play games and eat traditional delicacies.

Yokote City in Akita prefecture is known for the Kamakura, and the locals have been celebrating Yokote Kamakura Festival for more than 400 years. The festival is held every February where about 100 snow huts and a number of snow creations are built on Kamakura-dori Street, in front of Yokote City Hall branch office and at Yokote-jo Castle. A wide range of events are held during the festival including Kamakura making and mini-kamakura illuminations. 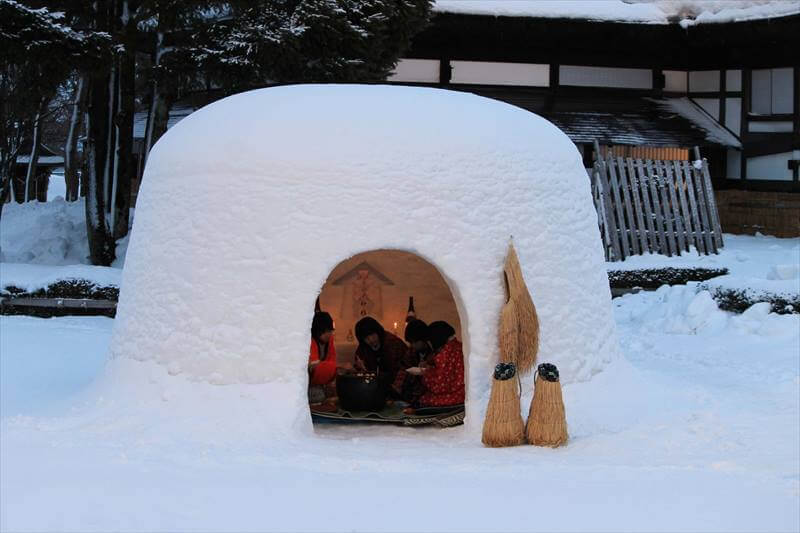