Who doesn’t love Japanese food? The country is known for its fresh seafood, tender meat, and many Michelin star restaurants! Food is such an important part of Japan, that it plays a role in Japanese culture. In fact, before digging in, and after finishing up a great bowl or ramen, there are special words that Japanese people use. Here is how you can show your appreciation for Japanese food in the language of Japan!

Words of Thanks for Food in Japanese

Most Japanese people say “itadakimasu” before eating a meal and “gochisousama” at the end. It seems there is no equivalent for such phrases in English, but these phrases come naturally for any Japanese when partaking in food is an expression of thanks towards nature for its bounty. Though old-fashioned, these phrases embody an important aspect of the Japanese mindset and food culture. But what is the origin of the traditional chants of giving thanks for food in Japanese? Here is an old Japanese poem to help explain where the famous Japanese phrases for “thank you for the food” came from:

In the top image of this article, you can see the Japanese phrase for expressing thanks for a meal written in an old-style hiragana called hentaigana. This form of writing can only be deciphered by experts of Japanese classical literature nowadays. However, this text, which evolved from kanji into its current typology, has a beautiful form. Each word connects to the next, and this makes it necessary to control the flow of ink from the brush, and control of one’s breath to be slow and even. As a result, it takes a lot of thought and control, which adds some sincerity to the phrase when showing your gratitude for food in Japan. These are words of thanks, suitable to decorate the dining table.

What Does Itadakimasu Mean in Japanese? いただきます 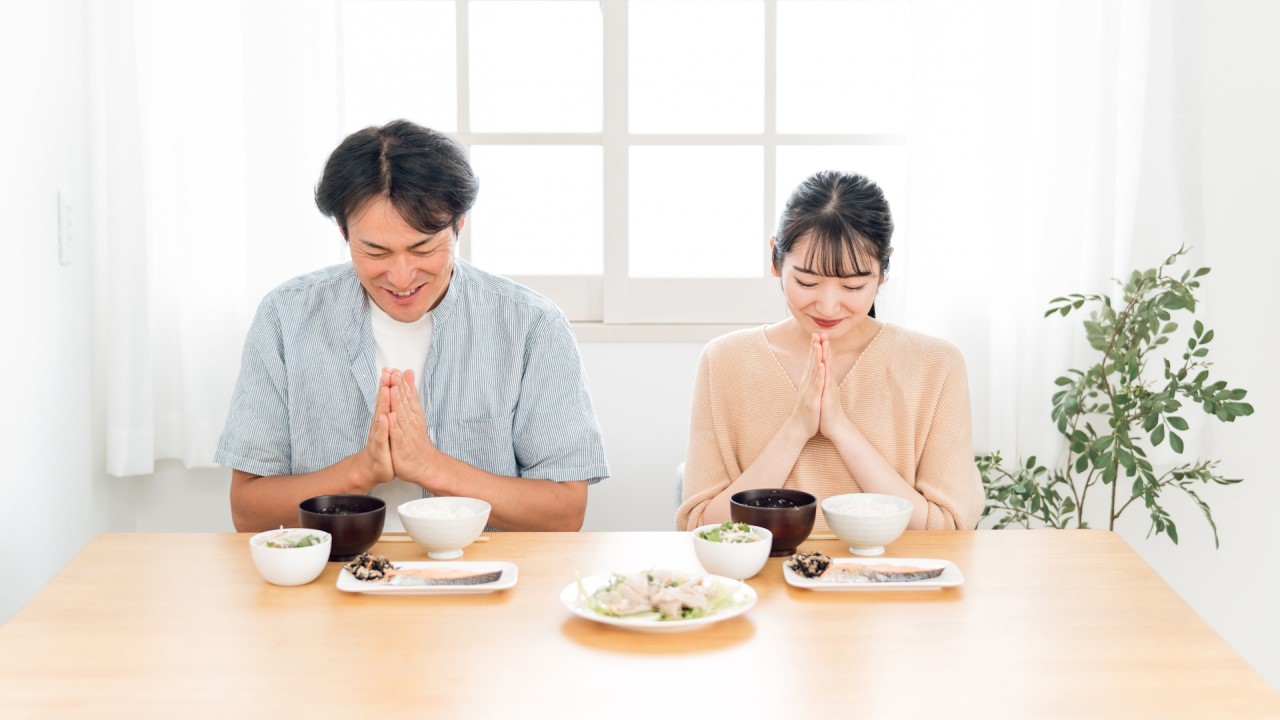 The first half of the phrase reads: “Tanatsumono, momonokigusa no Amaterasu, hinoookami no megumi etekoso.” This is similar in meaning to the phrase “itadakimasu” that is said before eating a meal. Specifically, it means that the harvest from the fields is a blessing from the sun, which I gratefully partake.” Knowing the original meaning of the word, you can now say thank you for the food in Japanese with your whole heart! 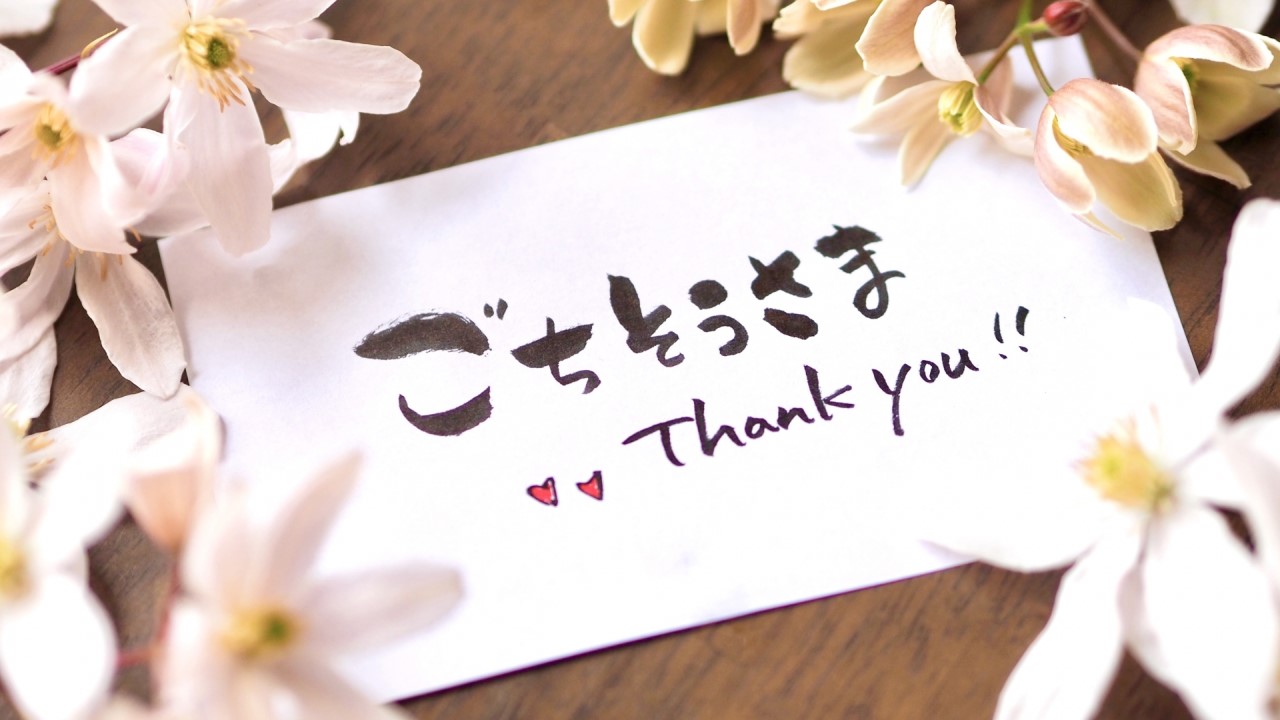 The second half of the phrase reads: “Asayoini, monokuugoto ni toyoukeno, kamino megumi wo omoe, yonohito.” This is said to give thanks after a meal, like the phrase “gochisousama” used nowadays. “Toyouke no kami” refers to the god of food. “Gochisousama”, when written in kanji characters, infers to the action of running about and is meant to recognize the effort of the person who prepared the meal. In other words, it means, “Be it morning or night, I give thanks to god for providing my meals.”

This complete phrase was recited by an 18th century classics researcher, Motoori Norinaga, and it is still currently chanted in shrines before and after meals. So even the traditional phrase is kept alive in Japanese food culture. Hopefully you will also carry on this tradition of saying thank you in Japanese whenever you have a delicious meal.