Matsumoto Castle is one of the oldest original castles still remaining in Japan. Besides being designated as a “National Treasure of Japan” and its beautiful surroundings, the castle holds an immeasurable historical value for Japanese and the global audience alike.

The castle used to be known as Fukashi Castle but during the Sengoku era, then it was moved to another location and renamed as Matsumoto Castle in 1582. Minor keeps, gates and moat were being added and finally the castle’s main keep was completed somewhere between 1593-1594.

Because of its black wainscoting and roof decorations that seem to be flaring out, the castle was nicknamed “Crow Castle.” Most of the original surroundings are still preserved but the gates and defensive measures have been upgraded to fit the standards of the modern world. 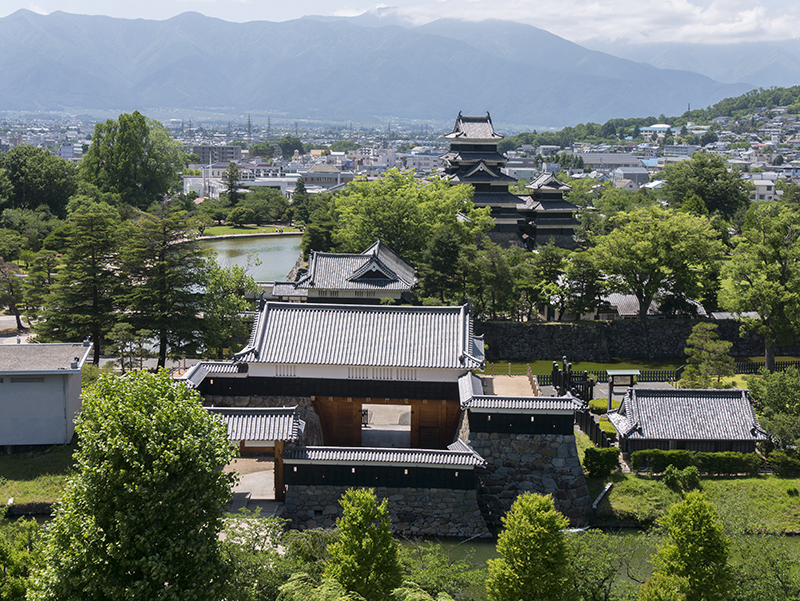 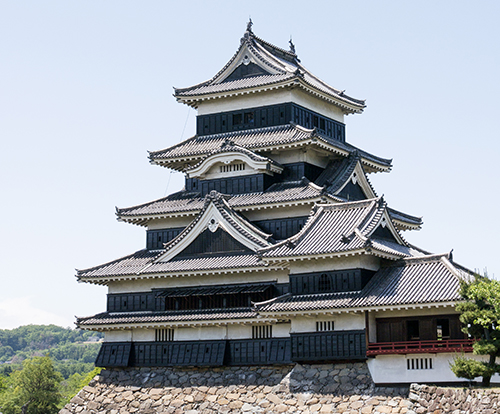 Matsumoto Castle is a flatland castle(平城 hirajiro). Its complete defensive structure consists of an extensive system of interconnecting walls, moats and gatehouses. Inside the castle wall, there lived about a hundred Samurai families, all loyal to the lord of the castle.

One of the castle’s secrets is that it has a hidden floor. From the outside it seems like the main tower only has five stories, but it actually has six. The hidden annex area was used to hide weapons and gunpowder.

The castle has a very interesting structure with wide passages and steep staircases. There are holes for defending the castle with bow and arrow all around the castle. These holes were later narrowed down for the use of guns. The wooden construction for the foundation floor curves inwards to follow the line of the stone foundation. Truly a historical architectural marvel. 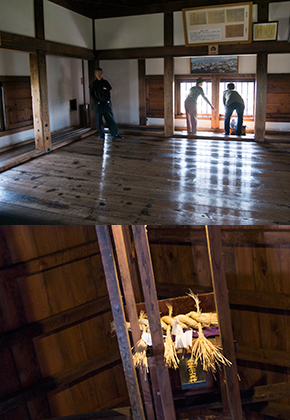 The sixth and top floor lies 22.1 meters above the ground and could be covered with 16 tatami mats for comfort. This floor was used as the headquarters of the “war lord” if the castle was under attack.

On the ceiling there is a shrine dedicated to Nijuroku-yashin, the 26th night goddess of the month. On the night of January 26th, 1618, one of the young vassals on duty saw a woman dressed in beautiful clothes. She handed him a brocade bag and said “if the lord of the castle enshrines me with 500kg of rice on the 26th night of every month, I will protect the castle from fire and enemy.” The deity is still enshrined in the castle rooftop to this day, and it is believed that because of this reason the castle has been able to survive as the oldest castle of Japan in its original form.

Thanks to the collaborative efforts of the people of Matsumoto, the castle is still standing and keeps its history alive. 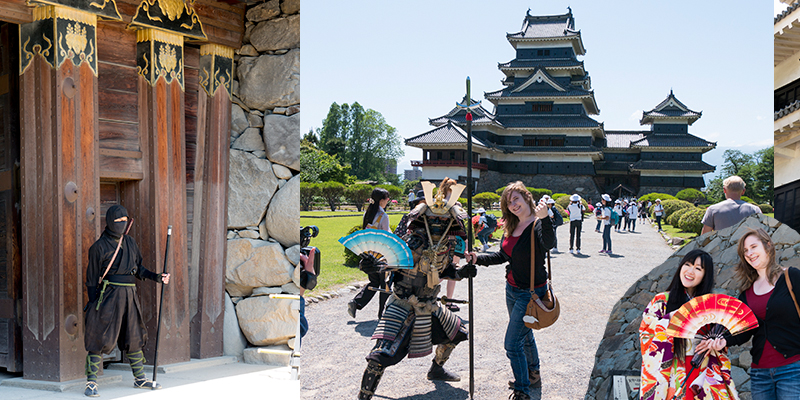