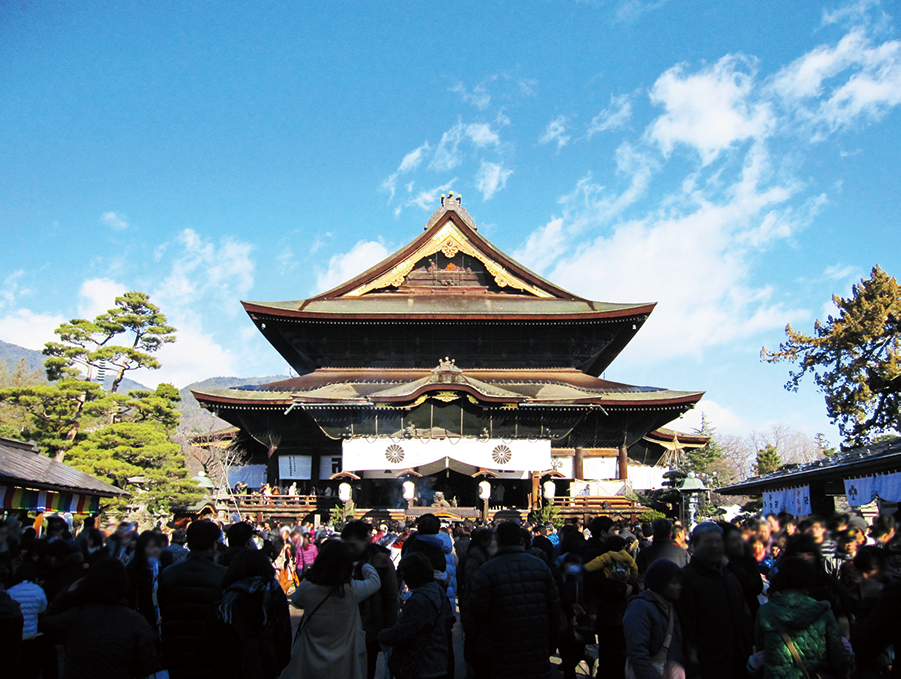 Zenkoji Temple attracts numbers of tourists who seek knowledge of ancient Japanese culture and enlightenment. Among the picturesque mountain peaks, you can sense the spirituality that filled patrons of this sacred place when Zenkoji Temple was founded. The beautifully crafted wooden temple is a symbol of acceptance, as it’s known as a place of worship that welcomes pilgrims of varying faith and backgrounds since the Heian period.

Zenkoji Temple is approximately 1,400-year-old Buddhist temple where generations of people have come to worship. The Buddha enshrined here is said to be the oldest in Japan and has been kept hidden, giving it the name “Secret Buddha”. The paved street leading up to the temple is lined with souvenir shops, soba restaurants, and temple lodgings to serve visiting worshippers and tourists from around Japan and the entire world.

The main hall of Zenkoji Temple is designated as a National Treasure of Japan. While visitors aren’t permitted to see the enshrined Buddha of Amitabha Tathagata, they can pay their respects in the inner sanctuary. In the main temple hall, there is a statue called “Binzuru-Sama”. It is said that sick or injured people who touch the statue in the same place as the affected part of their body will be cured.

Hours: The temple grounds can be viewed all day. The hours for the inner sanctum and main building change according to the sunrise.
Admission: 500 yen (adults), 200 yen (high school students), 50 yen (elementary & junior high school students)
Access: 15 min by bus from JR Nagano Station, get off at Zenkoji Daimon bus stop and walk another 5 min
Address: 491 Motoyoshi-cho, Nagano-shi 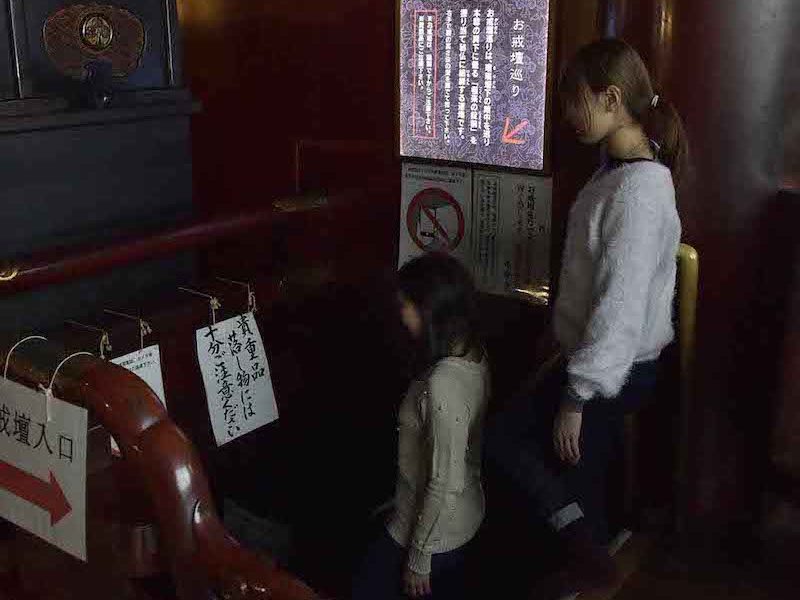 Walk through the corridor under the main hall and search for the “key to the paradise” in absolute darkness. It is believed that if the visitors touch this lock, they will be allowed to enter the paradise. 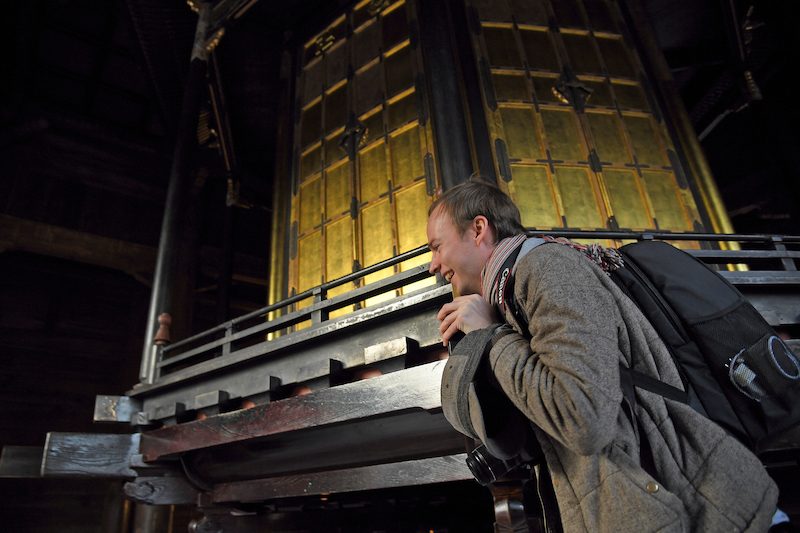 This wooden building, which was built in 1759, houses a great collection of Buddhist scriptures – 6,771 volumes to be exact. These sutras are carved in an octagonal wooden structure and it is believed that rotating it bestows a blessing similar to reading the entire scriptures. 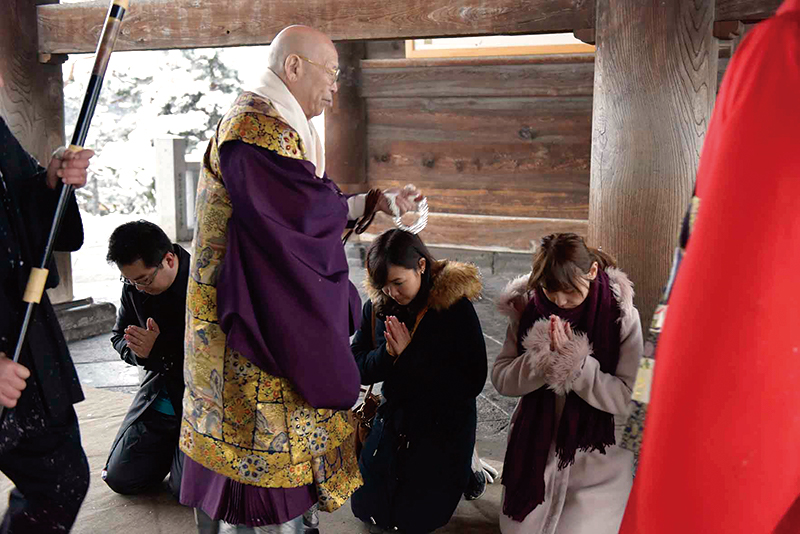 Get up early and experience a series of Buddhists’ rituals. First, kneel down in front of Hondo (Main hall) and let the top priest bless you by touching your head with a Buddhist rosary (The Rosary Blessing O-JUZU CHODAI). Then sit for the morning service in the inner sanctuary. 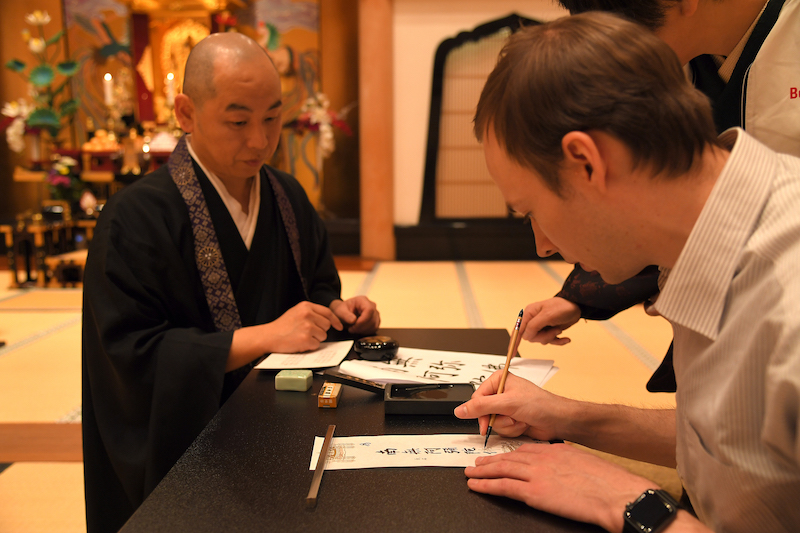 In a packed travel itinerary, it pays off to carve out some time of calm. The beautiful Zenkoji Temple opens its doors to spirituality to everyone, by offering opportunities for quiet inward reflection through many traditional activities. In Daikanjin Temple on the grounds of Zenkoji Temple you can try a Zazen meditaton session, healing mind, body and soul, guided by a real Buddhist monk. Or, try your hand at Shakyo – a Buddhist Sutra copying with a brush and ink, an experience that brings about a peace of mind and that has been practised for centuries. 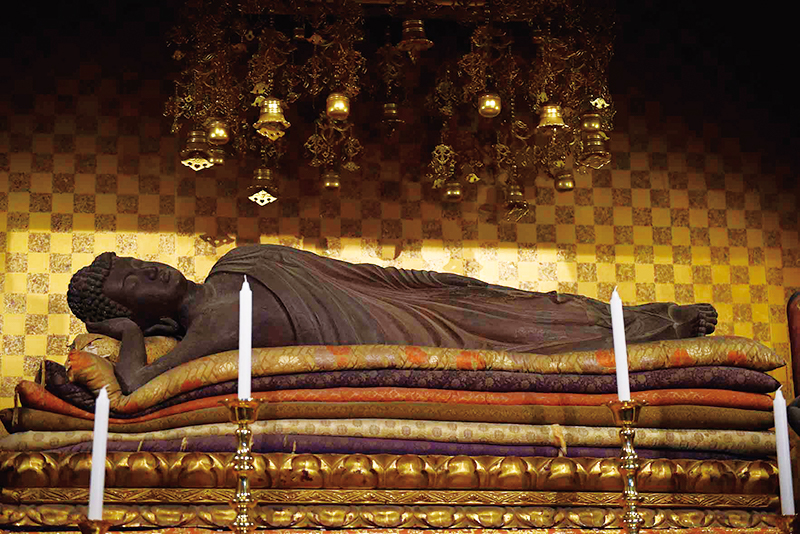 The temple worships Japan’s only life-sized reclining Buddha statue (National Important Cultural Property). The Buddha looks to the west, symbolizing reaching the state of Nirvana in one’s afterlife. Standing next to the reclining Buddha is Bishamonten, who is one of the Seven Gods of Fortune. Try collecting all seven seal stamps of the seven gods. They are all within walking distance of Zenkoji Temple and Nagano Station.

Hours: 8am – 4pm
Admission: Worship session 1,000 yen, limited to 10 people (includes a tour of the inside of the temple hall)
Access: 15 min by bus from JR Nagano Station, get off at Zenkoji Daimon bus stop and walk another 4 min
Address: 475 Motoyoshi-cho, Nagano-shi 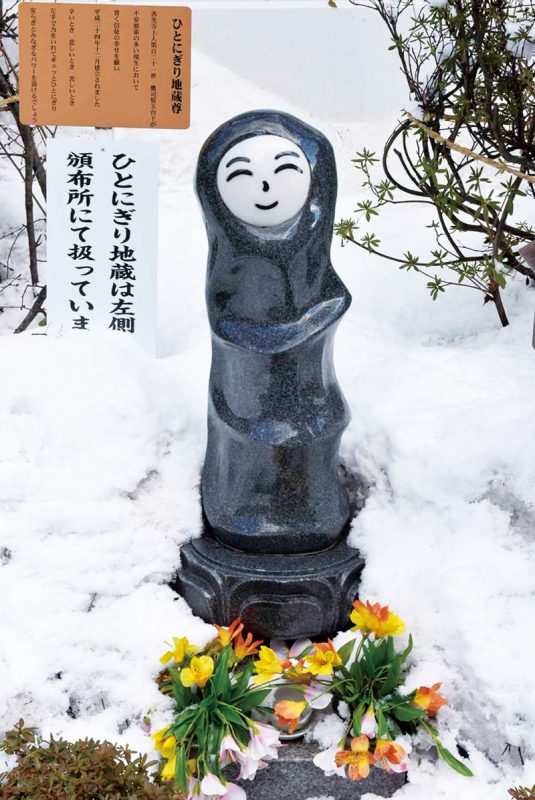 Daihongan Temple is the main temple of the Jodo sect of Buddhism. It has come together over the past 1400 years with Zenkoji Temple and served as a residence for head priestess of Zenkoji Temple.
Many unique rituals are performed here by the high priestess who resides in the famous temple. Their most popular souvenir, “Hitonigiri Jizo”, is said to soothe and empower you when being squeezed in your left hand. 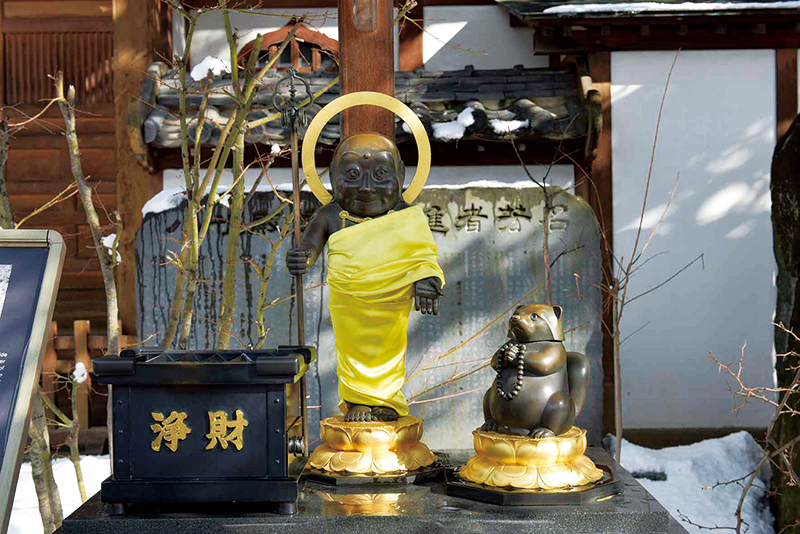 There is a legend that, a wise Mujina (racoon dog) once disguised itself as a man and stayed one night at Byakurenbou Temple. Feeling guilty about eating other animals, he wanted to pray at Zenkoji Temple fervently for his next life. However, his secret appeared to people and forced the Mujina to run away. To represent this tale, there is both a statue of Jizo and a Mujina in front of Byakurenbou Temple. 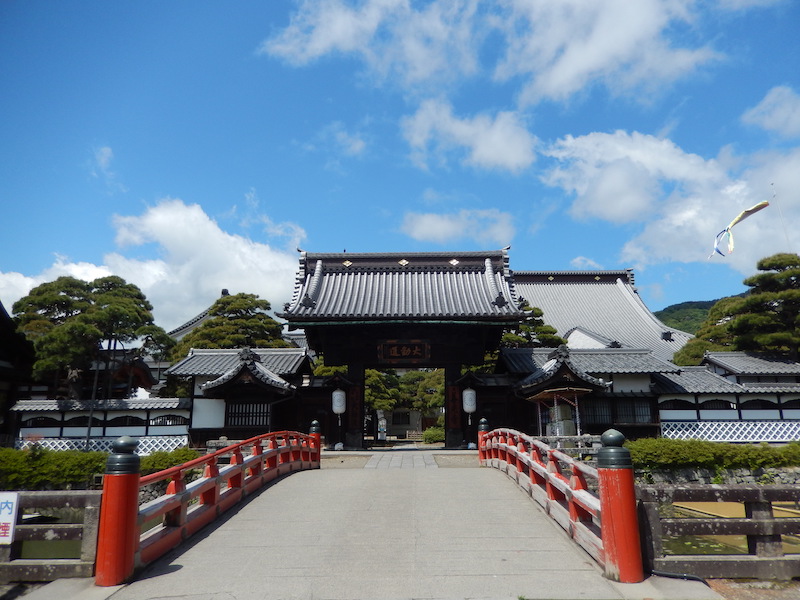 This historic temple has stood together with Zenkoji Temple since the foundation of Nagano’s iconic place of worship. Along with the head priestess of Daihongan Temple, the head priest of Daikanjin Temple watches over the Zenkoji Temple complex. Here visitors can practice zazen, or sitting meditation, and sutra copying inside the awe-inspiring building with the guidance of real masters of these ancient rituals.