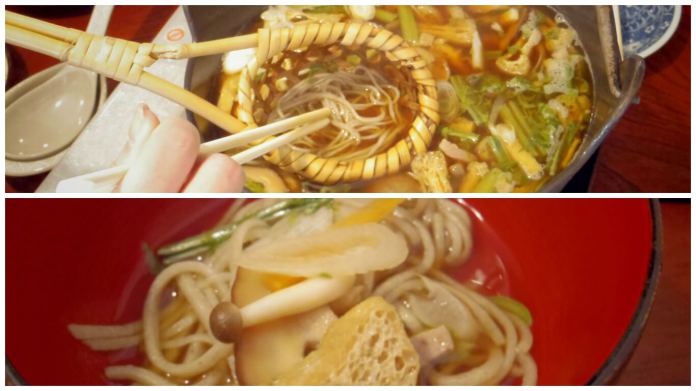 Matsumoto City is probably most well-known overseas for its historic castle, the Matsumoto Castle, which is over 400 years old and a National Treasure of Japan. Nagano’s second largest city also has lots else to offer, which WAttention will introduce in this 4-part Matsumoto Must sightseeing series.

Ask any Japanese and they will tell you that Nagano Prefecture is famous for soba, horse meat, bee larvae and grasshoppers–not all in one dish, of course!

Matsumoto has a unique local soba of its own, called Toji Soba, which literally means “dipping soba into soup”–or how the soba is eaten. Cold soba is given a dip in hot dashi broth, shabu shabu style, and then eaten with the soup which has pork, mushrooms, mountain vegetables and fried oily tofu as ingredients.

In Japan, horse meat sashimi is commonly eaten in Nagano Prefecture and Kumamoto Prefecture. Like beef, there are various cuts of different fat marbling. Horse meat has been gaining popularity in Japan for being low in fat and high in protein. 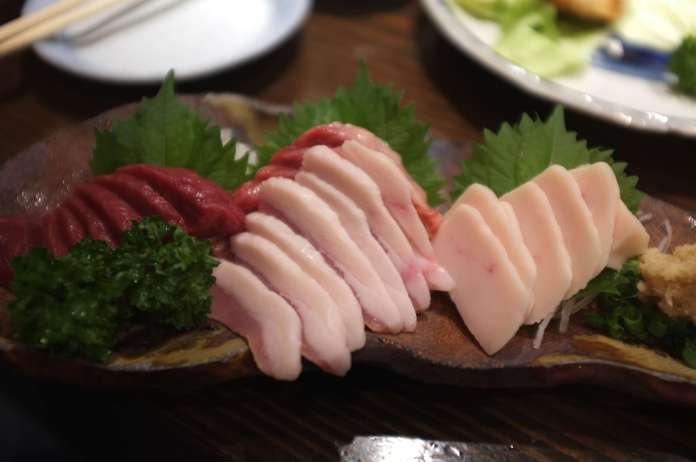 Bee larve is known to be rich in protein. The taste and texture is perhaps best described as similar to a dried natto. These little bugs are understandably hard to harvest and hence don’t come cheap! The color variation indicates the stage of the larvae’s maturity–the darker, the closer it was to becoming a busy bee. 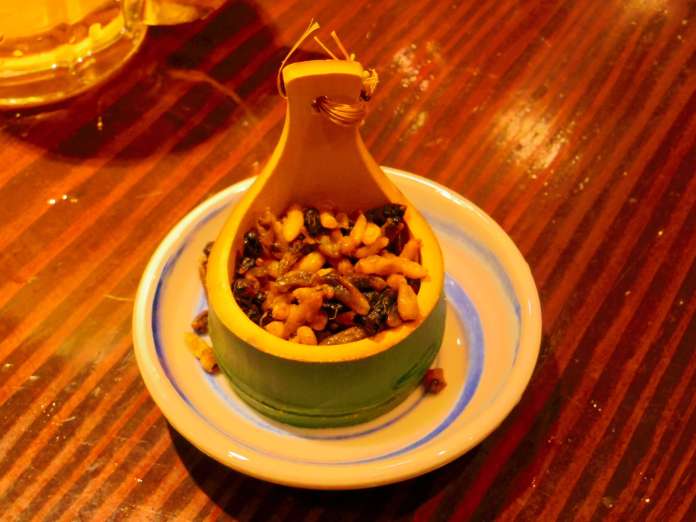 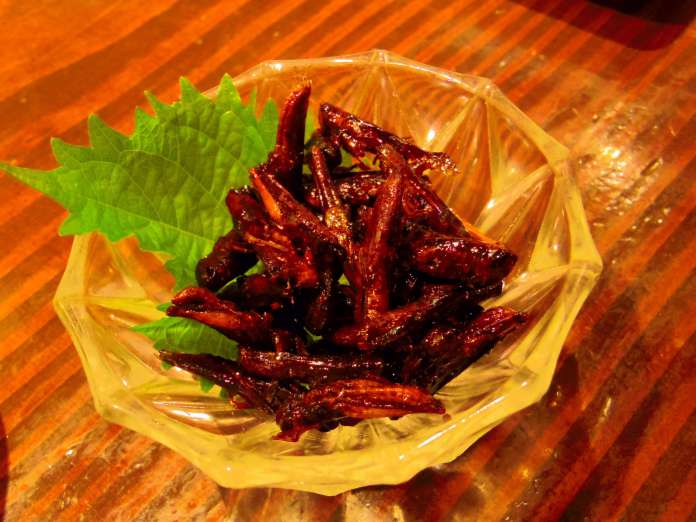 The region has also developed its own breed of salmon, Shinshu salmon–a crossbreed of two trouts to result in a fish rich in oil content. This is only available at restaurants in Nagano. 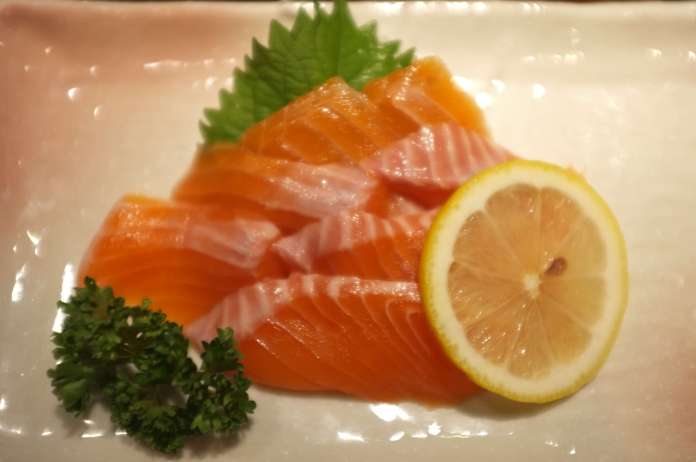 …and for something a bit more hearty, the sanzoku (literally meaning Mountain Thief) fried chicken cutlet. 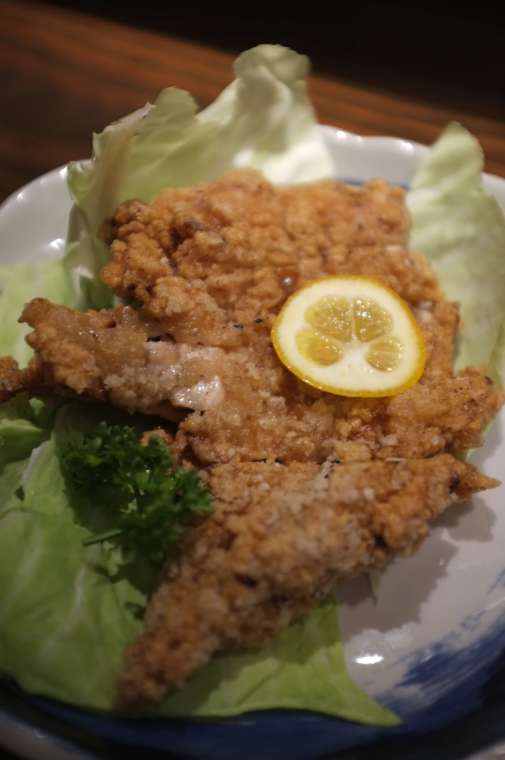 Now, do you feel like you could eat a horse?