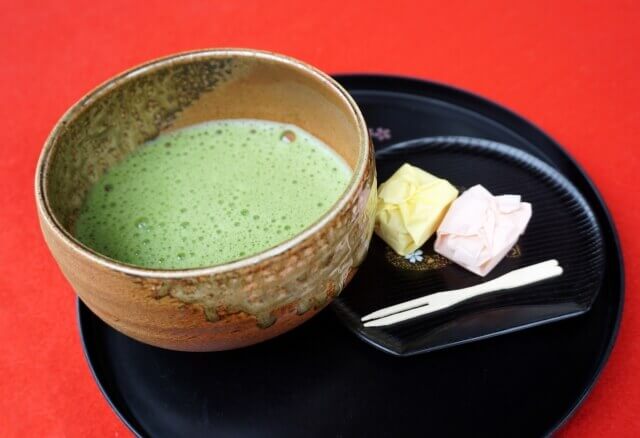 To gain an overall grasp of Japanese culture, why not try “tea ceremony?”

The tea house or tea room is a miniature museum of “wa”—all things Japanese. Tea ceremony includes various highlights that symbolize Japan, like the simple tea house made of bamboo, wood, and washi paper, and food dishes to match called kaiseki. Each item is an expression of the essence of traditional Japanese life.

What is the culture of tea ceremony?

Tea is said to have been brought to Japan from China during the Nara period.

It was gradually accepted after the Zen master Eisai wrote the book “Kissai Yojo-ki”, or “tea drinking cure”, during the Kamakura era, stressing the effectiveness of tea as medicine. The act of drinking tea became a special experience during the Muromachi period, during which time equipment was introduced and the “shoin” was developed, which evolved as the tea houses that we see today. “Tatemae” procedures for tea ceremony were established, with deep ties to the philosophy of zen, and it was during the Azuchi-Momoyama era in the 1500s that Sen no Rikyu refined the philosophy and perfected “wabi-cha”, an extremely austere and Japanese style, to an art form. 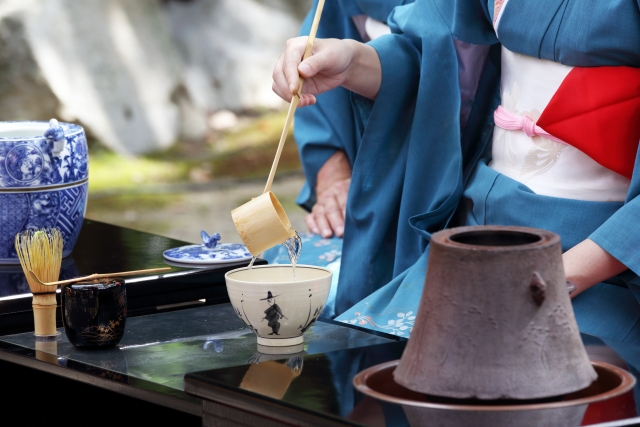 What sort of person was Sen no Rikyu?

Rikyu was a tea master, a professional who served two generals, Oda Nobunaga and Toyotomi Hideyoshi during a time when tea ceremony had been popular among warriors as a symbol of refined culture.

A tea master needs to be able to properly determine the utensils for tea ceremony. With his discerning eye, Rikyu not only stood out among the tea masters, he also had the ability to create new forms of beauty.

Rikyu surprised those around him by introducing innovative ideas for tea ceremony such as the “koma”, or dark, tiny tea rooms where the ceilings were too low to stand upright, and the use of jet black “rakuchawan” tea bowls he had made by Japanese craftsmen to use in the place of Chinese imports, which generated a sense of austerity that was similar to a religious aestheticism of sorts, which eventually spread as “wabi-cha”. 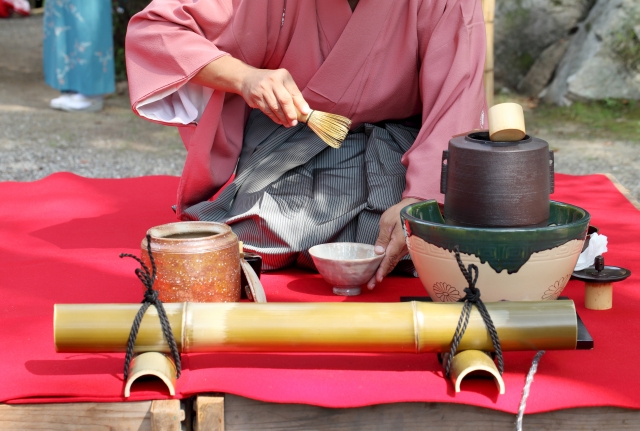 “Wabi-sabi” refers to a quiet, serene world, or a subdued state. In its root form, the meaning of the word “wabi” includes “the pain of not having things proceed as desired”, and “sabi” means “the state of the power of life deteriorating”, both expressions of negative conditions. Inversely, it is possible to see a uniquely Japanese sense of beauty and culture from the use of these terms that began after the Edo period as “positive terms for expressing the beauty of Japan”.

Ichigo-ichie: One opportunity, one encounter, meaning that every encounter should be cherished as it may never happen again.

Ichigo-ichie: is a term that was mentioned by Yamanoue Soji, an apprentice of Rikyu, and Ii Naosuke, a high-ranking government official of the Edo period, and today remains a symbol of the spirit of tea ceremony: “This tea ceremony, held on this day of this year, is an irreplaceable moment that will never again be repeated. Tea ceremony can only be a success when the minds of both the person serving and those being served come together as one”. This is an eternal truth that applies not only to tea ceremony but other situations as well, whenever we may experience an encounter in our lives. 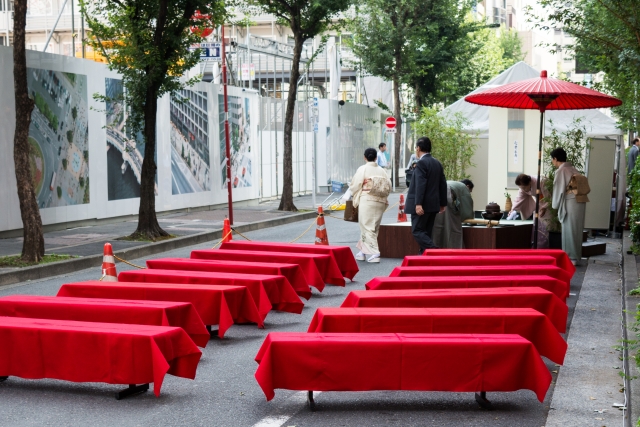