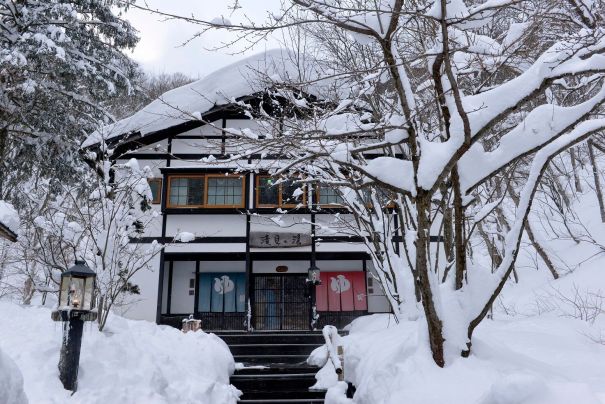 A secluded onsen away from modern life

Quality hot springs are scattered throughout the mountainous Aomori Prefecture. For the most authentic and tranquil experience, head over to a secluded hot spring called Lamp no Yado Aoni Onsen. After visiting many different hot springs all over Japan, I have to call this one the real deal.

That doesn’t mean it has the most gorgeous looking bath or spectacular ryokan attached to it, but actually kind of the opposite…hear me out! The subtle charm and the secluded location creates a Japanese onsen experience unlike any other. Though hard to reach, the journey is well-worth the effort. 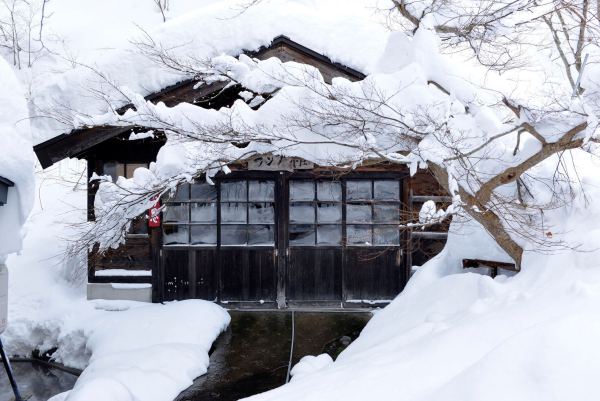 The journey through wintery Aoni Valley

Located along Aoni Valley deep in the mountains of Aomori, every twist your bus or car makes up to the mountain, is a step away from modern society. It was only the beginning of the winter during my visit, but thick snow had already piled up so much it wasn’t hard to believe that Aomori is the snowiest city on earth. The cold weather only made my anticipation stronger, eager to warm up in the soothing waters of one of Tohoku’s most secluded onsen. 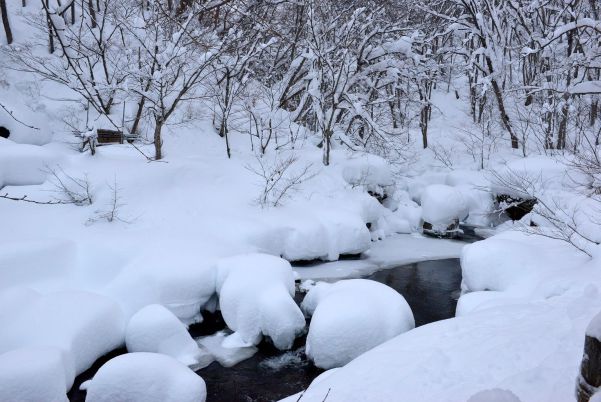 The seasons of Lamp no Yado Onsen

While too white to be true during winter, nature brings much more to these mountains than just snow. During autumn, the area is known for its golden foliage, and expect lots of fresh verdure as well as bright hydrangea flowers during the summer. The ryokan itself is surrounded by some sakura trees which are usually in full blossom during May. The bright petals appear bit later than in most other parts of Japan because of the long winters.

The moment you arrive at Lamp no Yado, which translates itself as “Inn of Lamps”, you will realize that you have come to a true mountain retreat completely surrounded by nature. In fact, the secluded onsen allows one to really appreciate Japanese nature all year. 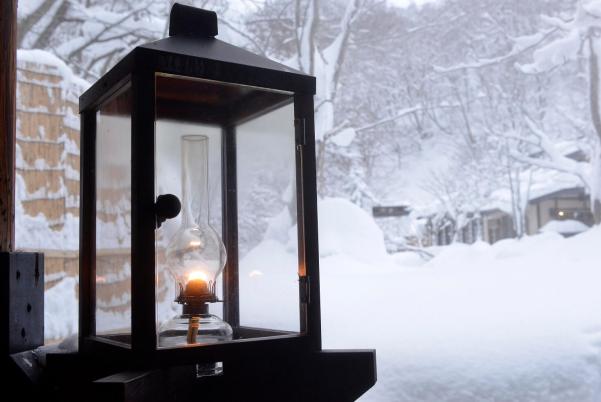 Heading inside the ryokan, you make a slip in time to a more traditional Japan, completely untouched by the invasion of convenience stores and hamburgers. Electricity here is scarce, and the whole ryokan is lit only by oil lamps. The gentle lighting adds an authentic touch to the Japanese style rooms. 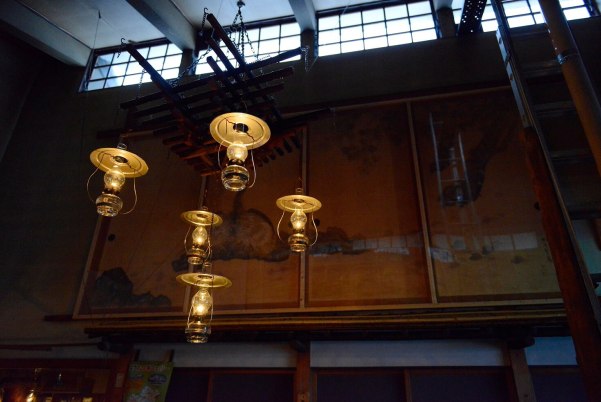 Expect no power sockets in your room. However, it’s a small price you pay to experience something truly unique. Sacrificing a bit of time with modern luxuries for a truly relaxing and rare hot spring getaway is a good trade-off in my opinion. After a few minutes soaking in the atmosphere from in a secluded natural hot spring, you’ll quickly forget all that you left behind.

The mountain vegetables and freshwater fish make for a divine, healthy meal that will allow one to appreciate the blessings of nature.

The fish are grilled on an irori, a traditional Japanese hearth. Together with the tatami mats, a Japanese wooden table and your yukata (the kimono you wear at the inn), you can experience an authentic Japanese atmosphere at a secluded hot spring. In fact, the setting is memorably authentic. 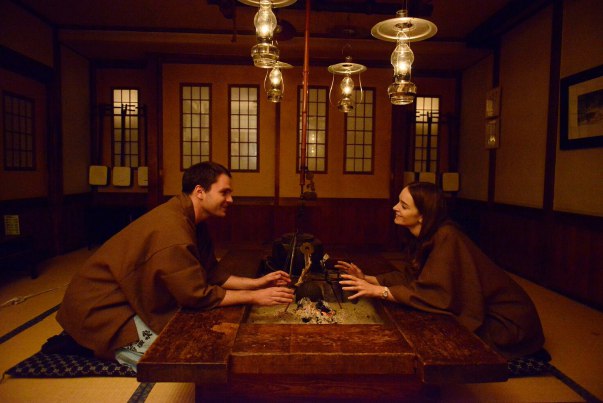 Lamp no Yado offers a total of 4 different secluded Japanese baths. One of these baths is a rotenburo, or outdoor open-air bath. The lukewarm water allows one to stay in for a long time without getting too hot. Ladies should note that this bath is gender free, which was more common in the old days in Japan. Special ladies-only hours are available from 11am to 12pm and from 5pm to 6pm.

The other 3 inside baths each look at the scenery from a different angle. The scent of the large wooden tubs add a lovely fragrance to the hot water. Ladies can feel at ease as men and women go in separate baths here.

According to the owner, the natural hot spring water here is not only good for the body, but also has the power to “make a love that has cooled down hot again”. I believe that it is not only the water. The unforgettable experience Aoni Onsen Lamp no Yado provides also heats up the romance. While its inconvenient location and lack of electricity may be challenging, if you appreciate a truly secluded hot spring far away from the hustle and bustle of modern society, this is one of the best mountain retreats to destress. A relaxing soak in the middle of nature with precious people in your life will be a lifetime memory for sure. 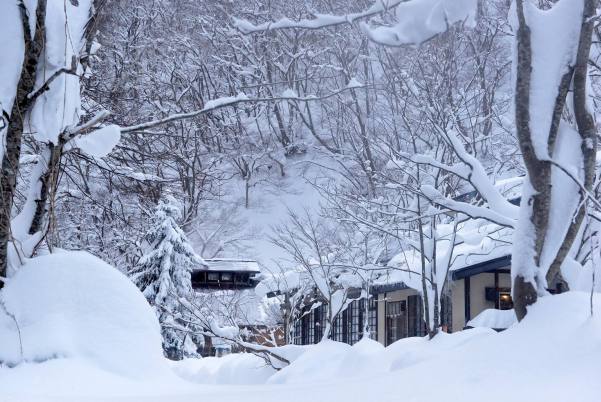