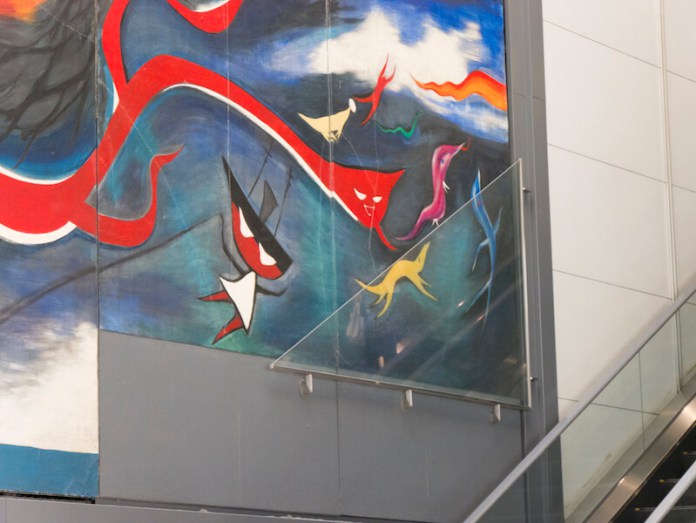 This huge mural hangs at Shibuya station. Named “The Myth of Tomorrow”, it is made by the Japanese artist Taro Okamoto. It was painted in the late 1960’s in Mexico, but unveiled in Shibuya Station in 2008. The painting represents the atomic bombing of Hiroshima and Nagasaki. 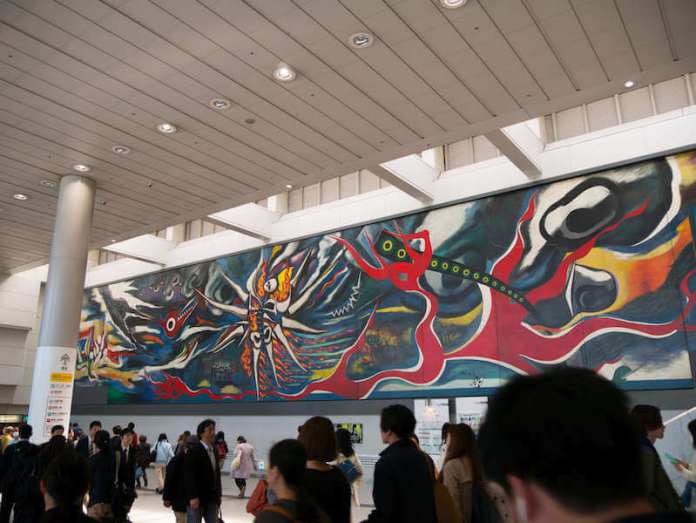 The controversial Japanese art group Chim|Pom added a small painted piece about nuclear destruction eight weeks after the Great Tohoku Earthquake. It has now been removed and did no damage to the painting.