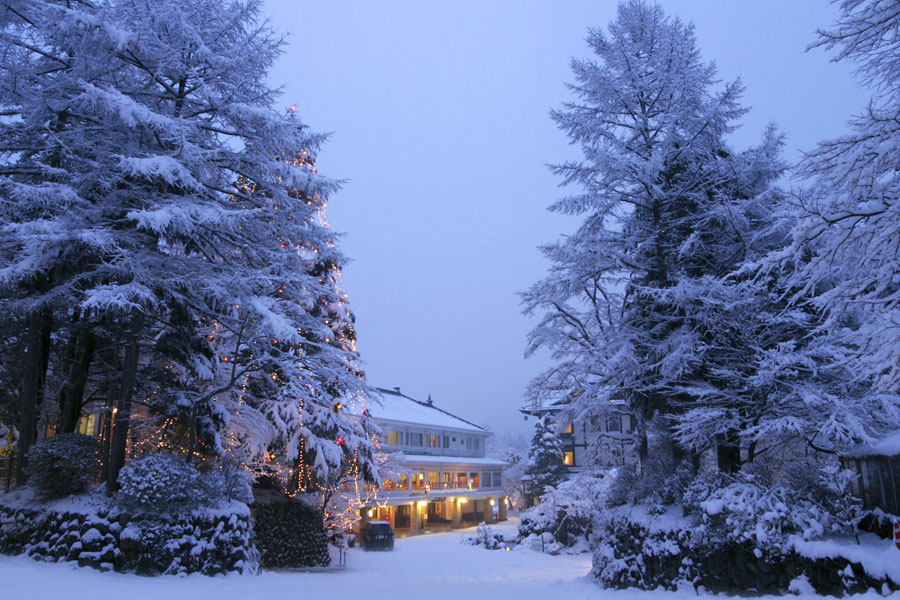 The cedar trees that encompass Nikko in Tochigi prefecture have witnessed countless stories unfold throughout the history of the city. From early Shinto pilgrimages to the construction of the sumptuous Toshogu Shrine, the final resting place of the shogun Tokugawa Ieyasu and pinnacle of the blend of Shinto and Buddhist architecture. It is also here where a tale of clash of cultures, architecture, art and Japanese hospitality was born with the founding of the Kanaya Hotel, the longest running hotel catering to foreign guests which opened in 1873.

A Unique, Classic Stay At The Kanaya Hotel

I take a bus at Tobu Nikko Station and after only five minutes, I find myself at the beautiful Shinkyo Bridge, and just in front of it, I see the Kanaya Hotel, my destination.

As I make my way up a hill the chilly winter air nips at my cheeks. I come to see a peculiar Japanese-style lamp adorned with red-orange wooden carvings and a neat lettering reading: KANAYA HOTEL. It doesn’t particularly stand out, but it feels as though I’m trespassing into the whimsical setting of a popular novel full of complex characters trapped in the distant past. 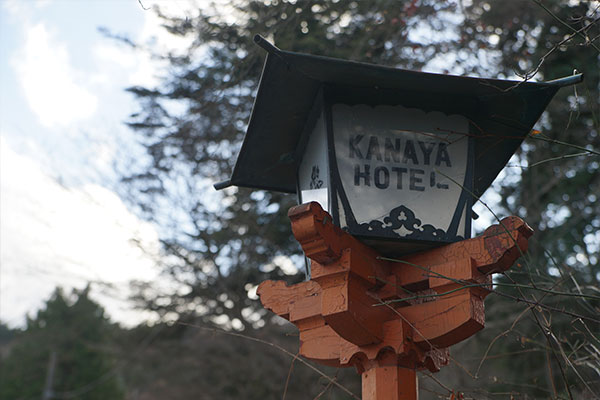 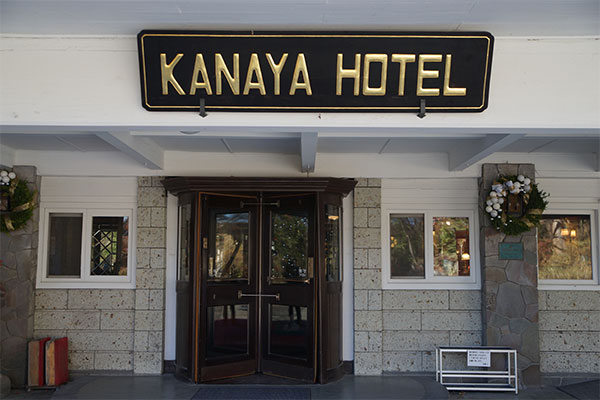 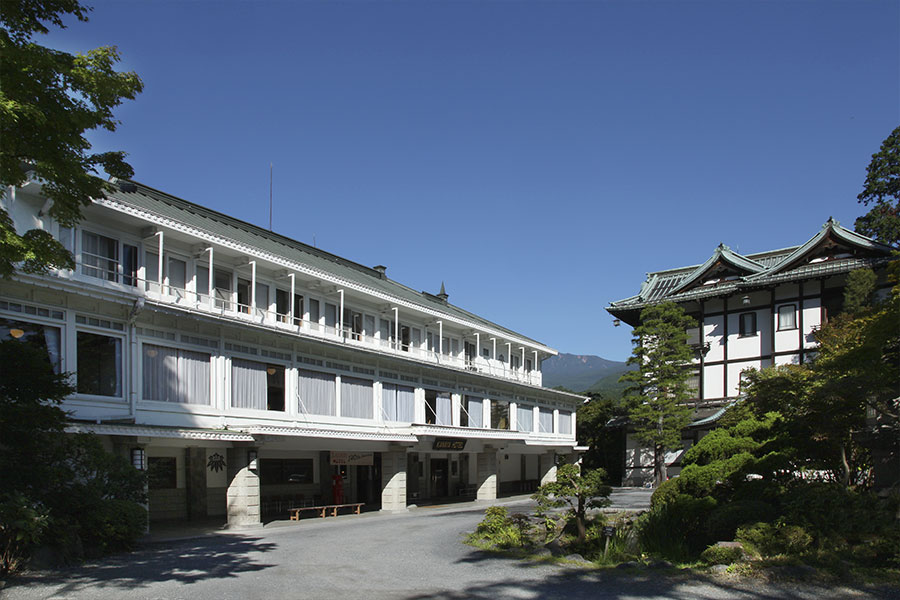 As I reach the main entrance, I take a look around what looks like a Western-style building with Japanese accents that puzzle me for a moment. As a Westerner, I feel a vague feeling of familiarity, and yet at the same time there is something original and unique here. As I walk through the revolving wooden doors I’m transported to world a hundred years ago. 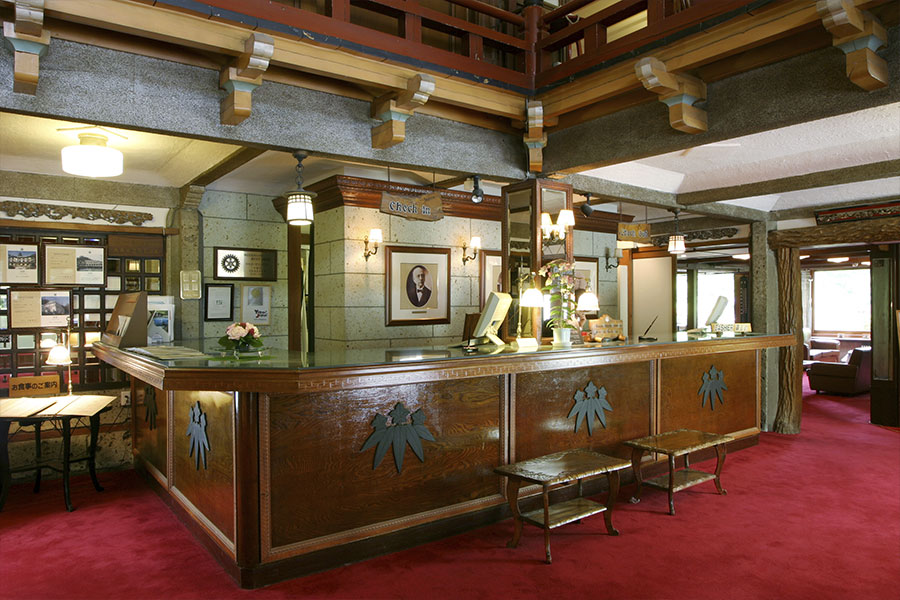 A Luxurious Blend of Cultures at Kanaya Hotel

Despite the general appearance of a luxurious mountain lodge, I can’t help but notice Japanese elements such as the intricate and colorful woodcarvings that adorn the doors, or the vermilion handrails overlooking the lobby that could have been easily found inside a Shinto shrine.

I’m told that the wall behind the counter is made out of Oya stone, an igneous rock found in the area made out of lava and ash that became a popular construction material in Japan during the Meiji period. Adorning the wall, hang two pictures of key figures in the history of Kanaya Hotel: American Missionary James Curtis Hepburn and English writer Isabella Bird.

The History of Kanaya Hotel in Nikko, Japan

The legend goes that James Curtis Hepburn visited Nikko back in 1871 and stayed at the house of a musician belonging to the Toshogu Shrine, Zenichiro Kanaya. It’s said that Hepburn, for seeing the touristic potential that Nikko would have among foreigners, suggested Kanaya to open a hotel exclusively for foreign guests.

Zenichiro Kanaya following Hepburn’s advice, opened the Cottage Inn in 1873 exclusively for foreigners. In 1878, the explorer and writer Isabella Bird stayed at Kanaya’s Cottage Inn for twelve days as part of her journey from Tokyo to Hokkaido, which she documented on her book “Unbeaten tracks in Japan”, published in 1880. In this travelogue, she gives a detailed account of everything she saw and experienced during her stay, and even provides insight into some of her thoughts, including this one, which I’m sure more than one foreigner visiting Japan has shared:

“I almost wish that the rooms were a little less exquisite, for I am in constant dread of spilling the ink, indenting the mats, or tearing the paper windows.” – Isabella Bird in “Unbeaten tracks in Japan” describing her room.

It’s worth noting that Bird did not stay at the current building that houses the Kanaya Hotel, but at the The Cottage Inn. This was a traditional Japanese house and the origin of the Kanaya Hotel, popularly known by the travelers of the time as “The Samurai House”. Today it’s a museum that remains open to general visitors as Kanaya Hotel History House.

With the opening of Japan to the world during the Meiji period, the number of foreigners in Japan increased rapidly and Nikko became the preferred location for foreign dignitaries and expats. Naturally, the Kanaya Hotel became the go-to place among the foreign community and quickly gained prestige. The Kanaya Hotel became the home away from home for distinguished figures such as the Prince Arthur of Connaught from England, American author Helen Keller and even the scientist Albert Einstein.

Kanaya Hotel: A Home for Art and History

As I walk through the red-carpeted hallways and up lavish staircases, stopping here and there to look at the black-and-white pictures of all the distinguished guests, I can’t help but imagine their ghostly silhouettes floating back and forth through the same hallways. 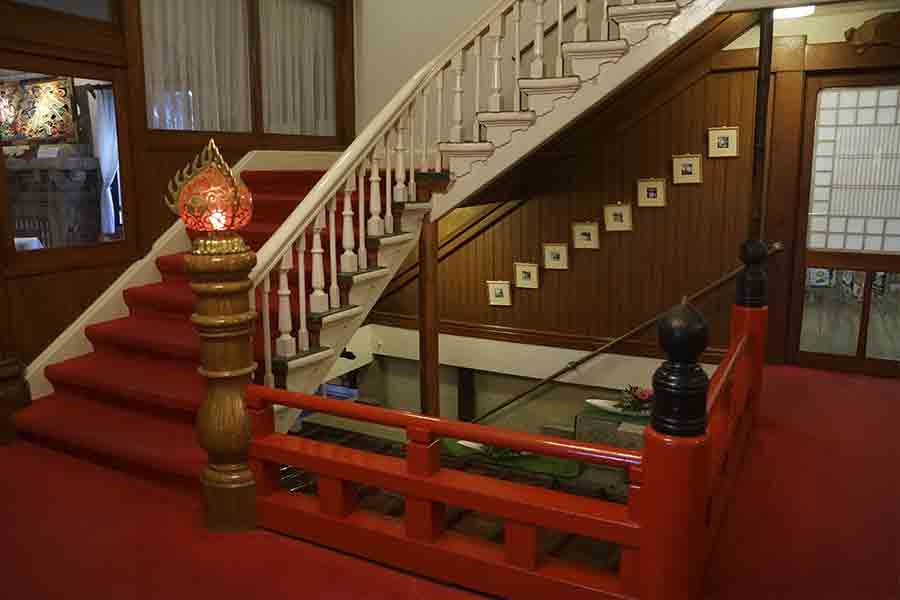 On every corner of the hotel I discover a work of art with a unique story, from lamps dating back to the Meiji period and century-old encyclopedias, to antique tableware and elaborate mirrors. Perhaps my favorite piece is the fireplace made out of Oya stone found inside the hotel bar. It’s rumored to have been designed by Frank Lloyd Wright, the architect of the Imperial Hotel in Tokyo, which also prominently features Oya stone. I couldn’t help to picture myself in front of the fireplace with a scotch on the rocks in hand and a a good book in the other.

Comfort and Elegance at Kanaya Hotel in Nikko

After roaming through what felt like decades of history, I finally get to see the room where I’ll stay the night. At first sight, I’m comforted by the warm, elegant feel, but I soon notice the elements that make this hotel unique. The ceilings have Japanese frames reminiscent of tatami rooms, the designs of the windows with their sliding doors, and interestingly a steam heater, which are a rare sight in Japan. 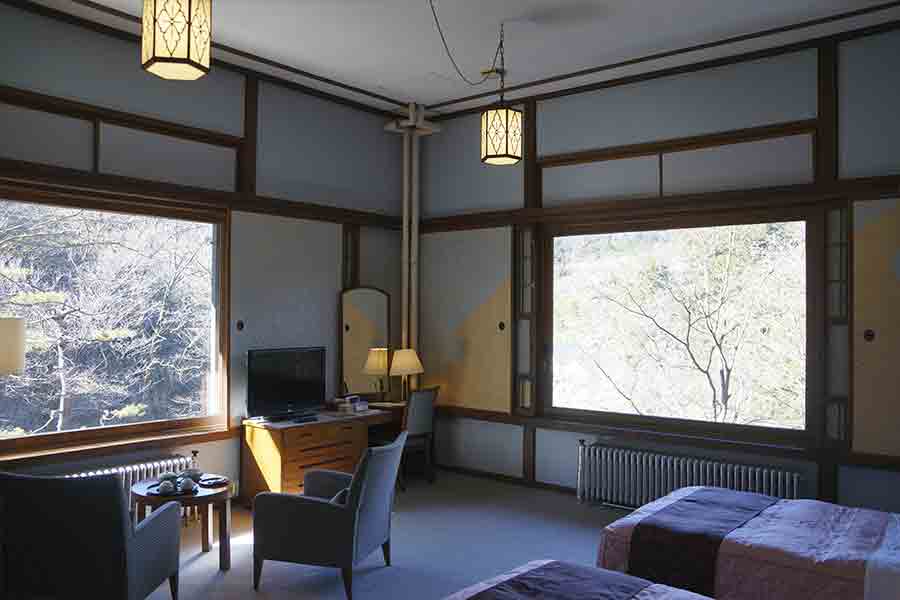 After some time relaxing in my room, enjoying the cozy warmth of the steam heater, I hear a chime. I look at my clock and realize it’s 6 pm. I later learn that announcing dinner time with a chime is an old tradition at the Kanaya Hotel. Back in the day, a gong was used to announce the meal times. I head over to the dinning hall, and marvel at the intricate decorations and grow with anticipation at the thought of what will surely be an unforgettable meal.

I taste a delicious trout with steamed vegetables, which evoke French cuisine, but with a local touch. The Kanaya Hotel is renowned for its unique Western cuisine and even non-guests come all the way here to enjoy a luxurious dinner. 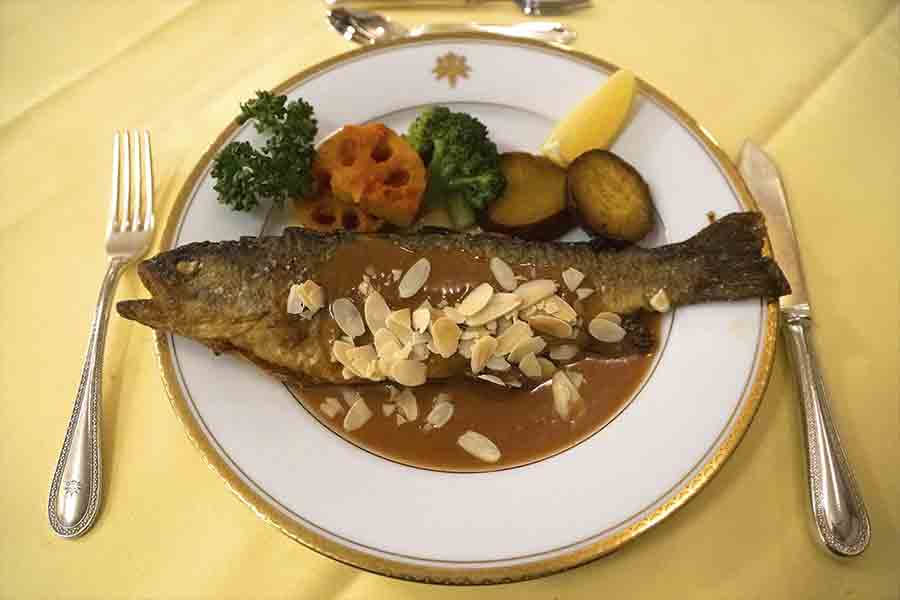 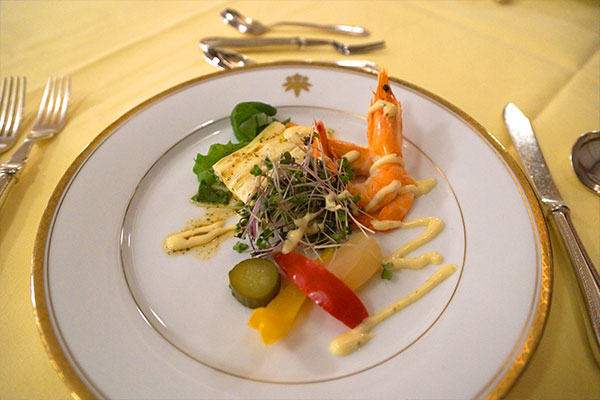 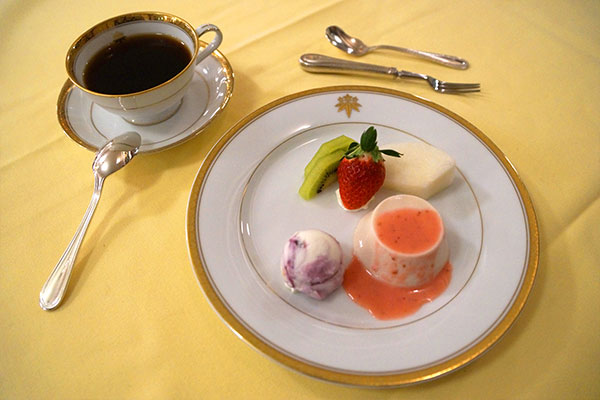 The next morning, after a refreshing bath and a delicious omelet in the dining hall, I keep exploring the hotel before heading out to town. Despite the fact that most visitors come to Nikko during summer to escape the heat, I find that Nikko is especially charming during winter. I head to the roof where I find an old ice-skating rink and an outdoor pool. There is also a viewing platform with the epic name: “The palace of the Dragon King”, which offers breathtaking views of Nikko and its snow-covered mountains. 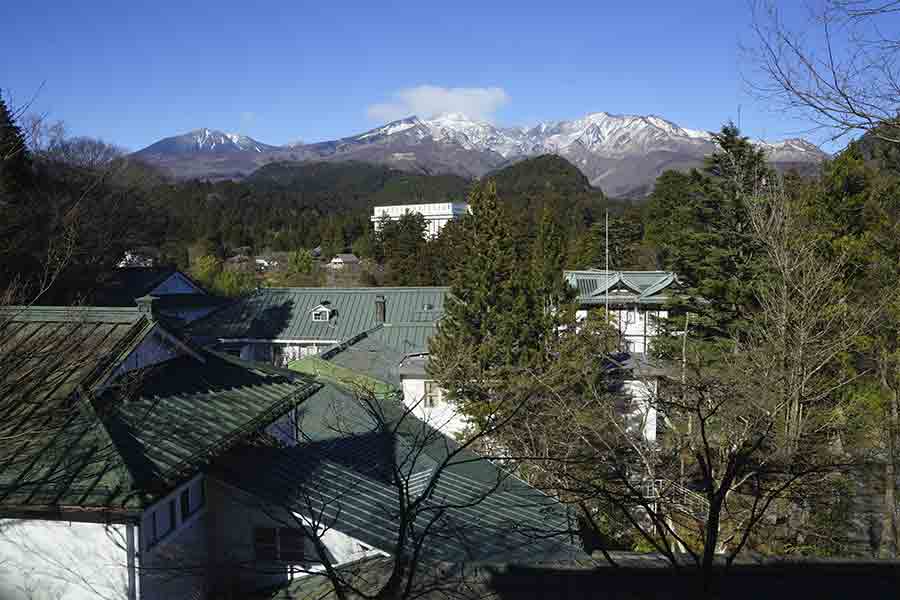 Nikko, Japan: A City Preserved by Time and Tradition

Having visited Nikko and its magnificent Toshogu Shrine in the past, this time I decided to focus on the city itself, simply strolling through its streets and exploring other historical buildings. Perhaps, still under the spell of the Kanaya Hotel, I start to find Nikko-bori everywhere I go and I keep returning to the beginning of the Showa era with the countless curio shops and art galleries. 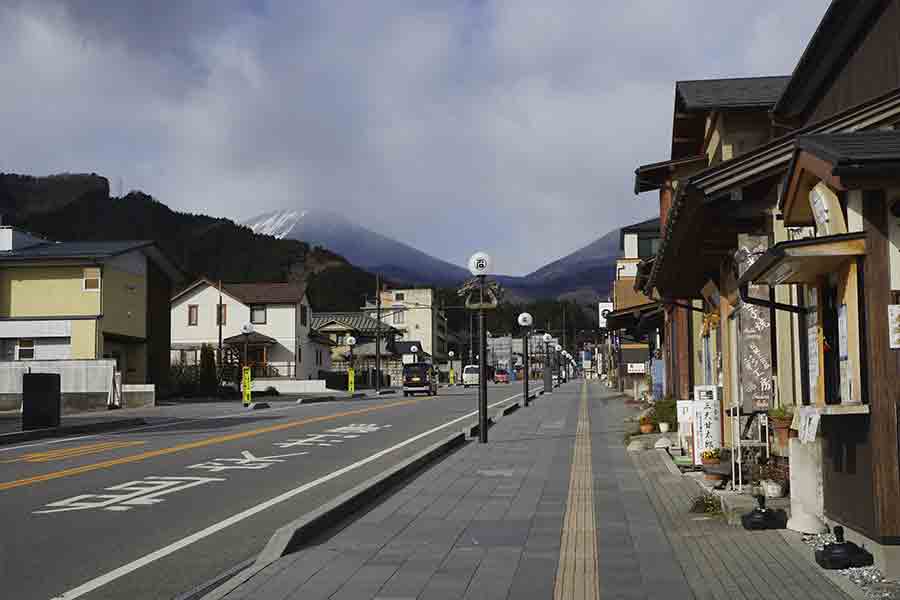 NIKKO BUSSAN SHOUKAI deserves special mention. It’s a historical building filled with a wealth of Nikko-bori treasures that doubles as a souvenir shop and a restaurant serving local specialties. 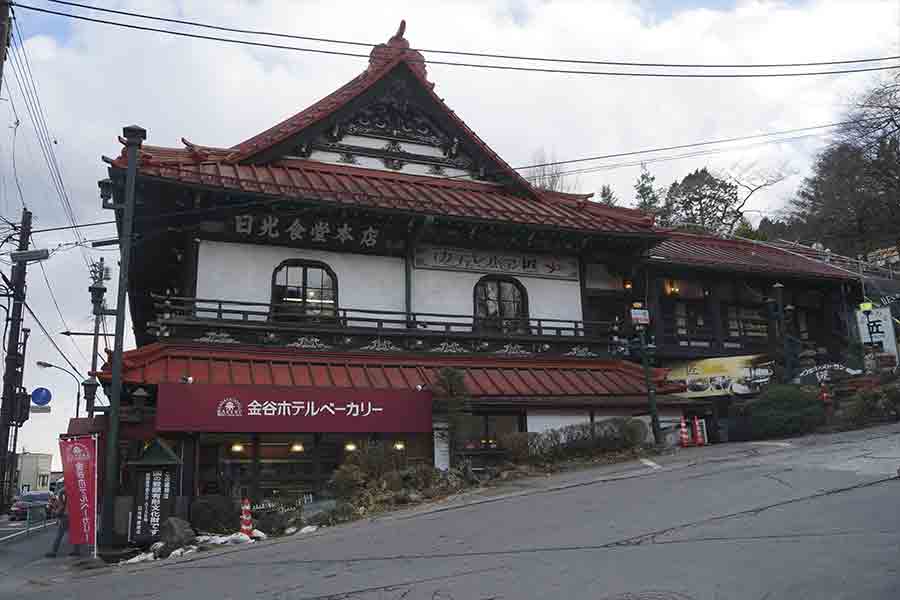 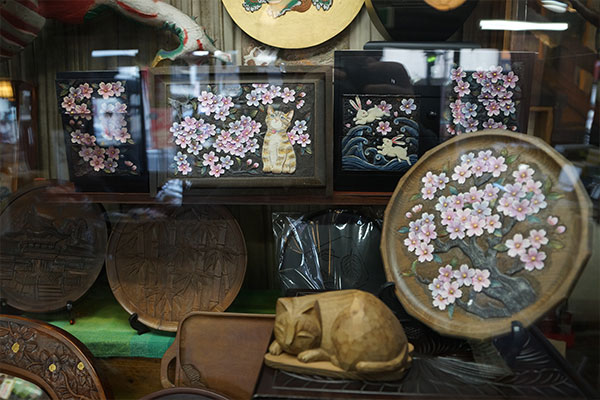 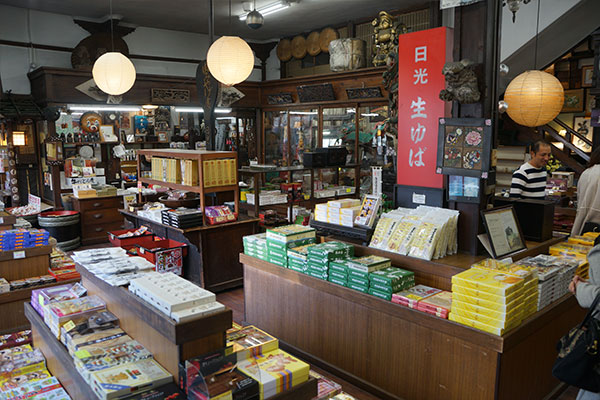 After encountering so many Nikko-bori throughout my trip, I decide to try my hand at carving my own at Murakami Toyohachi Shoten carrying countless masterpieces. The results I’m afraid, are quite disappointing. 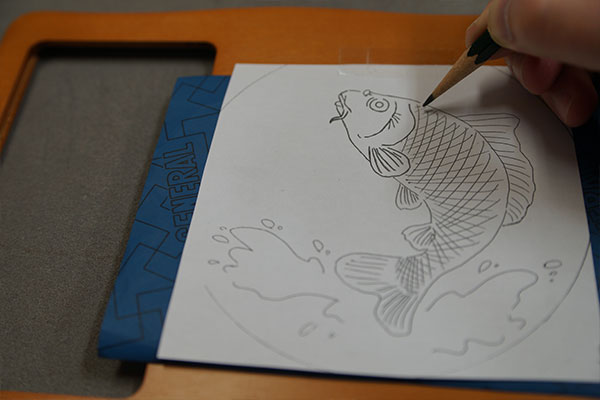 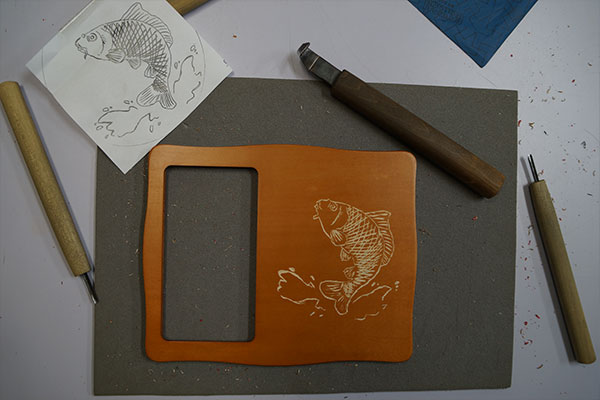 I declare my try a failed attempt and instead settle on simply admiring the amazing creations of Nikko artisans displayed in the shop, painstakingly carved mostly from cedar, into beautiful plates, drawers, jewelry boxes, mirrors and more. 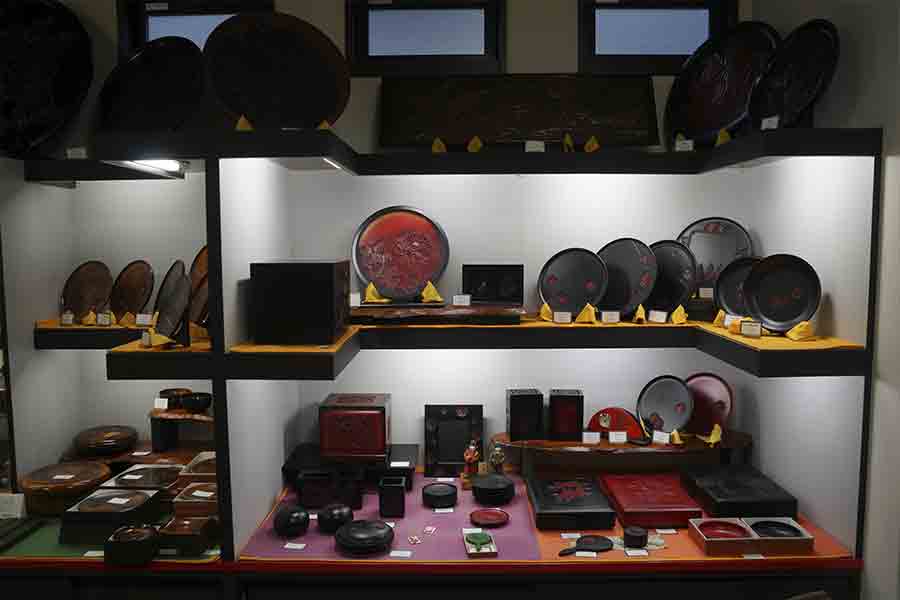 After spending the night at the Kanaya Hotel and strolling the streets of Nikko, I realized the histories of the hotel and the city are inseparably intertwined. Both the city and the hotel seem to desperately try to bring you back to a bygone era of a unique kind of refinement that was born from a clash of cultures. 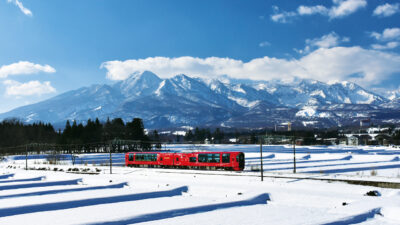 10 Amazing ski resorts you can visit from Tokyo 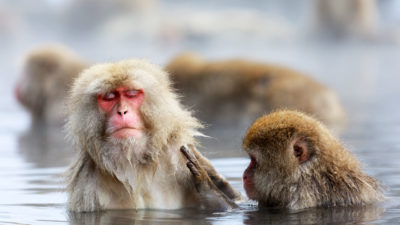 10 Ways to Enjoy a Japanese Winter