Disneyland has something that hits you hard on nostalgia – at least that’s what I had in mind. ‘Twas my first time to explore a Disneyland Theme Park; and while this journey was for the new “Soaring,” and “Song of Mirage” attractions, the towering entry arch I saw upon Chiba’s profile signaled a welcoming gesture – of elated emotions and fluttering spirits.

An Acrophobic Would Even Enjoy (i.e., Me!): Aboard the Dream Flyer 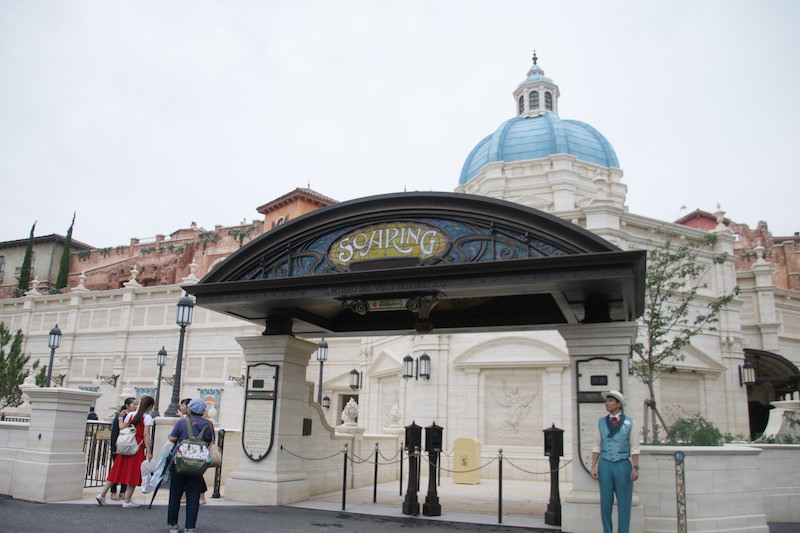 “A connoisseur on aviation from an early age, Camellia Falco was the first to traverse across the vast skies. The aviator delved into flying contraptions from predecessors such as hot air balloons – she and her companions then developed the Dream Flyer.”

Fret not as these of course would not be the unpleasant ones (certainly not Rafflesias!) but of those other flora and fauna. Your journey begins by wandering around the museum (of fantastic flight) dedicated to the renowned aviator, Camellia Falco. Vintage paintings, manuscripts, plans, and memorabilia are exhibited in commemoration to our efforts of touring around the world through flight. Whilst the museum has an antique-like feel to it, the paintings, narratives, and stories that surround the place though has a magical flair to it – I dare not spoil this magical experience, though! 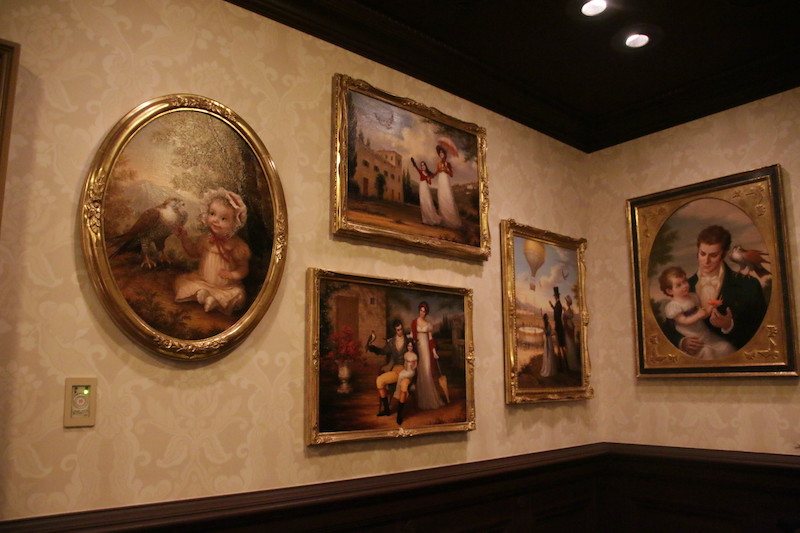 “Soon we then realized her dreams – a flight capable of soaring into the future, and, thus, tour us in places we wish to go.” 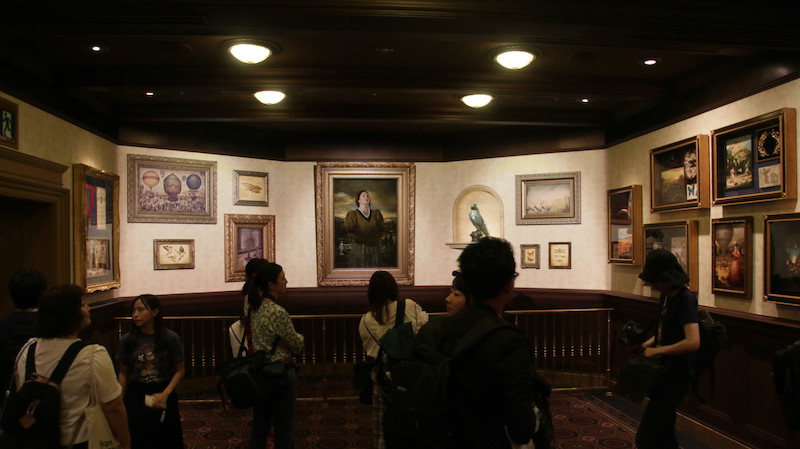 The main attraction allowed us to ride the “Dream Flyer;” the sensations you feel while gliding through an open mini-plane would best describe the experience. The journey made us gasp and feel the gust of adrenaline, while the sudden ups-and-downs through renowned wonders of the world, ragged and breezy landscapes, vast oceans, and the gusty savannahs lifts your feet off the ground (both figuratively and literally!). Whilst buckled up, the 4d experience felt real enough that you may find yourself, per se, firmly gripping to those hand rails beside you. 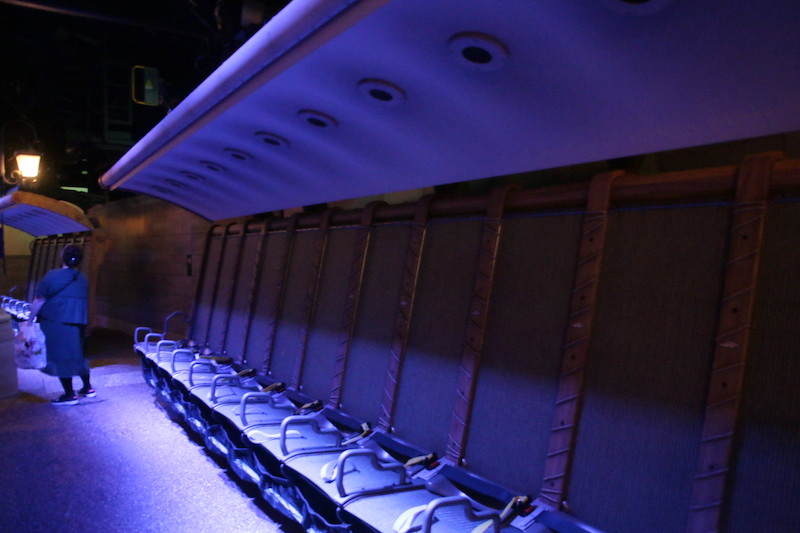 “Camellia was the first female member of the Society of Explorers and Adventurers (S.E.A.); Across the museum are other famed scholars such as Leonardo da Vinci, Christopher Columbus and Ferdinand Magellan” 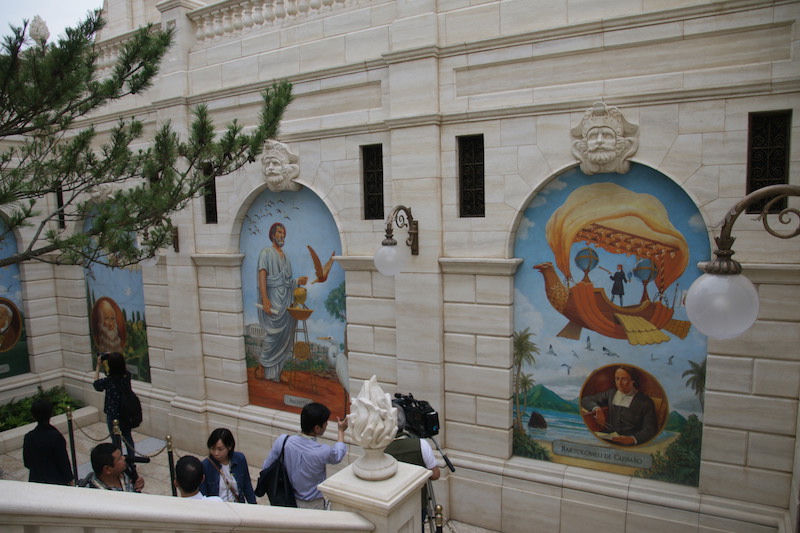 The finale scene was not too far from the main site. As you alight off the Camellia’s Dream Flyer, how one would wish you have availed of the FastPass. A second time riding this is equally enjoyable and exciting as the first one (of which we were luckily be able to do so!)

Trotting Towards the Old Aircraft Hangar!~ 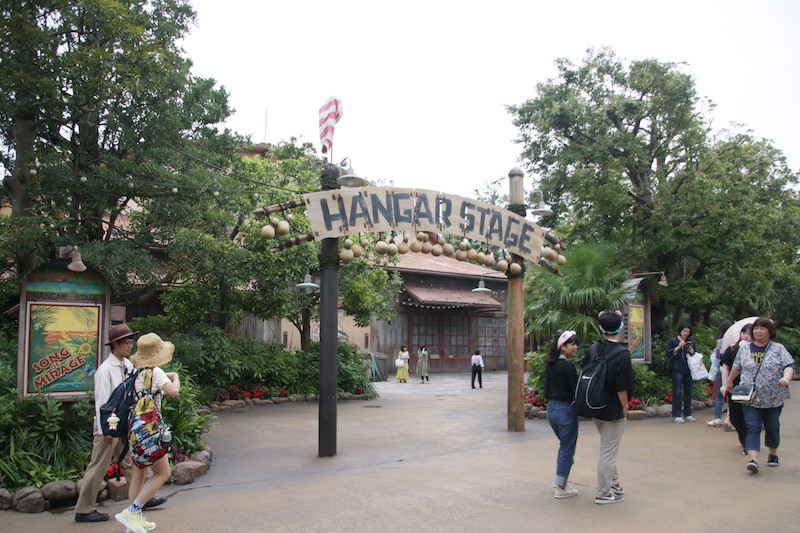 With the blare of trumpets and brass instruments and thundering snares bouncing of the wooden walls of the hangar, each performance is accompanied by the live band and is worth of applauses and ovations. 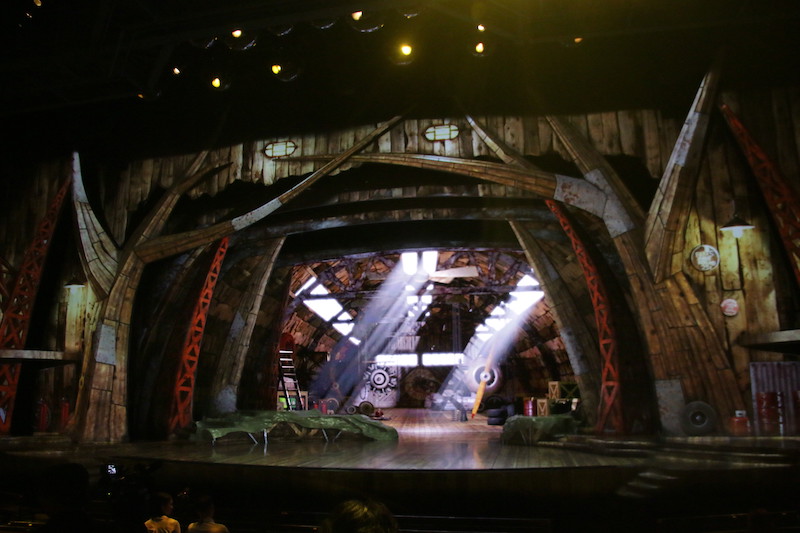 Moreover, the performances are synchronized along with a background that uses projection mapping. The stage show is set apart from the traditional musical; several layers and platforms add a dynamic and an immersive feeling to our Disney friends’ adventure to the legendary city.

The stage show, Song of Mirage, mashes up traditional stage musicals, theater skits, cartoon relief, and projection mapping. Different layers of visually projection background and a 3d, multi-layered setting adds anticipation from the usual ‘static’ background kind of traditional performances. The usual quartet – Mickey, Minnie, Donald, and Goofy embark on a journey to the lost land of Rio Dorado. With the Hangar as the prelude to their story, the four discover a mysterious staff that lead them to several adventures. The ornaments governing each set such as plants, ores, minerals, crystals, gracefully performed by the dancers. 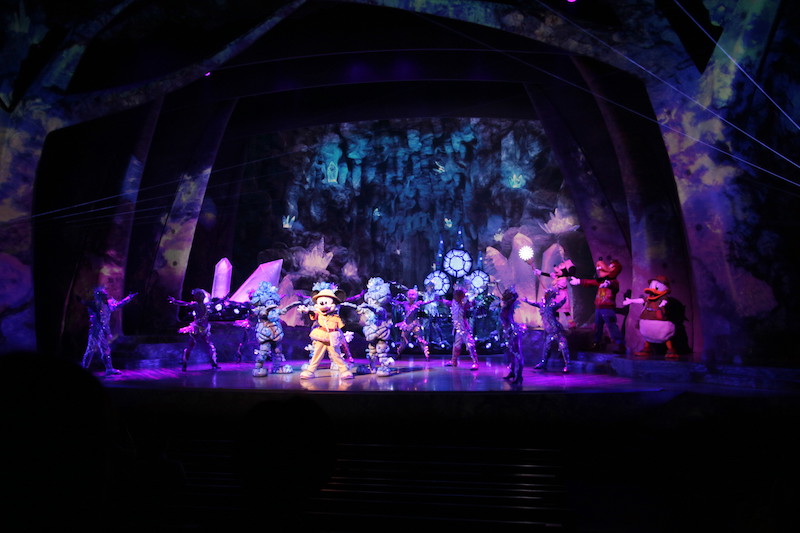 The vast magical settings – a sanctuary teeming with flora, a cavern with gleaming crystals, and a hidden grotto of ancient ruins – unfolds before our four Disney pals and tread through fulfill their wishes which eventually carries them into the Golden River (i.e., the Rio Dorado). Likewise the midst of this summer heat, the finale would surely add to one’s ardor to the Disney’s Magic; equally amazing are the musicians, dancers, the main diva, and the four Disney friends during the celebration! The performance was mesmerizing as all were in one great package – the lovely performers left me captivated – a hop, skip, and a jump for one’s soul! 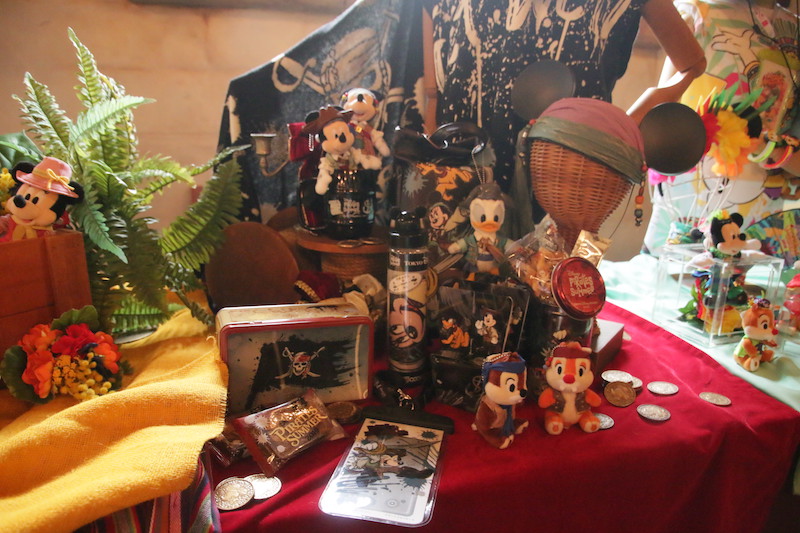 After the exalting experiences we had at the new attractions (Soaring and Song of Mirage), we were able to indulge ourselves to pizzas, pastas, and pineapple-filled churros! The new menu includes a new themed set under the “Fantastic Flight” (a.k.a. Soaring) series. Its trademark cyan – ciel, and, turquoise tints adds fascination to both adults and kids alike. Though others may find such feat as gimmicky, these treats add a new kind of taste to our bud palates! 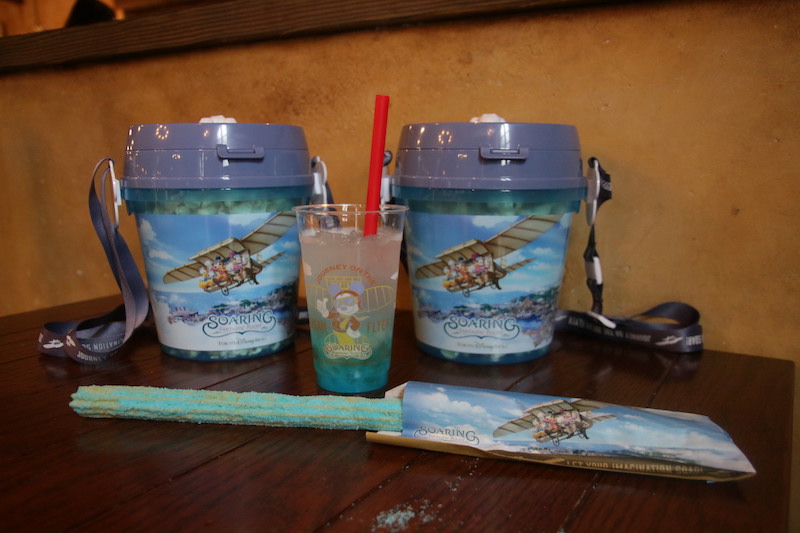 Fantastic Flight Churros – a subtle twist between sweetness, sourness, and saltiness. The dough has a roast and buttery taste (as that of potatoes!) The outer semi-light crust is sprinkled with a turquoise-colored confectionary sugar and pearl sugar. A befitting desert for this sultry season! 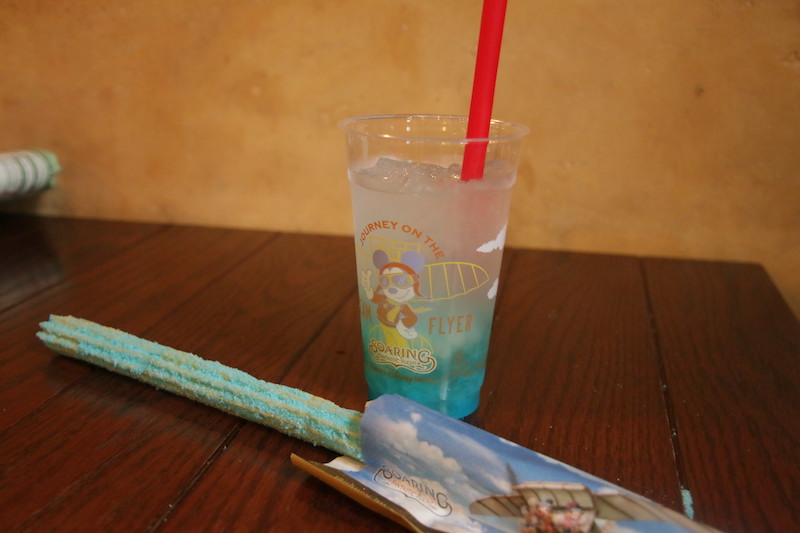 Fantastic Flight Drink (with Lychee-flavored Tapioca) – a refreshing spin-off to the well-liked tapioca drink! This refreshment has a fruity-taste and is sure to soothe your languid feel from the summer heat; the lychee punch adds to its tropical flavor! Surely a drink you would be opting for after several rounds across the theme park. 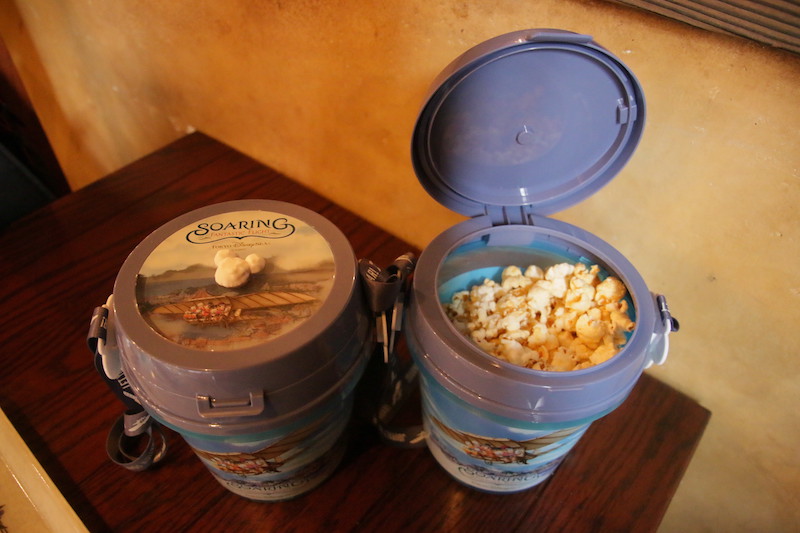 Fantastic Flight Popcorn Bucket – adding to the traditional lightly-salted and rich buttery flavor to Disney’s popcorn is its convenient all-around bucket we were able to bring around the whole theme park. Also serves as a perfect souvenir or a to-keep spectacle – it features a spinning Dream-Flyer on its lid plus has the clickety-clack sound of a traditional airplane gears! 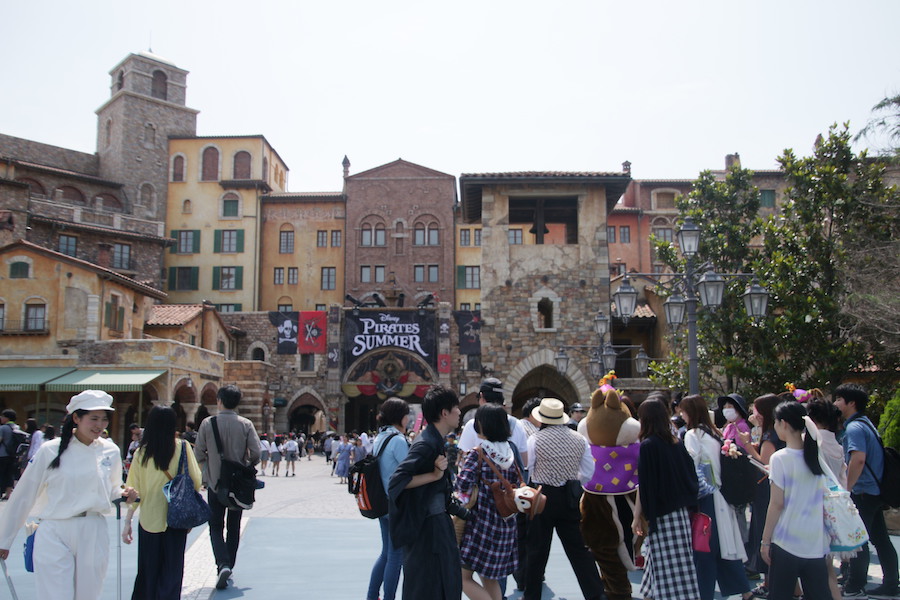 The added side quest – among is its Summer Pirates, a tribute to Disney’s Pirates of the Caribbean franchise, situated in the Mediterranean Harbor. I was immersed in the ship battle between Captain Barbossa and Jack Sparrow – the explosions, torrents, and sirens definitely stirred me up as well as the supportive crowd! It wasn’t till I arrived here that I realized that spare clothes are needed as the gushes between water cannons rain amidst the Disney-goers! The misty feeling of the drizzling torrents through the air is perfect to beat off the summer heat!

Capping the day off for the pre-release experience leaves you with a buoyant feeling – an excitement resembling that of our reminiscent childhood days. While these two attractions adds thrill to the whole theme park, here and there are summer-themed attractions that surely made me feel that this season was truly about high spirits, and exalted emotions. The distant feeling I felt during my childhood days suddenly hit me at the end of the day – watching those Disney VHS tapes my aunt once shared with me. The once frightening Donald Duck I saw on these memorabilias were no stranger to me; a far-off impression that made me realize that I, too, longed for that Disney Magic. 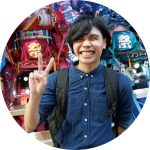