The exhibition is open until June 19th. 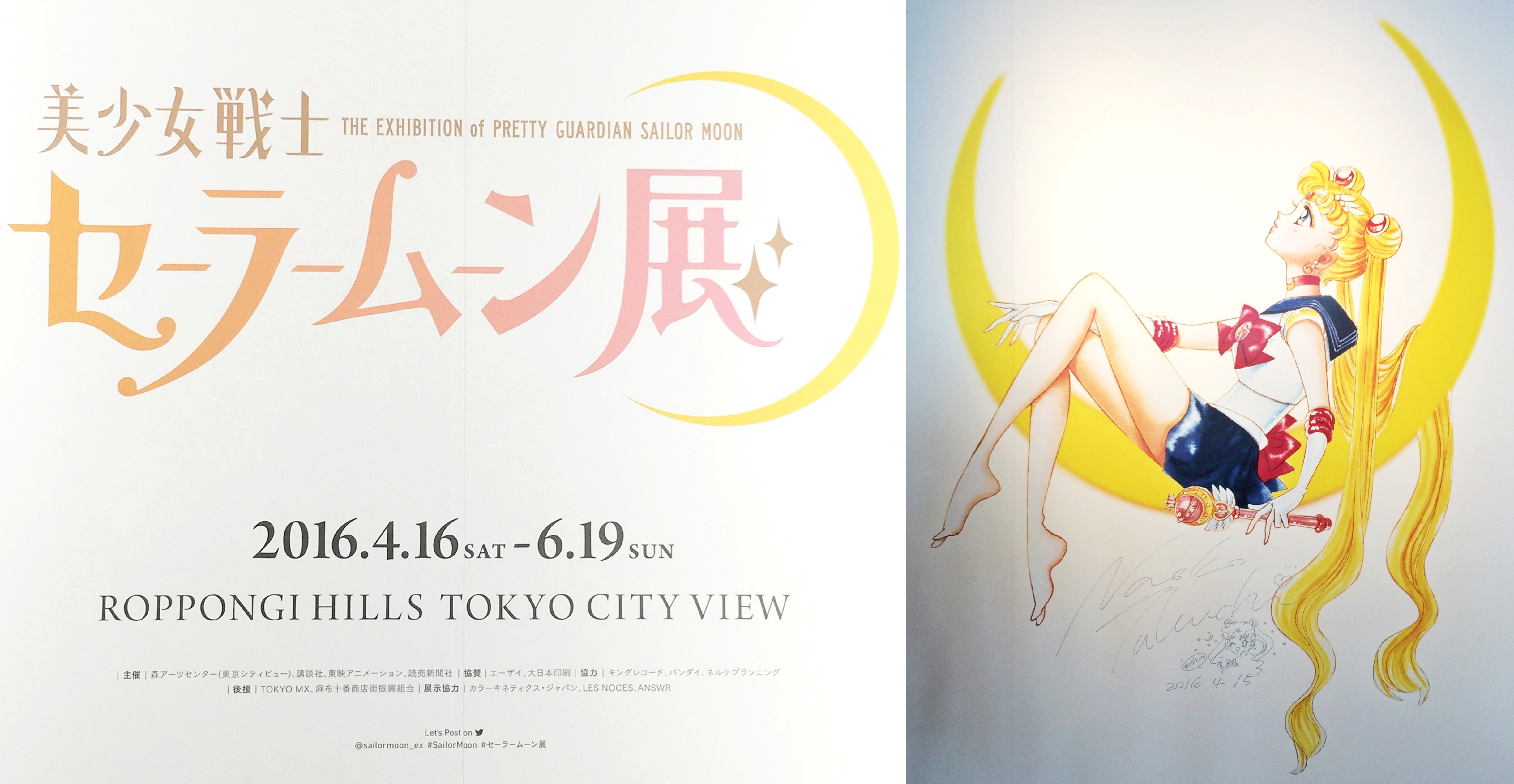 This popular Manga series which got first published in 1992 and was written and illustrated by Naoko Takeuchi, gained worldwide success due to what was then considered a fresh new story, and acted as the forerunner for the now ubiquitous mahoshojo (magical girl) stories. The whole series sold more than 35 million copies worldwide and stands as one of the most influential manga titles, raising the popularity of Japanese animation in Western culture.

“Pretty Guardian Sailor Moon” features the adventures of a middle school girl, Usagi Tsukino. She transforms into Sailor Moon and has to find a princess, and an artifact called “Legendary Silver Crystal.” Usagi becomes the leader of the Sailor Guardians, which is a group of girls around her age, fighting against villains who are trying to destroy the solar system and want to steal the Silver Crystal.

The manga has been adapted into an anime series, consisting of several seasons. For the 20th anniversary of Sailor Moon, a new anime series, “Sailor Moon Crystal” premiered on July 5th 2014.

WAttention staff checked out the exhibition last Saturday, and was totally impressed by this accurate and carefully made event. Even if you are not a fan of this manga series, you will probably feel nostalgic for the 1990´s!

The entrance area is designed to look like the Moon Castle of the lunar royal family.
The window area is covered with huge wallpapers featuring the Sailor Guardians in the latest artwork design. In front of that, a photo spot is set up to take a picture with the five Guardians, which you can purchase for 1,300 yen.

Around the photo spot, there were magazines, video games, action figures, pens, plush toys, and a lot more merchandise on display to get you into the right mood. We already could hear all the joyful laughter and stories of the visitors reminiscing about some of the merchandise that they owned as a child. 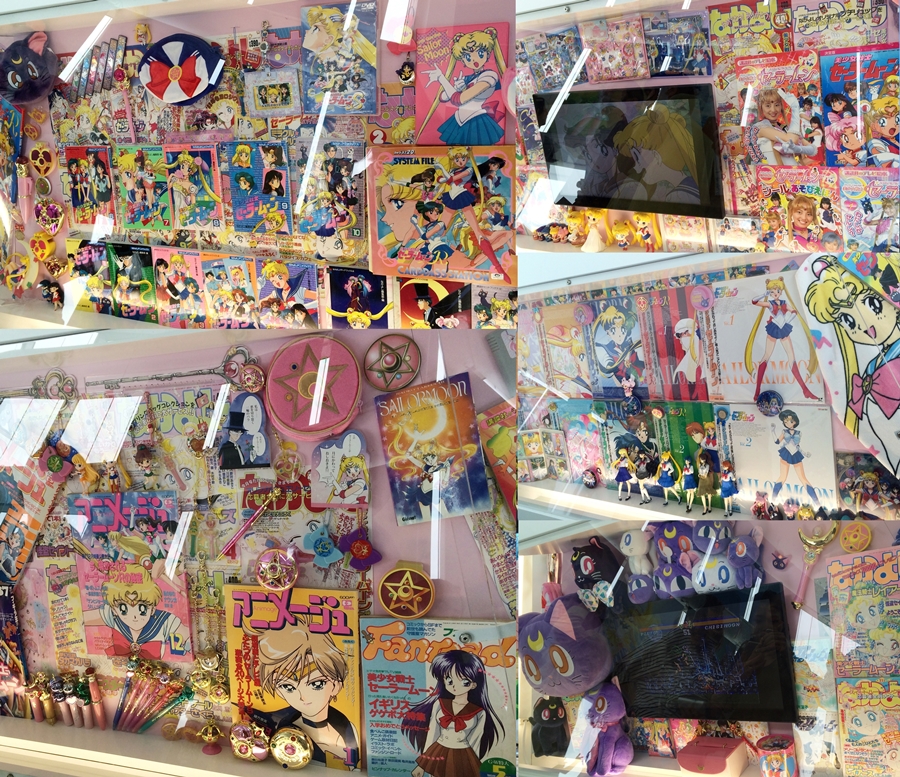 On the way to the next room, you will pass a wall demonstrating the chronological order of all the seasons of the Anime series, featuring the different characters and their relationships, as well as the various stories. Walking through the next room which shows a short movie out of Manga pages, you will enter a new spot decorated with huge colored Manga pages to understand the beginning of the story, as well as cover pages of the magazine “Nakayoshi” from 1992, in which Sailor Moon was published.

The next section of the exhibition features rare merchandise items from the 1990´s, such as the transformation items of Sailor Moon, figures and dolls, sweets, a bicycle, a game console, cosplay outfits, card games, and much more.

The following room features the original artworks of the cover pages of “Nakayoshi” and the Manga books. It is amazing how you can see which material, colors, and technique was used. 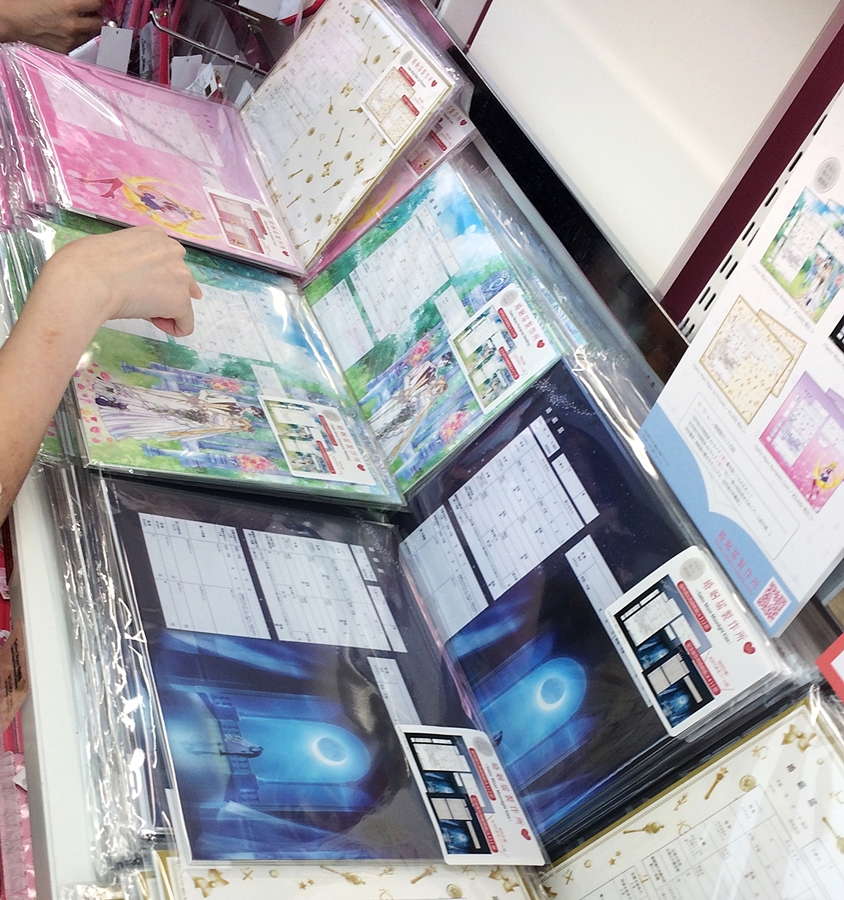 For souvenirs you can visit the merchandise shop which sells limited items. The highlight between all those goods is a marriage certificate which comes in four different designs. We spotted some couples choosing their favorite layout. Even Japanese people were surprised about this item, and girls bought it “just in case” for their future plans.

After our visit at the exhibition we decided to have lunch at the “Chibiusa Café,” which is located on the same floor. Since it was a Saturday we had to wait in line for 2 hours to get a seat. Thanks to the food samples located near the entrance of the café, we could imagine how the real dish will look like. 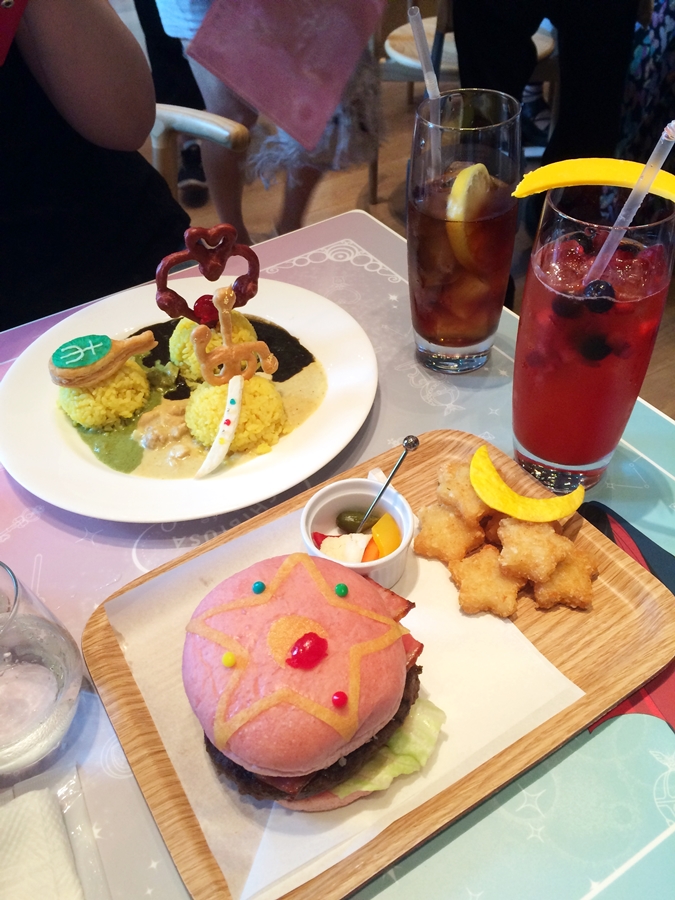 The recommended beverage called “Beauty Boost Juice x Chocola BB of the 5 Sailor Guardians.” It is a mix of juice, or ginger ale and the popular Chocola BB drink, which is meant to be good for your skin. The different colors of the drinks represent the colors of the Sailor Guardians. We tried the drink of Sailor Mars, mixed with grapefruit juice (850 yen including tax).

The food was very delicious and when you are lucky you will even get a window seat to enjoy the amazing view of Tokyo as well!
In conclusion it was a great exhibition. We recommend going there, even if you are not a fan of this series. The artwork is beautiful and it takes you on a time-travel back to the 1990’s. 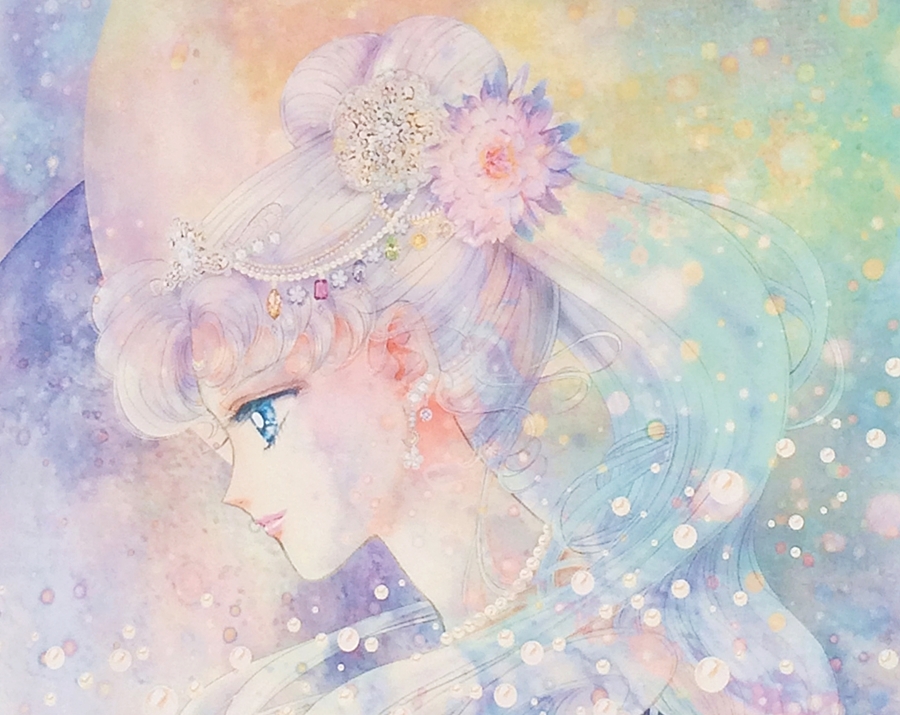 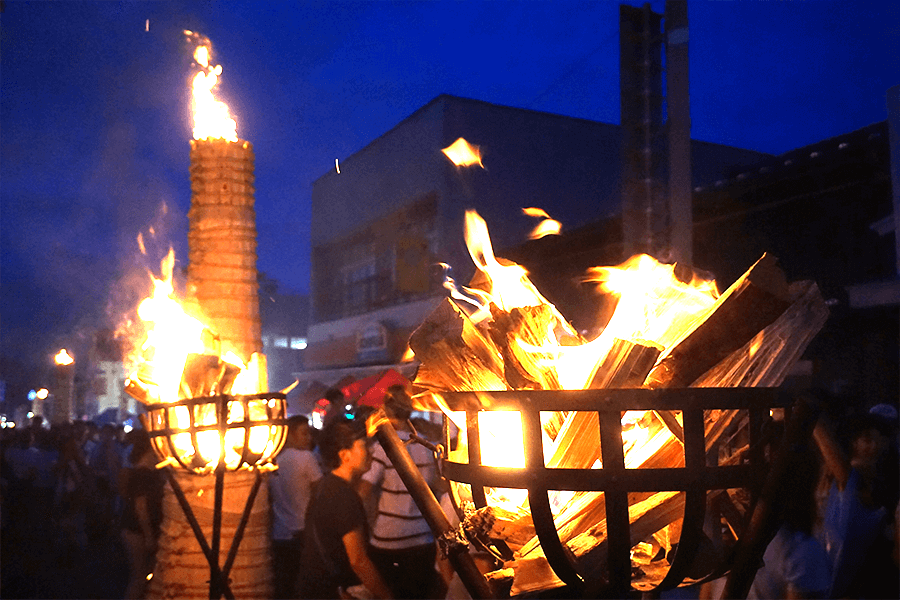 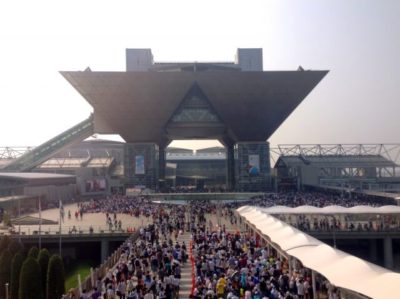