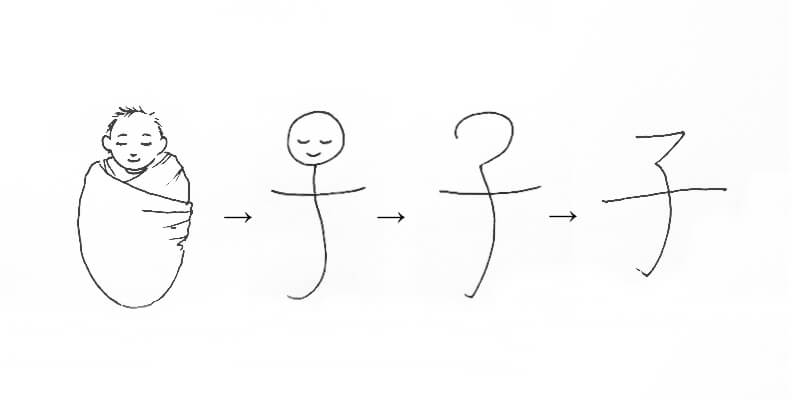 Socrates said, “The more I learn, the more I learn how little I know”. This is how I feel when it comes to learning Kanji. Though I’m Japanese and have been using Kanji for the past few decades, every now and then I make new discoveries and fascinating finds in the world of Kanji.

Just like Egyptian hieroglyphics, many basic Kanji comes from the shapes of actual objects. When you see them, you can kind of guess what they mean. For example, this is the Kanji for children: “子” (By the way, this Kanji also represents something small or a cute)

You can separate this Kanji into two parts.
The first part is “一”, which means first, beginning, or number one.
The other is “了”, which means the end.

So the Kanji for child represents a beginning as well as an end. Children often remind us of how life begins, and at the same time how short life can be and that someday we all have to face our end.

“子” is also the Kanji for the year of rat in the twelve zodiac symbols. Interestingly enough, the year of rat marks the beginning of the circle. Some might agree that rats are small or even cute. Walt Disney knew the positive feelings regarding rats and mice when he came up with Mickey Mouse. Many years later, Disney is still going strong with the kids in Japan. Perhaps there is some kanji magic there.

Ok, here are some Kanji quizzes for you. Can you guess what these mean? 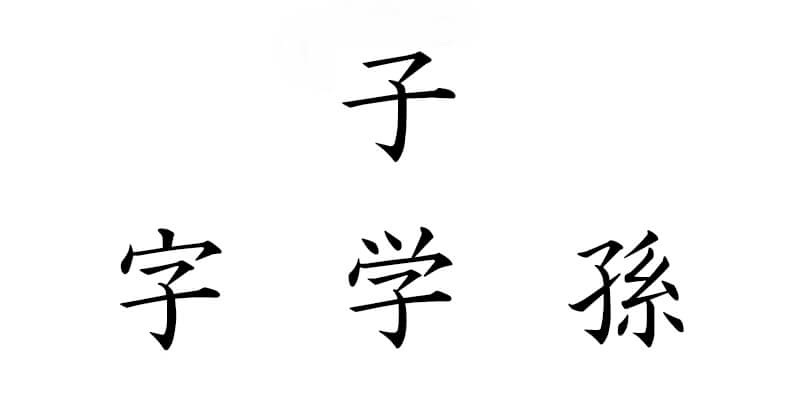 1. 字
子 is underneath a roof. A new child is born and he needs a name. What do you use to write his name?

2. 学
It looks like 子 is wearing a crown. What would a kid have to do to be King of Knowledge?

3. 孫
There is 子 on the left side and 系 (lineage, connected thread) on the other. In your family’s lineage, your child is related to many people in different ways. The answer lies in one of these relationships.

There are around 2000 kanji for general use in Japan. Some are basic and simple, others are so complicated that they would make you dizzy. Of course, every now and then I would encounter an unfamiliar Kanji and have to look it up in a dictionary. It is quite a challenge and takes a long time to learn all the Kanji, but personally, I think they are very beautiful and interesting.