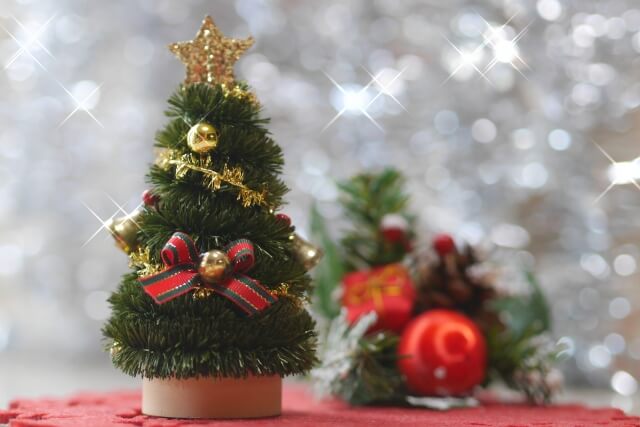 If you’re in Japan during the Christmas season you might be wondering why Christmas decorations are so prevalent. After all, only about 2% of the Japanese population is Christian and as good as all the holy places are Shinto shrines and Buddhist temples.

What you will probably see during Christmas in Japan

People standing in long lines at department stores, cake shops and KFC stores waiting to buy their goods they ordered at least five days before while couples are heading to expensive restaurants on an illuminated street with a Christmas tree.

To see why the celebration of Christmas in Japan is so unique, it is necessary to know its history in the land of the rising sun.

First a bit of background history:

Christianity (and foreigners in general) used to be banned

That’s right. The first Christmas mass was held in 1552 in Yamaguchi prefecture by Portuguese missionaries and involved extensive bible readings. When more and more missionaries started to get involved with political affairs in Japan, the lords started to get worried. In order to get rid of this foreign influence as soon as possible, they banned Christianity and all who practiced it in 1614. Christians were prosecuted and forced into hiding. You can still find remnants of these hidden communities in Japan. Not only Christians, but all foreigners were denied entry to Japan under its “closed country” policy. The hidden Christians, cut off from all foreign and traditional Christian influence, had to do everything on their own, sometimes camouflaging the symbols and iconography of their faith in plain sight with Christian statues resembling Buddha and statues of Virgin Mary resembling the goddess Kannon. Because of their secretive nature many rituals were never discovered, including their rituals concerning Christmas.

Japan was open for Christmas business

Japan was still very chaotic when they opened up the country and entered a new era in 1854, so Christmas wasn’t immediately noticed. However, more and more foreigners came to Japan for business or pleasure. Some of them settled and started doing Christmas parties on their own. The record of the first Christmas tree in Japan was decorated in 1860 by the Earl of Eulenburg from Prussia (before it became Germany) and was set up in the embassy where he was stationed. There is also record of Katsu Kaishu, a prominent Japanese statesman and naval engineer and his family attending a Christmas party at the house of an American family in 1875.

After centuries of isolation, many Japanese were eager to find out more about these foreign cultures, embracing the progress and applying it to Japanese society. Very soon, the celebration Christmas started to bloom wherever there was a concentration of foreigners, leading to the public Christmas tree being set up in Ginza in 1900 by Meiji-ya. This lit the fire of the so-called Christmas “sales battle” between department stores, hotels and other luxury businesses in Japan. 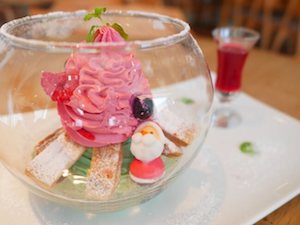 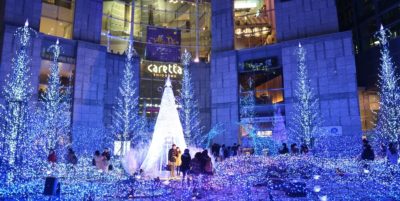 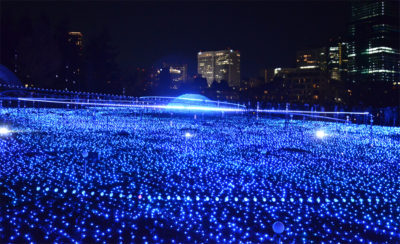