Tanagokoro, heart of the hand, is an ancient Japanese word for the palm.

It seems perfect for introducing Japanese-style sweets, or wagashi, which have always been crafted by hand with heart, from their simple sweet taste to their intricate designs. Long ago, Japan even had a special day, Kashou, prominently featuring these delicacies.

Kashou was celebrated on 16 June by preparing 16 wagashi sweets or mochi (rice cake) and then offering them to the gods along with prayers for health. After that, petitioners ate the treats. Legend has it that the custom began in the first year of Kashou (848), when the emperor accompanied his own mubyo-sokusai prayers with gifts of confectionery.

By the Edo era (1603–1868), Kashou had become a special occasion for samurai, with the shogun giving out wagashi to his vassals. The custom eventually spread to the common folk, but in a more enigmatic form. People would buy 16 pieces of mochi for 16 mon, an old form of Japanese currency, and then enjoy eating them in silence.

Kashou sweets. Mothers help themselves to leftovers on children’s plates.
By Kobayashi Issa

Dividing up 16 wagashi among a family would most likely mean several for each member. This haiku evokes delightful images of a mother with a sweet tooth finishing up her own portion and making a move for a child’s, softly murmuring, “Oh my, how could anyone expect you to eat all that by yourself?”

Japanese-style treats are often made with sweet adzuki bean paste. The red color of the beans was believed to have protective powers. We can see from this the great expectations people had for each delicious morsel.

When Kashou first began, June in kyureki was closer to the present-day July when the weather was hot and humid. We can assume that each Kashou wagashi was accompanied by a prayer for health to get through the heat of summer.

A poet born in 1970, Shirai lives in Okinawa and is an adjunct professor at Okinawa Prefectural University of Arts. His first published work was Kokoro wo nuu (Sewing the heart) in 2004 (Shigakusha). In 2012, Nihon no shichijuniko wo tanoshimu—kyureki no aru kurashi (Enjoying the seventy-two seasons of Japan: living according to the ancient calendar) was released by Toho Publishing. The book became a bestseller and ignited popular interest in the old solilunar calendar. He received the 25th Yutaka Maruyama Memorial Award for Modern Poetry for Ikiyou to ikiru ho e (Moving in the direction of life, Shichyosya 2016). Two books are being published in 2020. Utagoe ha okurimono—kodomo to utau natsu haru aki fuyu (A singing voice is a gift: singing the four seasons together with children, Fukuinkan) and a new and expanded version of Nihon no shichijuniko wo tanoshimu—kyureki no aru kurashi (Kadokawa).
WEB：mumeisyousetu.com/tobira/index.html (Japanese)

Tae Toma is a photographer in the field of publications, such as magazines and books. She takes photos of landscapes and performing arts based in Okinawa. Her publications are Kyureki to kurasu Okinawa (Living with the ancient calendar in Okinawa), a joint publication with Akehiro Shirai published by Kodansha, Tamagawa, a photo collection, and more. Her photographs are currently available in the serial story Nijushisekki kotonoha note (Leaves of word for the twenty-four seasons) in the web magazine Tennen Seikatsu.
WEB: tomatae.com/index.html

The state of being in perfect health and good spirits, free of any illness. Mubyo means “free of illness.” Sokusai is a Buddhist word that means being spared from illness and disaster thanks to the power of Buddha. In other words, this four-character compound means to be healthy and in good spirits, free from misfortune.
Read more about “four-character compound words” 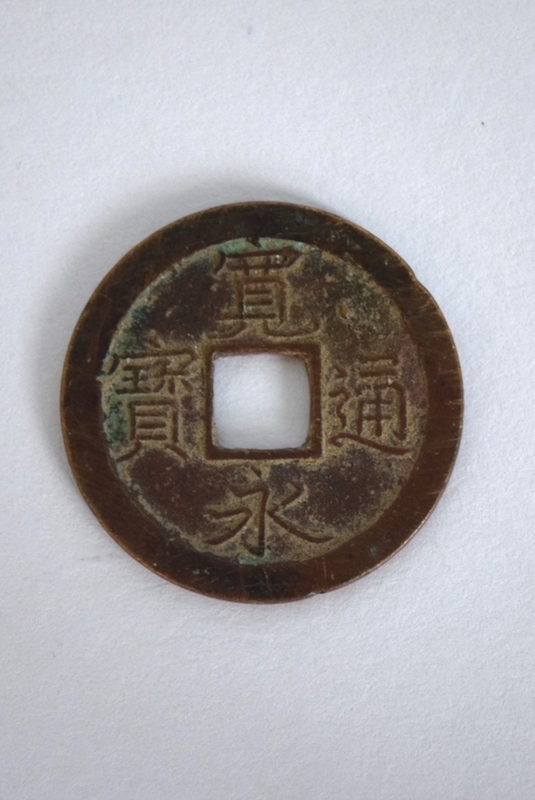 A small coin that is said to have been first minted in 708 as a Wado Kaichin form of currency. In 1636, when Kanei Tsuho coins were introduced as a part of the tri-metallic monetary system of the Edo period (1603–1868), the official value of a gold ryo coin was 50 silver monme or 4000 mon, made mainly of copper. Although it is difficult to say what one mon would be worth today, the cost of about 150 kg of rice was 1 ryo in the Edo period. Today 5 kg of rice is valued at 2,416JPY (from May 2020 statistics of the Ministry of Internal Affairs and Communications). Based on this, the value of one mon can be calculated as 18 JPY. 16 mon would be about 290 JPY today.

A haiku poet of the Edo period who lived from 1763–1827. Issa was born to a farming family in Shinano Kashiwabara, what is now the northern part of Nagano prefecture. He was given the name Nobuyuki at birth, but had the childhood name of Yataro. Issa was his haiku name. At the age of 15, he left home to make a living in Edo. After turning 20, he began to write haiku. He wandered the country, writing verses all the while, and returned to his home in Nagano in 1813. His haiku was unique in that he used dialects and common language that everyone could understand. Based perhaps on his own unfortunate circumstances, Issa’s poetry showed hostility to those in power and sympathy for the weak. Some of his books were Chichi no shuen nikki (Diary of the end of my father’s life), Shichiban nikki (Seventh diary), and Ora ga haru (Spring of my life). He wrote more than 20,000 haiku in all.

Kyureki, the ancient calendar, was a combination of a solar and lunar system known as a lunisolar calendar. It was used until 1872 when the Calendar Reform Edict was issued. The traditional calendar described the lives of Japanese from ancient days. Months and days were prescribed according to the phases of the moon (the first day of each month was the day of the new moon). (Excerpt from Nihon no shichijuniko wo tanoshimu—kyureki no aru kurashi by Akihiro Shirai / Toho Publishing)