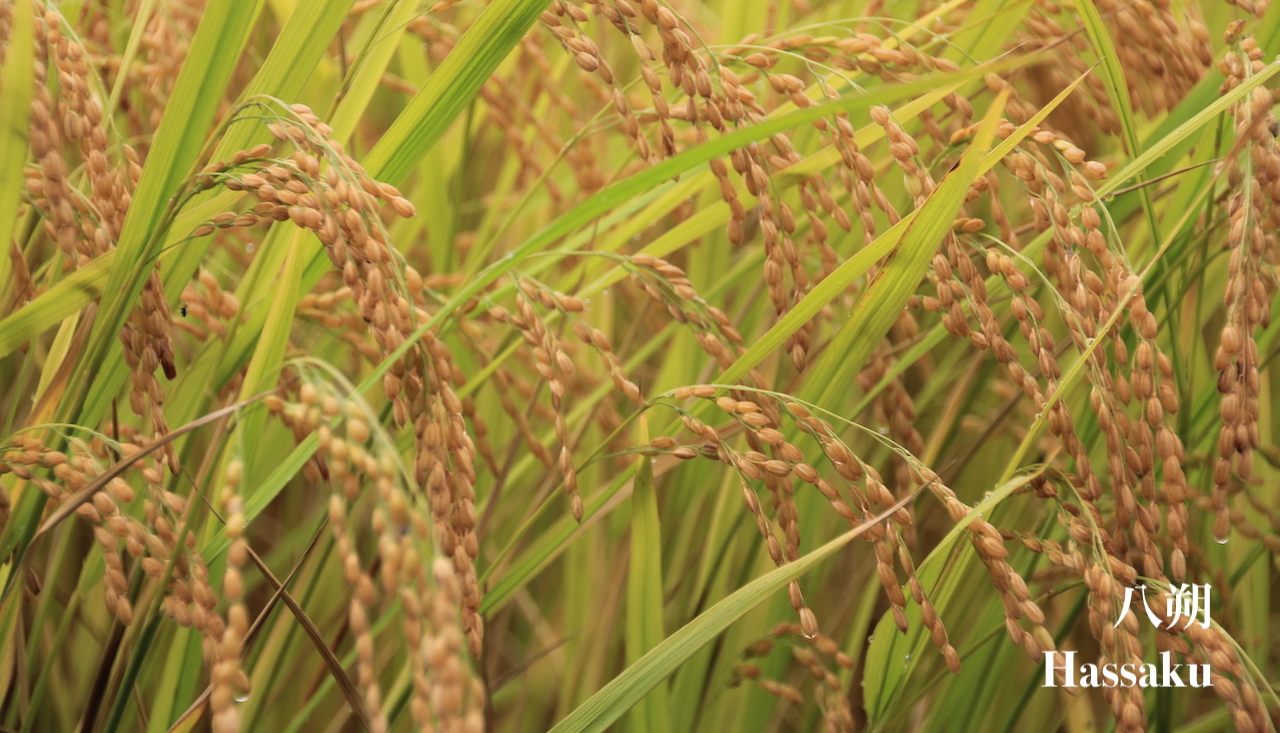 Japan is home to many colorful festivals named Hassaku, literally “1 August”, but the first ones were solemn harvest rites1 where farmers presented their first ripe stalks of rice, accompanied with thanks and prayers, to their local gods. From the Muromachi period (1336-1573), there are records of a much more elaborate custom in which the local lords (daimyo) and Buddhist temples presented swords, horses and other treasures to the Kamakura Kubo (deputy shogun for the Kamakura regional government).

Later, in 1590, Tokugawa Ieyasu3 chose this auspicious date to make his triumphant entry into Edo Castle, beginning his development of an outback town with a deteriorating fortress into what eventually became the city of Tokyo. With Ieyasu leading the country, Hassaku became an important date on the Edo era (1603–1868) calendar, second only to the New Year.

It was not long before Hassaku also became a special day in the Yoshiwara red-light district of Edo. Ladies of the evening appeared in white kimono on what was usually one of the last hot days of summer. The idea was to show customers a scene that evoked images of fallen snow and help them feel a little cooler.

Modern-day Hassaku celebrations include the Uma-dashi (horse) parade in Tomonoura, Hiroshima Prefecture, with children dressed in yukata4 riding on floats with large carved wooden horses. Drums are beat and flutes played as the floats weave their way through a town that remains much as it was in the Edo era. In the Gion district of Kyoto, geisha and maiko (geisha apprentices) call on the tea shops where they perform and entertain their customers throughout the year, to thank the proprietors for their support. Despite the summer heat, the women are formally groomed and dressed.

With such a colorful tradition, you might think everyone in Japan would be familiar with Hassaku. The truth, however, is that to most Japanese, it is only known as the name of a large, tangy citrus fruit5 that comes into season right about the beginning of September.

Deborah Iwabuchi , a US-born Japanese-English translator based in Gunma, Japan, runs Minamimuki Translations (minamimuki.com) and teaches at Gunma Prefectural Women’s University. She works in many different fields, has translated dozens of books by Japanese writers—prominent and otherwise—and co-authored books in Japanese on learning English.

August on the lunar calendar was about a month later than the modern calendar, putting it at the beginning of September, closer to what is generally considered harvest time.

Station Thirty-Eight: Fujikawa, Scene at the Border, from the Fifty-Three Stations of the Tokaido: Officials from Fujikawa bow and welcome a procession representing the Tokugawa government. They traveled from Edo to Kyoto annually to deliver gifts of horses to the emperor on the first day of the eighth month.

Ieyasu was one of the great unifiers of Japan, bringing the country together for the first time in its long history. He was also the founder of the Tokugawa shogunate, which he and a long line of his descendants maintained control of, ruling Japan for almost three centuries (1600–1868). Ieyasu first served as a daimyo under Toyotomi Hideyoshi, but eventually moved his forces away from Osaka, the base of Toyotomi power, to the eastern provinces. Ieyasu settled in the fishing village of Edo, renovated its aging castle, and eventually developed the economic infrastructure of the entire region. He took over as shogun following Toyotomi’s death, moving the country’s power center to Edo, which eventually became Tokyo. 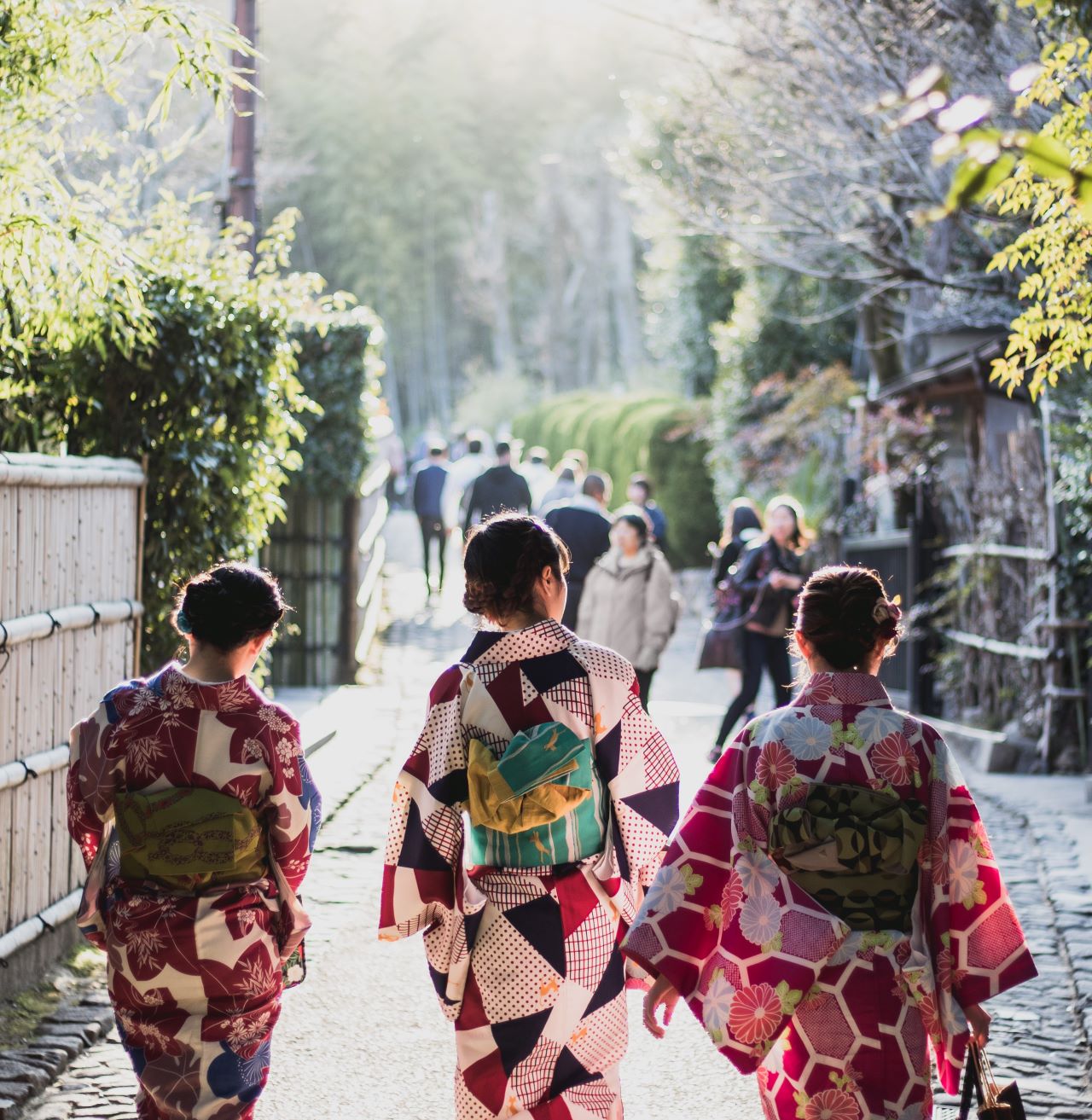 Yukata are cotton kimono. The characters for the name mean “bathing clothes.” Traditionally, yukata have been used as pajamas, hence the name may have originally referred to how they were worn—after bathing in the evening. While a silk kimono requires multiple layers of robes, a range of accessories and a very tight and flamboyant obi belt, yukata are a single layer, much lighter in weight and kept in place with a more casual obi. Yukata are much more comfortable than kimono in the summer heat. Even today—as fewer and fewer people wear kimono—even the most modern of youth look forward to dressing up in comfortable and attractive yukata for summer festivals. 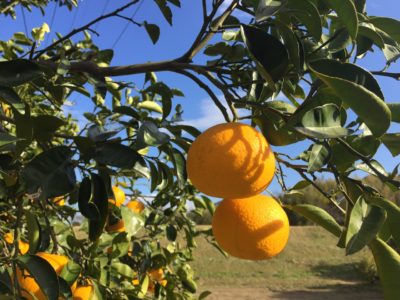 There are seemingly countless varieties of citrus fruit available in Japan, with different varieties coming into season throughout most of the year. Hassaku have a thick orange skin as well as a tough membrane. Removing both to eat the grapefruit-sized fruit can be laborious, but fans consider the sweet tangy flavor to be well worth the trouble.