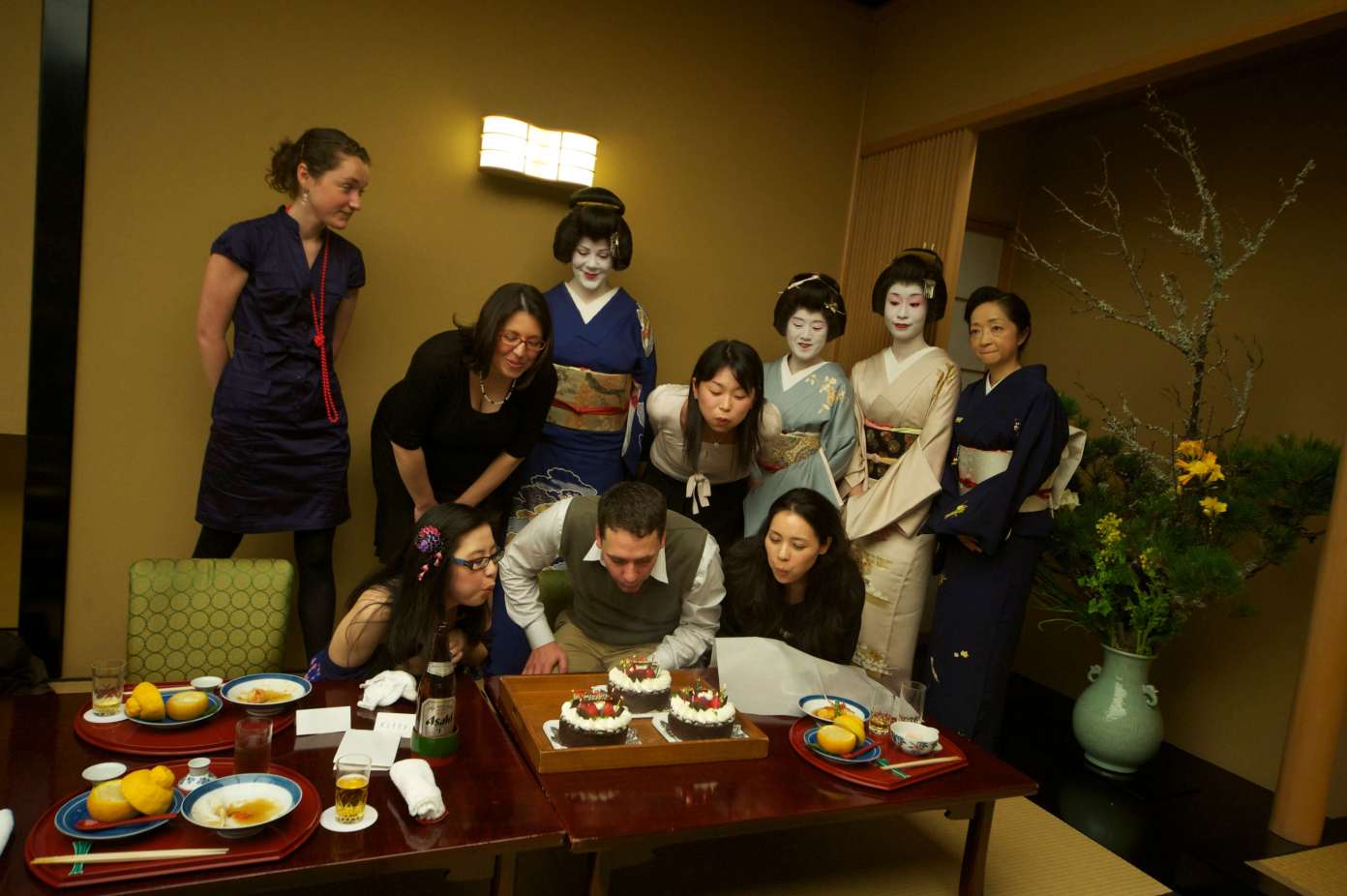 There are all kinds of misconceptions about what a traditional geisha is and what geisha do. In short, geisha are traditional entertainers. “Gei” means “art” in Japanese, so the title literally means “person of art”. Much like opera singers or ballet dancers, geisha also perform on the big stage. Usually each district has a large performance once a year. These events are big productions featuring different music and dance each time. Actually, they are coordinated with the help of all the music and dance teachers that teach the geisha. 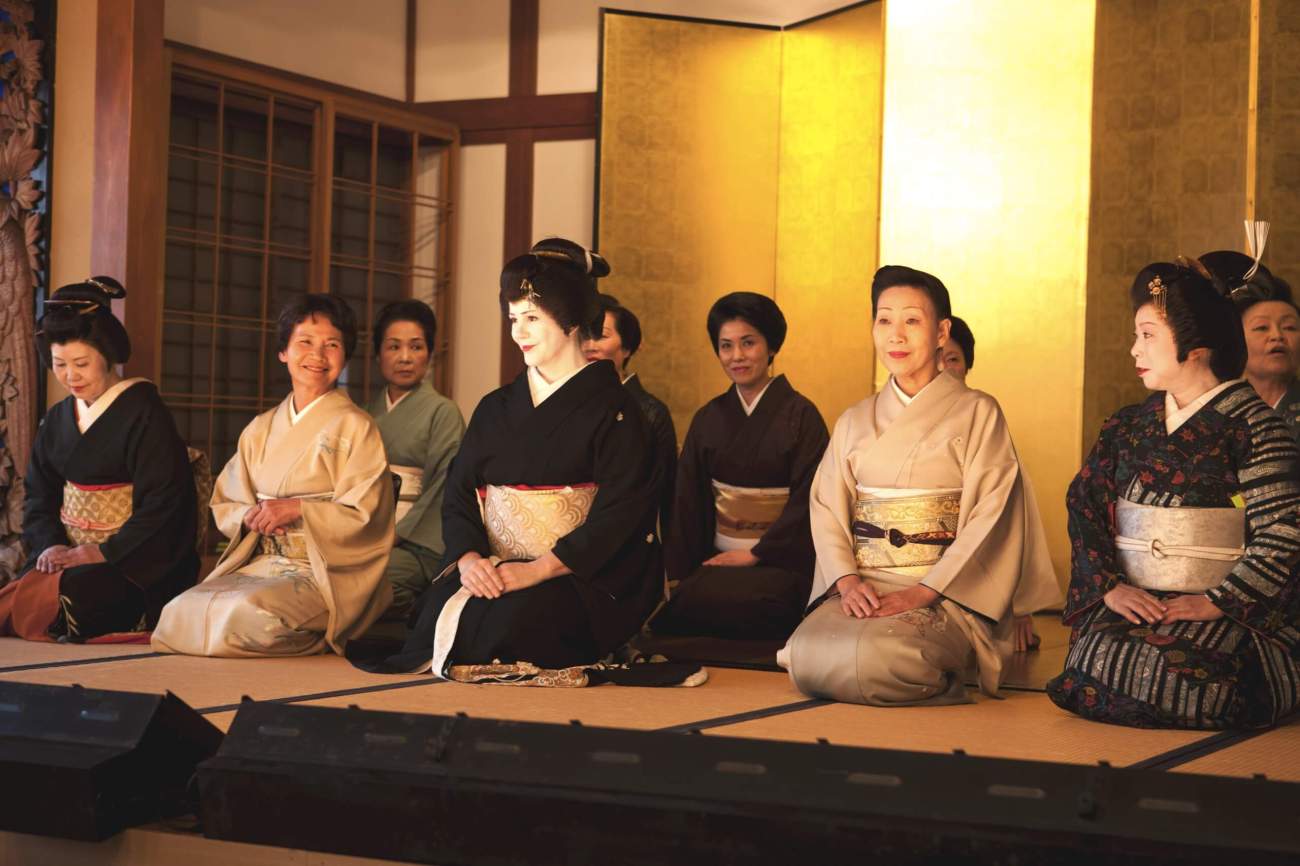 But most geisha entertainment is private. Traditional geisha often go to tea-houses where customers have dinner. About halfway through the meal, the geisha begins her performance.

If you think about it, in the days of Bach or Mozart, they didn’t sit around in a garret composing music as they pleased. They had to perform their music constantly to make a living. And usually, they did so at the houses of nobles. In other words, it was a kind of private entertainment. These private performers had to make use of their strong social skills to be invited back.

For whatever reason, this kind of private entertainment turned into large scale public entertainment in the West, like concerts or theater performances. But in the geisha world, traditional geisha entertainment has always remained mostly private.

And apart from banquets traditional geisha accompany customers in all kinds of ways. Geisha sometimes dance at weddings while the bride is changing, or even attend funerals because geisha can be relied on to be discreet and well mannered with guests.

Of course, every great performer needs an eye-catching outfit. For the traditional geisha, the elegant Hikizuri kimono is most often suitable. This kimono got the name Hikizuri, or “trailing skirt” because of its length.

As for the shoes, geisha called maiko usually wear Okubo. These shoes keep the expensive kimono clean by lifting the geisha off the ground. It also promotes walking with small, slow steps that traditional geisha are well-known for.

Life as a Traditional Geisha in Japan

Last week I had a banquet on Friday night in Tokyo with overseas customers. Then I travelled to Kyoto to attend the Gion Higashi geisha district’s annual dances on Sunday. A customer of mine arranges tickets for me for these dances each year. The geisha in Gion Higashi entertain his Kyoto clients when he is in Kyoto. He supports them by buying tickets each year to their performance. These kind of long-term reciprocal favors are the very basis of the geisha world.

Of course, tourists always want to know about how relationships between traditional geisha and their customers evolve.

Geisha traditionally would stop once they got married, so all geisha are single are hence available. This adds greatly to the romance of the traditional geisha world from the customer’s point of view. It is very possible that a geisha might fall in love with a customer, and of course, geisha encourage that hope. But like any professional, a geisha’s romantic relationships are entirely her own business. 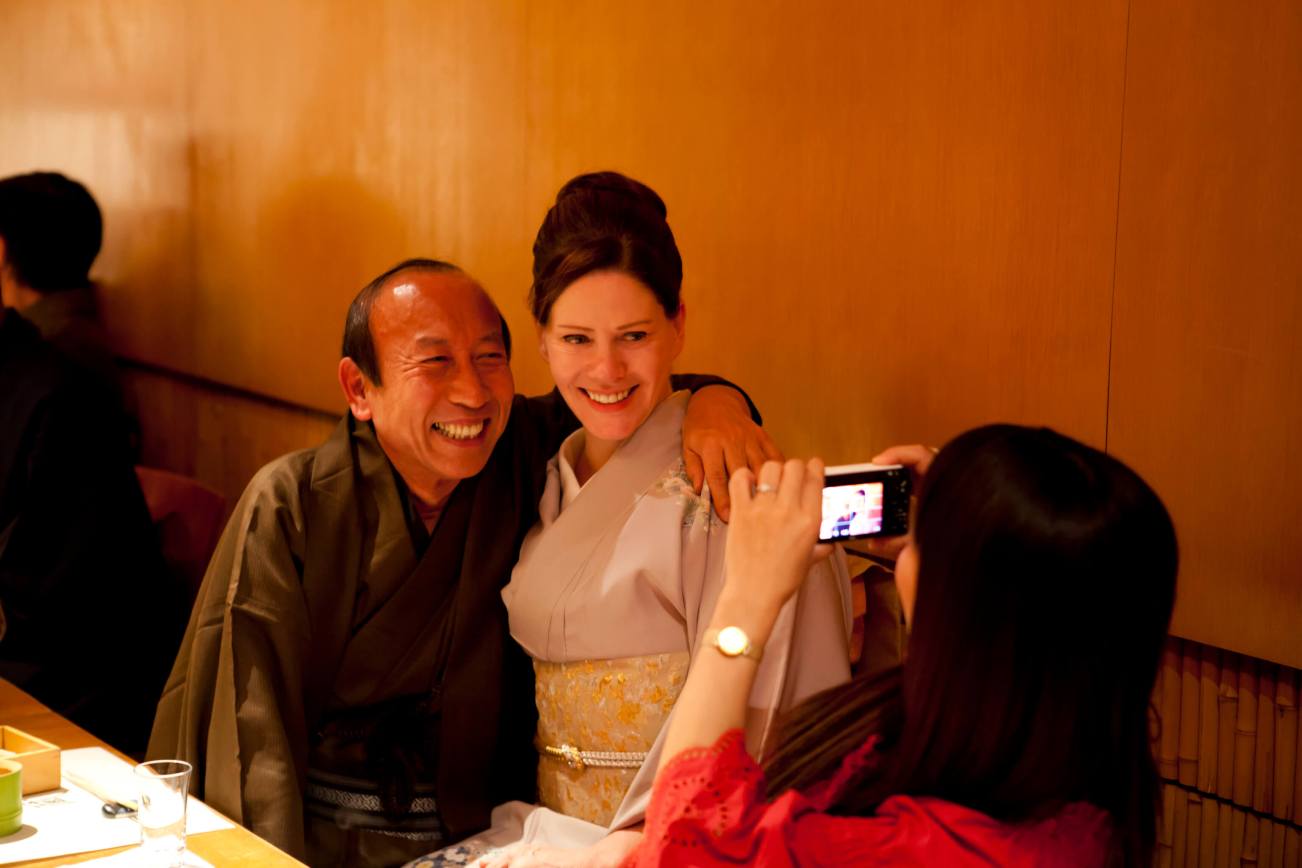