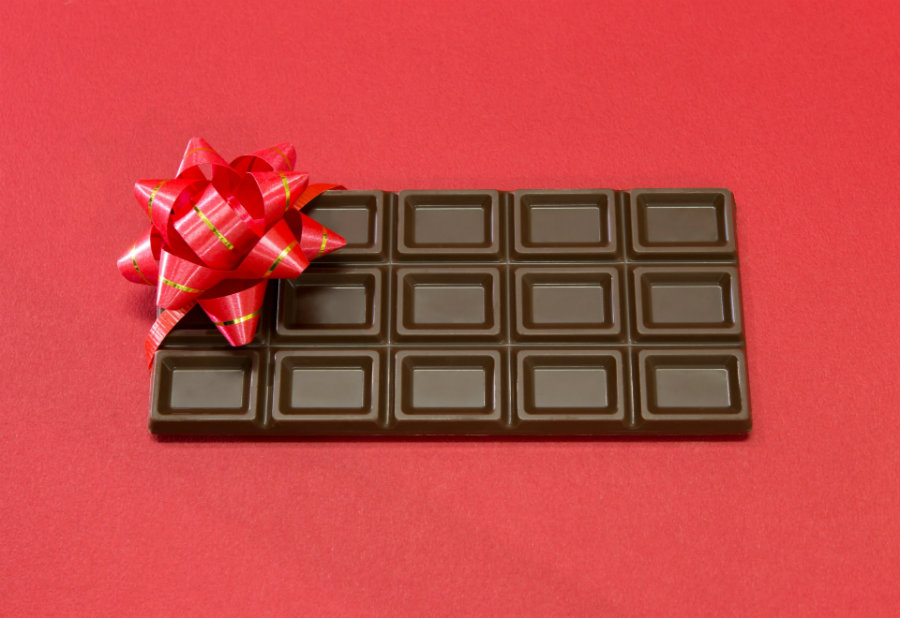 As with every other imported holiday, Japan puts its own twist on Valentine’s Day as well. If you are used to a variety of romantic gifts such as chocolates, candles, jewelry, special dinners, flowers and so on, you might be surprised that in Japan it’s chocolate only. In fact, chocolate companies make half their annual sales during Valentine’s season. But what Japan lacks in variety of Valentine’s Day gifts, it makes up in variety of chocolates. Around this time all shops and department stores are well stocked with chocolates, so even if you are not buying them as a gift, it’s worth buying them for yourself, as you can get your hands on limited edition varieties. 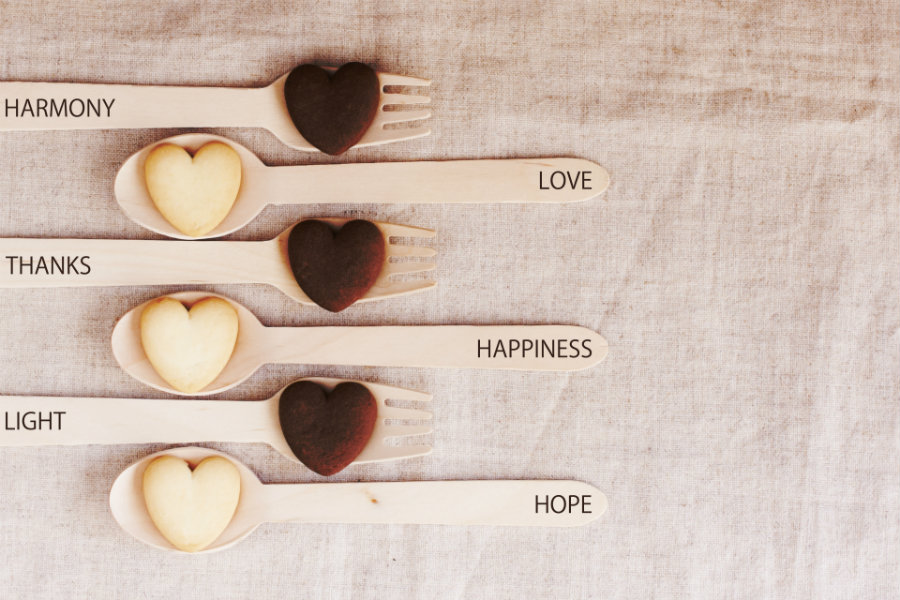 The history of Valentine’s Day in Japan

Unlike the Valentine’s Day celebrations in the West, in Japan, Valentine’s Day is not for couples exchanging gifts, it’s actually only the women who give chocolate to men. Before you start wondering if there is some sinister plot here, the anecdotal explanation is that when the holiday was imported in Japan it had the misfortune of being wrongly translated. At the time when not many people expressed feelings freely this giving of chocolates as a love confession was more than welcome. Decades later it’s part of Japanese culture and looks like it’s here to stay. But don’t think men are off the hook so easily. They have to prepare for a day called White Day. 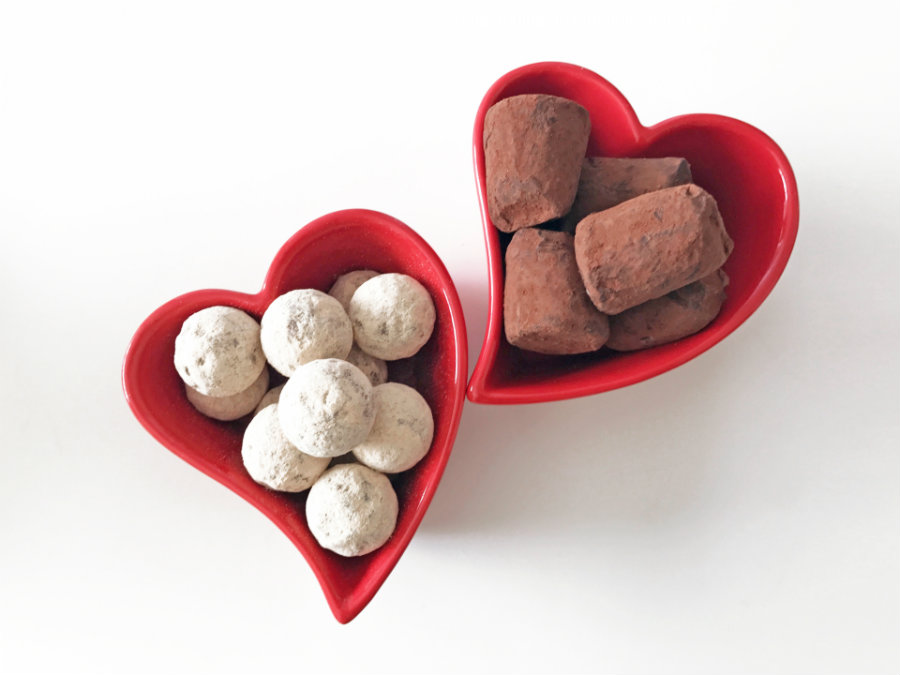 What is White Day?

A response to Valentine’s day and a chance to even out things between men and women, White Day was established in 1978 and it falls exactly a month later, on March 14th. This is the chance for men to reciprocate the Valentine gifts and it is believed that true gentlemen double or triple the worth or amount of the gift they previously received. The name comes from one of the first marketing campaigns for this holiday when a Fukuoka company marketed marshmallows as the perfect gifts. Following that, white chocolate became a favorite, although nowadays men seem to give all kinds of chocolates. The official statement nowadays is that white as a color stands for sugar and therefore everything sweet. Some men are even getting closer to the Western tradition of Valentine gift-giving with opting to gift lingerie, jewelry, flowers and so on. You might be wondering why they don’t go for the ever popular romantic Valentine date, but that date traditionally for the Japanese happens on Christmas Eve. 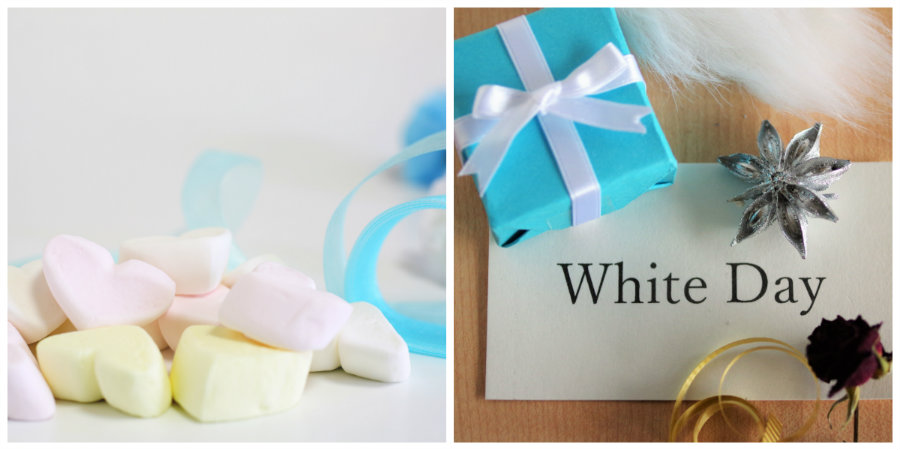 Not all valentine chocolates are equal

The choice of chocolates that companies put out for Valentine’s Day is astounding, but there are also choices the gift-giver has to make. For starters, it is really important whether you are going to buy the chocolate or buy ingredients and tools to make chocolate from scratch. It doesn’t matter if you are a good cook or not, the stores have everything covered so that anyone can make chocolate. What matters is how much effort you want to put in your chocolate gift and usually hand-made chocolates mean a lot of love and attention. 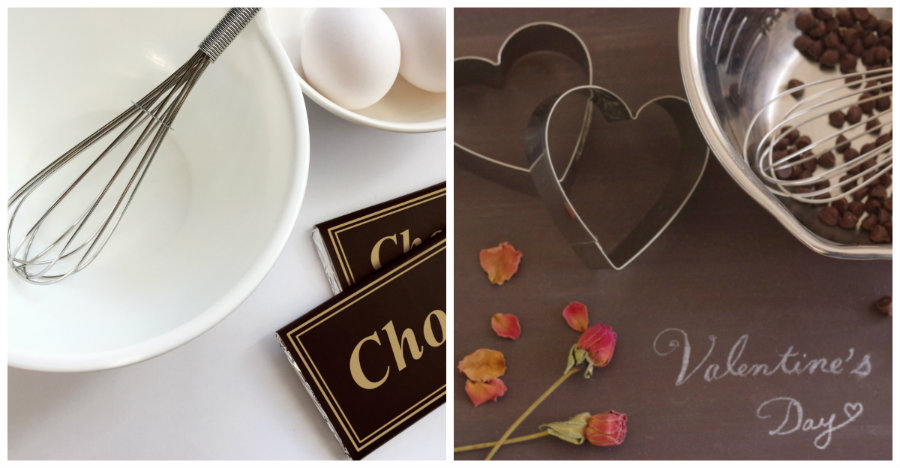 That being said, you probably understand that this chocolate is not for everyone. But then again, Valentine’s is only for your significant other, right? Well, in Japan, yes and no. You give chocolates to more people and according to that the Valentine’s Day chocolate can be separated in three categories: honmei choco, giri choco and tomo choco. Let’s break down these chocolate conundrums one by one. 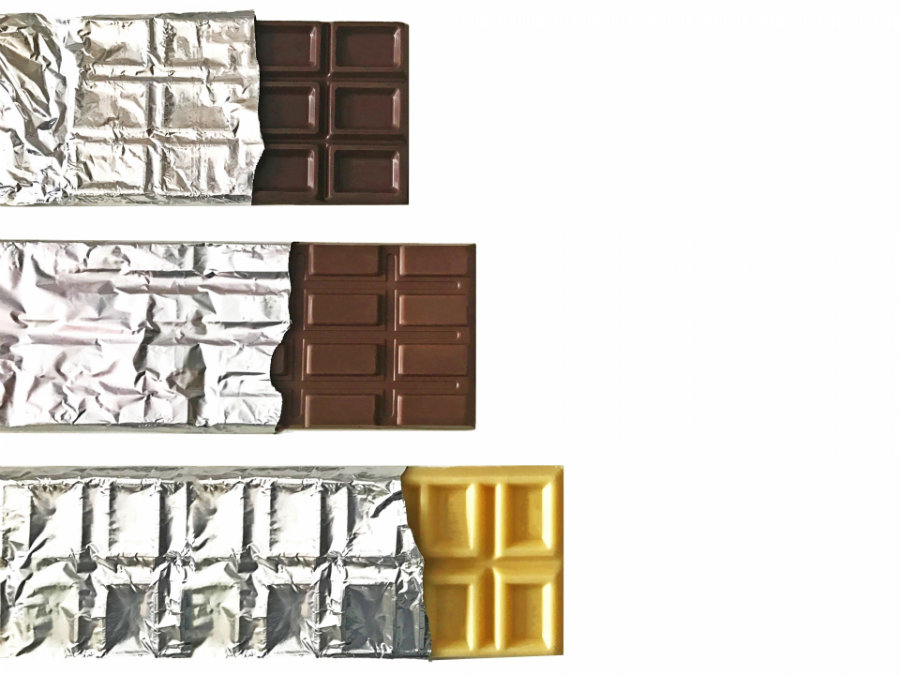 This translates as “real chocolate/real love chocolate” and as mentioned above it will probably be either hand-made or very luxurious and expensive. As the name suggests, this one is meant for the person you love or are in a relationship with and it is the closest custom to Valentine’s Day as it is known in the West. This year’s Valentine’s Day KitKat’s new unique ruby colored chocolate is said to be the most sought after. 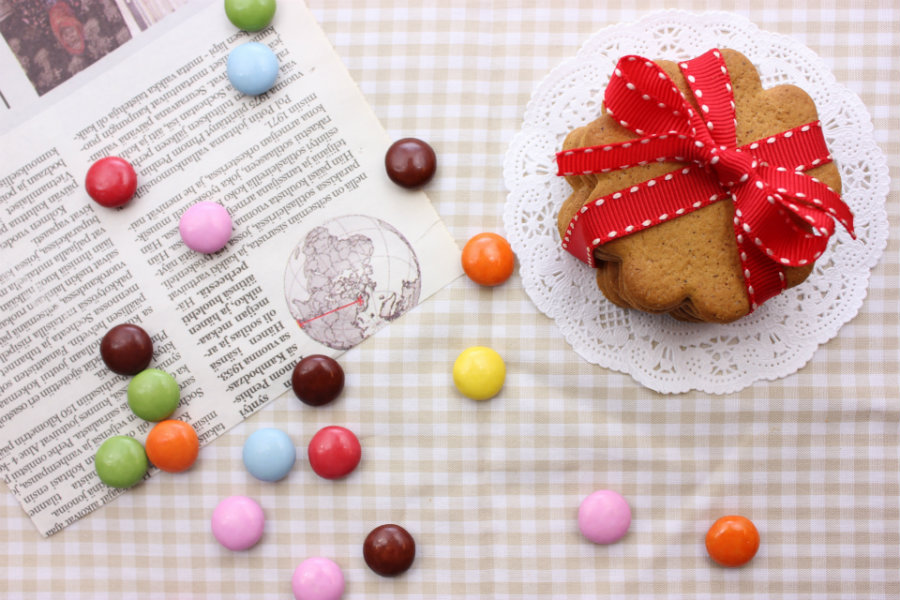 This translates as “obligatory/duty chocolate”, that is chocolate you give on Valentine’s as an obligation or a duty to men other than your love interest or significant other. These men are most often work colleagues or male family members. It’s a social obligation that probably came about because of the aspect of Japanese culture that values inclusion and a lot of people must have felt excluded if they didn’t get any chocolate. This obligation chocolate is the reason why honmei choco keeps getting more luxurious to set itself apart from giri choco which is usually store-bought and cheap, or a box of smaller chocolates passed around the office for everyone to take a piece. 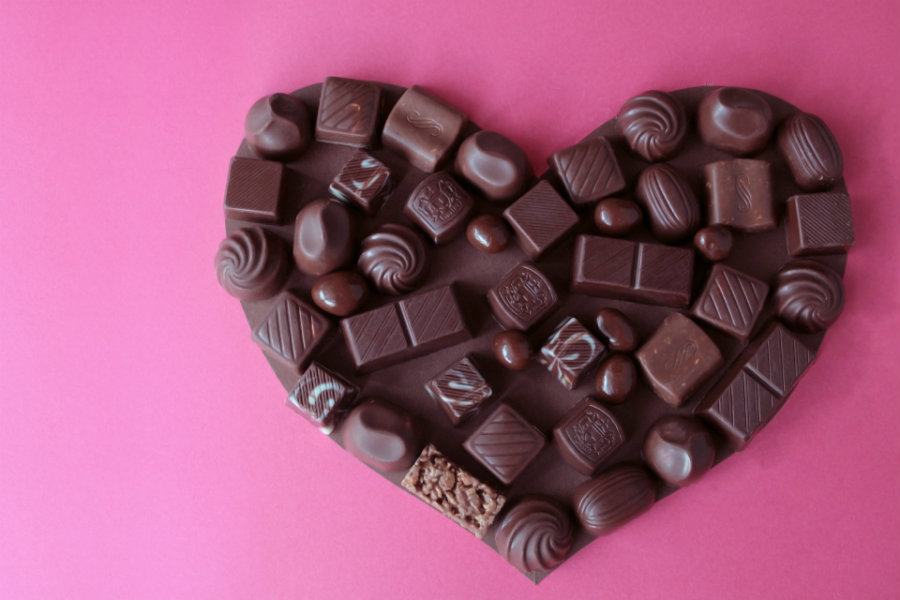 However, a lot of women dislike this outdated practice, rejoicing when Valentine’s Day falls on the weekend. Some bosses have recently formally banned obligatory chocolate and this year the luxury chocolate brand Godiva even ran an advertisement advising people to stop buying obligatory chocolate and preserve the special meaning of true feelings chocolate only. Who knows, maybe this custom is slowly on its way out of the culture. 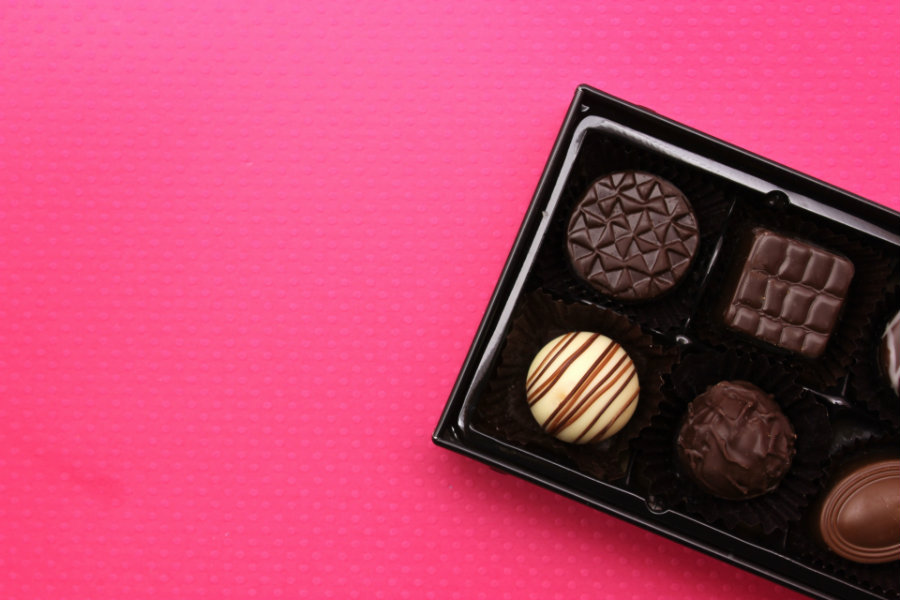 The most recent type of Valentine’s Day chocolate giving is tomo choco or “friendship chocolate”. In the same vein of not excluding anyone, girls started giving Valentine’s chocolates to their girl friends just for fun. You can never have too much chocolate, right?

Finally, it’s common wisdom that opposites make a whole, so let’s not forget single people. Both on Christmas Eve and Valentine’s Day it has been getting more and more popular to make singles’ parties on Valentine’s Day around Tokyo. So there is something for everyone to look forward to during Valentine season! 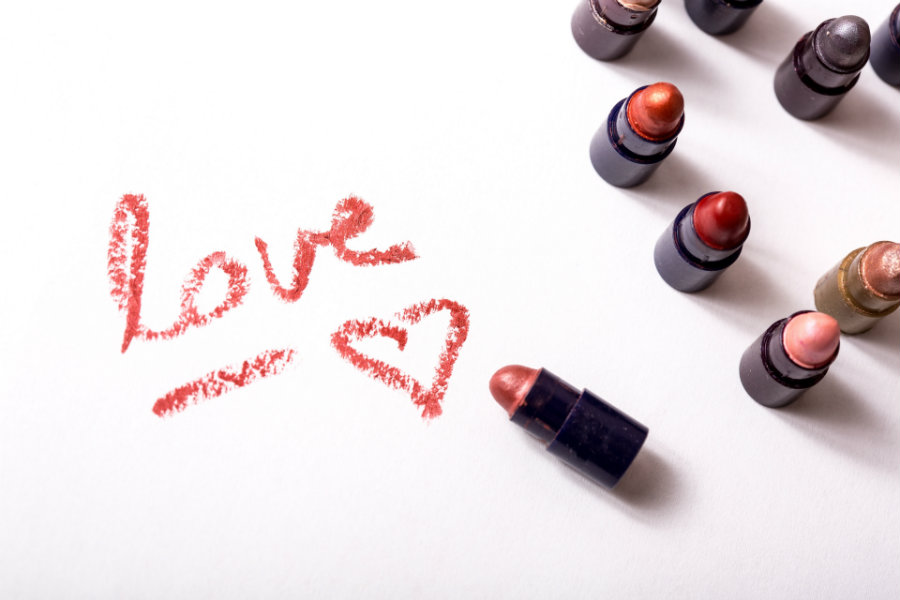