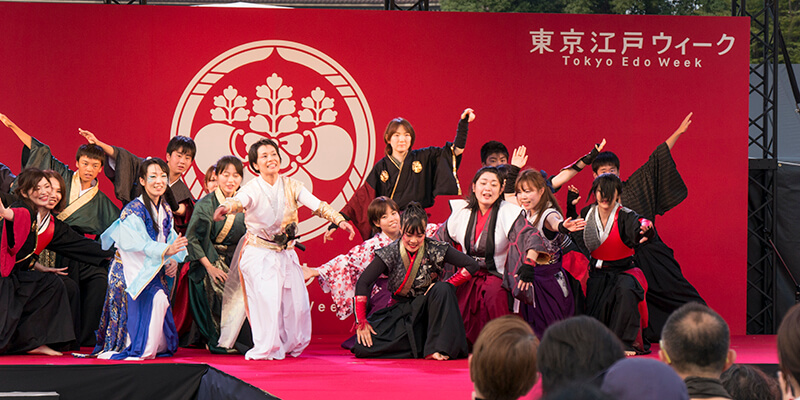 Last week Tokyo organized a new event called the Tokyo Edo Week to promote traditional Japanese dress. There were definitely more people out in kimono than usual and Wattention was there to catch them all on photo.

The stands were laid out like a traditional festival with places to sit in the middle. There were kimono shops, kimono photo studios (even a samurai one) and accessory shops. The highlight of the event was the main stage where performers showed tricks and kimono makers showed their latest creations.

The workshops were given in both English and Japanese, making it easy for foreigners to participate. With easy to understand instructions everyone was able to create a beautiful souvenir to take home. The ladies here are using traditional materials to make beautiful hairpins. 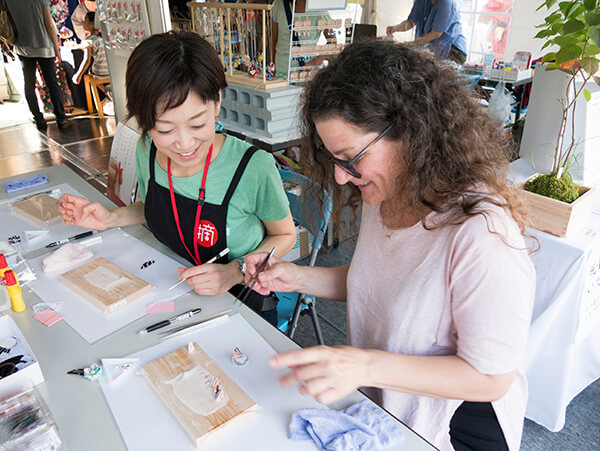 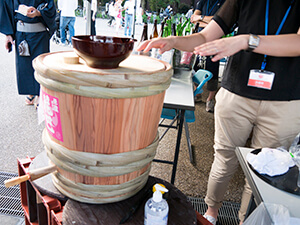 Guests in kimono received one of these traditional sake cups made from cypress wood. The smell of the wood was amazing and it makes for a beautiful souvenir. You could use the cup to try some of the vintage sake brought all the way from Nara. This sake is brewed with a traditional recipe, ensuring that you could drink the same sake as they did during the Edo period.

After having drunk sake from the cypress wooden cup, the smell became even stronger and sweeter.

On the main stage there was a kimono show, the miss Tokyo Edo beauty peageant and a sword demonstration. All three events were very entertaining to watch. It was very interesting to see furisode (long sleeve kimono) in one single color. 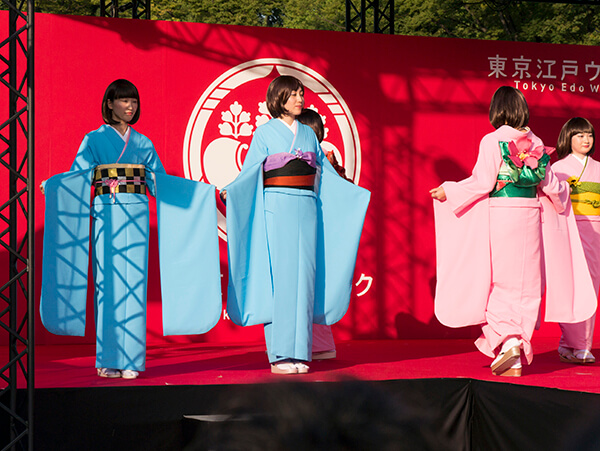 The sword show was a mix between modern dance and acted fights. It all seemed very serious at first but at the end everyone broke down in a synchronized dance. The actors looked like they were having a lot of fun on stage. 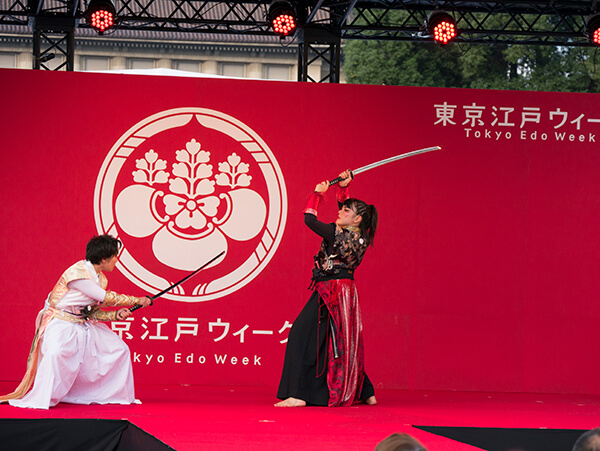 Our last stop before it became completely dark was the Kabuki experience stand. There were various masks on display showcasing all the different types of makeup a Kabuki actor can use. The choice depends on the type of role and character. 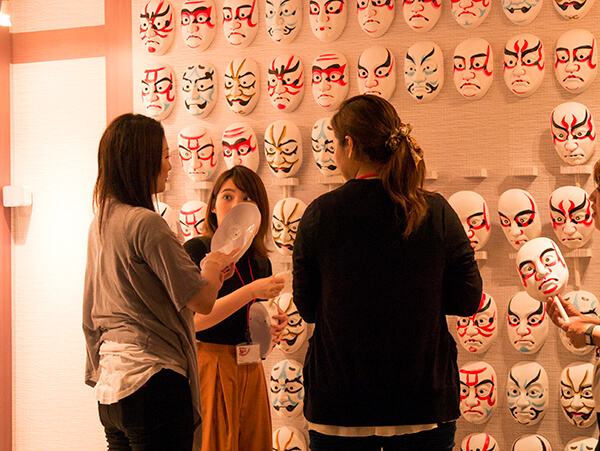 The Tokyo Edo Week was a great event to revive traditional Japanese culture. I was happy to see many happy foreigners at the event who enjoyed the food, workshops and shows. Here’s to hoping they organize a second edition next year.