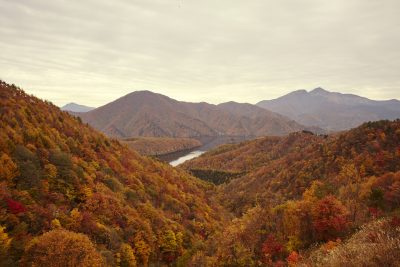 Aomori, Iwate, Miyagi, Akita, Yamagata and Fukushima — these six prefectures, along with Niigata, are the picture of idyllic perfection and home to rich cultures passed down through generations. This is where you can experience Japan in its most authentic and raw form.

Situated in the northeastern part of Honshu, Tohoku faces the Sea of Japan, the Pacific Ocean and the Tsugaru Straits. While Japan has made great strides in development over the past centuries, the Tohoku region retains its old-world charms, traditional lifestyles and culture. Astounding sceneries, shrines with long histories, and a unique way of life maintained by friendly people making distinctive local dishes; every spot and every person has a story waiting to be discovered.

It’s time to embark on an exciting journey in search of the Japan you don’t quite know.

Winter in Tohoku: A memorable vacation with furry friends

The Tohoku region can get extremely cold in winter, but it’s easy to forget all about that when you’re surrounded by adorable native animals. For animal lovers, spend some time at the Zao Fox Village in Miyagi-ken or head to Akita-ken to see Japan’s indigenous Akita Inu.

Winter in Tohoku: A plethora of winter activities for all! Enter the snow kingdom of Tohoku

Covered in the thick snowfall of Tohoku, the vast expanse of white stretching as far as the eye can see is a familiar sight to anyone who has experienced the harsh winters of northern Honshu. Many travellers looking to experience the gorgeous sights in store for them make their way to this region every year to enjoy the fluffy white snow and winter activities. Step into the snow kingdom of Tohoku and discover its charms for yourself! 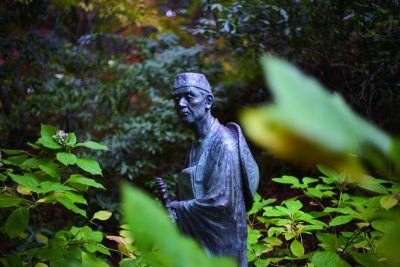 Known as the greatest haiku poet in Japan, Matsuo Basho left Edo, present day Tokyo, in 1689 to set out on a 150-day journey to Tohoku and Hokuriku. His various experiences during the trip inspired a haiku-filled travelogue that was later published under the title “Oku-no-hosomichi” ( 奥 の細道 ), meaning “The Narrow Road to the Deep North”. Today, the book is considered one of the best works in Japanese literature.

During his venture, Matsuo Basho spent many moments admiring the scenery and penning down haiku poems which captured the emotions he felt there and then. These actions are similar to what modern travelers do when on vacation; we share a photo or video with a caption expressing how we feel in that moment. Let us now retrace the haiku master’s and also adventurer’s footsteps to find out the source of his inspiration.

The Start Of His Journey

The Sea of Japan lined with Hina Dolls: A timeless love story 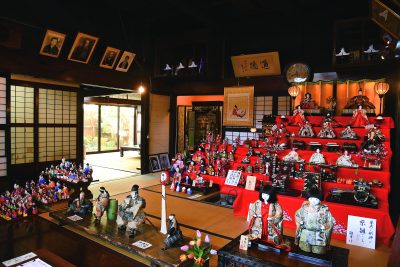 Every year on 3rd of March, Japan celebrates Hina- matsuri, also referred to as “Doll’s Day’ or “Girl’s Day”. During this time of the year, it is customary for Japanese parents to display ornamental dolls or Hina dolls and pray for the happiness and health of their daughters as they grow up. Some elaborate displays even feature a magnificent five-tiered stand, commonly referred to as the hinadan. Each platform holds dolls of unique origin, and some of them have even been passed down in the family for generations. Hina dolls not only symbolize the love parents have for their daughters, but also embody the rich culture and heritage of Japan.

The coastal region along the Sea of Japan in Tohoku prospered as ports for kitamaebune( 北 前 船, northern-bound ships) cargo vessels during the mid-18th century to early 19th century as it connected Osaka and Hokkaido. These ships not only facilitated the transport of commodities but also facilitated cultural exchanges between the eastern and western regions of Japan. In particular, the Kamigata culture―inclusive of elements of Edo period urban culture―still lives on today in modern Japan. Similarly, the Hina Doll Streets present in Murakami (Niigata-ken) and Tsuruoka and Sakata (Yamagata-ken) are also great examples of how the past continues to live in the now.

The Hina dolls of Murakami

The Hina dolls of Tsuruoka

The Hina dolls of Sakata

To enjoy all the different faces of Tohoku, visit our 2018 Spring & Summer edition! 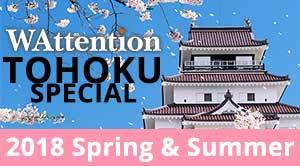