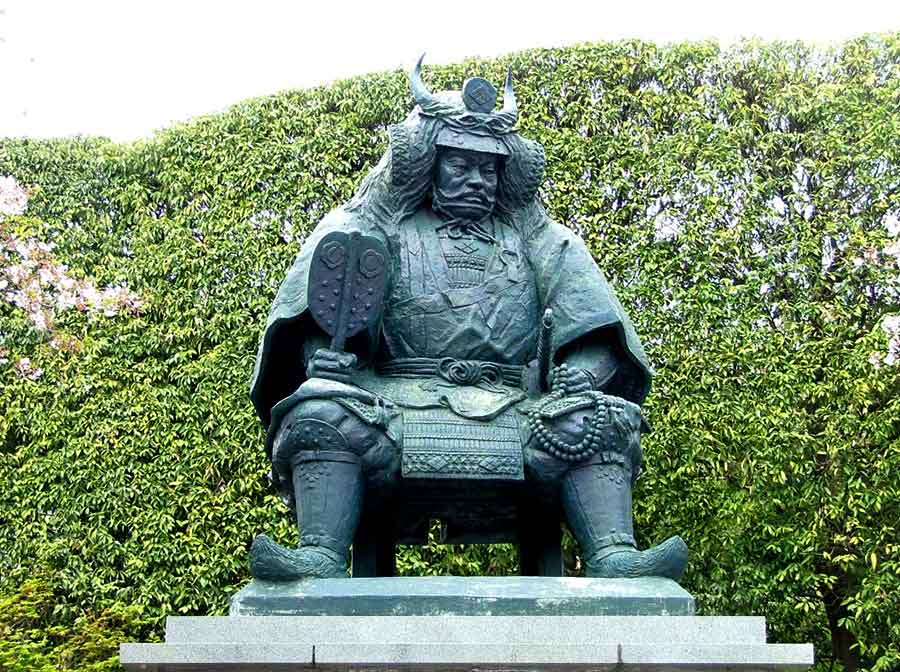 Located in front of the Kofu train station, you can’t miss the magnificent warrior statue! As though overlooking the well-being of the Kofu City, he seemed to be like a fatherly figure for locals. Tour guides lite up with pride when talking about Yamanashi’s local hero. It was Lord Takeda Shingen, one of the most respected military leaders in Japan and a general of Kai Province (Yamanashi today) during the Warring States period (1467–1603). Known for his tactical skills, he is also famous for the criminal and civil code he put into place, which some say Tokugawa Ieyasu referenced for the base of his government when unifying Japan under one rule. Though Lord Takeda did not rule over a large part of Japan, the mountain ranges encompassing his territory gave him a strong fortress. 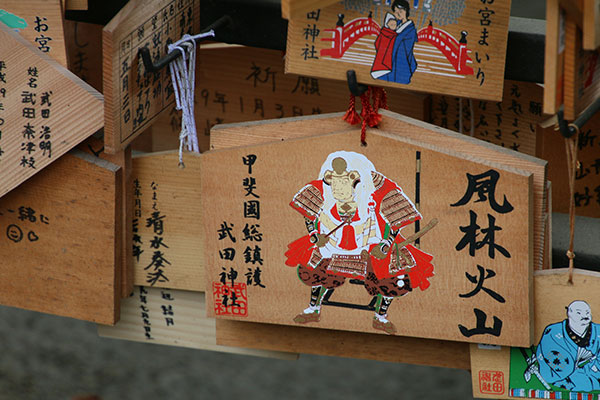 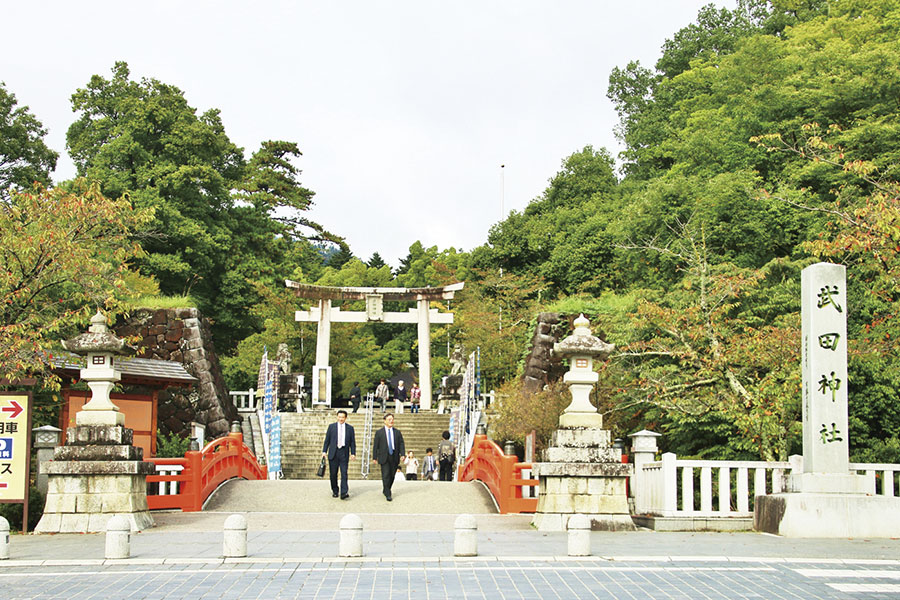 There are many kinds of shrines throughout Japan, but few of them are dedicated to a leader who has passed on over 300 years ago! Built on the original grounds of the home his father built, which three generations of Takeda clan ruled over for 63 years, you can still see remains of the original outer structures as you stroll through Takeda Shrine. During late March and early April, you can enjoy a thousand cherry blossom trees that line the main road leading from Kofu Station up to the shrine (about a 30-minute walk). It was truly a beloved leader who lives on in the spirit of the locals. 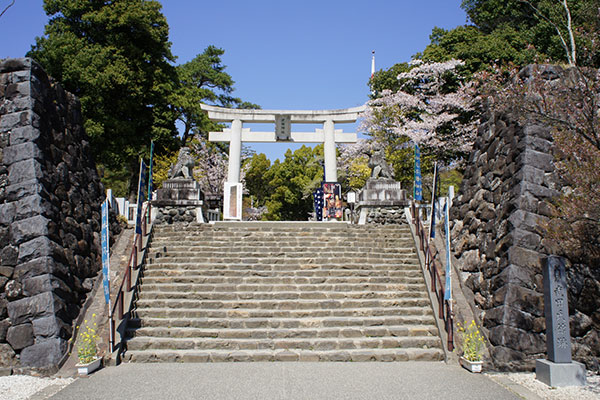 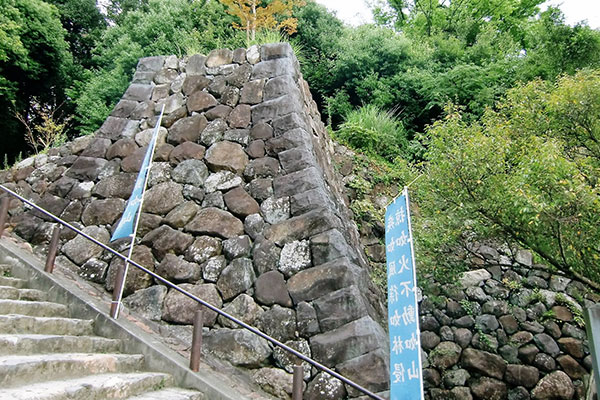