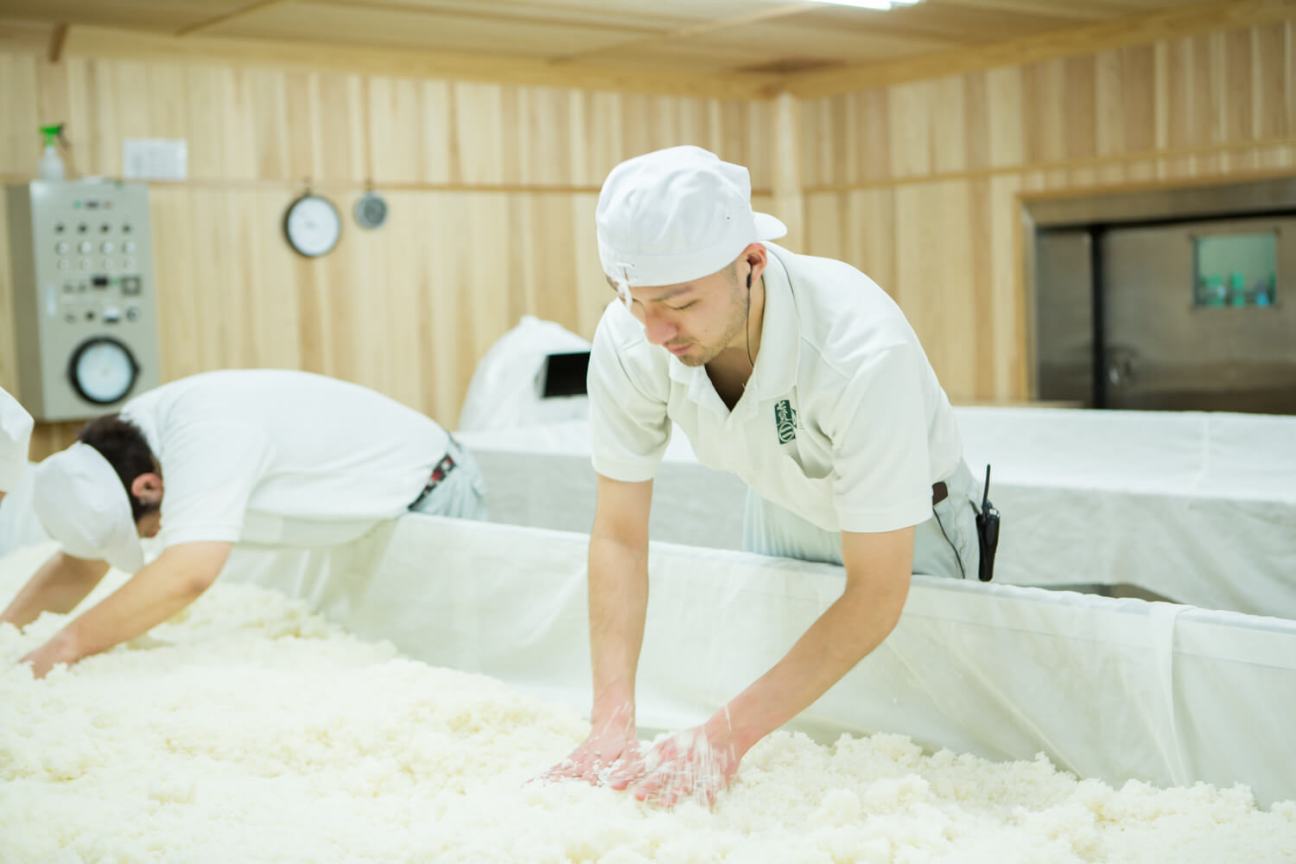 A brewery that is a world of its own

Yamanashi Prefecture Hokoto City’s Hakushu area might be famous for Suntory’s Hakushu Whiskey, but did you know that it is also home to long-established sake brewery, Shichiken? WAttention went to check it out, and quickly came to the conclusion that Shichiken is much more than just a sake brewery. It is a museum, a restaurant, a cafe, and you could even call it a world of its own! 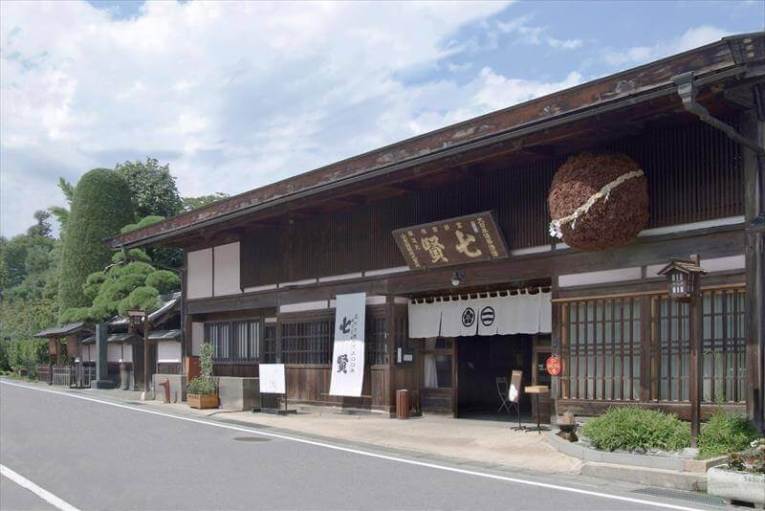 Shichiken as a brewery:

Shichiken is a Japanese sake brewery with over 300 years of history, and has been run by the Kitagawara family for 12 generations. Rather than secretly developing techniques without opening up to the public, the young Kitagawara brothers take a more modern approach towards their craftsmanship, welcoming anyone to come and observe the process of sake brewing, and even to see the Kojimuro (a room where the malt is dried), where traditionally not even workers at the brewery were allowed to enter unless they were involved in the process.

Sake tasting can be enjoyed near the brewery’s entrance and is sipped from wine glasses. While this may sound unauthentic, wine glasses have proven to be best for sake, as their round shape allow you to enjoy its fragrance more.

Shichiken as a museum:

The Shichiken brewery’s main building is almost 200 years old. In 1880, Shichiken had the honor to receive Emperor Meiji to stay at the brewery during his journey in Yamanashi, Mie and Kyoto. The Kitagawara family redesigned three complete rooms for the Emperor to function as his palace away from palace, which has been left completely intact.
Upon his arrival, Emperor Meiji passed through Shichiken’s main gate. This gate was never used again to this day, as it would be odd to have ordinary people pass the same gate the holy Emperor has passed.
Until it became a museum for visitors, not even the Kitagawara family entered the three rooms Emperor Meiji emperor stayed at, despite the fact that these rooms make up for the major part of their residence. One of the Kitagawara brothers told me that as a young child, he did not know what was in these rooms, and was scared of it. Having lost 3 rooms of their house, the Kitagawara family continued to live in the smaller rooms that were left over. 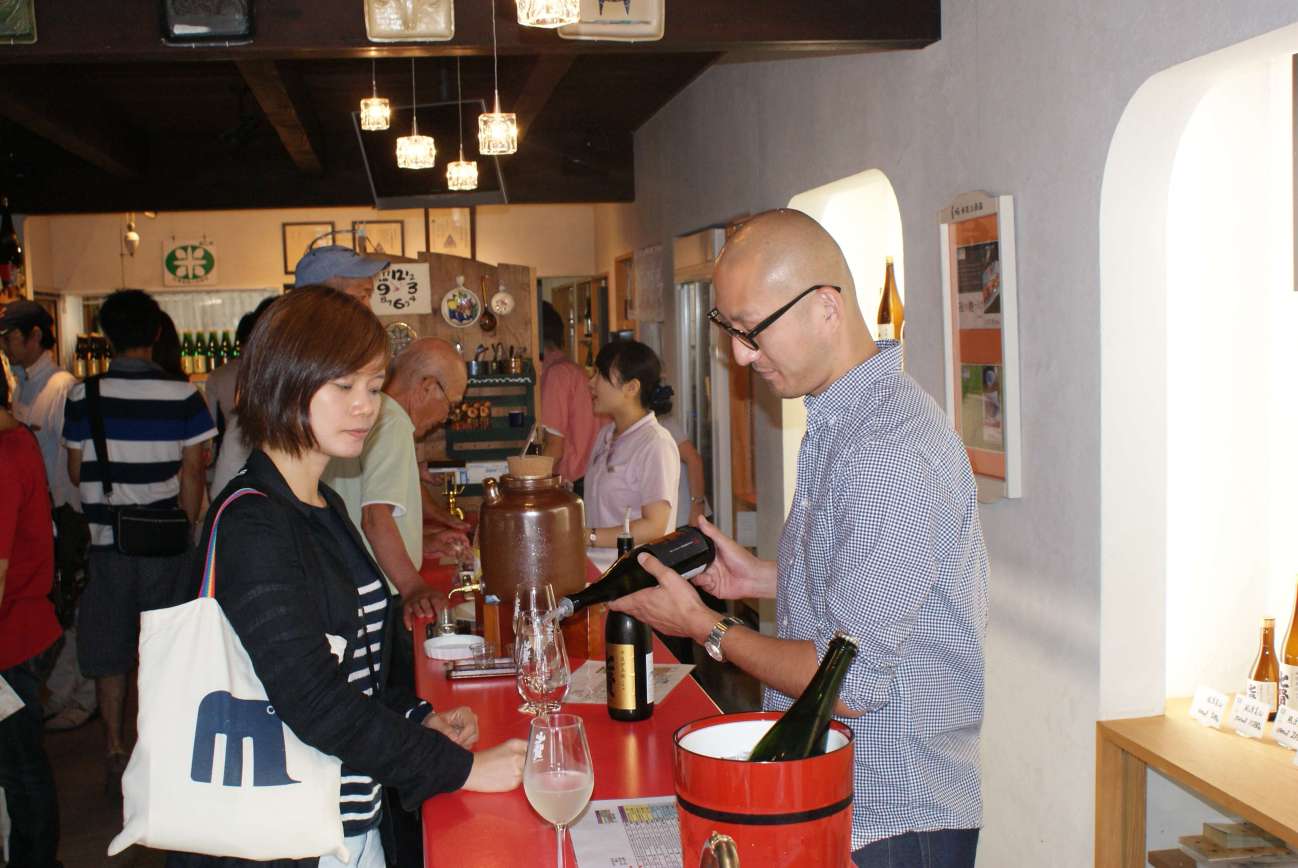 Shichiken as a restaurant:

Next to Shichiken, is restaurant Daimin, which belongs to the brewery. The water served on your table is the same water used for Shichiken’s sake.
Daimin uses fresh meat and vegetables from the region, but what makes it special, is that these ingredients are prepared using sake. For example, the fried salmon on this picture was coated in a sauce made of malt left over from the sake. Stewed dishes use sake instead of wine, vegetables were pickled in sake lees and even the delicate dessert had a tint of sake fragrance to it. The result is not only delicious but also environment-friendly as ingredients left over from sake brewing can be used here. That’s the mottainai (a Japanese philosophy of not wasting anything) spirit! 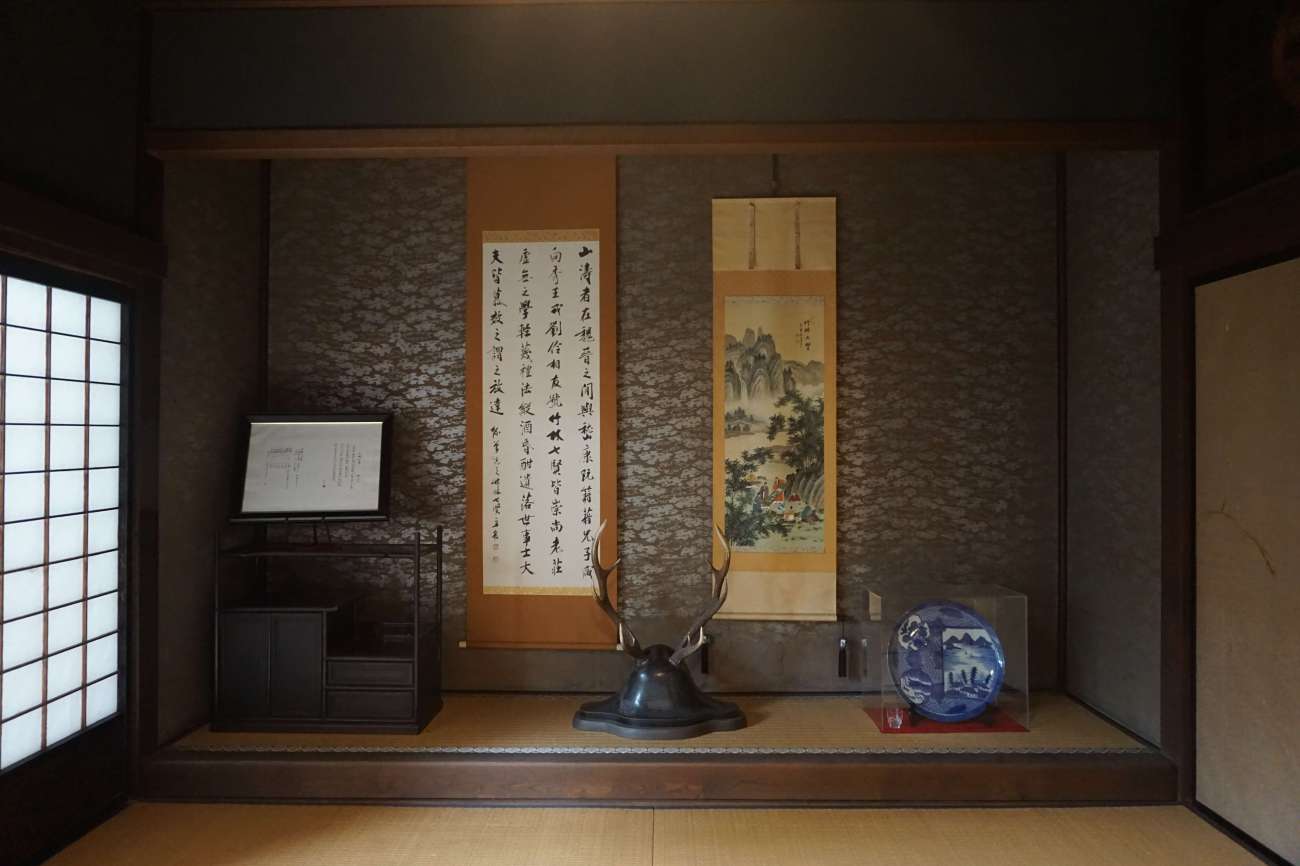 Shichiken as a cafe:

In the same mottainai spirit as that of Daimin, Koji’z, a small cafe located inside the brewery, uses malt left over from sake brewing to create yummy “Koji smoothies”, or malt smoothies. Their natural sweetness is their greatest appeal, as no artificial sugar is added, using only the original sweetness malt contains. These are mixed with local fruits as peach and blueberry, resulting in a healthy yet yummy (alcohol-free) drink dessert. 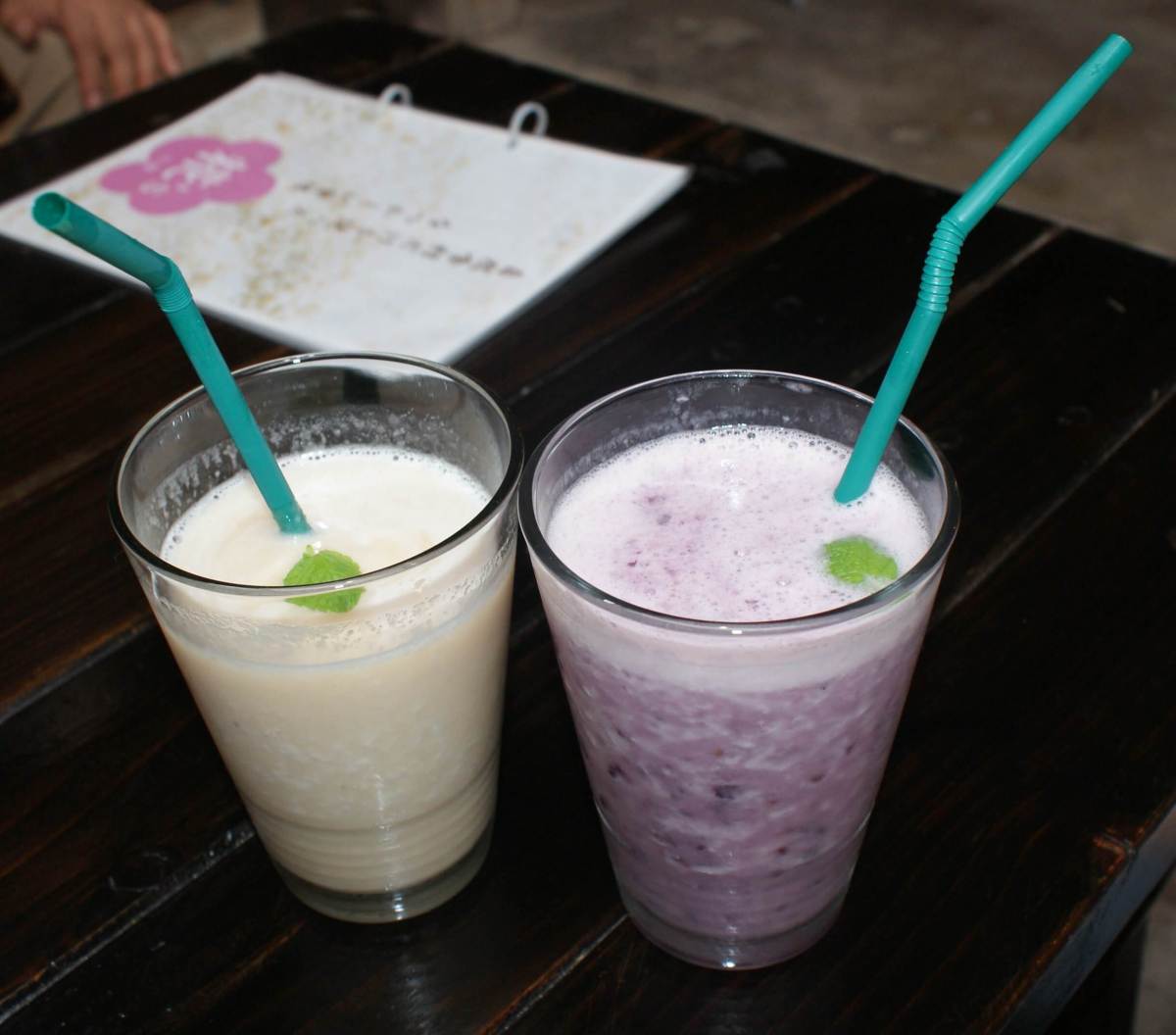