Japan has a rich cuisine culture, but it’s not just about sushi, sashimi or yakisoba. It’s been said that Japan takes everything of the world and makes it its very own. The place this is most evident is in Yoshoku, which literally means western cuisine. Yoshoku boasts many western-looking dishes that are given a uniquely Japanese twist that can actually only be found in Japan.

Let’s have a look at some of Japan’s most popular western and Chinese dishes that, in fact, don’t come from too far.

“The Japanese love rice so much that it should even be in gratin” thought Saly Weil, chef of Hotel New Grand in Yokohama in the 1930s. The dish was named D’Oria after the prestigious Prince of Melfi in the Republic of Genoa, Andrea D’Oria. The name was later transliterated into Japanese as doria, and history was written.

Ingredients vary, but doria is essentially a gratin made with rice instead of noodles, with potatoes, vegetables, shrimp and seafood. It’s mixed together in a white cream sauce, covered with cheese and baked in a miniature Dutch oven.

This common dish can be found at pretty much any “family restaurant” or Yoshoku restaurant in Japan today, and are always one of the more popular options on a menu. Doria is also an ideal choice as a TV dinner, since it can be easily found in the frozen section of any market or combini.

Saly Weil’s successor at Hotel New Grand was Shigetada Irie, who witnessed American soldiers chow down on their spaghetti mixed with the ketchup sauce from their military rations. He adapted the idea, but added the step of frying the spaghetti in an iron hotplate in similar fashion to that of making Yakisoba, or Japanese fried noodles. Napolitaine’s sauce is a usually mixture of ketchup, Tabasco, milk and Worcestershire sauce. Common ingredients include green bell peppers, onions, mushrooms, bacon and wieners.

As its name suggests, Omurice is a portmanteau of “omelet” and “rice”. Toppings and ingredients vary, but it most commonly consists of a shaped portion of chicken rice (fried rice with chicken and tomato sauce) topped up with a savory omelet, and covered by ketchup, demi-glace, mushroom cream sauce. During the early 20th century, the dish was prepared as a quick stomach-filler for the staff of Rengatei, a Yoshoku restaurant in Ginza. The customers soon started requesting that the restaurant bring the dish to the regular menu, and so marked the first time Omurice was served to the public.

No, this is not curry, but rather “Hayashi rice,” a dish of beef and onions stewed in a demi-glace sauce that consists of tomato sauce and red wine. There are several stories behind the origin of this savory dish – one is that it was invented by a cook named Hayashi who served this at staff meals at the Ueno Seiyoken yoshoku restaurant. Another theory is that it has its roots in “hashed beef”, and evolved into a Japanese loan word of it: “hayashi.” True origins aside, this is an undeniably delicious dish that is a must try for anyone who likes a good stew.

Tenshin is the Japanese name for Tianjin, a Chinese harbor city located near Beijing. However, tenshindon, a crab fried rice omelet dish with starchy sauce, could not be found anywhere in the city until Japanese tourists started asking for it. Chinese restaurants caught wind of this and recognized the lucrative business opportunity. There are various theories as to exactly when and how tenshindon was created, but all indications are that the dish is at least 100 years old and has its origins in Japan.

While pizza is the most universally recognizable item on this menu, a closer look at most pizzas in Japan will reveal that they are anything but ordinary. Pizzas in Japan usually start with the traditional pizza dough, pizza sauce and cheese, but take some wild turns when it comes to the rest of the toppings.

Some of the most common toppings include mayonnaise, shirasu (immature whitefish), miso, teriyaki, natto (fermented soybeans), and mentaiko (cod roe). More daring individuals may decide to go for squid ink sauce with slices of squid and dried seaweed! Any apprehension about these non-traditional pies will soon fade after the first bite, because these creative dishes aren’t just for the awe-factor – they’re really good! 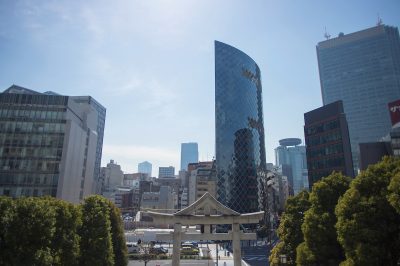